The Try Guys speak out following Ned Fulmer drama, will edit him out

The Try Guys are “incredibly shocked and deeply hurt” over the way Ned Fulmer exited the group.

In a video published Monday, three-fourths of The Try Guys — Eugene Lee Yang, Keith Habersberger and Zach Kornfield — spoke out on camera for the first time since Fulmer exited the YouTube channel following an internal review of what he said was a “consensual workplace relationship.”

“As a result of a thorough internal review, we do not see a path forward together,” read a Sept. 27 statement posted to the official @tryguys Instagram account. “We thank you for your support as we navigate this change.”

Yang, Habersberger and Kornfield “wanted to give (fans) a timeline on what’s transpired and some transparency into our decision making.” Kornfield added that throughout the YouTube video posted Monday, “there will be things that we want to say or go into further” but there are “some legal issues we have to consider as we go through everything.”

Habersberger said “multiple fans alerted” them on Labor Day weekend that Fulmer had been spotted with an employee “engaging in public romantic behavior.” He added Fulmer “confirmed the reports” and also confirmed “that this had been going on for some time.”

He continued: “We had no idea this was going on.” 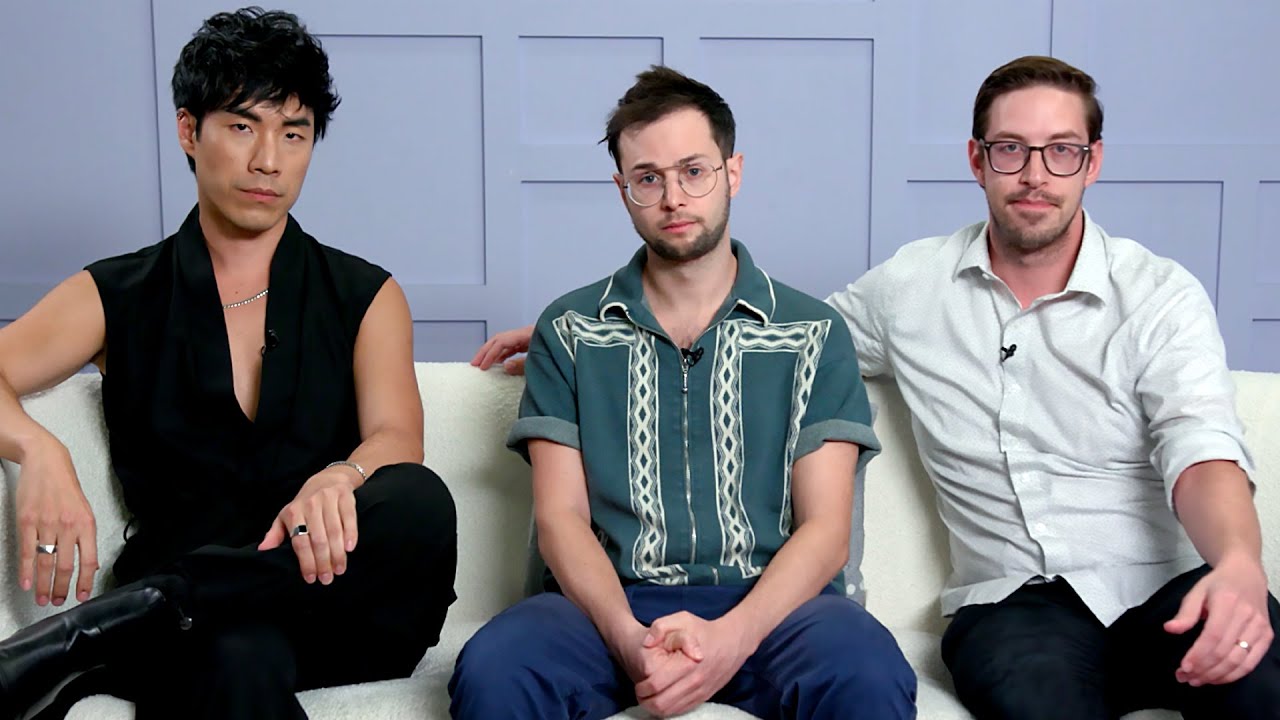 The channel’s statement issued in September did not elaborate on what sparked their internal review or what the review entailed, though Fulmer and his wife spoke out in separate social media statements shortly after the Try Guys’ announcement at the time.

“Family should have always been my priority, but I lost focus and had a consensual workplace relationship,” Fulmer wrote. “I’m sorry for any pain that my actions may have caused to the guys and the fans but most of all to Ariel. The only thing that matters right now is my marriage and my children, and that’s where I am going to focus attention.”

Ned and Ariel have been married since 2012 and share two sons.

From the beginning:YouTuber Ned Fulmer ‘no longer working’ with The Try Guys after ‘consensual workplace relationship’

“And thus began a three-week process of engaging with employment lawyers, corporate lawyers, HR, PR and more, in order to make sure we were taking all the necessary steps from the jump,” Yang said in the video Monday, adding they took “this very seriously.”

“We refused to sweep things under the rug,” he continued. “That is not who we are and is not what we stand for.”

According to the group, Fulmer was “immediately” removed from work activities. They also opted to remove Fulmer from new video releases pending the results of the internal review.

Additionally, “there are several videos that we’ve deemed as fully unreleasable, you will never see them and that is due to his involvement. And that’s a decision that has cost us lots of money. We will not be able to recoup that money but it’s a decision we stand by proudly,” Habersberger said.

Kornfield added the group cannot talk about the details of the review, but “suffice to say we found that Ned had engaged in conduct unbecoming of our team and we knew that we could not move forward with him.”

Yang said the group was “incredibly shocked and deeply hurt by all of this.”

“This is someone who we’ve built a brand and a company with for eight years (and) we feel saddened not just personally but on behalf of our staff and our fans who believed in us,” Yang added.

“I don’t know that we’ll ever be able to fully articulate the pain we feel at this moment,” Habersberger said. “We’re losing a friend.”

Kornfield added their “primary focus right now” is making sure the rest of their staff feels “comfortable and proud coming to work.”

What’s it like to be an influencer? Jenny Mollen dishes on free stuff — and all the strings attached

Following the Fulmer scandal, The Try Guys also changed its logo on social media platforms – in place of its signature blue, green, pink and purple quadrants with cartoon renderings of each of the four members, is now an outlined image of a triceratops with an orange background.

The Try Guys, which boasts more than 7.8 million YouTube subscribers, began as a BuzzFeed webseries in 2014 that chronicled founders Kornfeld, Habersberger, Yang and Fulmer’s zany exploits in trying new things – experiencing labor pain simulation, baking without a recipe, taste-testing everything on a fast food chain’s menu and driving while intoxicated (under professional supervision), to name a few.

In 2018, the four left BuzzFeed and founded their own production company to continue the Try Guys brand. They have since expanded to hire multiple employees and feature spinoff video series, a documentary, a tour and podcasts featuring other team members as well as spouses and partners of the Try Guys – including Fulmer’s wife, who he has frequently collaborated with professionally and identifies himself as her husband in his social media bios.