HomeUS NewsBruce Springsteen sings soul on 'Only the Strong Survive': Review
US News

Bruce Springsteen sings soul on ‘Only the Strong Survive’: Review

During his recent epic interview with Howard Stern, Bruce Springsteen confronted the inevitable question: At 73, is he thinking about retirement?

“I can’t imagine it,” Springsteen responded. “I don’t know if I’ll be doing three-hour shows, but I have so many different kinds of music that I can play or do.”

Some might look at “Only the Strong Survive,” Springsteen’s 15-song collection of covers that pulls from Motown and the soulful sounds exported from Philadelphia and Memphis in the 1960s, as a pointless indulgence.

If Springsteen can play so many kinds of music – which we know is the truth – then why choose a covers album as the solo follow-up to 2020’s “Letter to You”?

Because it makes him happy. And, any eye-rolling aside, it will make you happy, too.

Taylor to tour: Swift will hit the road for the first time since 2018

Though the E Street Horns make many appearances, as well as familiar names in the Springsteen universe (Soozie Tyrell, Curtis King Jr.), the album – out Nov. 11 – is clearly a project of affection for Springsteen.

The man has given us multitudes of his own reflective lyrics and robust anthems. He loves these classic songs and he wants his fans to experience that same joy. Go with it.

Here are some highlights of Springsteen’s stroll through the soul archives.

‘Only the Strong Survive’

Springsteen’s weathered rasp powers the early verses before a pumping bass line carries the Gamble & Huff-penned song, a hit for Jerry Butler in 1968. Hand claps and background vocals from an angelic combination of Tyrell, Lisa Lowell and Michelle Moore inject the music with extra zip.

The swinging toe-tapper is one of two songs featuring the always-welcome warm vocals of Sam Moore, who blends in quietly. Springsteen casually chuckles while singing about rolling up his sleeves “like James Dean, thinking I was still 19” and the Dobie Gray song sounds as familiar as anything from Springsteen’s own repertoire. Make sure to stick around for the bantering between Springsteen and Moore as the song fades out. 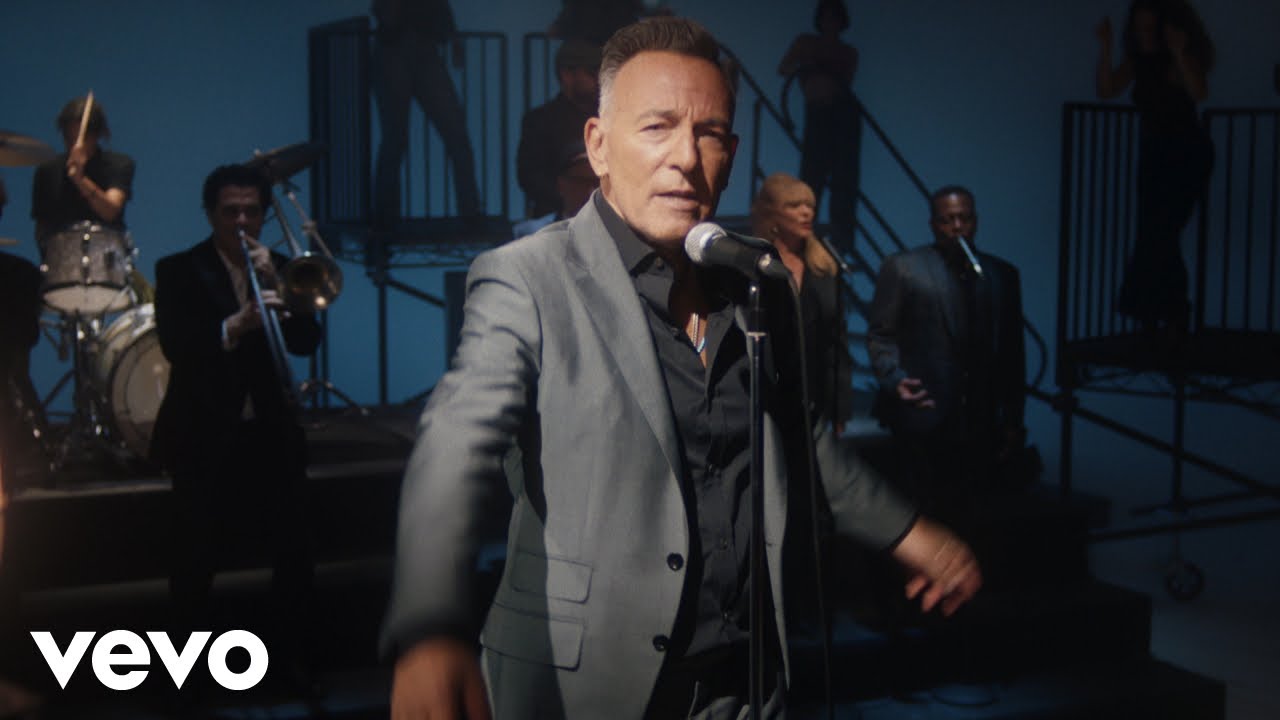 This 1985 shuffler from The Commodores is a relative youngster compared with most of the other selections on the album. The song is a tribute to Marvin Gaye and Jackie Wilson, so the original vocal from Commodores drummer Walter Orange is steeped with aching for his deceased friends. But Springsteen is equally convincing as he pays homage.

‘Turn Back the Hands of Time’

As the 1960s turned into 1970, the music got a bit slicker, which is notable on this No. 1 R&B Tyrone Davis blockbuster. Springsteen’s vocal is especially definitive – he sounds like Preacher Bruce from those storied concerts with the E Street Band. When he sings, “if I had just one more try, I’d be yours alone ‘til the day that I die,” his gravelly voice is ready to explode from his yearning. The mid-song key change coupled with a brass break is also heavenly.

‘When She Was My Girl’

A clear guitar solo adds a touch of rock edge to the otherwise glistening song. You can envision The Four Tops – who charted with it in 1981 – doing their patented dance moves behind Springsteen as he reaches deep to hit some guttural long notes. But then he showcases his vocal versatility, taming his voice to express depths of regret.

‘I Wish It Would Rain’

It’s a tall order to follow the vocals of David Ruffin, who sang lead on The Temptations’ melancholy song, released in 1967. But the downbeat ballad, colored with piano and swirling strings, gives Springsteen a chance to emote rather than merely spotlighting his vocal muscularity.

‘I Forgot to Be Your Lover’

Billy Idol modified the ballad – co-written and also sung by William Bell – on his 1986 rock stomper, “To Be a Lover.” But Springsteen (with another appearance from Moore) hews close to the original as it sadly plods amid swelling strings and layered horns.

‘What Becomes of the Brokenhearted’

A younger generation became infinitely familiar with the 1966 Jimmy Ruffin classic when a cover by British singer Paul Young became inescapable on adult contemporary radio in 1991. While Springsteen doesn’t bring anything radical to his arrangement, his conviction is unrelenting.

Bob Dylan’s heroes: The folk legend shares who he reveres in ‘Philosophy of Modern Song’ book

Biden targets stock buybacks — do they help you as an investor?

Genesis Bankruptcy Deal Is a Sign of Warming in Crypto Winter

Biden targets stock buybacks — do they help you as an investor?

Genesis Bankruptcy Deal Is a Sign of Warming in Crypto Winter