HomeUK NewsYoung people won’t get a job if rest of us are picking...
UK News

ONE in ten young people have no intention whatsoever of getting a job, according to a new survey.
That’s 227,000 of kids aged between 18 and 24 with no plans to do anything whatsoever to earn a living. 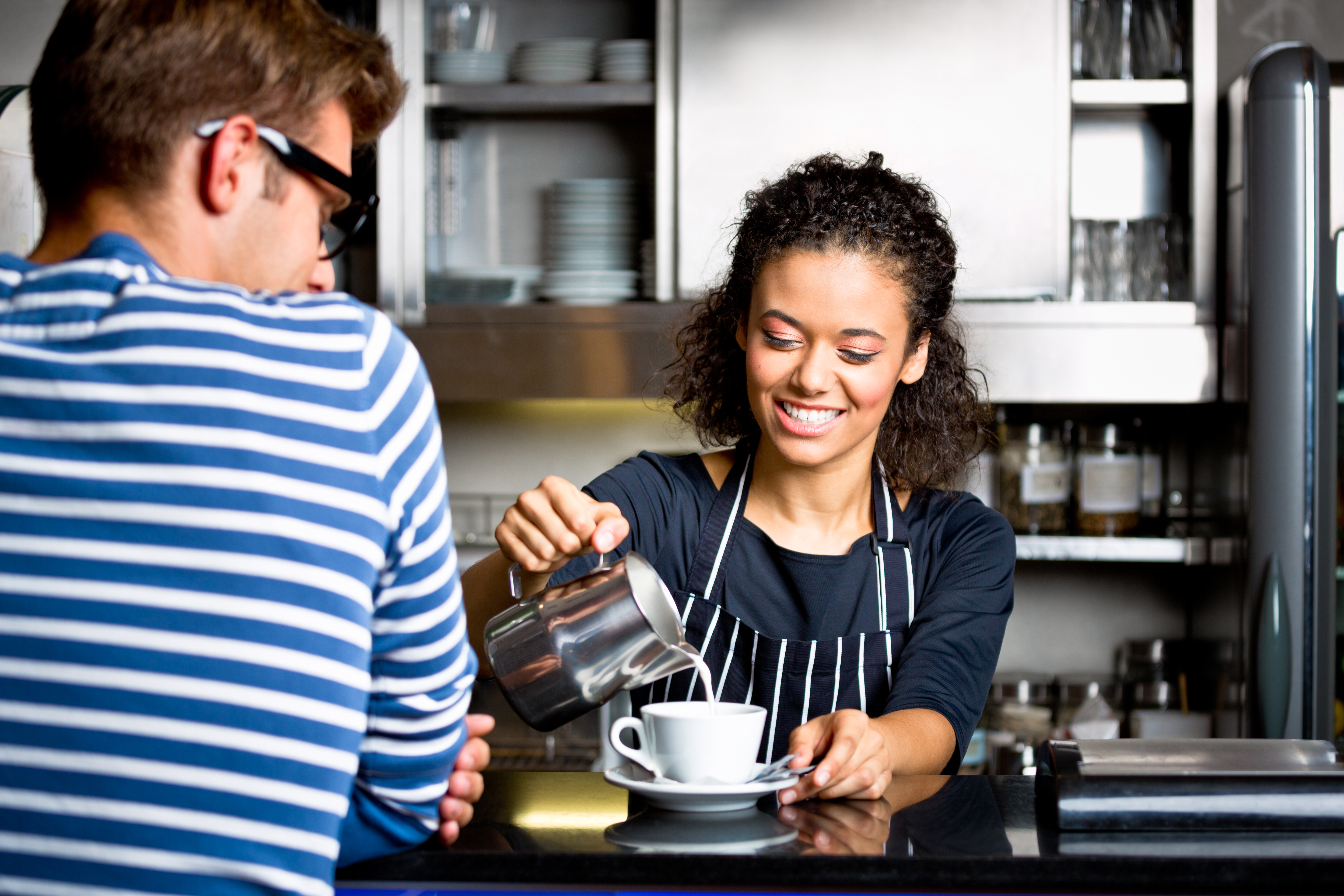 3One in ten young people have no intention whatsoever of getting a job, a survey foundCredit: GettyI wonder how they are expecting to survive? Perhaps they think angels will bring them distilled unicorn tears and they can get by on that.
Never in human history have we had a young generation which is so affluent and so magnificently entitled.
These are people who genuinely believe that old cliché that the world owes them a living. The reasons for this strange and deluded mindset are many and various. That generation has been too cosseted and pampered.
It has known nothing of real hardship. And so it doesn’t see why it should demean itself by working. 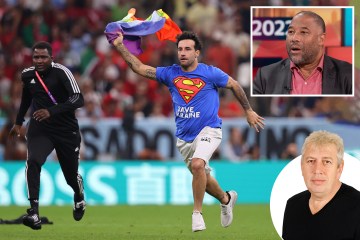 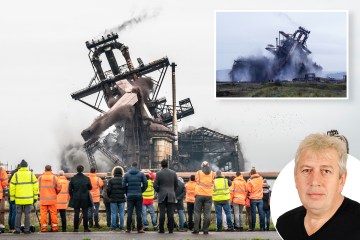 It would much rather “express itself”. And somehow expect to get paid for it.
It is also the case that the old notions of the benefits of work — the discipline, the gift of your labour to society and to the community, the notion that you can only be rewarded if you actually DO something — means nothing to them.
Our fault, really. We have brought them up wrong.
But then there’s this. We lavish our shared money — through tax — on ever-increasing benefits for the perpetually idle.

We are one of the most generous nations in the world when it comes to bunging vast amounts of dosh to people who resent lifting a finger even to pick their own noses.
Our welfare bill stands at a staggering £243.5billion per year and amounts to seven per cent of our GDP and just under a quarter of state spending.
So you can understand the attractions of not working at all.
In Jeremy Hunt’s awful budget three weeks ago at least one very serious mistake was made.
Hunt raised benefits in line with inflation.
This immediately sent two messages to people in work. The first was, hell, if the idle get an inflation-linked rise, why shouldn’t I?
That’s one of the reasons many workers have voted for strike action recently. And you have to say, it’s hard to blame them.
The second message is, why should I work at all? The Government always looks after the lazy.
The horrible irony is that we have a massive labour shortage. There is an awful lot of work that needs doing out there. In the NHS, in care homes, in hospitality, in transport.
And nobody prepared to step up to the plate and do those jobs. For sure, we have suffered from low wages for too long. And British firms have been reluctant to spend money training British people to do the work that needs doing.
All that needs to change. But it doesn’t quite explain why the young can’t be arsed to get out of bed and do a day’s work.
That is down to the fact that they know there will always be benefits available for them. Isn’t it time we said no more Mr Nice Guy?
THE GHOST OF CHRISTMAS POST
I’M not expecting many Christmas cards this year.
The cost of a first-class stamp is not far short of a quid – and second class is now a whopping 68p. 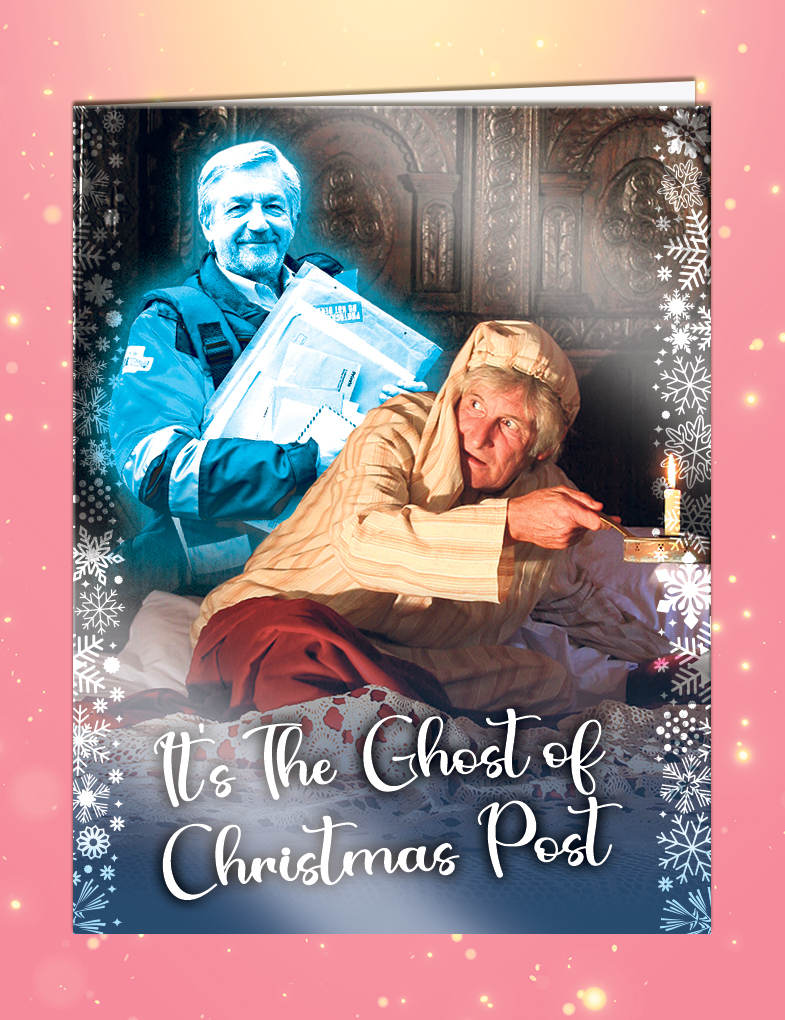 Further, the posties are going on strike. They seem determined to price themselves out of a job.
The only stuff I ever get from the Royal Mail is bills, spam and hate mail.
You could shut it down tomorrow and we’d probably all be better off.
RIOTS? THAT’S NOT US
HUGE congrats to Morocco for knocking Spain out of the World Cup.
It would be nice if their supporters in Belgium and France and Spain would celebrate in a slightly more consensual manner, though. Riots all over the place. 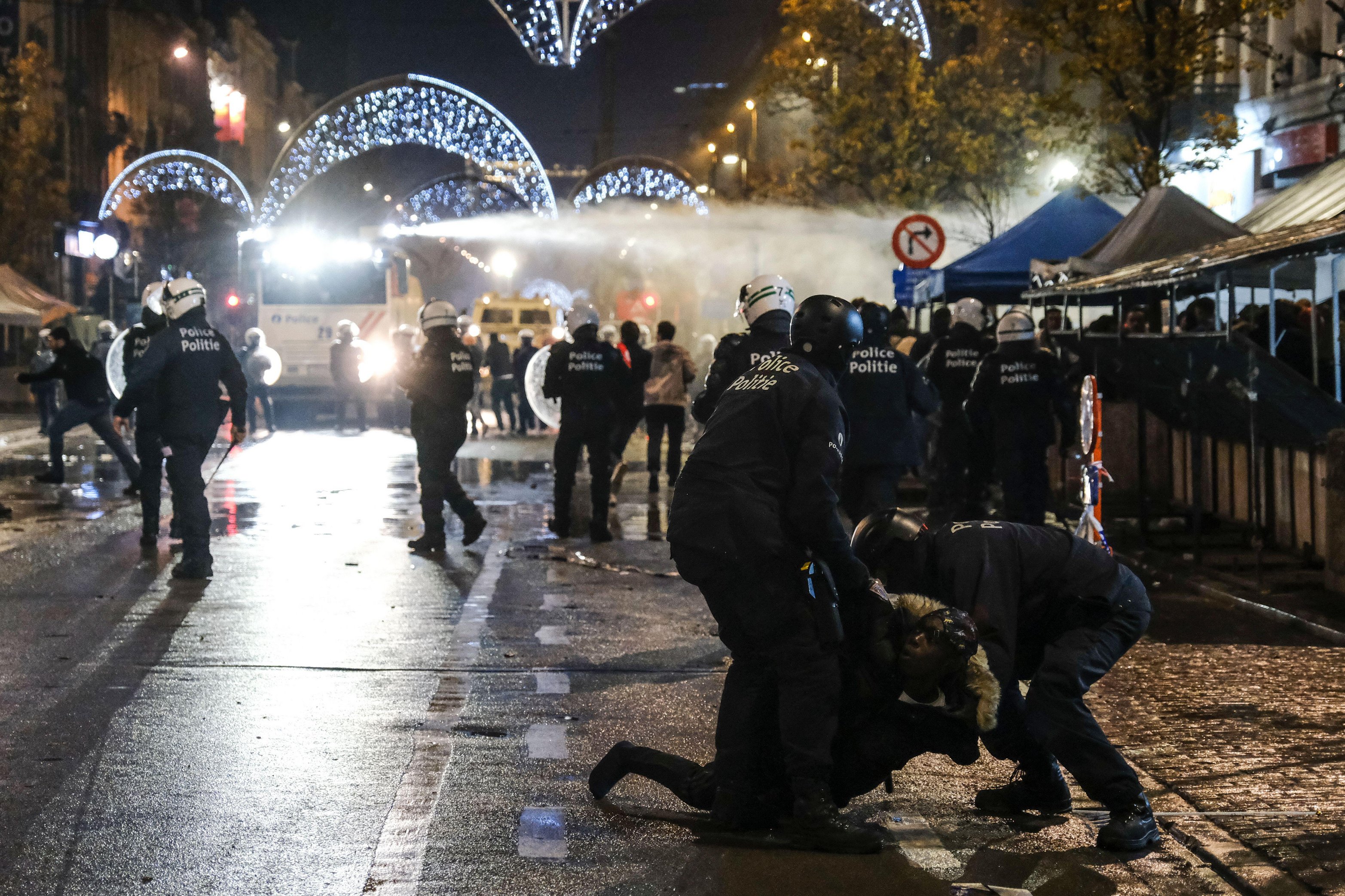 3Protestors clashed with riot police in Brussels after World Cup match between Spain and MoroccoCredit: AlamyThat kind of thing doesn’t happen here because England has had more than a century of being handsomely beaten by our former colonies at cricket and rugby.
In fact, it’s a cause for great celebration these days if we beat Pakistan at cricket or the South Africans at rugby.
So I suppose we should allow the Moroccans the opportunity to laud it over their former colonial masters in Belgium and France.
And perhaps demand back from the Spanish the two Moroccan islands they still own.
SHORT MAN SYNDROME
SCIENTISTS have found out that there is some truth to “short man syndrome”.
This is the incontestable fact that adults who buy their clothes from Mother- care tend to be snippy, arrogant and dictatorial.
Never trust them. If a bloke resembles an Oompa Loompa you know you’re in trouble.
Have you ever met an agreeable jockey, for example? 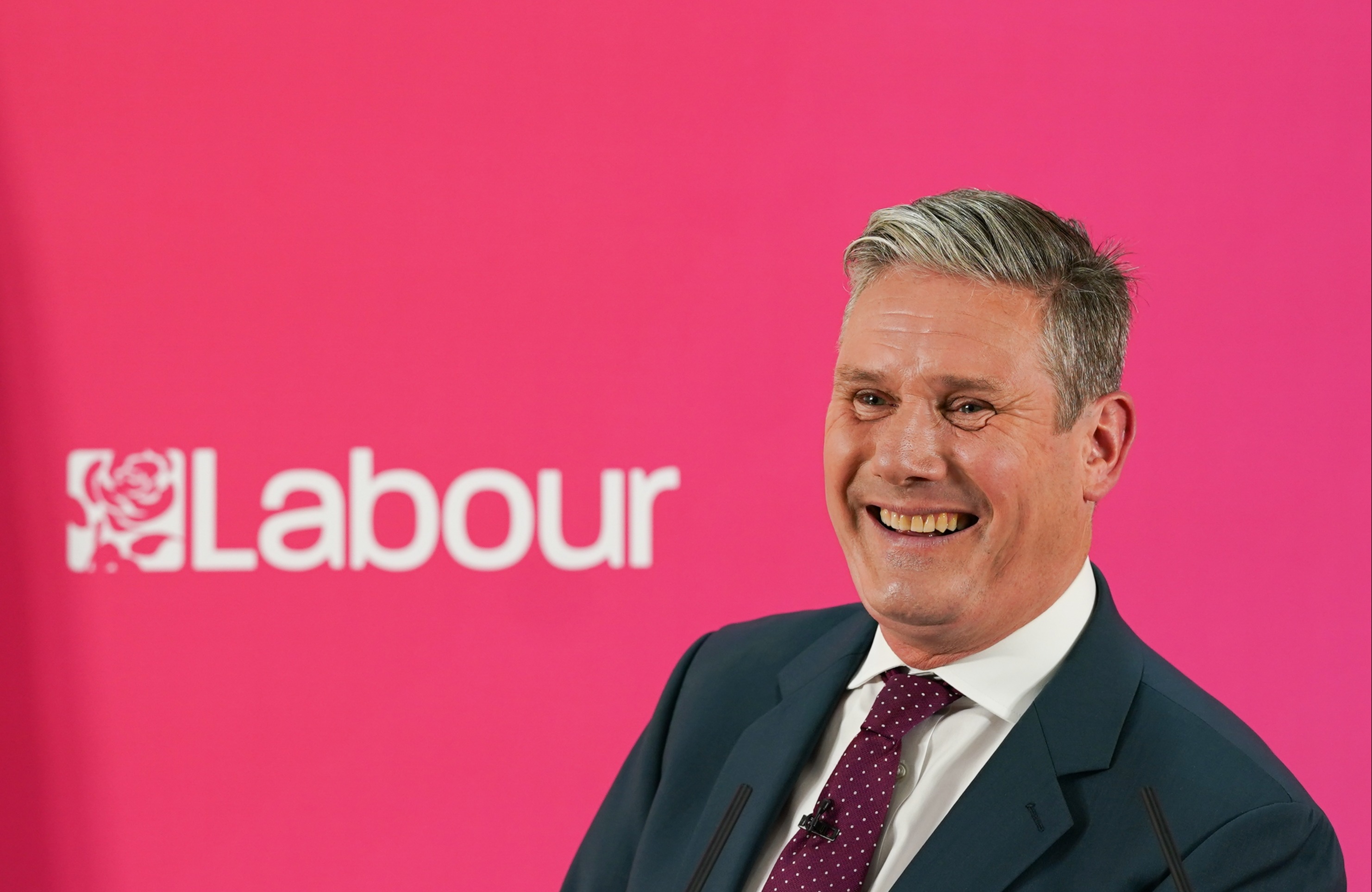 3Sir Keir Starmer’s talking sense and is ahead in the pollsCredit: GettyBut here’s a challenge to him. Keir – you know that the present strikes are crippling the economy.
You know, too, that the high wage demands are unsustain- able. How about, for the good of the country, you actually say this, publicly?
Not only would it be honest, I bet your poll ratings would rise still further.
Or is there some reason you find this a little bit difficult to do?
You know, the millions your party gets from the people who are causing all the trouble?
LABOUR wants constitutional reform. Good idea.
But abolishing the House of Lords isn’t enough. How about the following?
Raise the voting age to 25.
No representation without taxation – you don’t get to vote unless you pay tax.
Proportional representation.
Nobody allowed to stand as an MP unless they’ve done a proper job.
Just for starters.
SUCH A CRYING SHANE
YOU can tell Christmas is just around the corner because people have started arguing about The Pogues’ Fairytale Of New York.
Happens every year at about this time.
BBC Radio 1 removed the word “faggot” from the lyrics two years ago.
Which means the song is kind of stripped of its colour and meaning.

How did our country get to be so thin-skinned and prissy?
I hope nobody’s told Shane MacGowan as he recovers in hospital after recent health issues.
ANIMAL SPIRITS
IT was the last full moon of the year last night.
As devoted followers of Selene, the Moon Goddess, my wife and I made our way to the tops of the local moor and sacrificed a goat in Her honour.
Then we cavorted naked in the fallen snow, kept warm by the goat’s entrails.
We ended by singing various moon-related songs at the tops of our voices.
This is why we moved to the countryside – religious persecution.
Do stuff like that where we used to live, in Canterbury, and people look at you funny.
All we had to worry about last night was a couple of weirded-out sheep.