FURIOUS shoppers have slammed their Christmas market as one visitor was charged £9 for one cup of hot chocolate.
Outraged people have claimed it would be “cheaper to go to Germany” than stay in Manchester to see the Christmas Markets. 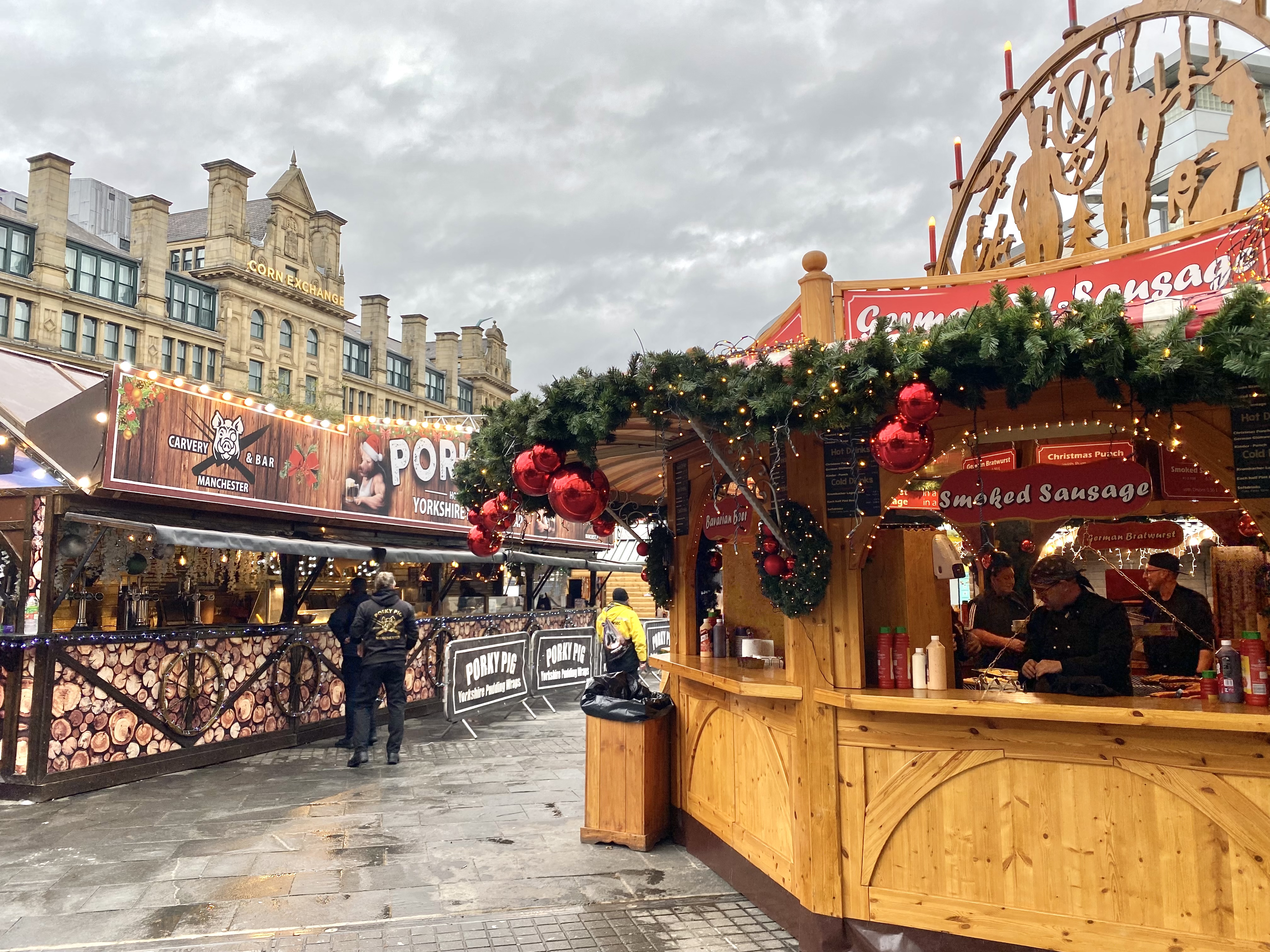 1Furious visitors have slammed the Christmas market for over priced food and drink stallsAngry shoppers have vented their frustrations on TripAdvisor and Facebook after the Manchester Christmas Markets did not fill them with festive cheer.
One disappointed punter wrote: “Pricing up hotel meals and prices etc… if you are doing three nights it’s cheaper to go to Germany.”
Another explained that he and his partner were “ripped off” after their bill for two cups of coco came to £16 – and when they returned later they saw it had increased to £18.
Someone else commented: “I spent £20 near enough on a vegan hotdog (which I have never tried) & salt beef sandwich which looked vile when it were being cooked by the way.” 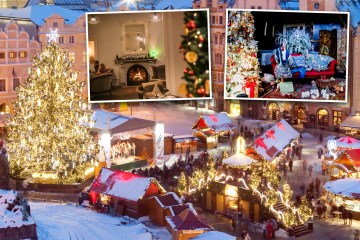 The same user branded the venue as “vile markets” not “Xmas markets.”
Other disappointed customers complained they were let down at the lack of festive themed fun, and branded the stalls as money making rip-offs.
“Nothing at all Christmassy, pre-Covid they were lovely stalls selling Christmas ornaments, now it’s all food and drink mostly £15 for 2 mugs of hot chocolate, cocktails £9 for a snowball – just pure greed,” another added.
“Very disappointed, definitely won’t be back this year or in near future,” they continued.

“Over priced beer and food, too busy and no really Christmas stuff, just the same old hot Vimto and Aldi sausages for extortionate prices,” a second agreed.
However, others were delighted by what they found at the market and left praising reviews.
One visitor said: “Better than last year, I genuinely do not understand grown adults crying about the markets being too food oriented – it’s always been a mainly food and drink based thing – much like Christmas itself, which I suspect is the point.”
“My daughter and I had a lovely afternoon on the Manchester Christmas markets,” another agreed.
“We walked round the stalls and had mulled wine, liqueur coffee, vegan cakes and plant based hot bratwurst and sweets. We had such a lovely time,” they added.
Others reckoned the prices were reasonable, one market-goer commented: “Had a great day out in Manchester Christmas market money well spent lots of great gift ideas.
“If you start off at albert square and work yourself backwards towards the Arndale centre there’s a great atmosphere and plenty to eat and drink prices not to badly priced.”
A third agreed: “This year it felt like there was more stalls spread around, my favourite part was the Albert Square stalls.
“Also recommend ice skating if you want a good laugh. Lovely hot chocolate, crepes and variety of food to chose from.
“Definitely gets you feeling Christmassy.”
Councillor Pat Karney, lead spokesman for Christmas, Manchester City Council, told the Daily Star: “We know that not everyone has the cash to splash out on a hot chocolate or gluhwein which is why our Christmas offer isn’t just about the markets this year.

“The city centre is at its sparkling best at the moment with our famous big Santa in St Peter’s Square and a fabulous Christmas lights trail that includes walk-through baubles and stars, Christmas trees, and a twinkling Manchester bee – all of which are free to discover and enjoy.
“We’ve also got a fantastic programme of free fun for families each weekend between now and Christmas with a series of magical Festive Sundays funded in partnership with city centre business partners, and, in a festive first for the city, the first ever Manchester Christmas Parade which is coming up on Sunday, December 11.”