HomeUK NewsWoman killed after car that refused to stop for cops crashed into...
UK News

A WOMAN has been killed after a car that refused to stop for police took off and crashed into another vehicle on the A13.
The horror smash unfolded around 2.10am today, and the woman, who was in the second vehicle, died at the scene. 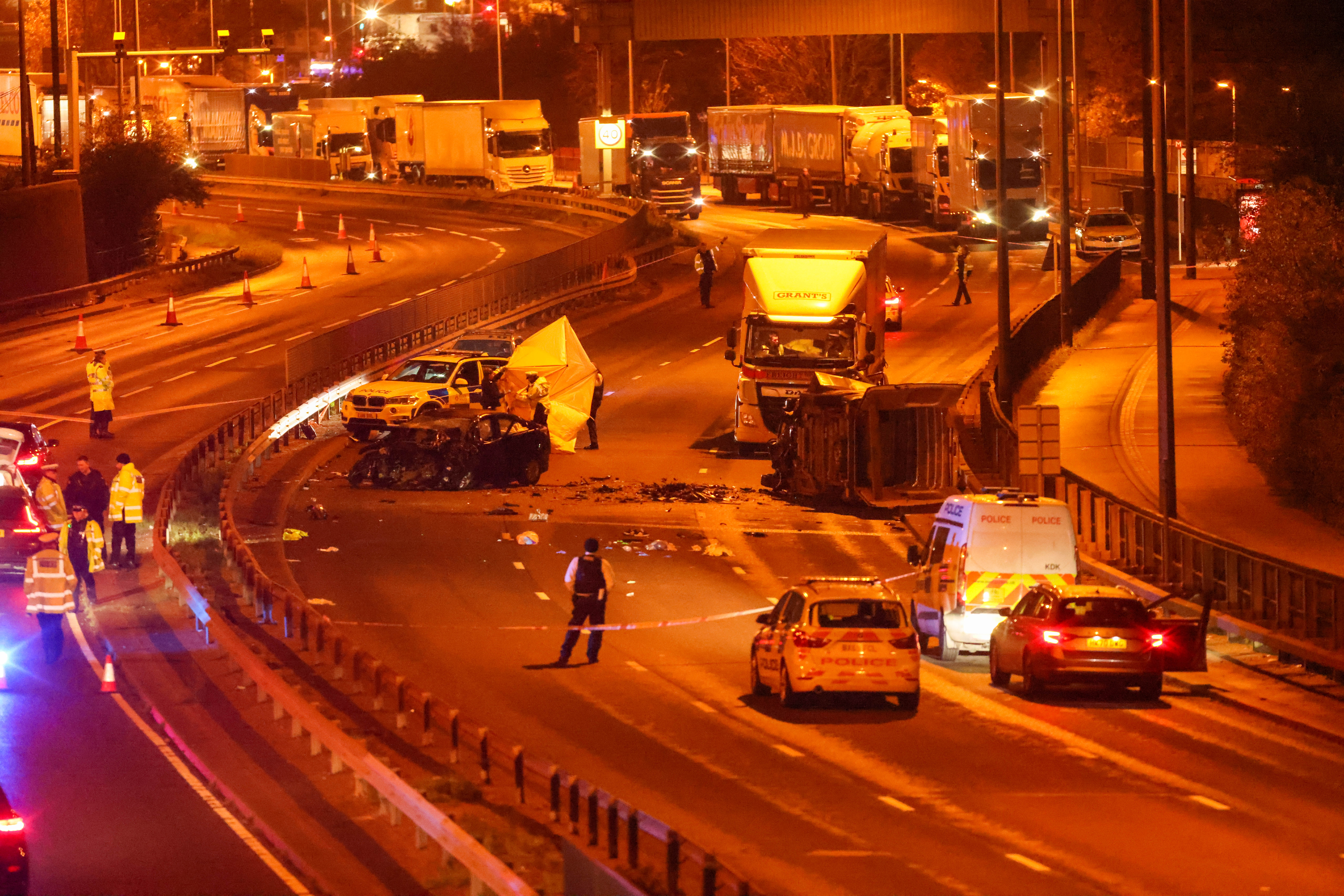 3A woman has died after a crash on the A13 early this morningCredit: UkNewsinPictures 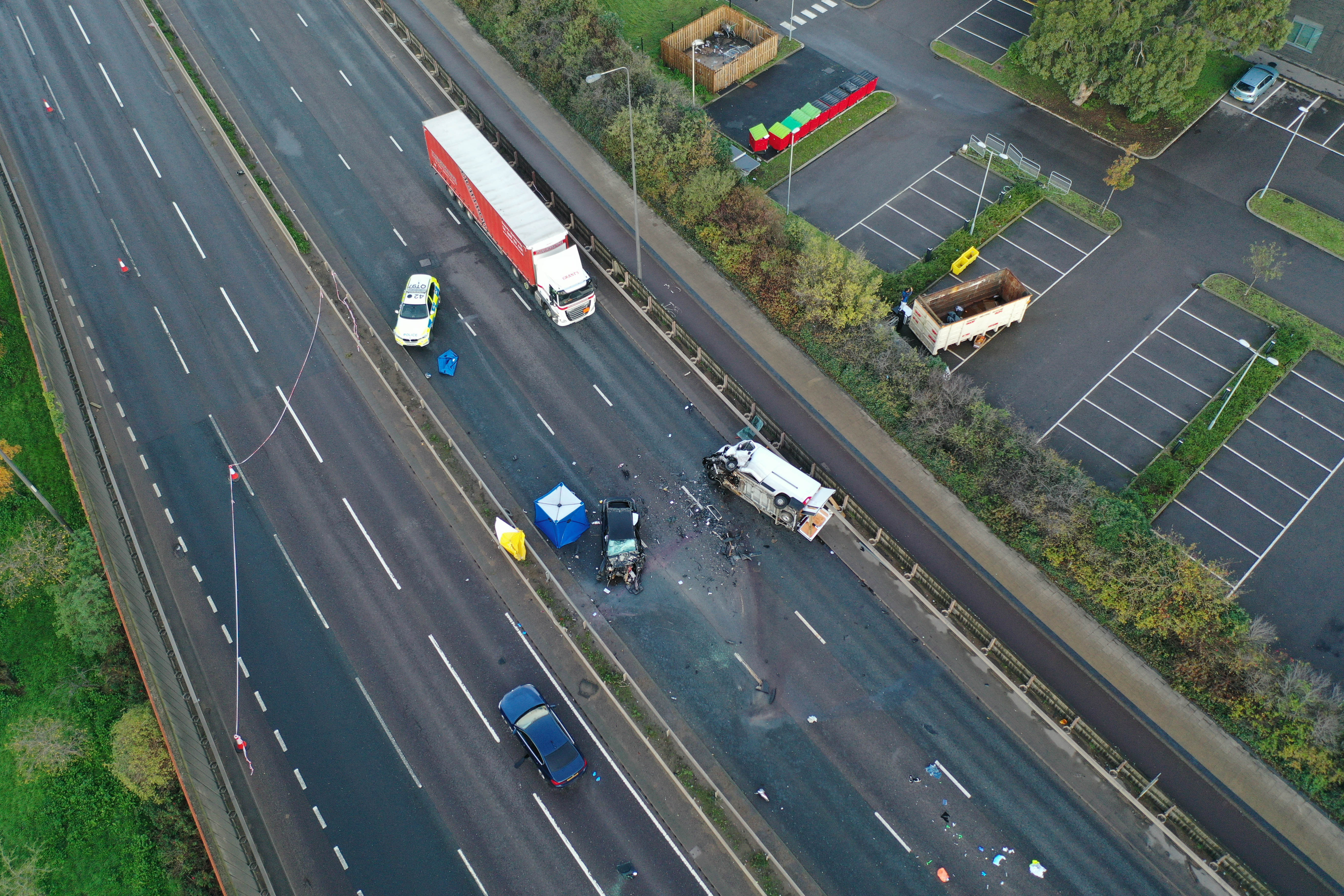 3The crash unfolded after a car, which was signalled to stop by police, took off and smashed into anotherCredit: UkNewsinPicturesPolice said they had signalled for a vehicle to stop and when it failed to they remained “in the proximity” of the car.
It then smashed into another car, which the woman was a passenger in.
Paramedics raced to the scene, but tragically the woman could not be saved.
Detective Chief Superintendent Andrew Packer, the Essex Police gold commander at the time of the incident, said: “Shortly after 2.30am this morning, Friday 25 November, a vehicle failed to stop when requested by officers on the A13 in Essex. 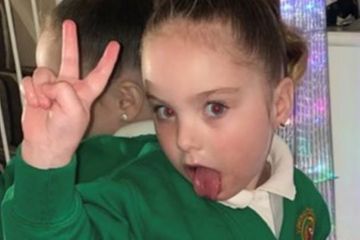 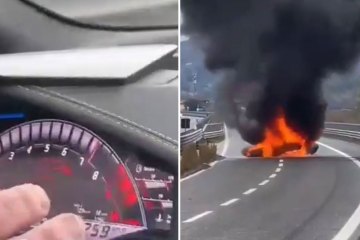 “Officers then remained in the proximity of that vehicle as it travelled on the A13 near Rainham.
“The vehicle was then involved in a serious collision with another vehicle.
“Despite the best efforts of officers and medics at the scene, a female passenger in the second vehicle has now died.
“We are currently working with our colleagues in the Metropolitan Police Service who, at this stage, are leading the response to the incident.

“As is appropriate, we have made a mandatory referral to the Independent Office of Police Conduct, which has confirmed it will carry out an independent investigation.”
Essex Live reported at 8.30am that the A13 has been closed since the crash, causing traffic chaos.
It said: “Diversions are in place to get around the closure, however as rush hour begins congestion is building in the surrounding area including Lodge Avenue, Woodward Road, New Road and Hedgemans Road.” 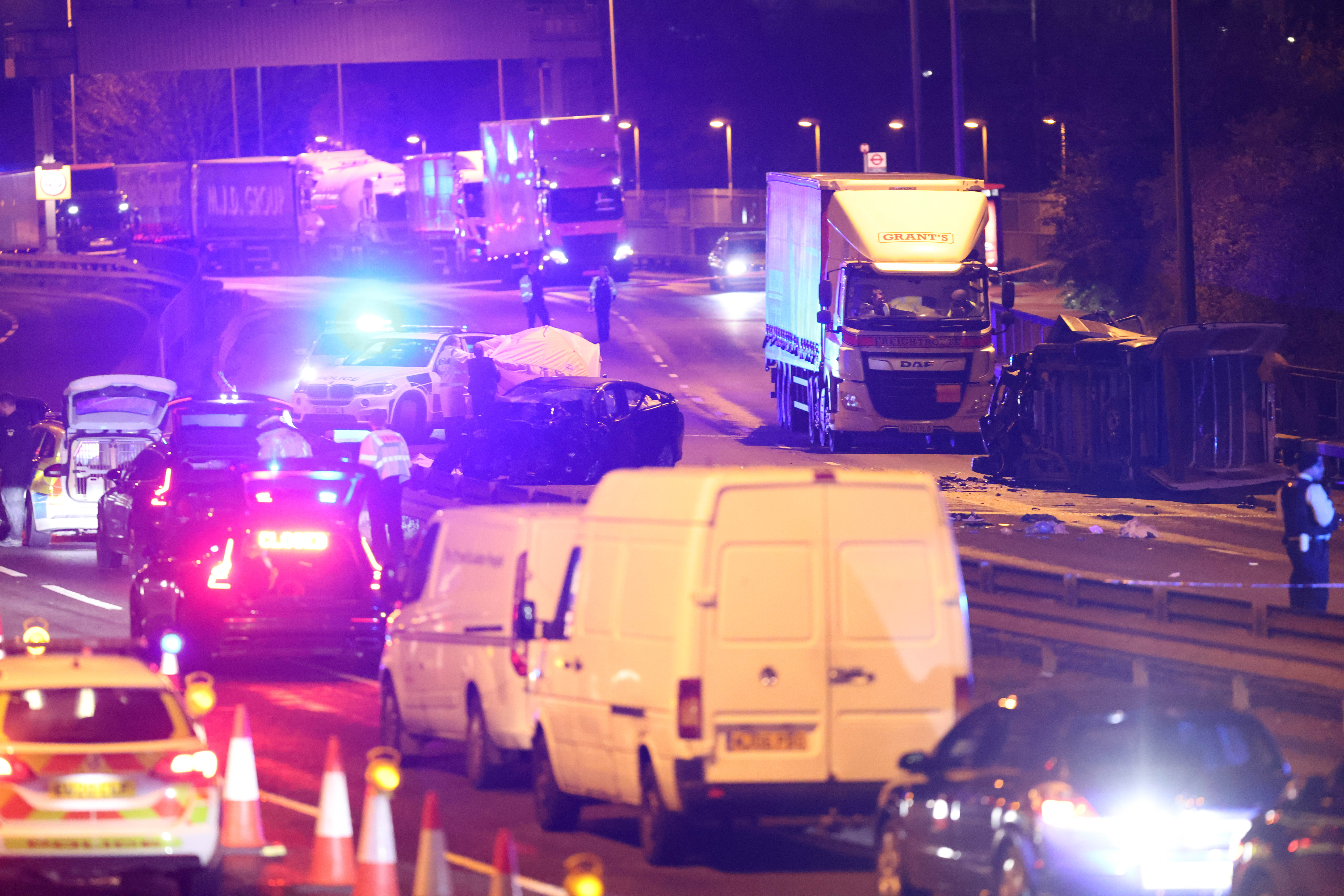 3The Independent Office of Police Conduct will carry out an investigation on the crashCredit: UkNewsinPictures
Story Credit: thesun.co.uk