A WOMAN has been jailed after her out-of-control Dobermann mauled a wee girl until her grandmother managed to pull the beast off.
Lisa Garner, 45, will spend 10 months behind bars for the attack, which saw her dog El Chapo savage the three-year-old on the street. 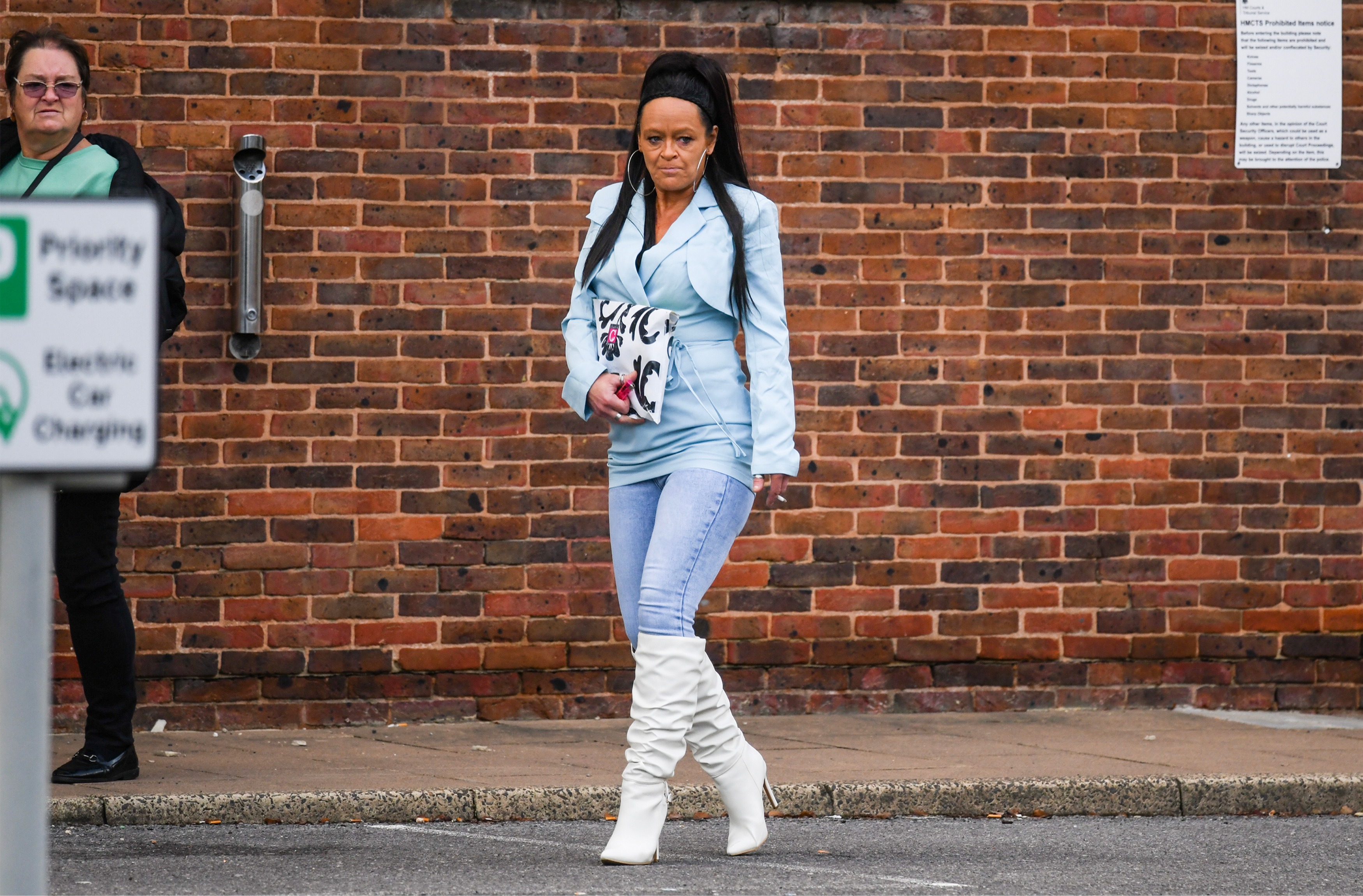 2Lisa Garner has been jailed after her Dobermann mauled a three-year-oldCredit: Solent 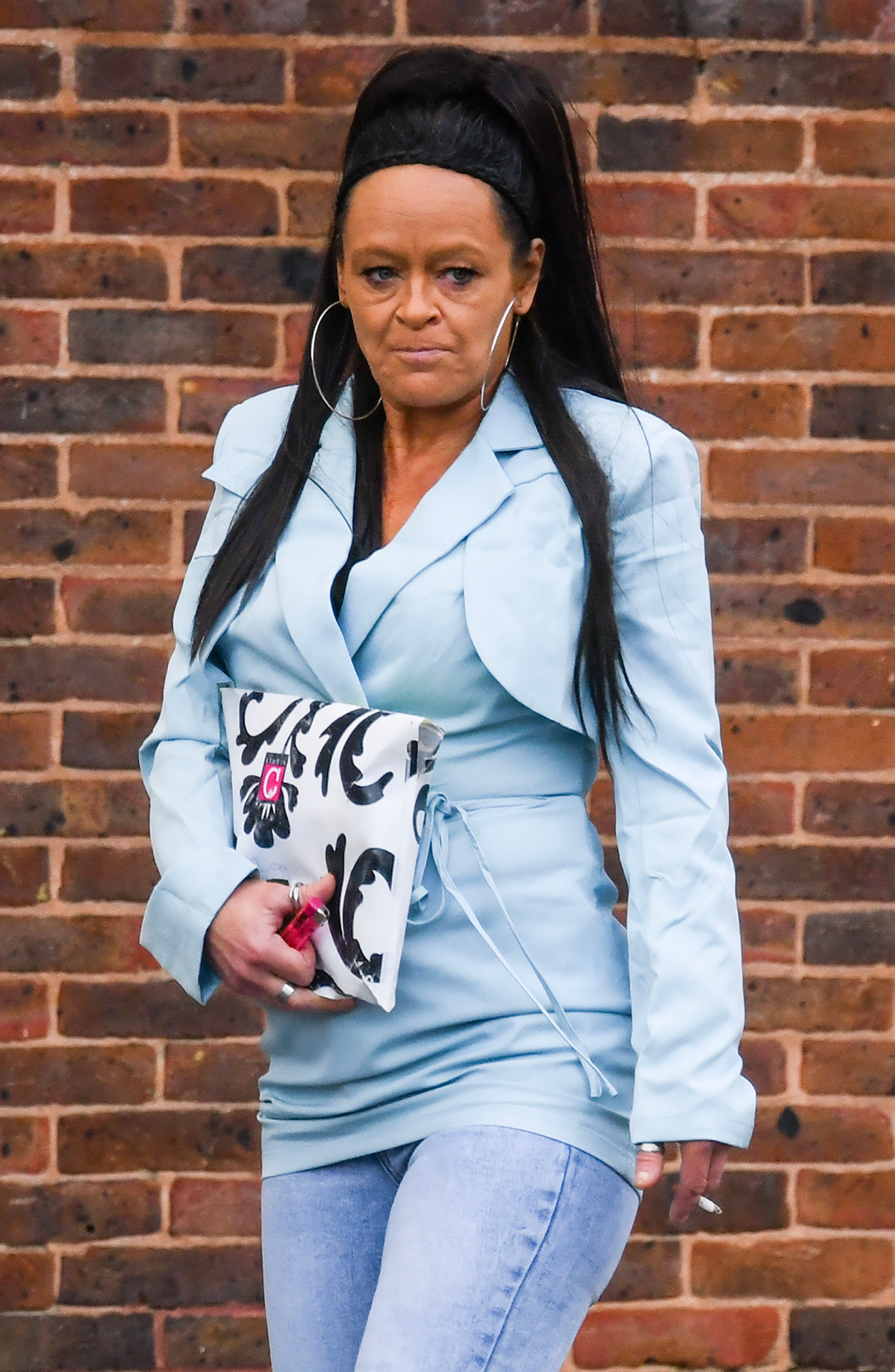 2The 45-year-old will spend 10 months behind barsCredit: SolentThe Hampshire woman had previously pleaded guilty to being in charge of a dog dangerously out of control in connection with the attack.
The attack saw the youngster rushed to hospital, where she required emergency surgery.
She has been left with life-changing injuires, is scarred “mentally and physically” and wakes in the night screaming.
The horror unfolded on the Havant street where Garner lives on August 8. 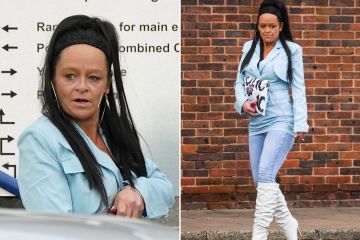 Martyn Booth, prosecuting, said the young girl was walking home from the shops with her grandmother and her partner when they started a conversation with the Garner.
He said that the grandmother spoke to Garner about postings on Facebook about her dogs attacking other dogs and other people.
He told the court: “The girl moves from behind in front of them, she makes no particular sudden movement, she does nothing that in any way can be suggested as provocative or annoying towards the dog, but the dog just went for her.
“The dog grabbed her around her torso area and basically threw her to the floor.

“The dog was extremely powerful compared to the defendant and it goes without saying it was supremely powerful compared to a three-year-old child.
“It then wouldn’t let her go, it launched on to her around the stomach area.”
Mr Booth said it took the grandmother, her partner and two passers by to “punch, pinch and kick” the dog to make it stop.
He said: “The reality of the situation is had they not become involved, without thought for themselves in the way they did, it doesn’t bear thinking what the consequences might have been ultimately.”
Mr Booth added: “It was clearly an extremely traumatic, no doubt terrifying, painful experience.”
The prosecutor said the three-year-old underwent surgery for three wounds to her back, which were 4cm, 3cm and 1cm long, and another 6cm long to her leg.
In a victim impact statement read to the court, the girl’s mother said: “The aftermath has affected her badly, mentally and physically.
“She now screams in her sleep and wakes herself up screaming as she has flashbacks and nightmares of the incident.
“She cannot walk down the street now because she screams if she sees a dog, she cannot walk past a dog any more.
“It’s heartbreaking for her and the rest of the family to see her like this.
“I do not know if my little girl will get over this fear and the trauma that has affected her and her loved ones greatly.”
She now screams in her sleep and wakes herself up screaming as she has flashbacks and nightmares of the incident.Victim’s mum
The court was shown “harrowing” CCTV footage of the attack.
People could be heard screaming as the group battled to fight the dog off the wee girl.
Mr Booth said the dog was destroyed by police despite Garner refusing to hand over her rights to the animal.
He said that Garner had previous convictions for public disorder, driving with excess drugs and driving without due care and failing to report an accident.
He added that Garner had taken in El Chapo, which was previously a guard dog, as a rescue dog.
She had said in a police interview: “Although the dog looks evil, he’s a big doughnut.”
Damian Hayes, defending, said Garner, whose daughter died 10 years ago, had been involved in dog rescue for 20 years and she had owned six Dobermans in that time.
He said: “For her part, Miss Garner feels nothing but shame and regret for what happened.”
Sentencing Garner at Portsmouth Crown Court, Judge William Ashworth told her: “It was very serious and the dog represented a severe risk.
“Custody is the only appropriate punishment.”

Thanking the members of the public who intervened, he added: “It’s a reminder in a difficult and challenging world, that members of the public can act with true courage and altruism, and our court thanks them.”
On top of the prison sentence, Garner was banned from owning dogs for 10 years.