HomeUK NewsWhat if the other World Cup teams protested at all Britain's flaws?
UK News

What if the other World Cup teams protested at all Britain’s flaws?

A PROTESTER ran on to the pitch during Portugal’s game with Uruguay this week at the World Cup.
He was waving a rainbow flag in support of LGBTQ+ rights.

7A protestor ran on to the pitch during Portugal’s game with Uruguay this week at the World CupCredit: Getty

7John Barnes said: ‘Due to our arrogance, we still see ourselves as moral custodians and try to ‘force’ the world to come round to our way of thinking’Credit: RexHe wore a T-shirt that said on the front “Save Ukraine” and on the back “Respect for Iranian woman”.
I don’t know which Iranian woman, but never mind.
And before a game between Portugal and Uruguay? Nope, me neither.
I suppose it’s a wonder he didn’t have trousers urging people to protest about North Korea and a scarf fretting about logging in the Amazon rainforest. 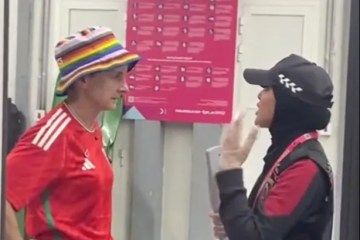 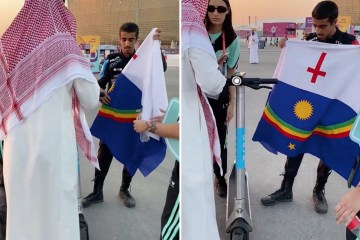 He was bundled off by the Qataris.
It was just the latest in a whole bunch of stupid, arrogant, self-aggrandising and virtue-signalling protests by cocky Europeans during this tournament.
From the BBC’s Gary Lineker lecturing us all about the lack of LGBTQ+ rights in Qatar — something which didn’t bother him remotely when he took loads of wonga from Al Jazeera, the Qatari state broadcaster, while working for them — to the German team doing a huddle with their hands over their mouths, claiming they had been silenced by the authorities.
The Germans had wanted to wear those pointless rain­bow armbands.

So did England’s team. But Fifa bosses rightly put stop to it.
Here’s the thing. Homosexuality is against the law in Qatar.
Now, I don’t know what you think about that.
But whatever, the Qataris — in common with 68 other countries in the world — don’t think that homo-sexuality is OK.
And whether you like it or not, the World Cup is being played in Qatar.
And that idiot supporter — and all the broadcasters and the German and English football teams — are guests in their country.
If you feel so strongly about their legislation, then don’t go to Qatar.
The brilliant former England international John Barnes got it right.
He asked how we would like it if African or Arab teams started protesting about the things in this country they believe WE have got wrong?
And Barnes went further, arguing that the way we have behaved towards the Qataris is actually racist.
He said: “Due to our arrogance, we still see ourselves as moral custodians and try to ‘force’ the world to come round to our way of thinking.
“The rest of the world is quietly getting on with their own ‘independent’ development.”
Quite right, Barnesy.
Smug little minds
It is an incredible arrogance on our part to castigate the belief system of a country in which we are playing football.
We would go berserk if the boot was on the other foot, so to speak.
But then, this has always been the problem with Western liberals.
They are for ever absolutely certain that they are right.
There is never any room for doubts in their smug little minds.
They think people who disagree with them are not merely wrong, but evil.
It’s the kind of thinking which leads us into murderous and unnecessary wars, such as when we decided to invade Iraq to, er, help them out.
And began a civil war that continues to this day.
Hopefully the German football team will be properly silenced by failing to qualify from the World Cup group stages.
And then maybe the rest of this year’s tournament can continue.
But without the self-righteous white Europeans trying to make it all just about THEM.
Worst movie, ever
THE worst movie ever made in the history of mankind is celebrating its 20th anniversary.
You know the one I mean. 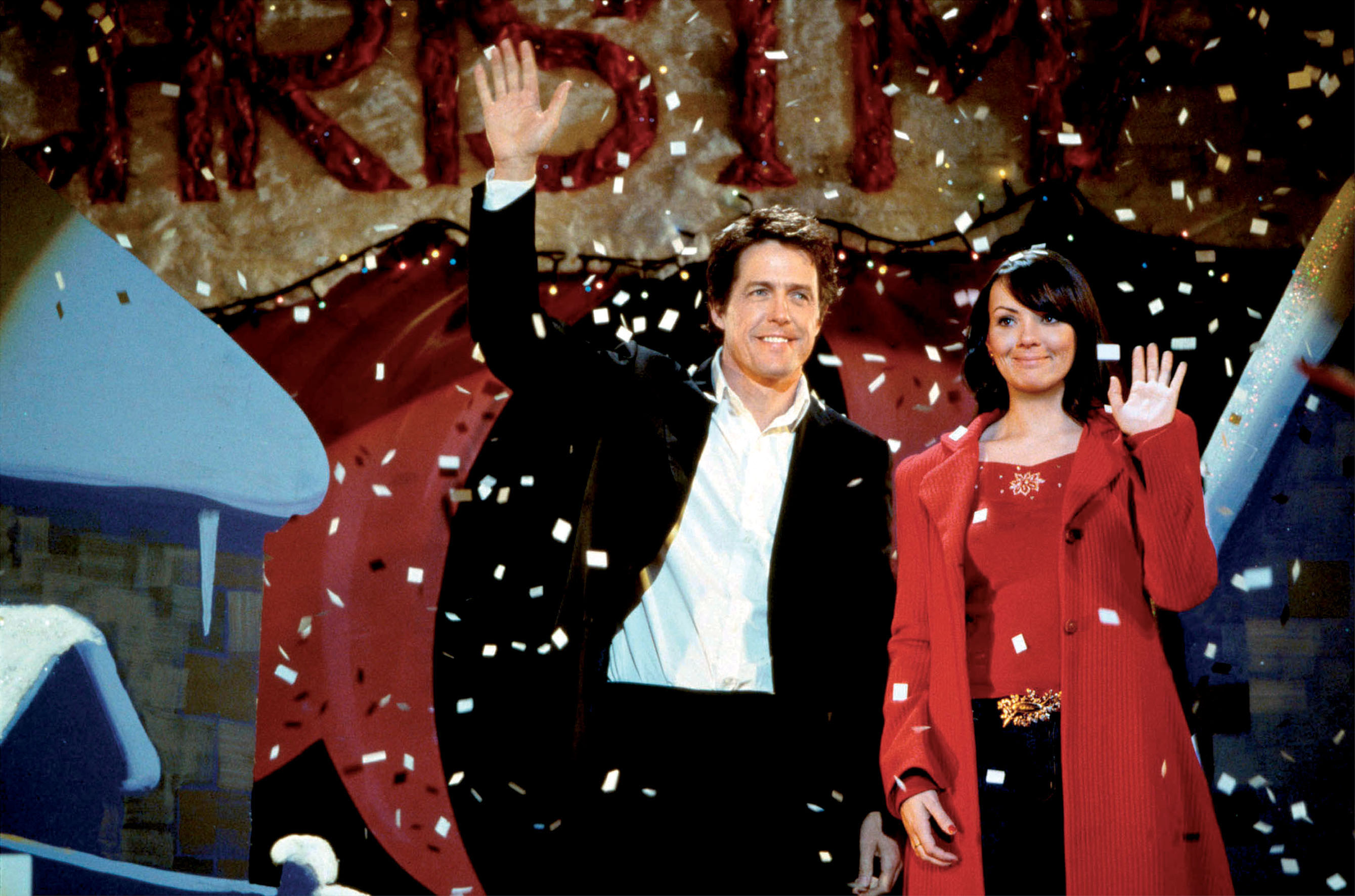 7The worst movie ever made in the history of mankind, Love Actually, is celebrating its 20th anniversaryCredit: AlamyThat mimsy, right-on, middle-class, smug, sopping-wet, witless barrel of rat puke Love Actually.
Even saying the title of the thing makes me feel a bit queasy.
Apparently, the star of the film, Hugh Grant, described it as “psychotic”.
If only it were. It might have held our interest a bit longer.
It was even worse than Titanic.
How was it such a hit? When it came out, did our entire country suffer a massive spontaneous embolism?
It is one of the great mysteries of our time.
A time to get tough
CHINA is a country in revolt.
There are riots and protests across the whole of the nation, from Urumqi in the west to Beijing in the east.
Partly it’s a reaction to the state’s insane zero-Covid policies.
But it’s also an anguished cry for freedom and democracy in the world’s No1 bullying, totalitarian communist country.
Sadly, none of it will end well. People will be imprisoned and tortured.
Rishi Sunak is right to condemn the Chinese leaders.
We should take a harder line towards China.
And strengthen our ties with Taiwan, which lives under the threat of invasion.
Wales had it coming
THAT should shut the Welsh up for a bit. Well and truly stuffed.
Serves them right for giving it large before the game.
Shots of the players celebrating an England defeat to Iceland. Kieffer Moore – a bog-standard Championship striker, frankly – talking about how they were going to hammer the English.
You didn’t hear any of this bragging from the England side.
Next time, maybe keep it buttoned until after the game.
Why Rita’s next song should be about Worksop . . .
MANY thanks to Rita Ora for showing us in her documentary with Louis Theroux this week, what a cracking country Albania is.
Bustling capital city, lovely sunny weather, happy young people strolling about without a care in the world enjoying free pop concerts.

7Thanks to Rita Ora for showing us in her documentary with Louis Theroux what a cracking country Albania isCredit: BBC 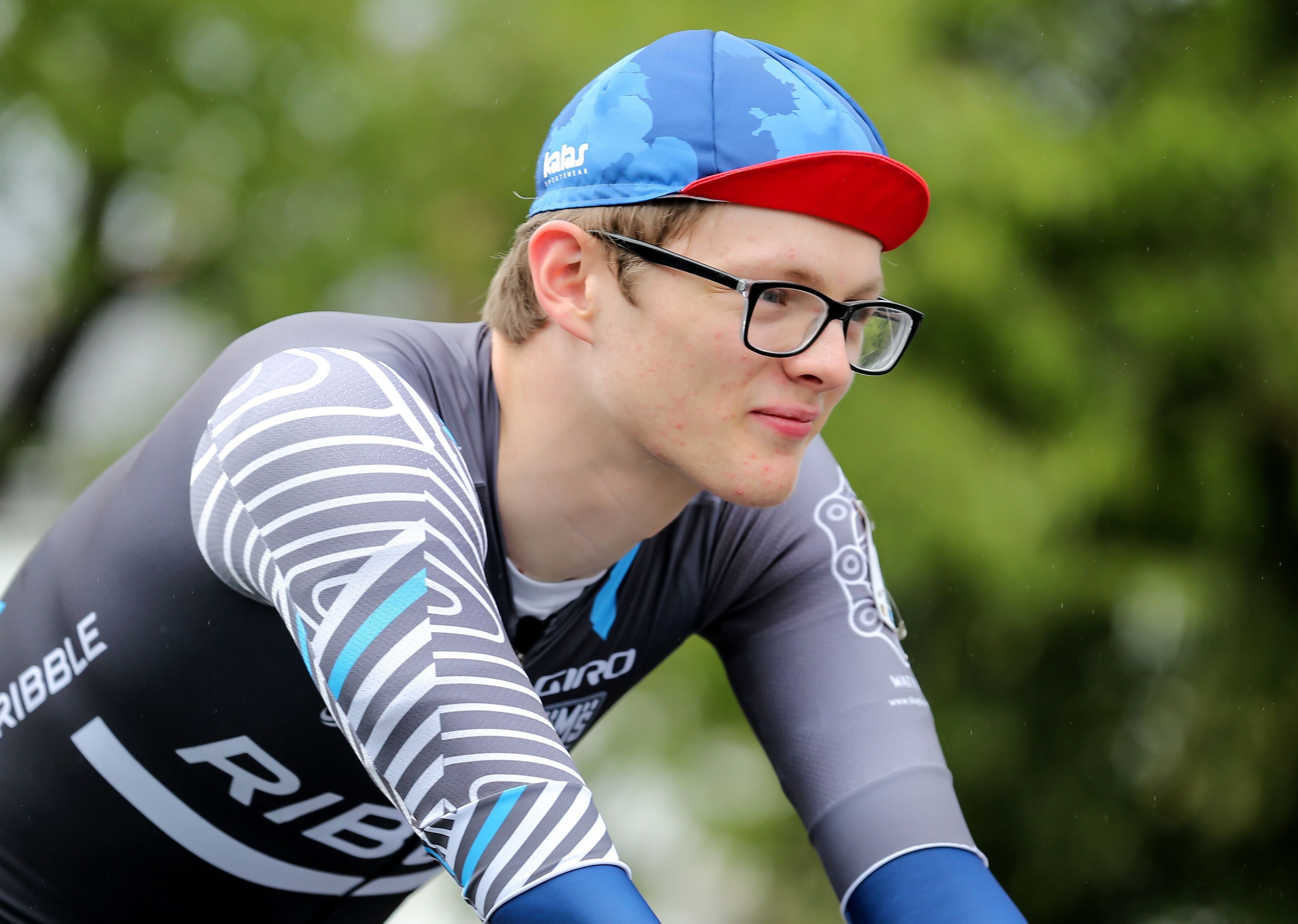 7Transgender cyclist Emily Bridges has vowed to continue to fight for the right to compete against womenCredit: GettyOne by one, the sporting authorities are waking up to the fact that men competing against women simply isn’t fair.
The tide is turning on this issue – in politics as well as in sport.
Brave nuke world
I KNOW we have an energy crisis.
This is the consequence of not taking hard decisions 20 years ago to invest properly in nuclear power.
To free ourselves from a dependency on foreign countries for our gas and oil.
But loosening the rule on onshore wind farms is not the answer to our problem.
These wind farms are a blight on the landscape. And terrible for wildlife.
Maybe worse, they cannot be depended upon to provide us with the power we need.
They don’t work when the wind is too strong. And they don’t work when there’s no wind at all.
The answer now is the same as it was 20 years ago. Invest in nuclear.
THE latest census provides us with some pretty startling statistics.
White people now comprise 81.7 per cent of the country – down from 86 per cent in the past ten years.
One day soon, then, this country will actually look like the way the TV adverts portray it now.
Bunged an MBE
IN the old days, sportsmen and women might just about get an honour after 20 years of stunningly high achievement in their chosen discipline.
Tennis player Emma Raducanu is 20.

7Emma Raducanu has been awarded an MBE at just 20 years- oldCredit: GettyShe has won precisely one major tournament. And she’s just been bunged an MBE.
Listen, I’ve nowt    against Emma.
She seems like a lovely kid and I was as thrilled as the next man when she won the US Open last year.
But an MBE so soon?

Can’t we wait until she’s won something else?
Or are we worried she might not?