HomeUK NewsWe're suing our neighbour for 'burning our fence down' - it started...
UK News

We’re suing our neighbour for ‘burning our fence down’ – it started with a planning row, we’re scared to leave our home

A PENSIONER is being sued by his millionaire neighbours over claims he torched their garden fence.
But David Baker, 80, claims property magnate Mark Randolph Dyer and his wife Clare are just using their cash to intimidate him and “get their pound of flesh” in court. 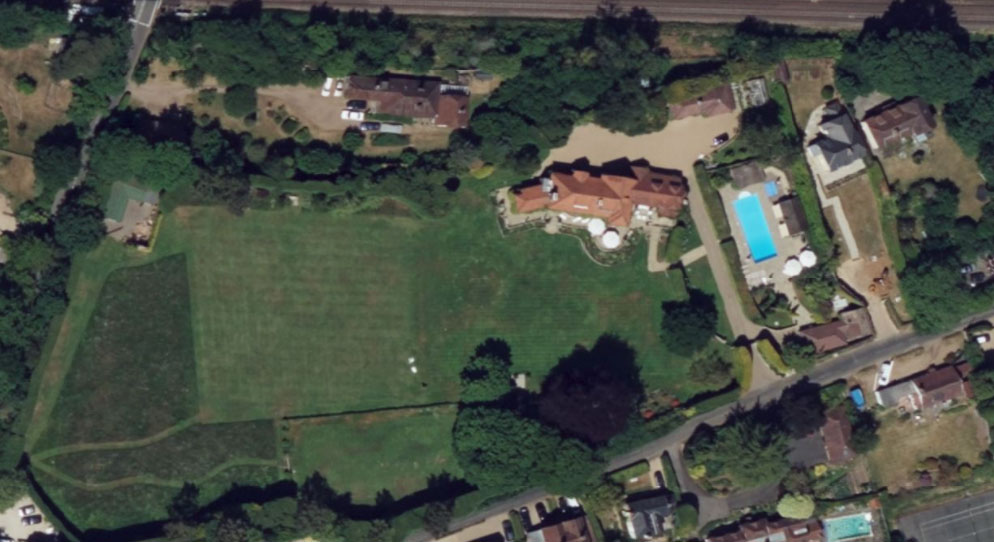 3An aerial view of the homes of Mark and Clare Dyer and neighbour David BakerCredit: Champion News 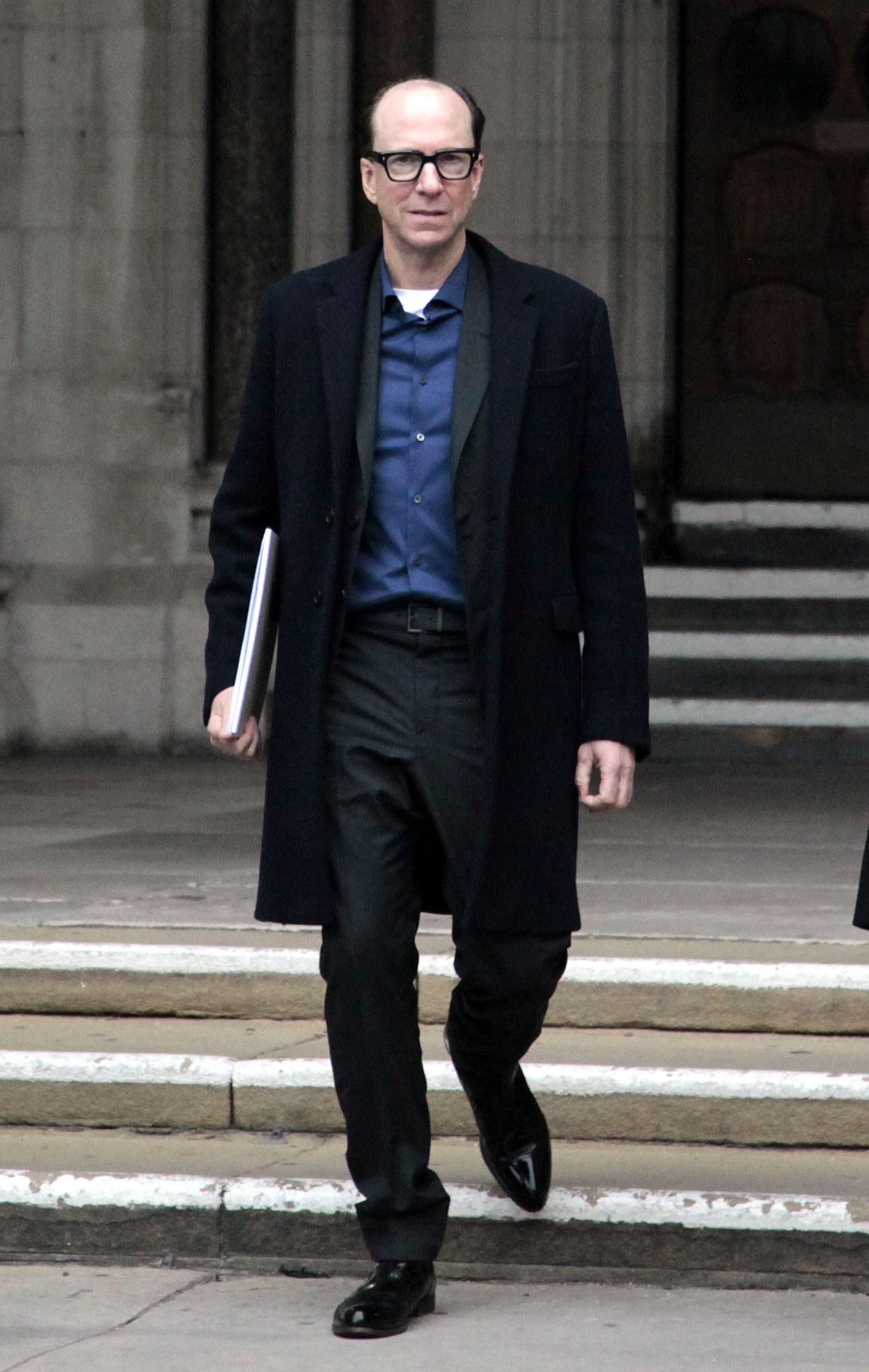 3Mr Dyer is suing his elderly neighbour for £8,865 in damagesCredit: Champion News 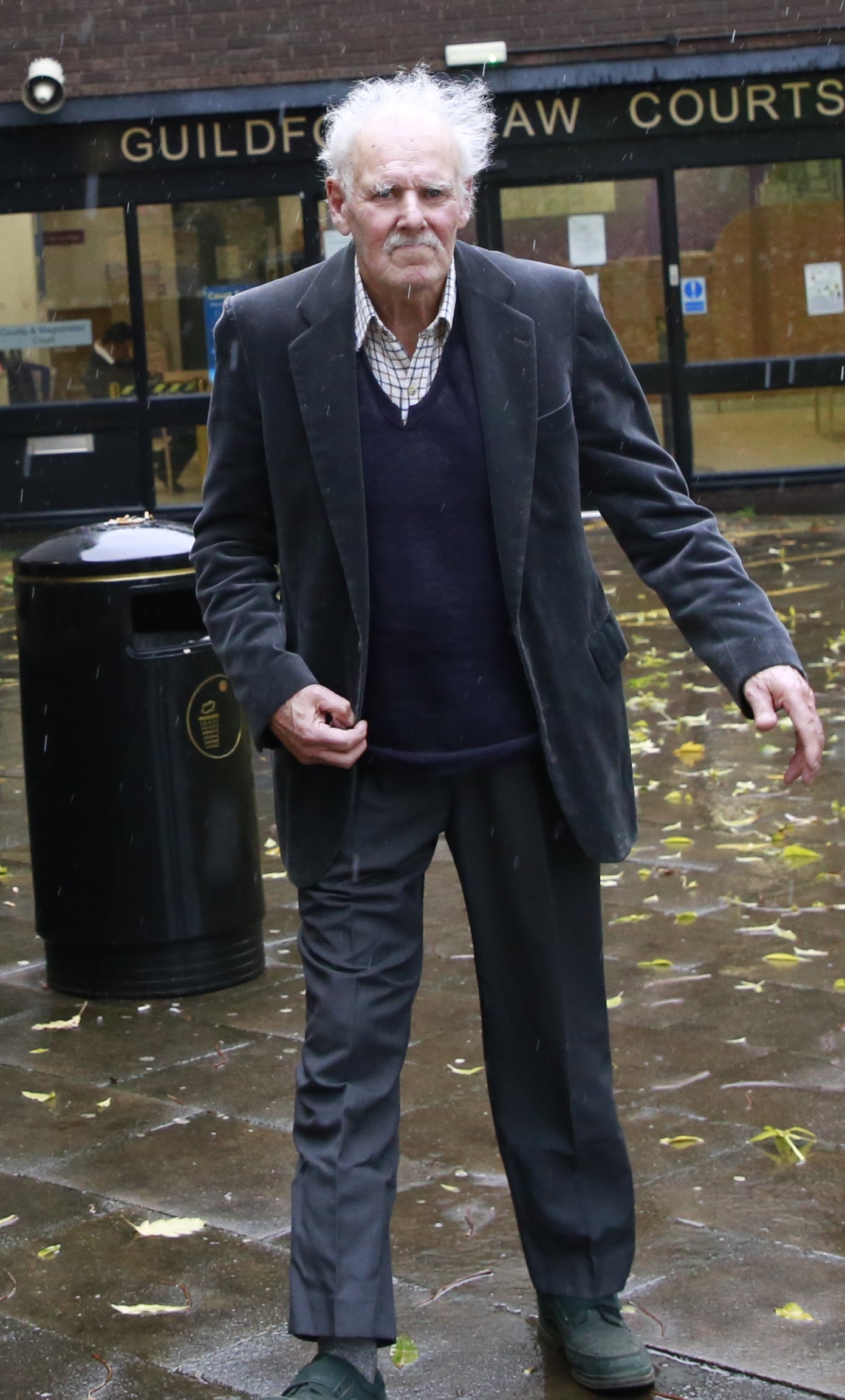 3Mr Baker, 80, outside Guildford County CourtCredit: Champion NewsThe wealthy couple say they’ve been harassed and pestered by their elderly neighbour since moving into their £2.6m house in Surrey 25 years ago.
Their home, near Guildford, boasts a swimming pool and tennis court and at one point its own helipad.
The pair accused Mr Baker of being behind malicious letters and phone calls, pouring abuse on their guests arriving by helicopter, and even poisoning trees on their land.
The final straw came in June 2021 when Mr Baker set fire to the couple’s fence, they say, although the OAP steadfastly denies the claims.

Mrs Dyer had to tackle the blaze herself and now feels trapped in her own home due to anxiety, the couple say.
They have enlisted a series of top barristers and are suing their neighbour for £8,865 in damages at Guildford County Court over the alleged fence fire.
Mr and Mrs Dyer are also seeking a permanent injunction barring their neighbour from piling “combustible or explosive” materials near the structure.
But Mr Baker’s barrister, Lina Mattsson, told the court that he reckons Mr and Mrs Dyer should just build a fireproof wall if they are worried about their fence burning down.

“Mr Baker would suggest that the claimants may wish to replace the wooden fence with a fire-resistant fence – bricks or concrete,” she told Judge Lindsey George.
“He strenuously denies setting fire to the fence.
“He is 80 years old and in frail health and has absolutely no interest or intention of harassing or intimidating the Dyers or their children – or agents.
“Nor does he wish for the wooden fence to catch fire or for it to be a fire hazard.”
The case had to be seen against the backdrop of multiple planning applications made by the Dyers over the years and objections made by their neighbours, she argued.
“It is Mr Baker’s case that Mr and Mrs Dyer have made various false allegations against both him and his neighbours, and use the threat of litigation and substantial cost orders as a means of intimidation to stop the neighbours objecting to their various planning applications or breaches of planning law,” she told the judge.
Former estate agent turned property tycoon Mr Dyer and his wife moved into their sprawling home in 1997.
Since then, they have made more than 30 planning applications relating to their home and land.
Some were rejected or withdrawn following objections from neighbours, and, in 2007, the Dyers clashed with the council after they were found to have created a “permanent helipad” in their field.
The couple – both aged 64 – were ultimately told to remove the helipad via an enforcement notice.
BLAZING ROW
Ms Mattson said the Dyers had instructed a battery of tops barristers to argue their case against their neighbour, their current advocate being Zoe Barton KC, and suggested that they wish to “outspend” Mr Baker in the legal arena.
“The claimants seek £8,865.99 in damages. The case is not legally or factually complex,” she said.
“The only relevant factual question is whether Mr Baker initially set fire to a fence.
“The claimants have budgeted £65,969 for a one-day hearing in a claim for £8,865.99 for alleged damage to a garden fence.
“The claimants will no doubt argue that the case should be allocated to the multi-track in an attempt to seek to recover their legal costs should they be successful, including costs of their various silks.”
But Ms Barton – for the Dyers – denied the claims and said the couple were content for the case to be tried as a low cost small claim.
“They are not out for their pound of flesh and have no interest in securing adverse costs orders,” she said.
“We’re happy for the claim to go on the small claims track.”
The highly-charged row reached Guildford County Court for a brief hearing focused on case management issues concerning the future trial, including negotiating a possible undertaking by Mr Baker involving “clearance of the perimeter of the fence”.
The Dyers’ barrister said her clients had suggested they could send a team of gardeners onto Mr Baker’s side and “clear it at our own cost”.
At an earlier hearing at London’s High Court, the Dyers’ lawyers claimed Mr Baker is storing “the ingredients for a bonfire” against the fence, including various petrol canisters and bags containing wood chips.

They said they wanted Mr Baker to be found in contempt of court and to face a possible jail stretch for breaching a court order directing him to remove all “combustible or explosive materials” from around the fence.
The contempt application and the full trial have both been adjourned until a later date.