HomeUK NewsWe spend £500 on lighting up our house for Christmas... but nosy...
UK News

TWO pensioners who spent £500 lighting up their house for Christmas say that traffic jams are caused by those stopping to have a look.
Helen and John Attlesey turn their home and garden into a magical Christmas wonderland every year, to thank surgeons for saving the life of their grandson. 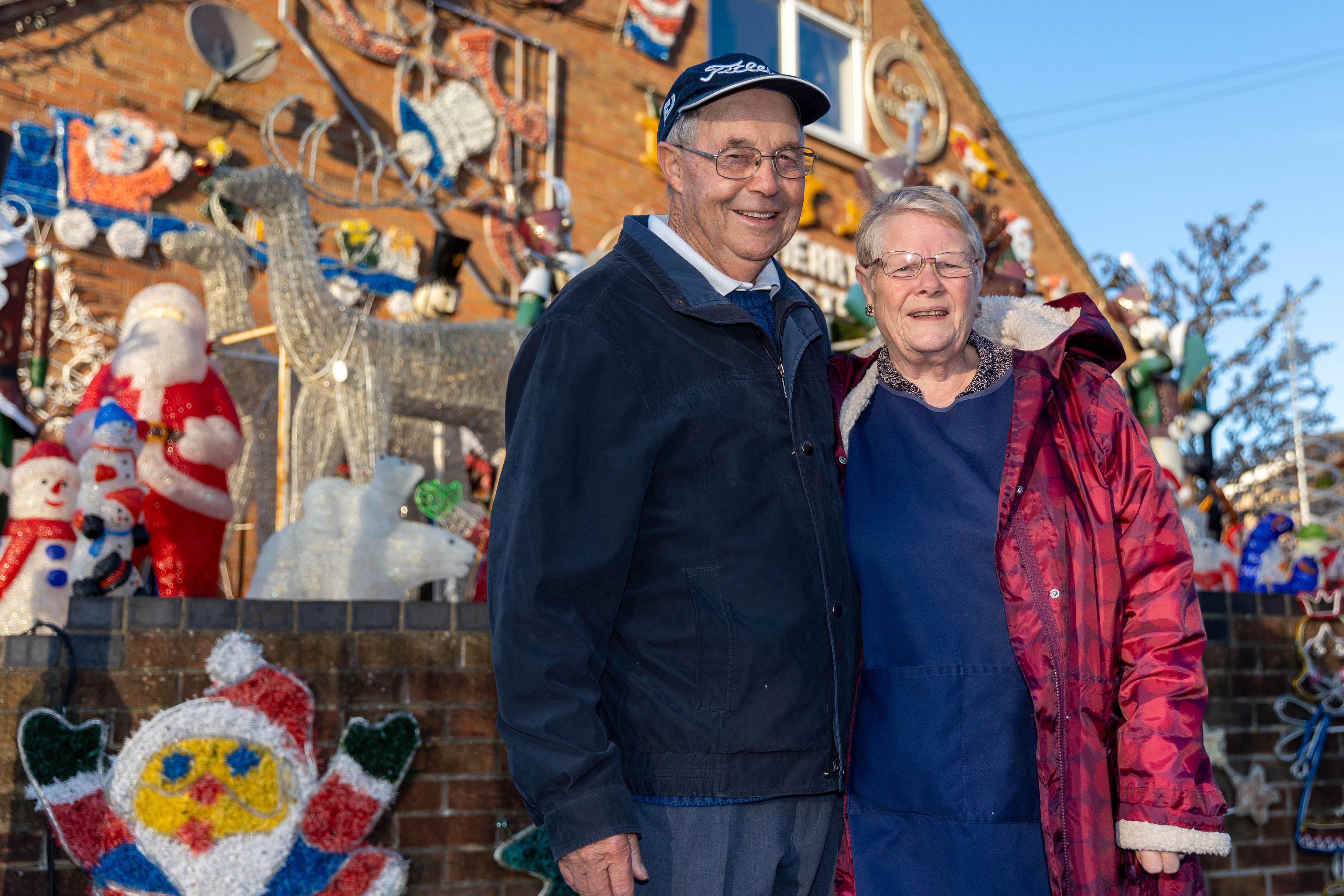 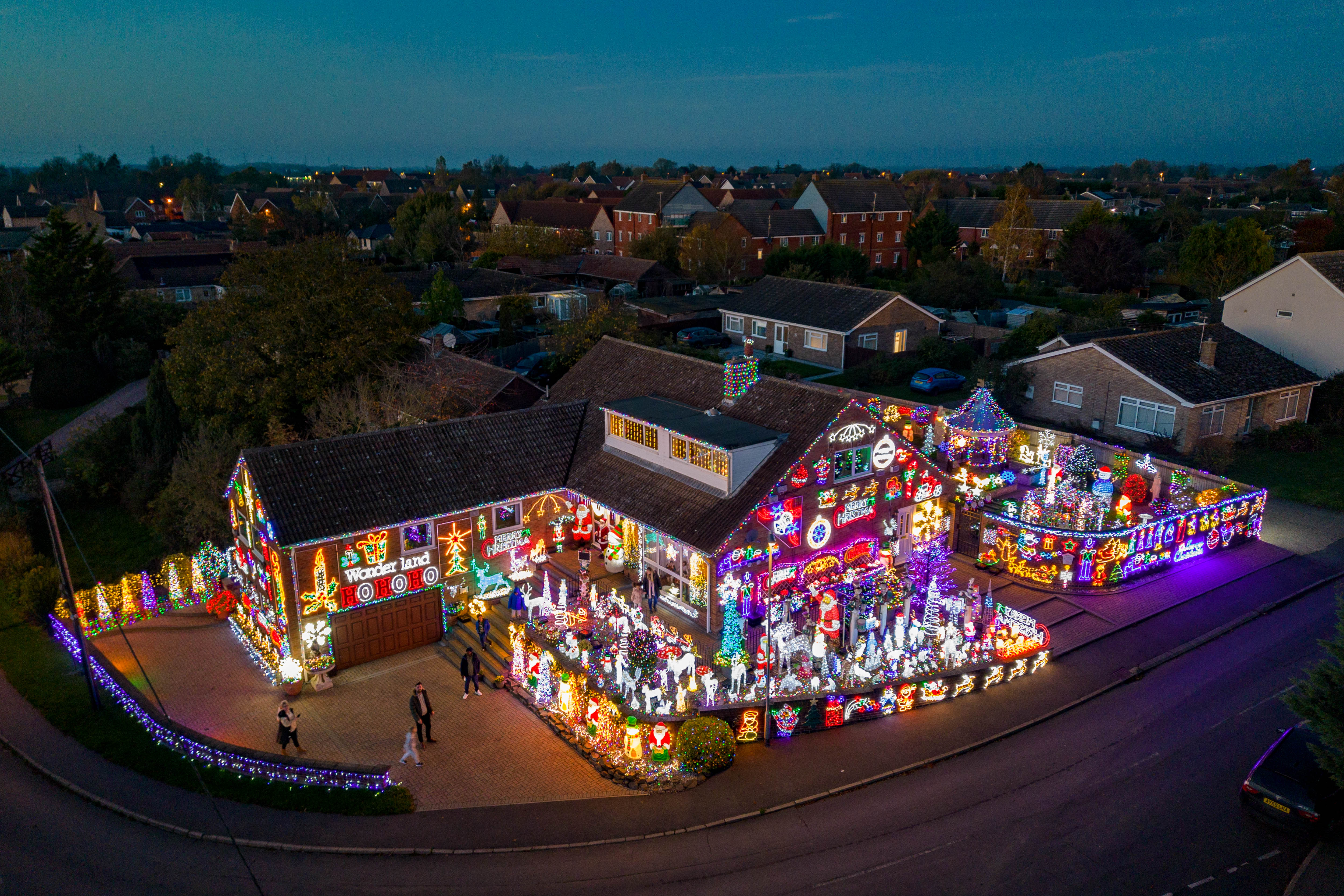 6Their festive display is so popular that visitors stopping to look caused traffic jamesCredit: Terry Harris 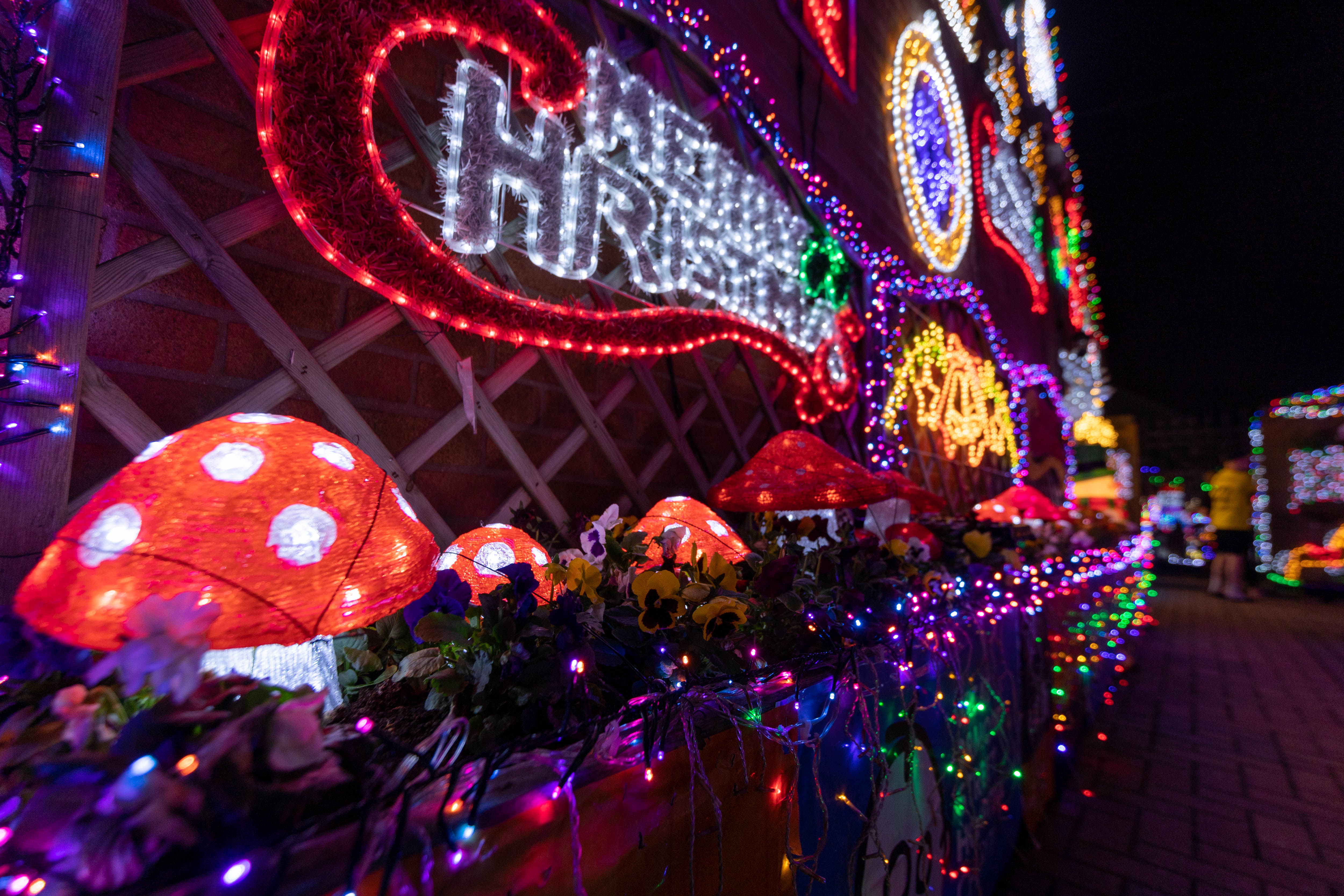 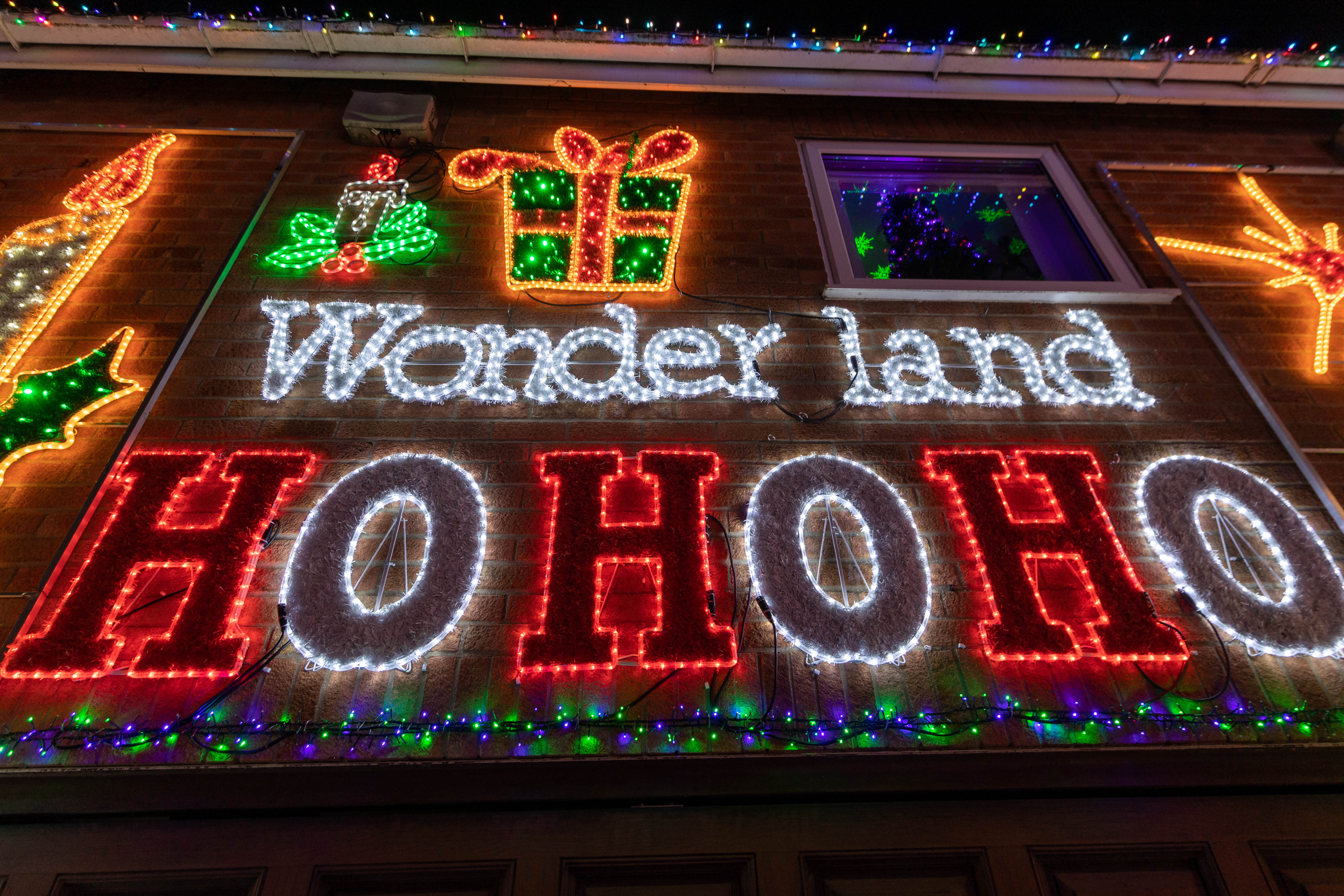 6There are thousands of dazzling lights on displayCredit: Terry HarrisFamilies come from miles away to see the festive display display, often causing traffic chaos in the quiet street in Soham, Cambridgeshire.
During Covid, worried police ordered the couple to turn off the dazzling lights because so many people turned up that social distancing was impossible.
Since 2012, the pair have raised almost £50,000 for charities that helped six-year-old Jacob when he was given less than 18 months to live after suffering severe epilepsy.
And the couple, who switched on their display on Bonfire Night are hoping to boost the total even further this year. 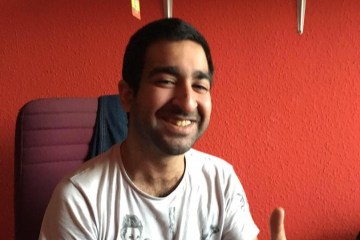 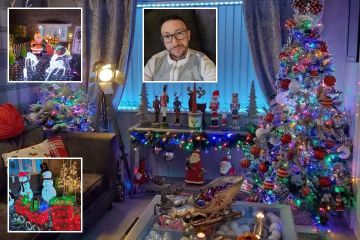 John, 77, said: “Jacob is now 18 and doing fine. But we are so grateful to the doctors who carried out an operation to save his life and everybody who helped him.  This is our way of paying them back.”
It takes John and Helen two months to set up the dozens of illuminated smiling Santas, cheerful snowmen, reindeers, polar bears, unicorns and teddy bears.
Giant snowflakes are attached to the walls along with signs saying “Wonderland – Ho, Ho, Ho” and “Santa Stop Here”, while inside one of their windows is a giant nativity scene.
By the gate is a big red post box where local kiddies can post their Christmas present list – we found requests for a toy rocket, a pair of boots, some perfume and various  books.

And every day Helen wheels out a giant singing and dancing plastic Santa every day that thrilled kiddies can shake hands with.
Once January arrives, it takes another three or four weeks to dismantle the display and store everything away.
The couple are dreading their next electric bill. “It won’t be cheap,” admitted John, who used to run a garden centre in the town.
“Last year it cost more than £500 and power prices have soared since then.”
But Helen added: “We will pay all that ourselves. No money will be deducted from the donations which kind people have made for charity.”
The takings will be split between Great Ormonde Street Hospital in London, where Jake was treated, the East Anglia Children’s Hospices, who cared for Jake, and the Dreamflight charity, who sent him on an all-expenses-paid trip to Florida.
“The Attleseys are a national treasure,” smiled one neighbour.
While Sandra Webb, who lives opposite, said: “The lights are absolutely lovely.
“Every year as soon as they put the lights up I take some pictures and send them to my six-year-old great grandson Lorenzo, who lives in America. He is as thrilled as I am.”
Glenda Gill, 74, who admired the display as she welked past with her two dogs, added: “It’s absolutely delightful. Yes, there’s sometimes a bit of a traffic jam because so many people come to see them.
“But that’s a small price to pay for the enjoyment the lights give – not to mention the money the lovely couple raise for charity.”
Stanley Connor, who lives a couple of doors away, said: “I think the lights are great. They get all the neighbours in the Christmas spirit.” 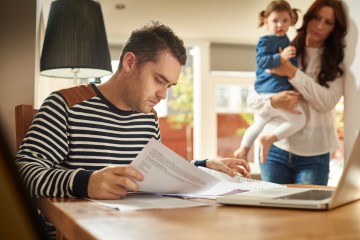 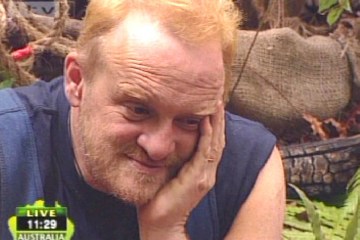 Their 2020 display raised £12,895.57 last year – more than double the previous year’s total – for three charities close to the couple’s hearts.
The money was divided between three charities who have helped their grandson: East Anglia’s Children’s Hospices, Great Ormond Street Hospital and Dreamflight, who take a group of children to Disneyland each year. 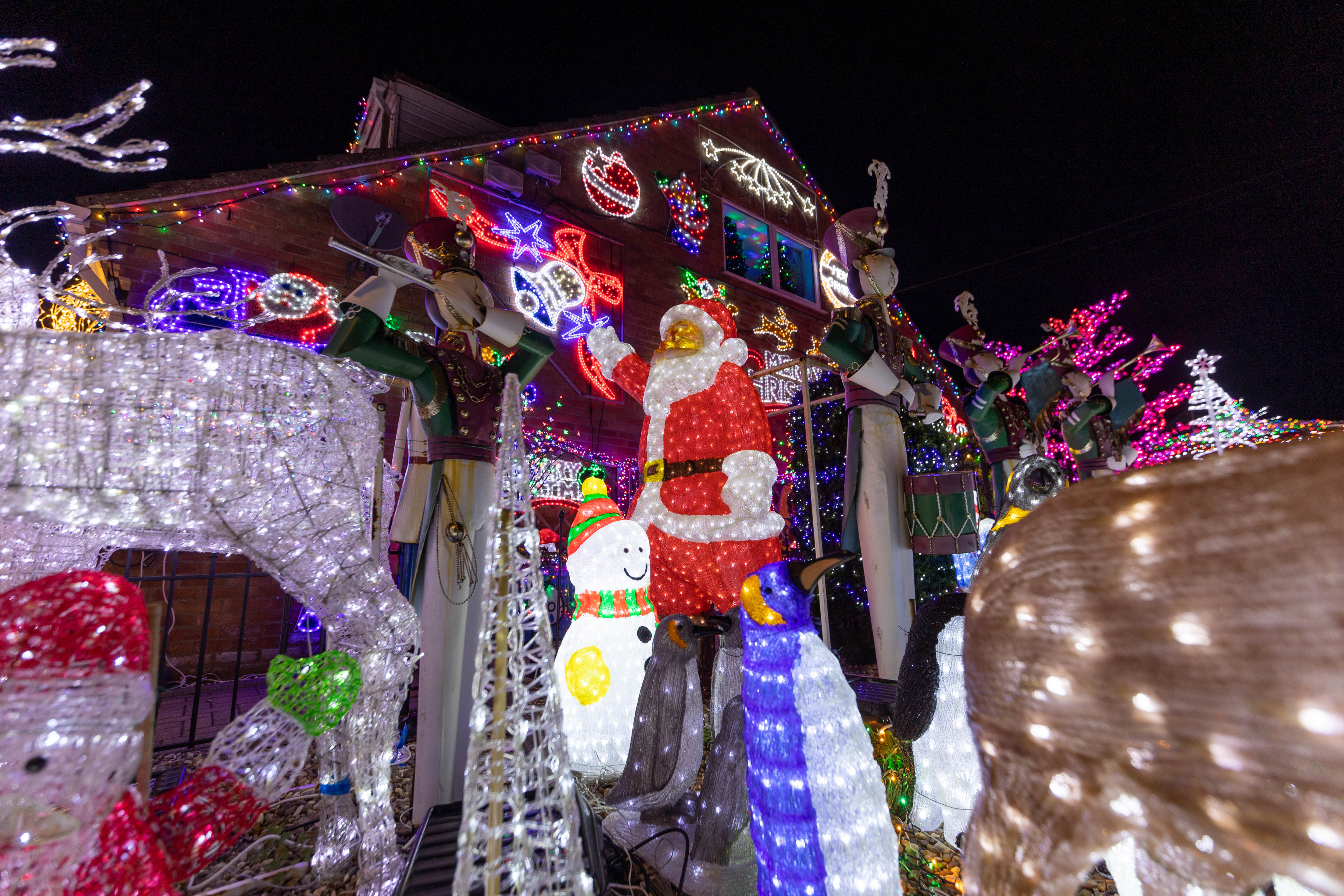 6A lit up Santa Claus is of course part of the displayCredit: Terry Harris 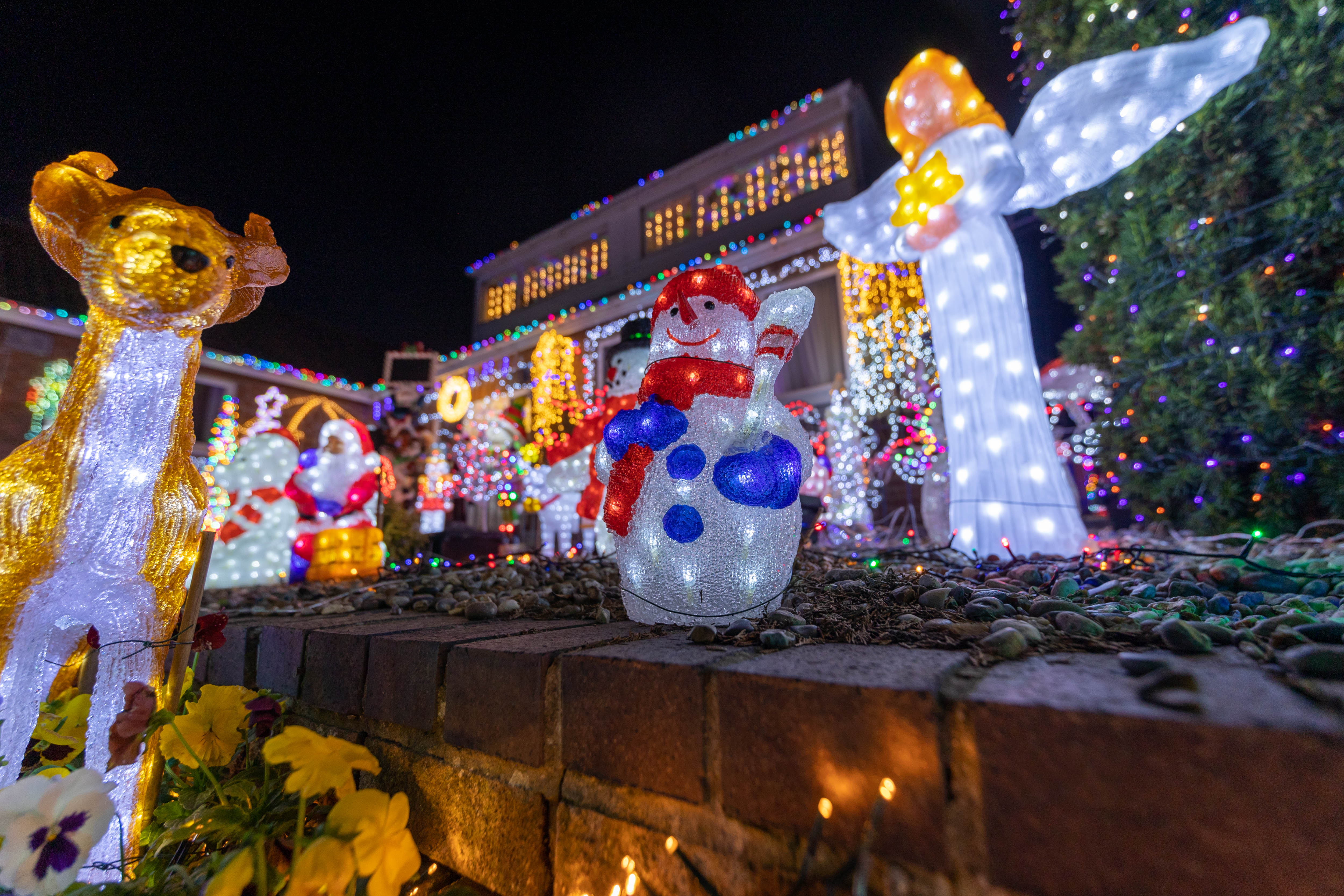