OUTRAGOUS footage showed the moment a man was told to leave Wilko after his light blue ‘car’ was blocking the aisles.
A Gateshead resident left shoppers shocked when he tried to maneuverer his vehicle through the crowded Wilko store. 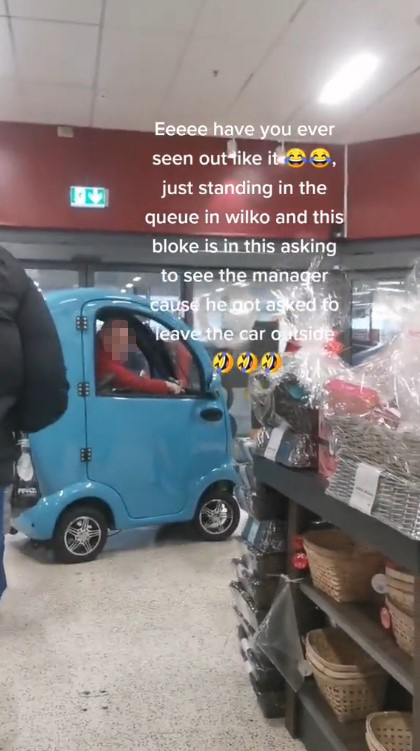 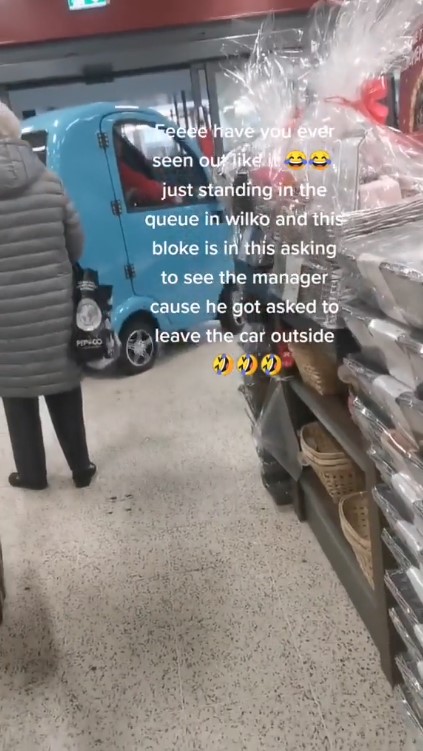 2People have defended the rider, unsure as to why he was asked to leaveCredit: tiktok/@user493859448Posted on TikTok, the video showed the elderly man being directed out of the shop by staff.
Opinion was divided in the comment section as some found the clip hilarious and light hearted, while others defended the man and believed he should have been allowed to stay.
Comments also unveiled the true nature of the ‘vehicle’ and it turned out to be a modified mobility scooter.
One person posted: “A 62 point turn to get out of Wilko’s, just when you think you’ve seen it all! Ha ha.” 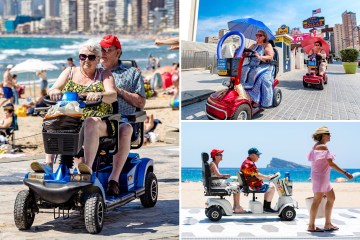 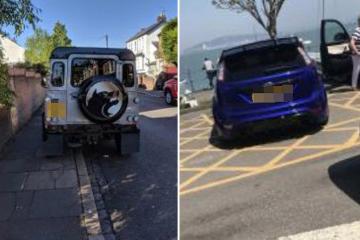 Another joked: “At least he didn’t crash through and rip off the glass barriers like my Grandad did in Aldi and he ‘didn’t know why he was barred.'”
“I would love this to go do my Xmas shopping. Everyone would move out my way!” A third agreed.
Several people defended the ‘motorist’ and questioned why he was not allowed in the store.
Someone commented: “Don’t see why he can’t use it in store, it’s just a mobility scooter with a roof.”

“Why won’t they let him in? It’s only a mobility scooter, it’s just customised with a hard shell case for bad weather ect but it’s still mobility scooter,” another said.
“That’s the same size as a mobility scooter just taller shouldn’t be a issue,” a third agreed.
The Gateshead Wilko has been contacted for comment.
Earlier this year another shocking video of a mobility scooter causing havoc was uploaded on TikTok, but this time the rider was on a motorway.
The person filming appears to be sat in the passenger seat of a van and according to the video description, the van is joining the M57 near Liverpool.
People couldn’t believe their eyes and took to the comments to show their disbelief.

One said: “When your nearest Wetherspoons is 4 miles.”
While another quipped: “I feel the need… the need for speed.”