FOR the past few years, I’ve held an increasingly firm conviction that the world has gone stark raving nuts.
We’ve allowed a bunch of purple-haired, ring-nosed, humour-devoid, permanently howling woke fascists to bully and shame us into believing their insane views are the only ones to be tolerated. 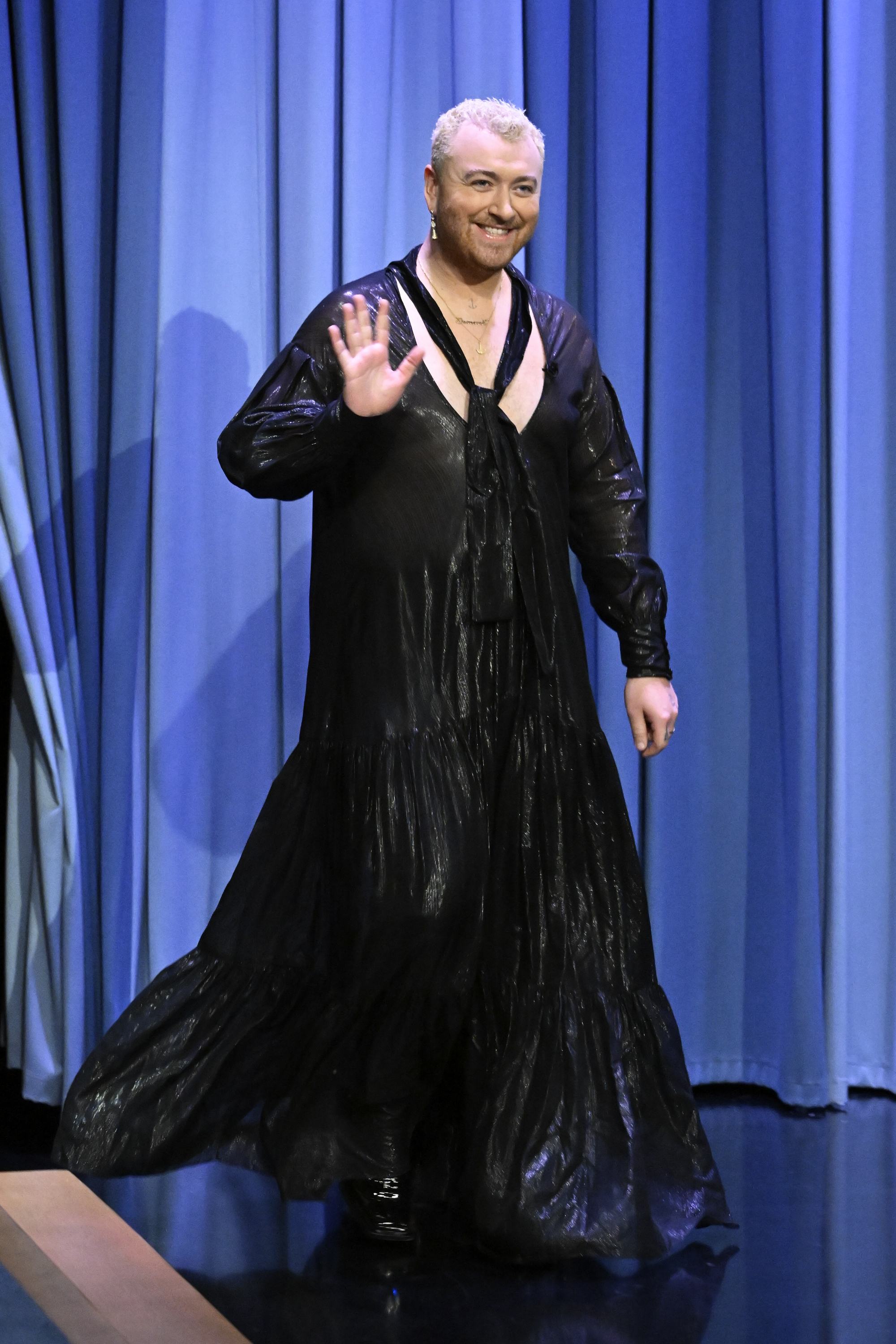 7Sam Smith hit out at the Brit Awards for keeping male and female categoriesCredit: Getty

7Trans rights activists protesting outside the Scottish Parliament in Edinburgh 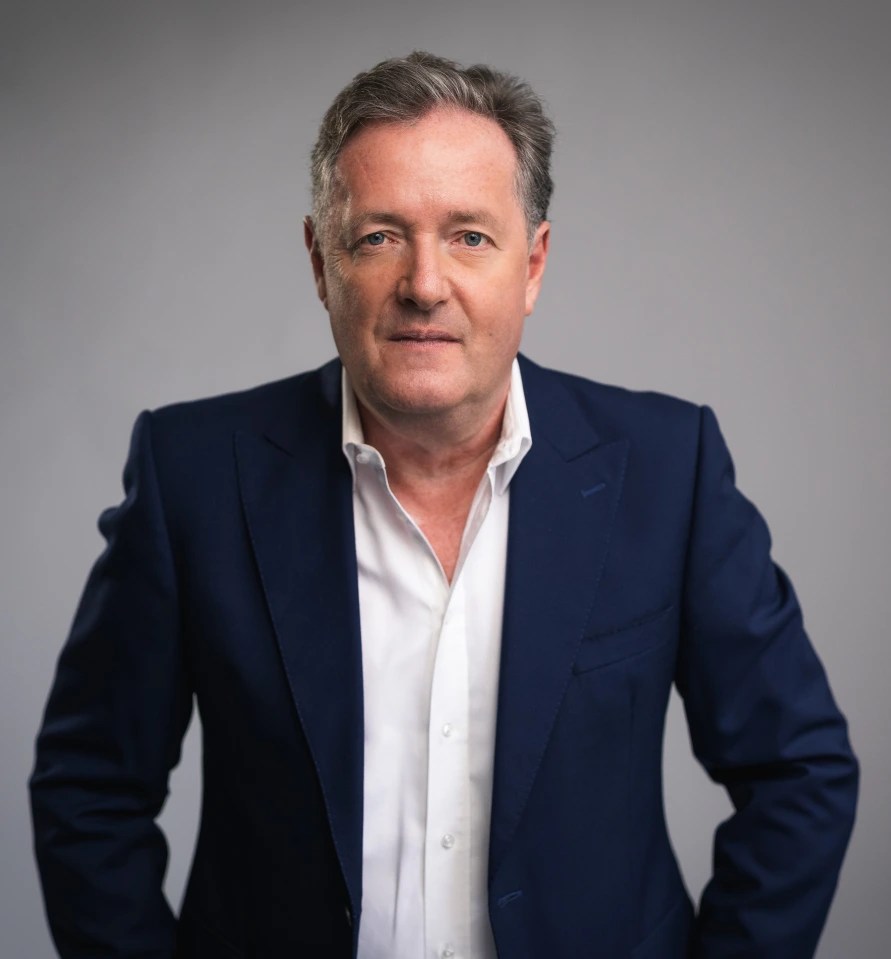 7Piers has slammed the ‘grotesque betrayal of women’s rights to fairness and equality’And by cow-towing to this vile censorious cancel culture mob, we’ve created a society too fearful to defend even the most basic principles and values of free, open democracies.
Now, we’re reaping the hellish consequences of such pathetically supine and cowardly behaviour, and the biggest victims of it are women.
Just look what’s happened in the past week.
The Brit awards, following a ridiculous campaign to make them gender-neutral driven by Sam ‘I used to be a gay man now I’m non-binary and demand to be called they/them’ Smith, did exactly that and then announced all five nominees in the Artist of the Year category were male. 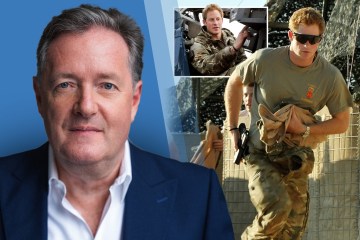 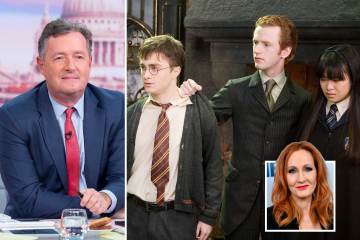 And what was Smith’s response to this entirely predictable scenario?
He said it was ‘a shame’ there weren’t any women on the list!
Chief Guardian newspaper wokie Owen Jones even tweeted that ‘gender neutral awards should reserve 50% of nominations for women.’
You couldn’t make this ludicrous two-faced garbage up.

And if you want to know where such a disingenuous and naïve mindset leads, look no further than the case of a shaven-headed face-tattooed muscle-bound monster named Adam Graham who savagely raped two women that he met online.
When he first appeared in court in 2019, Graham did so as a man, his biological sex.
But by the start of his trial, he’d decided to transition into a woman named Isla Bryson.
And now ‘she’ is heading to a women’s prison where ‘she’ will be locked up alongside actual women of the kind ‘she’ raped when she was a man.
Have we lost our bloody minds?
Watch Piers Morgan Uncensored weekdays on Sky 526, Virgin Media 606, Freeview 237, Freesat 217 or on Fox Nation in the US
Meanwhile, up in Scotland, trans rally protestors held signs saying ‘DECAPITATE TERFS’ because they object to the UK government decision to block Holyrood’s Gender Recognition Reform Bill – the one that lets 16-year-olds too young to buy a drink legally change their gender without any medical diagnosis.
‘Terfs’ is the acronym for ‘trans-exclusionary radical feminists’ and is an insult hurled at anyone like Harry Potter author JK Rowling who dares to question extreme trans activists about their relentless war on women’s rights.
So, what these protestors were saying was that people like Rowling should have their heads chopped off for defending women.
Can you think of any more disgusting?
Why aren’t these despicable people all rounded up and slung in jail?
The answer is that police are just as intimidated by the trans activist mob as everyone else, and more worried about being branded ‘transphobic’ than doing the right thing to protect women.
As are politicians.
Labour MP Rosie Duffield wrote powerfully this weekend about her harrowing ordeal since she committed the heinous crime of ‘liking’ one of my tweets.
‘Shamefully abandoned’
After my former employers CNN referred to ‘individuals with a cervix’ in a report about cancer screening, I replied: ‘Do you mean women?’
Duffield ‘liked’ it and was promptly bombarded with so much vicious hate that she had to take a break from Twitter.
She was also shamefully abandoned by her own party, and last week was even loudly heckled and booed by Labour MPs in the House of Commons after she spoke sensibly in defence of spaces ‘segregated by sex.’
Duffield is a single mum, a domestic abuse survivor, and has campaigned long and hard for women’s rights.
It’s hard to think of anyone better qualified to stand up for women, and properly understand the very real and serious concerns around these issues.
Yet she’s been abused, vilified, and treated like an annoying piece of dirt by a party that has the audacity to call itself progressive and concerned about women’s rights.
‘Gender terrorists’
Her courage is in marked contrast to the pitiful cowardice of many in her party who are too afraid to stand up for women.
And then there’s the ongoing farce of women’s sport, which is currently being destroyed at the altar of absurd virtue-signalling.
World Athletics just announced that trans athletes can continue to compete against women born to physically inferior female bodies, they just have to lower their testosterone a bit more than they currently do.
But that doesn’t reduce crucial advantages gained after male puberty like increased body mass, muscle fibre or lung capacity – all of which give men a hugely competitive edge over women which is why we separate the sexes for events like the Olympics.
Nor, as British shot put champion Amelia Strickler told me on Piers Morgan Uncensored on Tuesday night, does it allow for female athletes having to endure often debilitating and performance-affecting monthly periods when trans women athletes don’t.
This is a grotesque betrayal of women’s rights to fairness and equality.

But it’s happening because sporting chiefs, like politicians, the police and seemingly everyone else in positions of authority in our society now, lack the stomach for either fighting or winning the increasingly nasty and ruinous war on women.
With absolutely no apologies to any wokies who might be offended by my choice of language, we need to man up and grow a pair before we let these gender terrorists eradicate the very concept of being a woman. 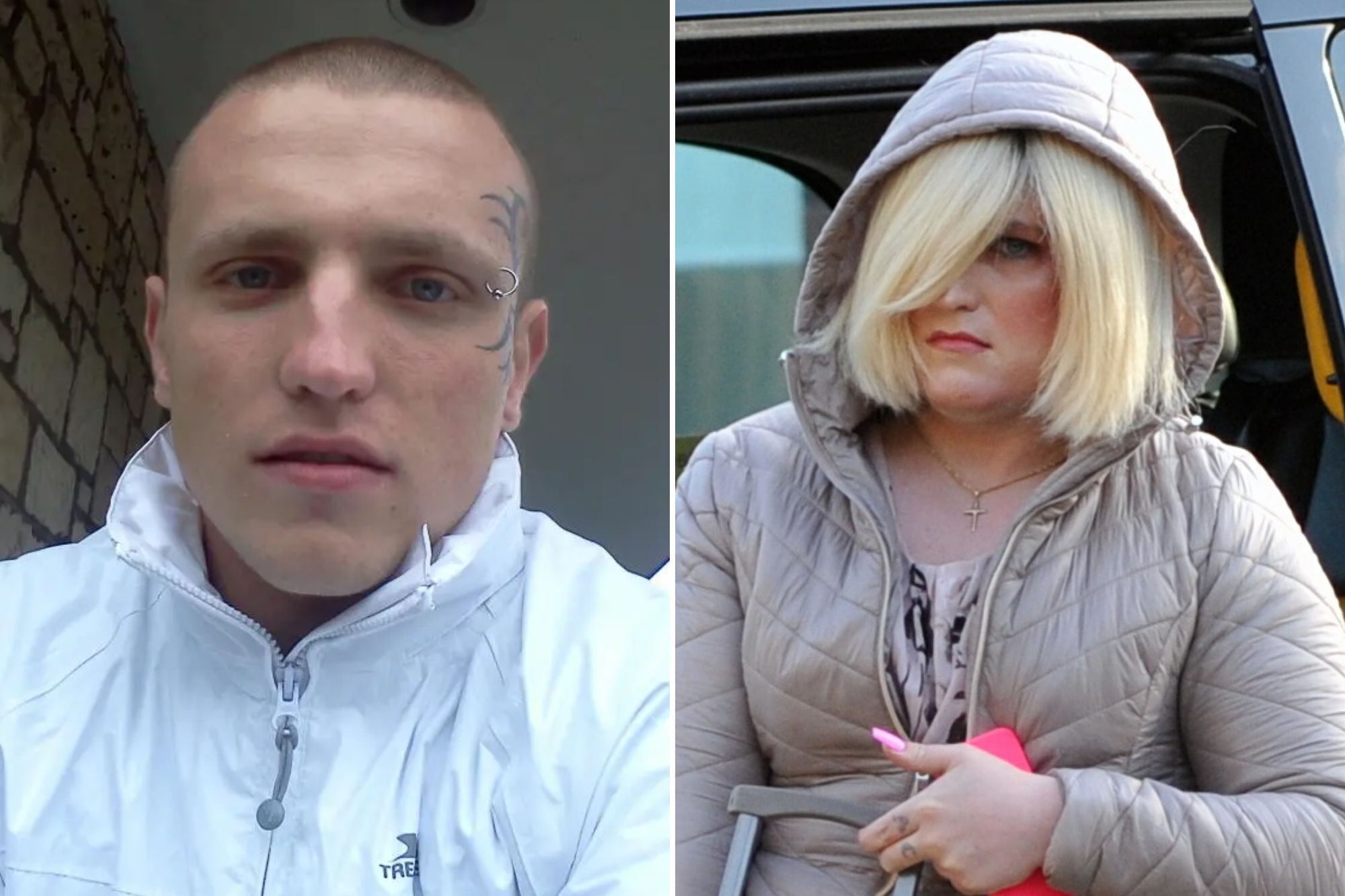 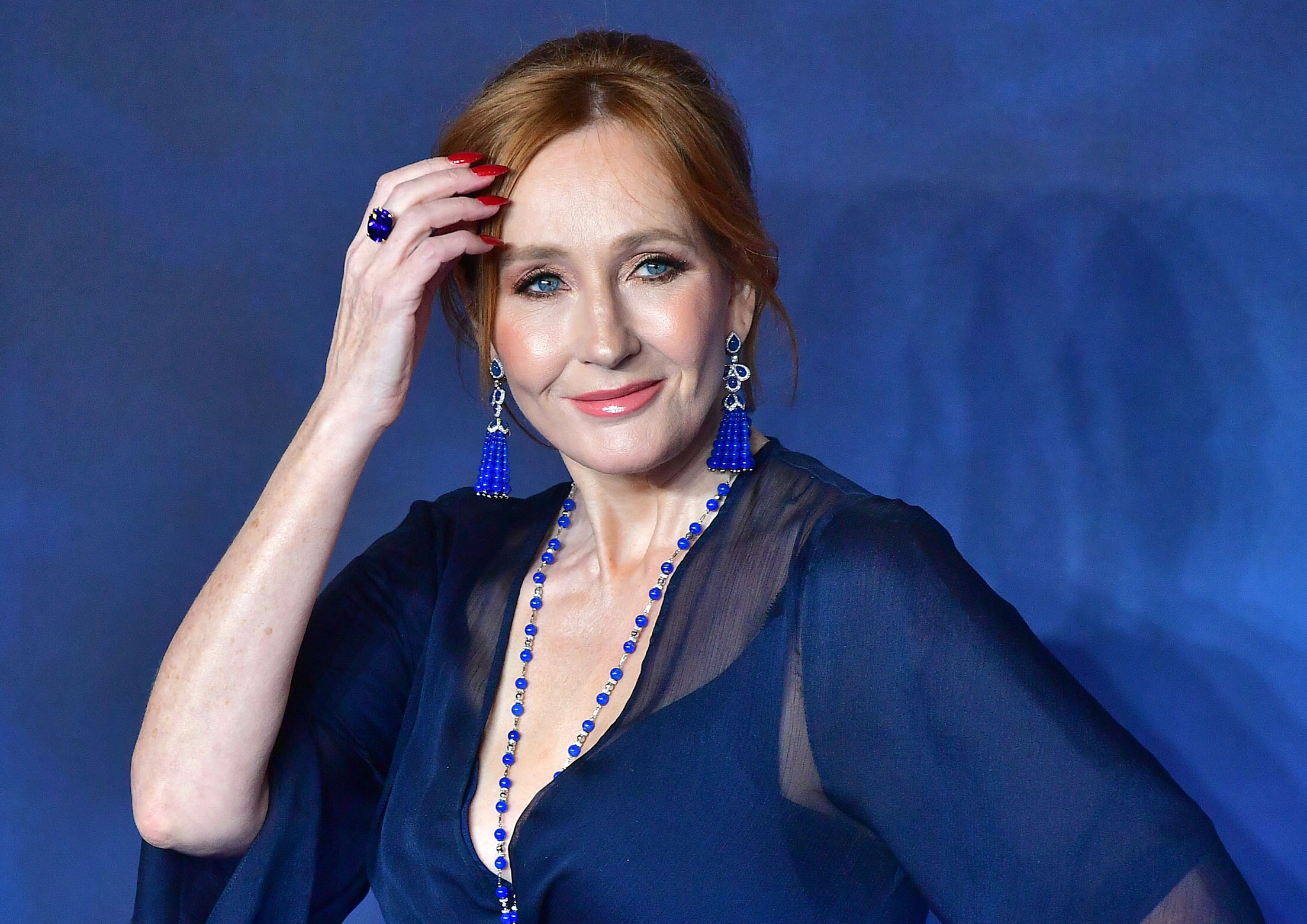 7JK Rowling has been threatened for daring to question extreme trans activistsCredit: Getty 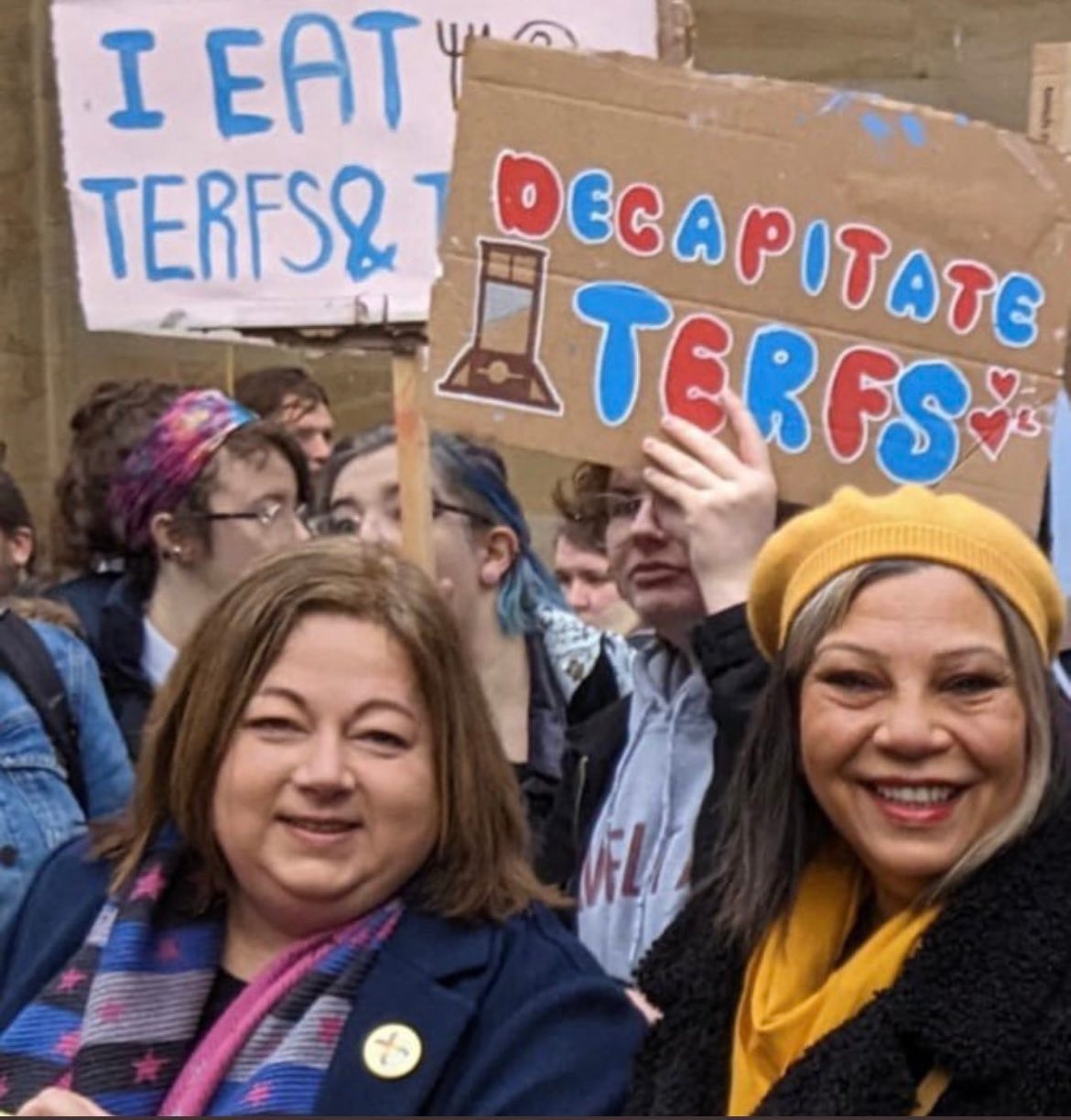 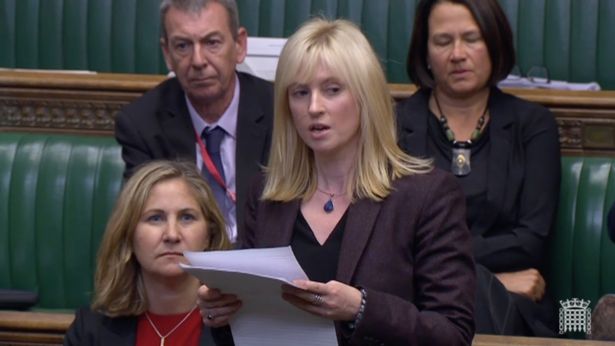