A FRESH dumping of snow will hit parts of the UK today as temperatures continue to tumble.
Up to eight inches will fall in some areas amid sub-zero conditions, causing chaos on the roads, railways and runways. 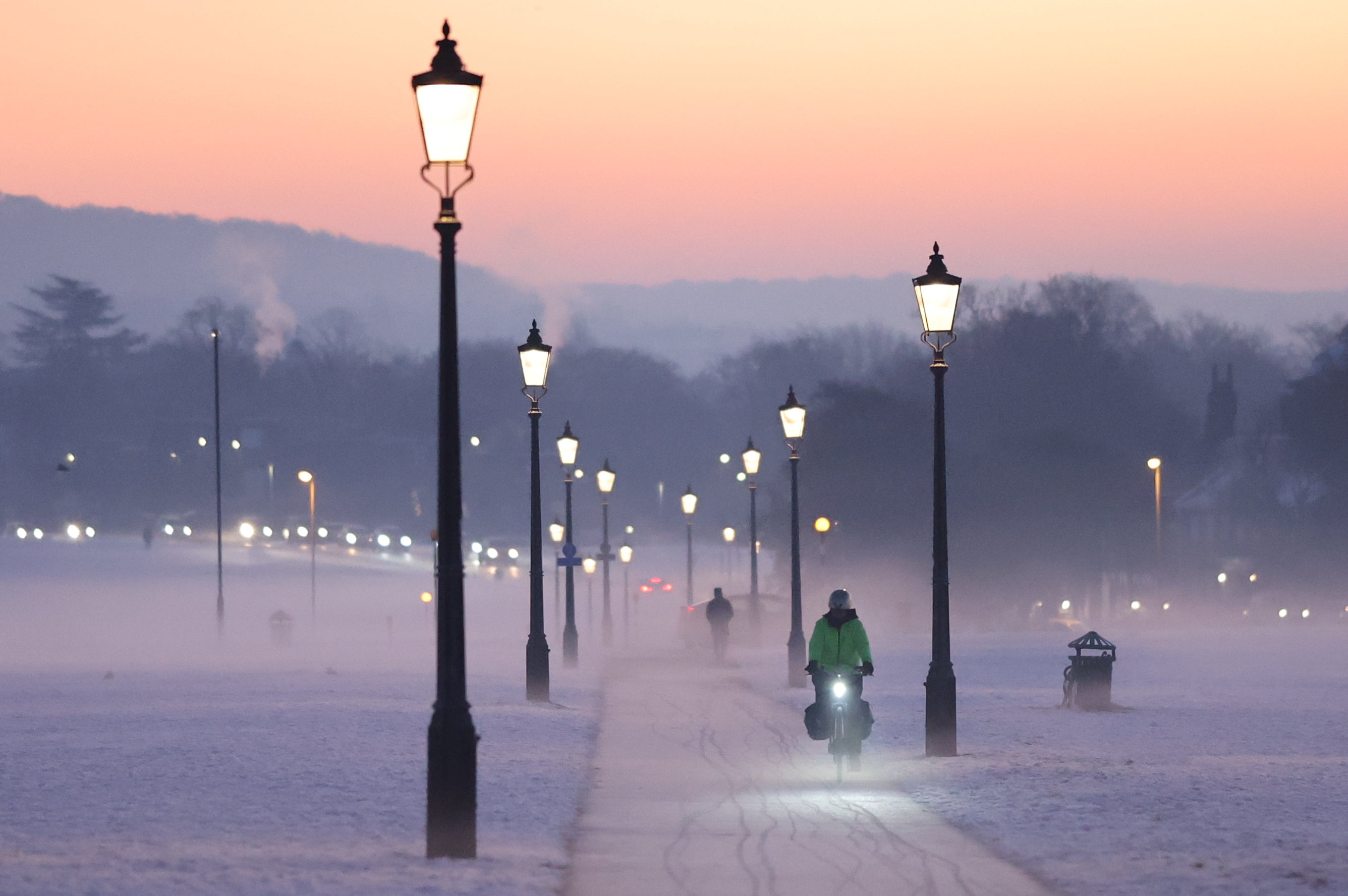 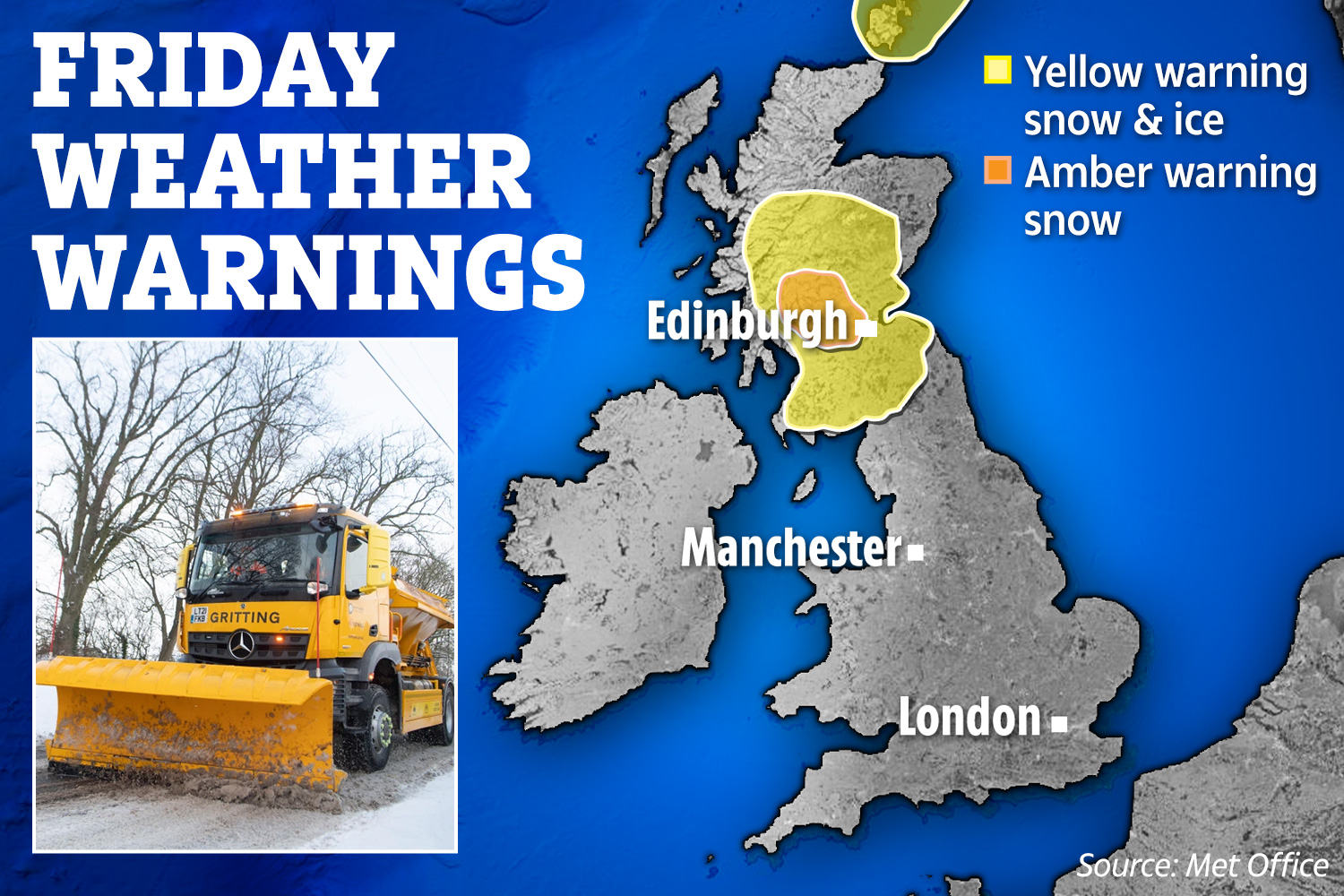 5An amber snow warning is in force across Strathclyde, Central, Tayside and Fife, and West Lothian until at least midday, with “heavy snow” sparking widespread travel disruption.
The Met Office has urged motorists, as well as train and plane passengers, to take care and expect delays and cancellations.
For those staying at home, power cuts are also “likely”.
The white stuff will initially fall to low levels, with up to four inches accumulating in places over two to three hours. 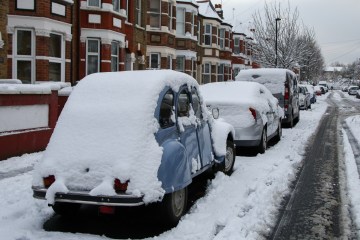 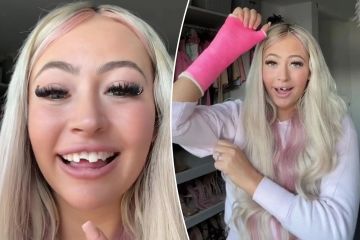 But by lunchtime, as much as eight inches may have blanketed higher ground.
A further two yellow warnings for snow and ice have been issued, covering a wider region of Scotland and the Highlands.
Here, journeys may take longer than usual, some road closures may be in place and some rural communities may be cut off.
In Shetland, engineers are working to reconnect about 1,700 properties which have been without power since Monday.

The Scottish Government declared a major incident the following day after heavy snow brought down power lines in the icy blast.
The mercury plunged to a bone-chilling -13.5C at Loch Glascarnoch in the Scottish Highlands last night, and it could get even colder.
On Sunday, yellow warnings for snow and ice cover almost the whole of the UK.
Wintry showers will hammer down for much of the day across most of England, Scotland and Wales.
Strong winds are also expected, with forecasters warning of “gales or severe gales” over high ground.
“This will lead to blizzard conditions in some areas for a time,” the Met Office has said.
“A brief period of freezing rain is also possible, most likely to impact areas from the Pennines northwards, with a consequent risk of ice accretion on structures and power lines.”
Meteorologist Craig Snell added: “It’s going to be another very cold night out there, with a very hard frost to the south with temperatures falling to -8C or -10C in a few spots.
“A cold, sunny but frosty start for many eastern parts of England on Saturday, with an area of sleet and snow for northern England and north Wales.
“Watch out if you’ve got some travel plans.
“A better day for Scotland, but still the risk of some sleet and snow around, especially across more western parts, and again, some more wintry showers.
“There is an increase in risk of a significant spell of sleet and snow, especially across more northern and eastern parts of the country on Sunday.

“The weak winter sunshine isn’t really going to help much with the temperatures, with temperatures at best possibly 6C down towards the very far south west.
“But under the sleet and snow, you’ll be lucky if you do climb above freezing.” 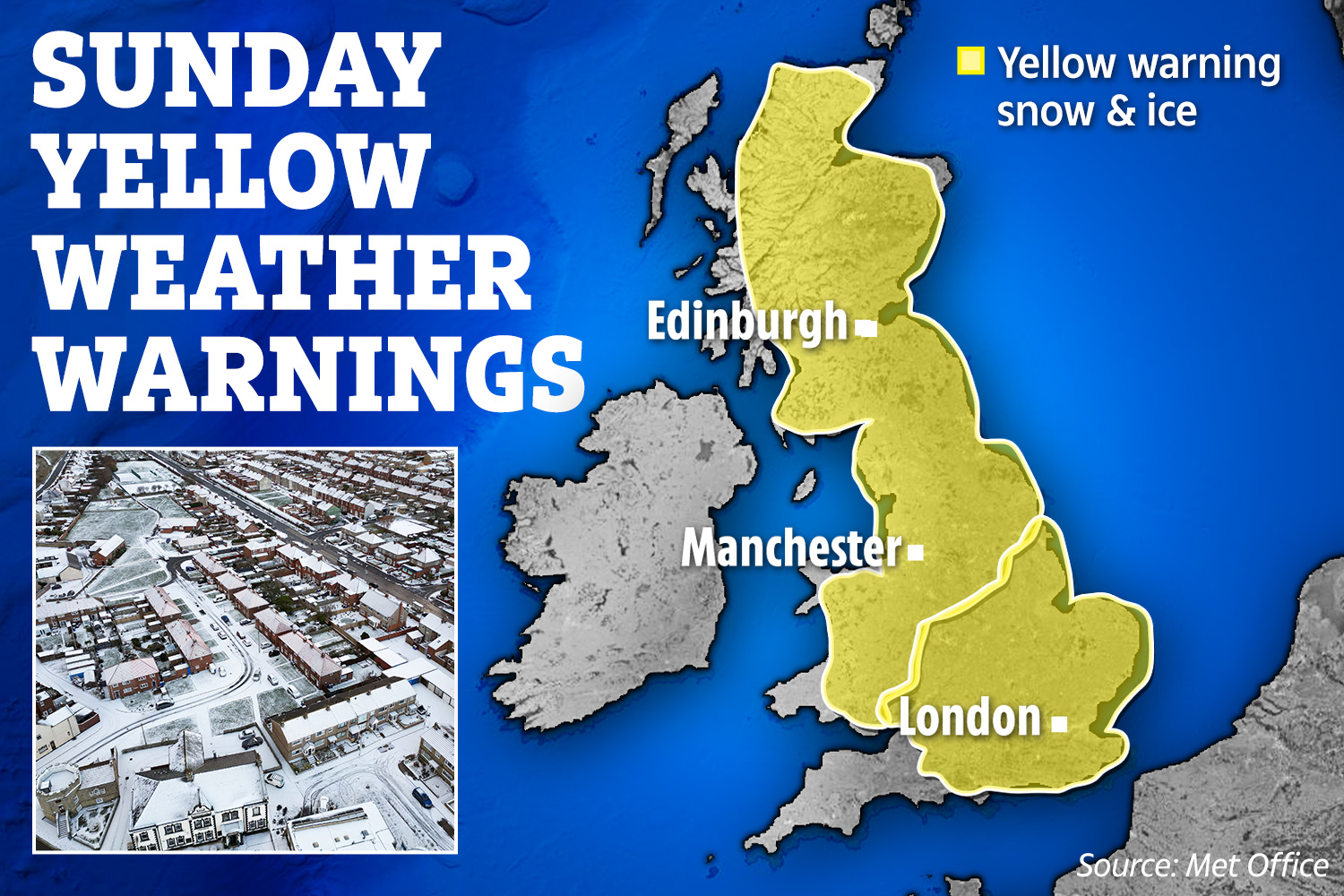 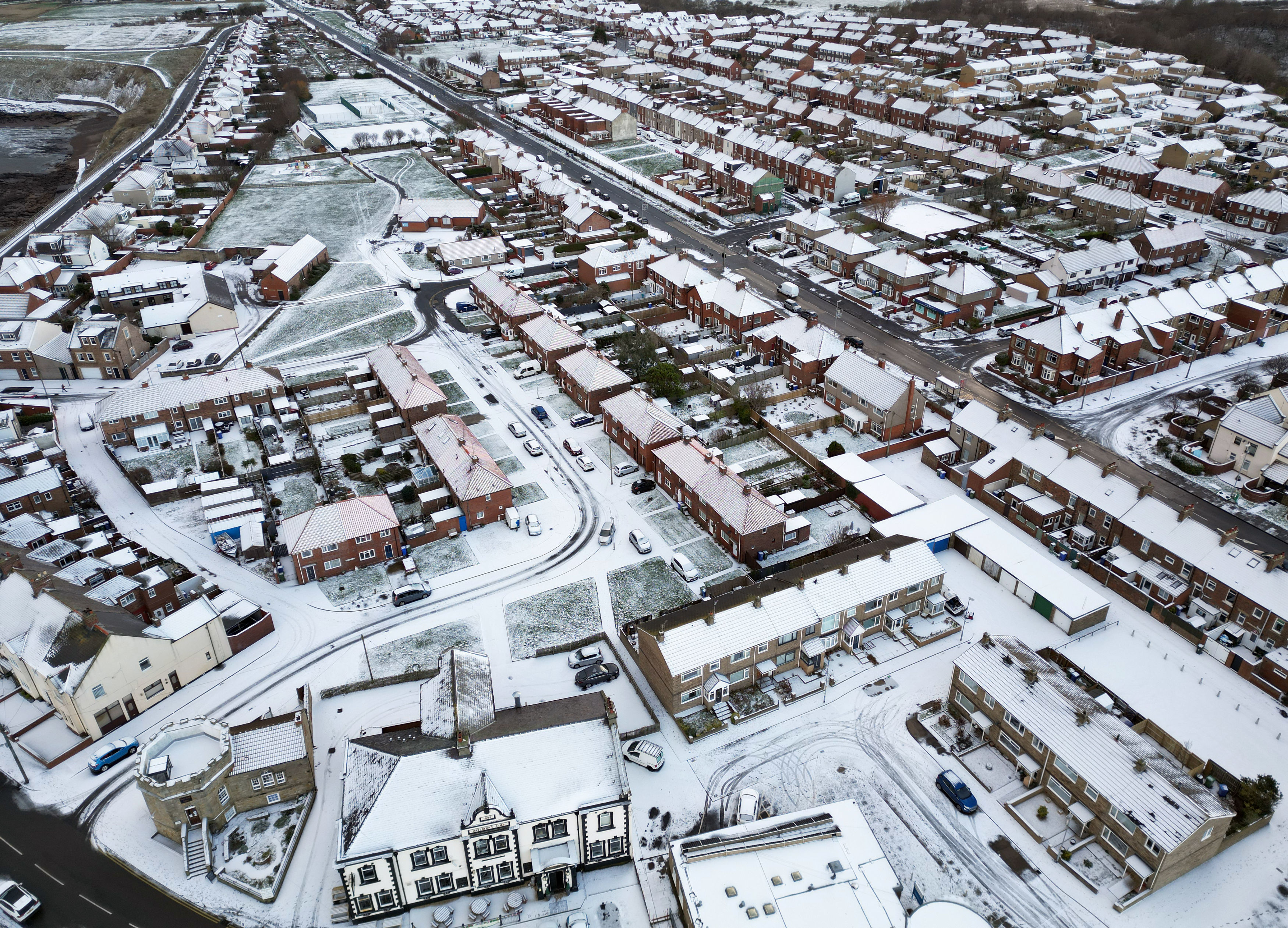 5A blanket of snow at Seaton Sluice in NorthumberlandCredit: PA 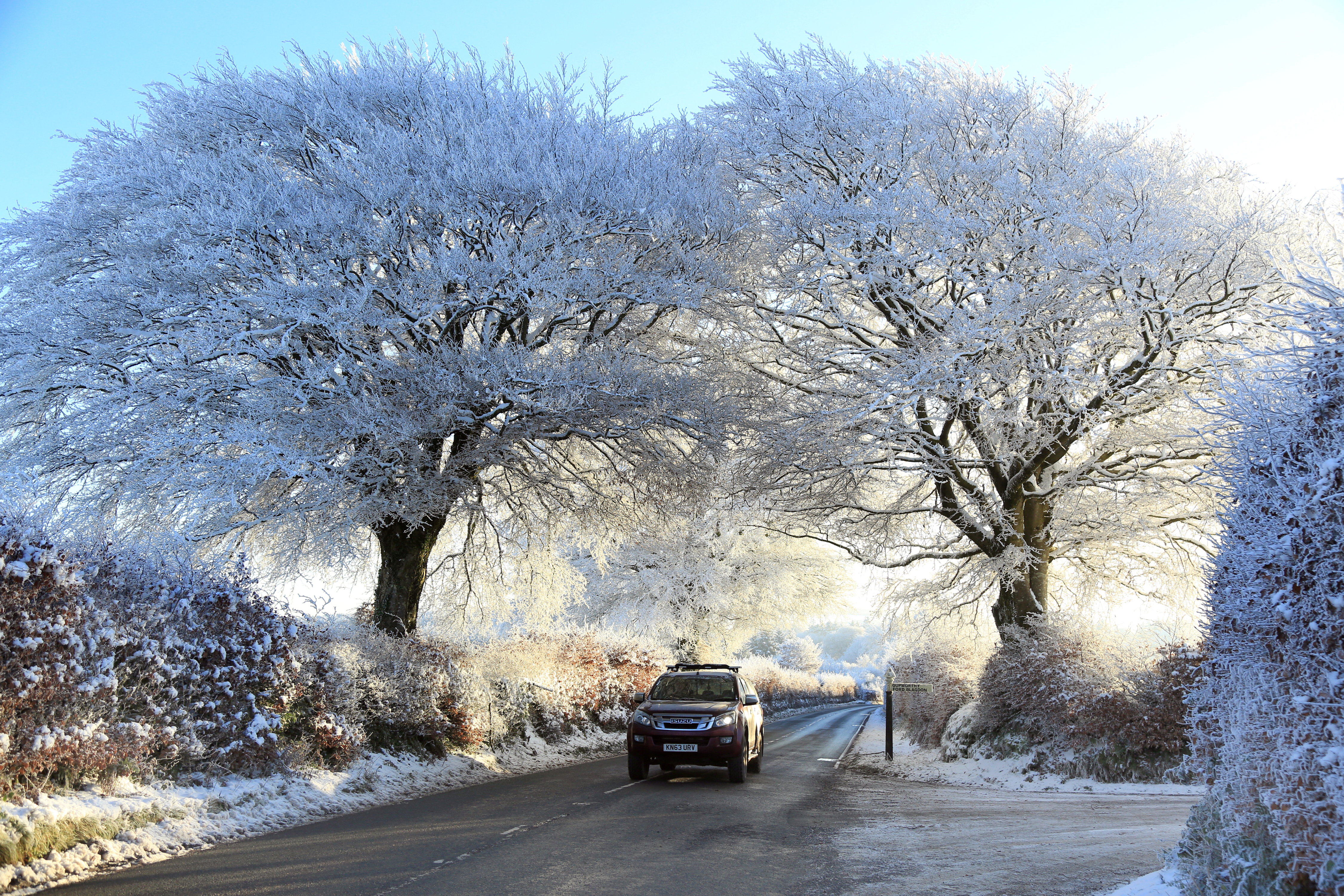