BRITS are braced for potential snow as a bitter cold snap strikes the country with rain, lingering fog and icy frost.
The UK could see the white stuff as early as Saturday according to Met Office predictions. 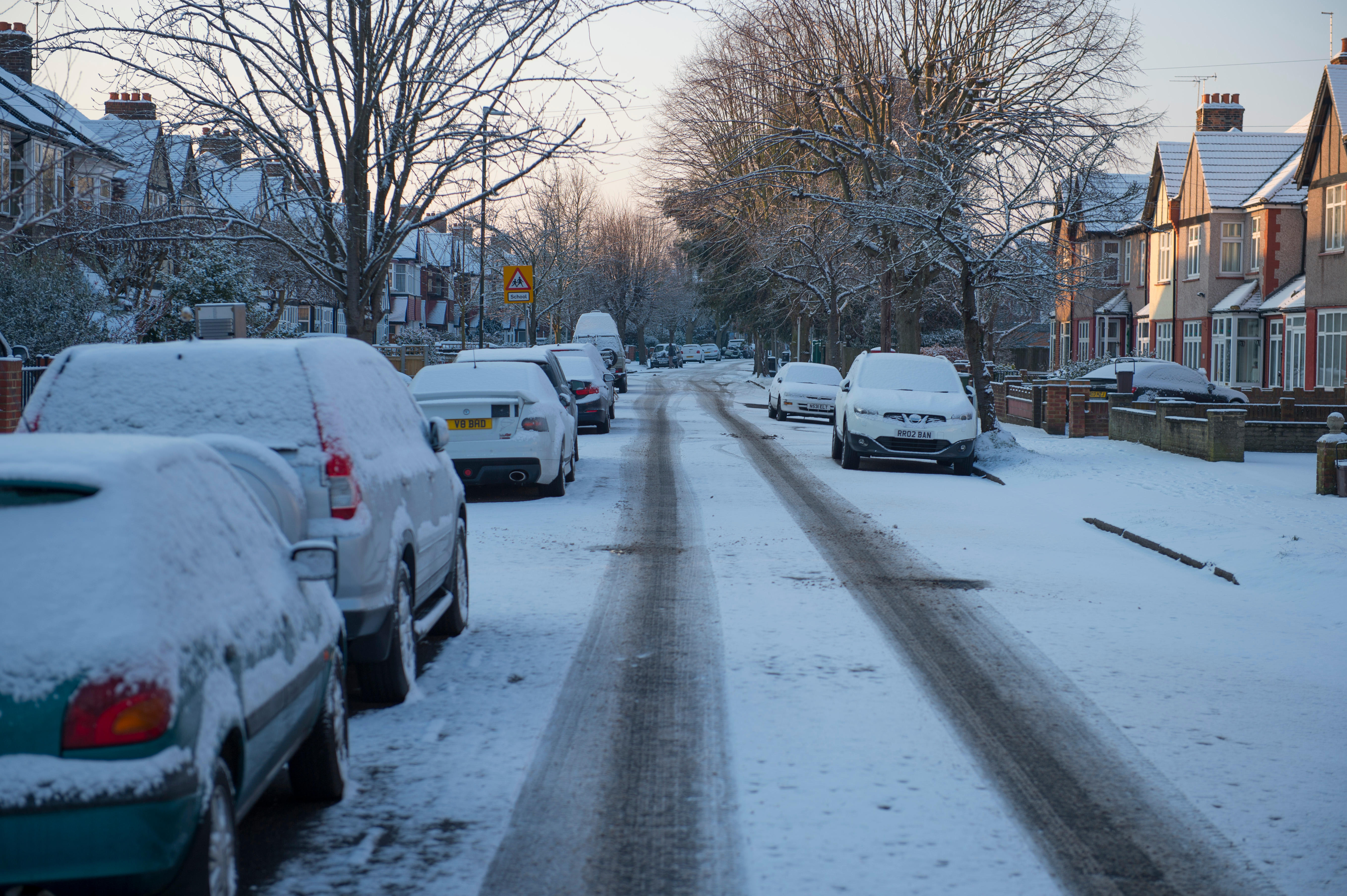 2Brits are braced for potential snowy weather coming as early as SaturdayCredit: Alamy 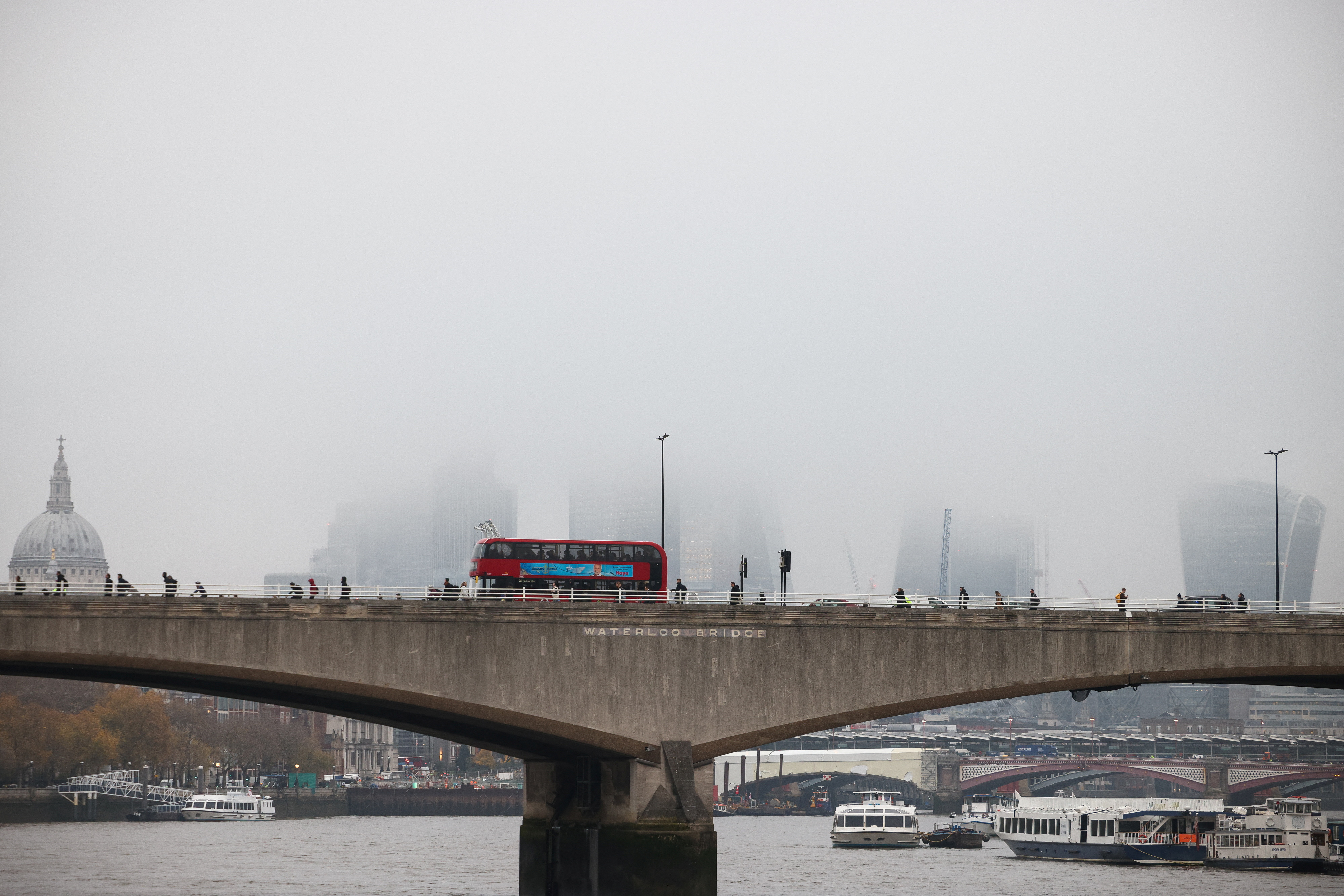 2Foggy weather seen yesterday in London may also persist later this weekCredit: ReutersThe weather service confirmed that there was “potential for snow” this weekend in areas of Scotland and Wales.
Easterly winds will see lots of rainfall but this could fall as snow over higher ground.
Met Office senior meteorologist Greg Dewhurst said: “There is some potential for snow this weekend, but likely just over the mountains of Scotland, the Pennines and the Welsh mountains.
“An easterly wind and showers will sweep in from that direction, mostly falling as rain. But over higher ground this could fall as snow.

“Modelling shows this could be a couple of centimetres over higher ground on Saturday and Sunday. There are no accumulations showing for Friday. We’ll know more in the next few days.
“Daytime temperatures will be similar to now at between 5C and 8C which is a little below average.
“Overnight it will be colder at 0C or just below. But it will be cloudy and dry for the vast majority.”
It comes as fog warnings were in place for much of Britain yesterday morning.

Visibility was severely reduced across England, Scotland and Northern Ireland and affected motorists on their morning commute.
And the fog is expected to persist in some parts of England and Wales today.
A Met Office forecast for today read: “Some patchy rain and drizzle moving slowly east across Northern Ireland and western Scotland.
“Mostly dry elsewhere with some sunny spells, but low cloud and some fog persisting across parts of England and Wales where it will feel cold.
“Rain and drizzle moving east across Scotland and the far northwest of England. Clear spells elsewhere with a patchy frost, and also some fog patches; these mainly in the south.”
On Thursday, it is expected to be cloudy with outbreaks of rain and drizzle across Scotland and northern England which may be heavy across the Northern Isles.
And conditions will probably be dry but cloudy elsewhere although sunny spells will develop across England and Wales later.
Looking ahead to later in the week, the Met Office predict occasional rain in the far northwest on Friday and Saturday.
Otherwise, the morning fog should slowly clear on Friday, leaving a cold weekend with scattered showers and a brisk easterly breeze.
And Brits should also be braced for frosty conditions over the festive period.
While it might not be a white Christmas, temperatures could be expected to plummet in a month’s time.
In the Met Office’s long-range forecast, meteorologists predict more settled conditions than we’ve seen in recent times.
Forecasters expect temperatures to mostly be “average” for the festive period, which will be interrupted with spells of freezing morning conditions.
The festive period could also be marked with some more wintery weather, although Brits shouldn’t be predicting a white Christmas.