BRITS face two days of travel chaos on the roads with warnings in place for snow and ice as temperatures plummet to a bone-chilling -10C.
The Met Office has two yellow weather warnings in place for today and Thursday affecting large parts of the UK.
The warning for snow and ice today covers most of northern Scotland, while a warning for ice stretches down most of the eastern coastline from Glasgow right down to Suffolk. 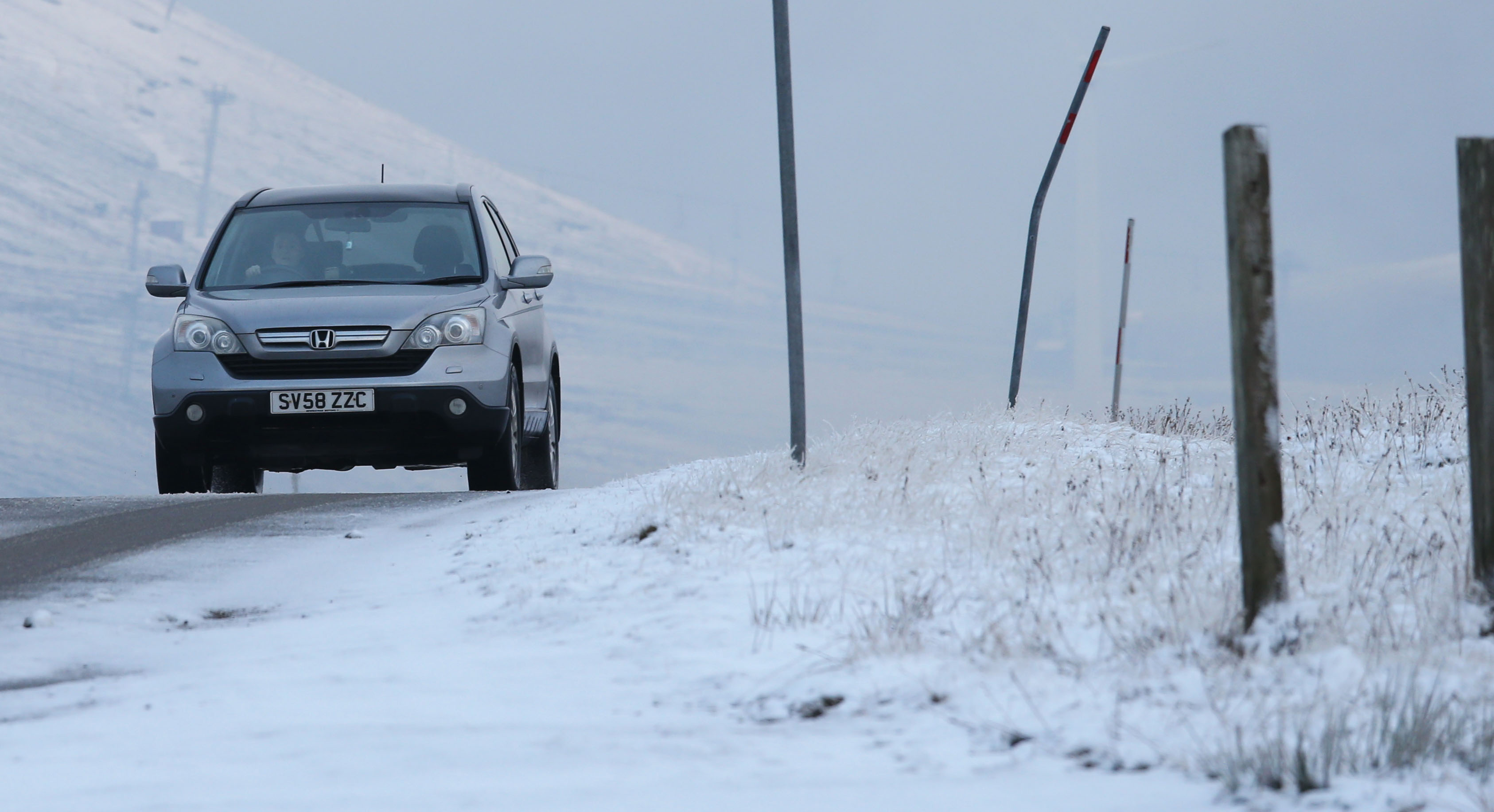 4Drivers could face difficult conditions on the roads due to the snowy and icy conditionsCredit: Northpix 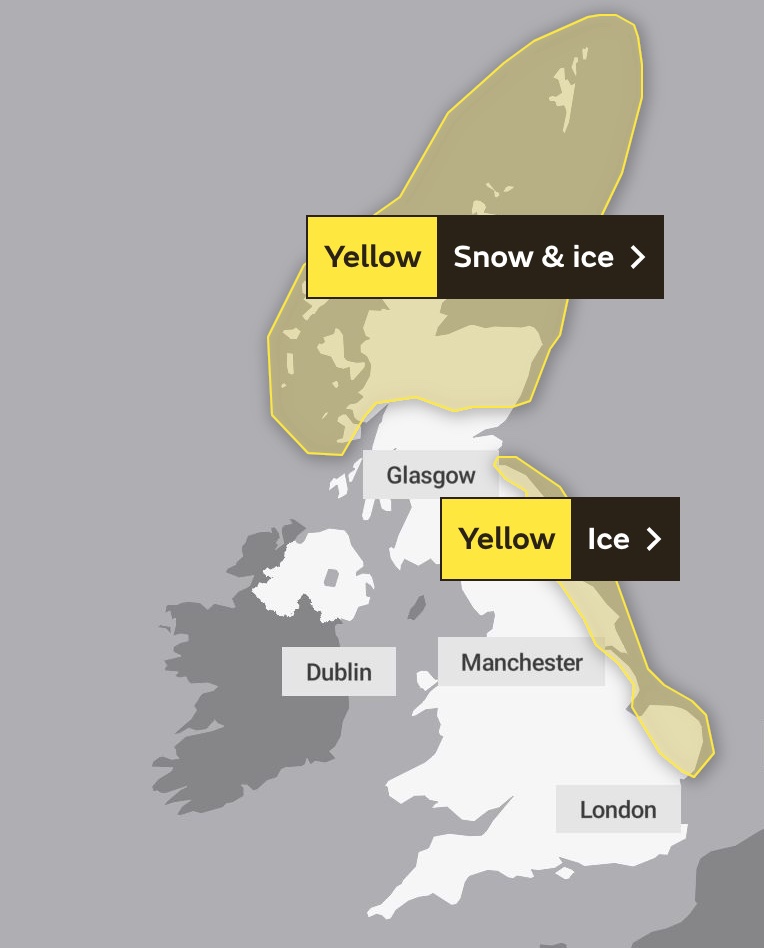 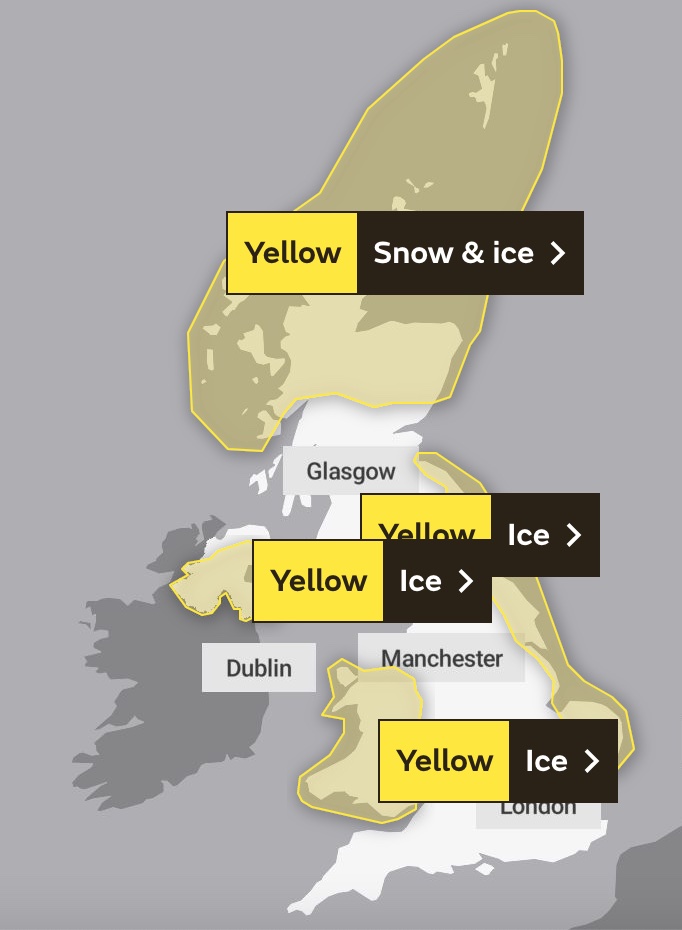 4The Met Office has issued more warnings about ice and snow for ThursdayThose two warnings are still in place for tomorrow but the situation worsens as there is also an ice warning covering all of Wales and most of Northern Ireland.
The UK Health Security Agency (UKHSA) has also issued a Level 3 Cold Weather Alert which kicks in at 6pm today and lasts until December 12.
Dr Agostinho Sousa, Consultant in Public Health Medicine at UKHSA, said: “Cold weather can have serious consequences for health, and older people and those with heart or lung conditions can be particularly at risk. 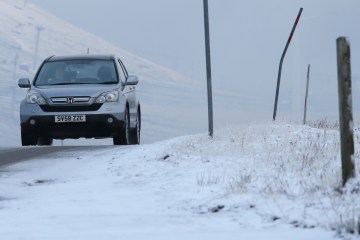 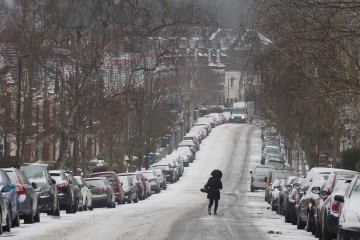 “If you have a pre-existing medical condition, you should heat your home to a temperature that is comfortable for you. In rooms you mostly use such as the living room or bedroom, try to heat them to at least 18°C if you can. Keep your bedroom windows closed at night. Wearing several layers of clothing will keep you warmer than one thicker layer.”
Forecasters warn today wintry showers will affect northern Scotland, Northern Ireland, Wales and eastern England, with snow settling on hills in the north.
The snow showers and ice could cause driving conditions difficult due to the slippery road surfaces.
Elsewhere it will remain mostly sunny but feeling cold.

In a Twitter message, the Met Office warned: “If you haven’t already, it’s time to dig out the winter hats, gloves and scarves – as Wednesday is looking cold.”
Met Office forecaster Oli Claydon said: “Day to day we are in cold conditions already with that north-easterly flow, but conditions are set to get colder through the week, with the worst showers across northern Scotland but also bringing much colder conditions across all the UK.
“Overnight lows of minus 10 to minus 11 (12.2F) in areas where we do get snow in those rural parts of Scotland, with temperatures down to minus six (21.2F) in rural England.”
During the evening and overnight there will be widespread frost and some icy surfaces.
Sleet and snow showers are expected across northern Scotland, but also affecting parts of Northern Ireland, north Wales and eastern England at times.
Patches of mist are likely to form in some areas.
Northern Scotland is likely to see frequent snow showers on Thursday which could extend to other parts of northern Britain.
There is a risk of wintry showers across the far west too.
Elsewhere it will be crisp and cold but largely dry and bright with some sunshine.
Into Friday and the weekend, it will remain very cold with widespread, locally severe overnight frost and patchy freezing fog.

Wintry showers will mostly affect coastal parts, with many inland areas dry with sunny spells.
Saturday will bring another mostly dry and sunny day although there will be variable cloud across northern and western areas and a chance of a few showers. 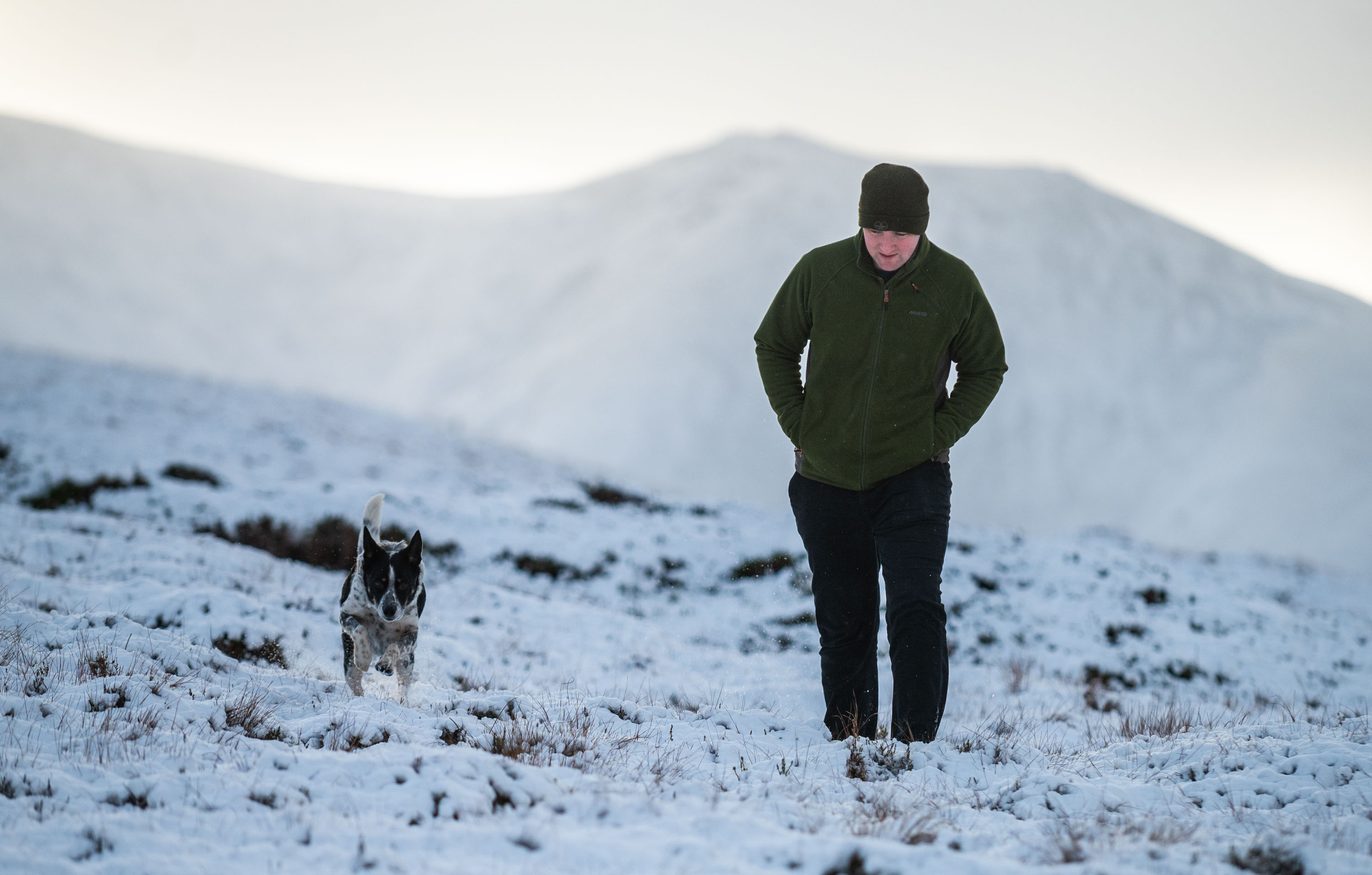 Teen, 19, charged with murder after hero who once saved drowning man from river stabbed to death outside Betfred

The individuals who helped Bankman-Fried post bail will be publicly identified, judge rules

Myth-busting Eagles vs. Chiefs: The 7 worst narratives for Super Bowl 57

Myth-busting Eagles vs. Chiefs: The 7 worst narratives for Super Bowl 57

The individuals who helped Bankman-Fried post bail will be publicly identified, judge rules