Traumatic video shows beaten schoolboy, 15, shaking before he was tortured to death by his evil mum and her partner

TRAUMATIC footage shows a beaten schoolboy shaking before he was tortured to death by his evil mum and her partner.
Sebastian Kalinowski, 15, suffered months of horrendous abuse by his mother and her psychopath partner until he died on August 13 last year. 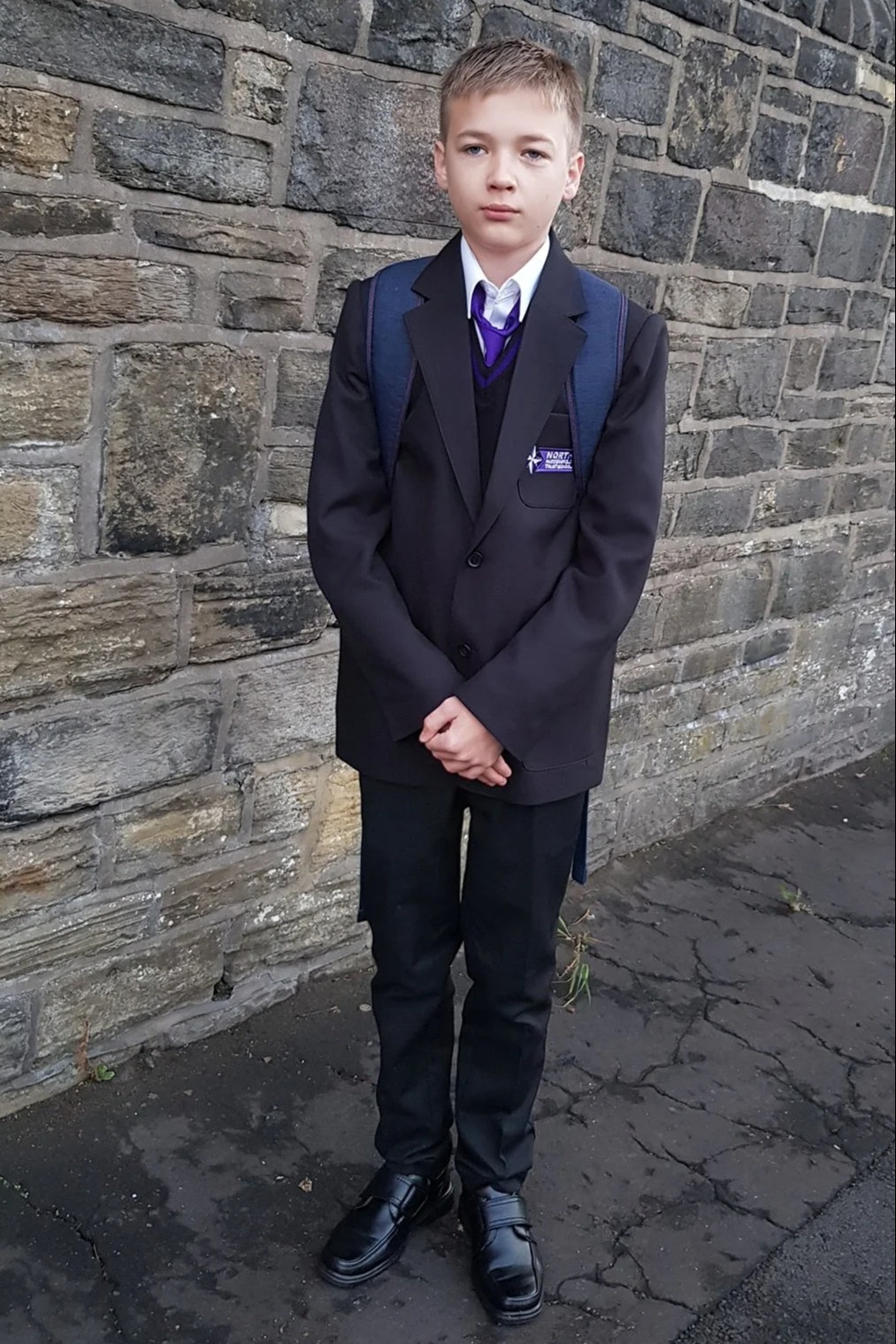 6Sebastian Kalinowski, 15, died at the hands of his mother and her boyfriendCredit: SWNS 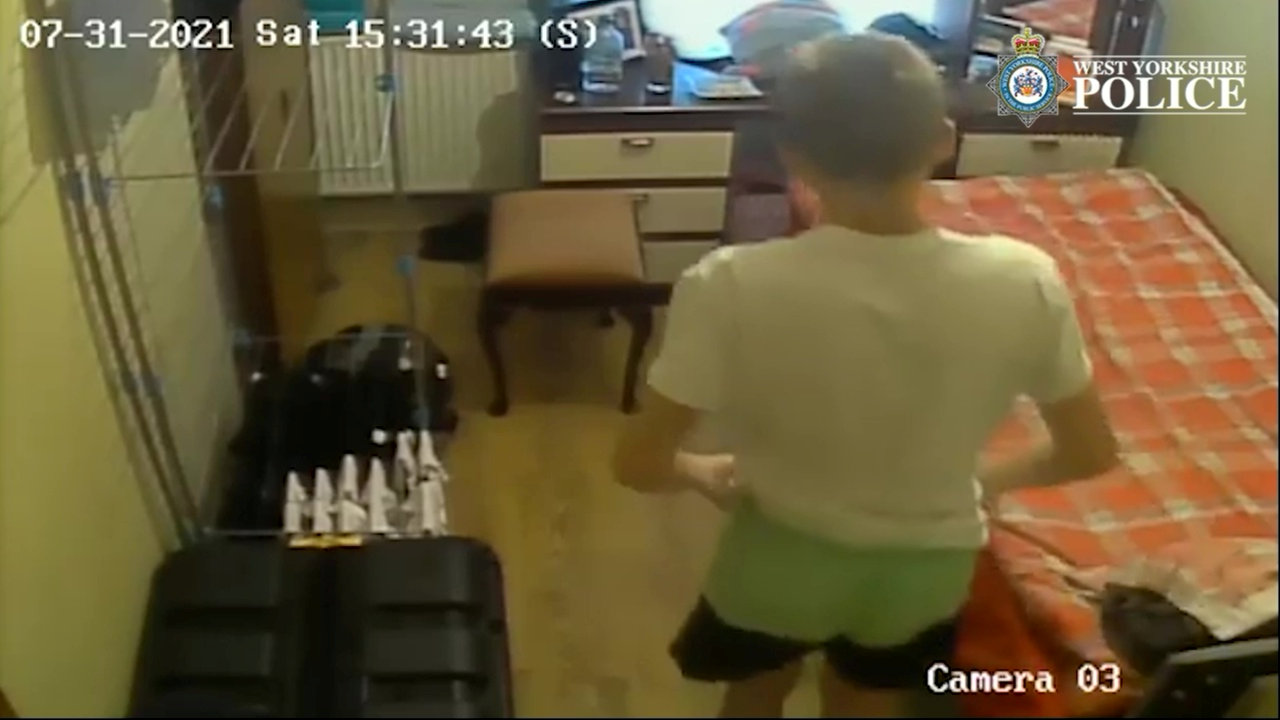 6Sebastian is seen eerily walking across his bedroom to sit on a stoolCredit: SWNS 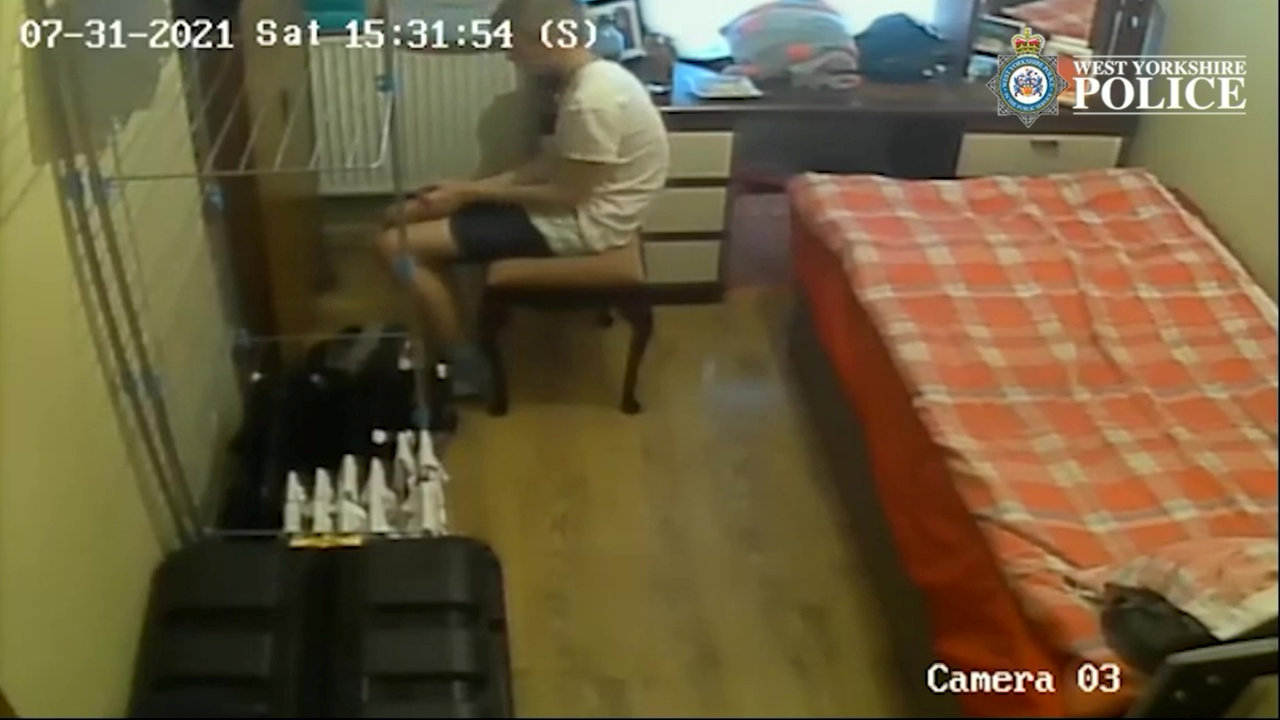 6He appears upset as he slowly sits down, places his hands together in his lap and hunches overCredit: SWNSThe teenager’s “supposed caregivers” – his mum Agnieszka Kalinowska, 35, and her long-term partner Andrzej Latoszewski, 38 – were arrested in connection with his death.
The couple were both found guilty of his murder, and today Kalinowska and Latoszewski were jailed for life with a minimum term of 39 years at Leeds Crown Court.
During their investigation, police seized CCTV cameras from their house in Huddersfield, West Yorkshire, which prosecutors said had been installed partly to “monitor and exert control over Sebastian remotely”.
Prosecutor Jason Pitter KC previously told the court: “In a twist, it is that system that has recorded the abuse he had to endure.” 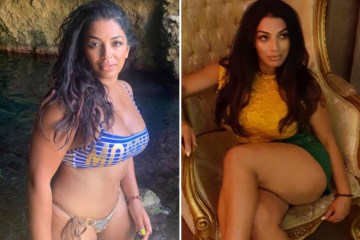 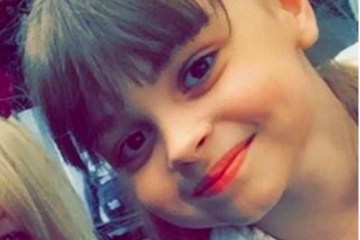 In one heartbreaking clip released by police, Sebastian is seen before his death eerily walking across his bedroom.
He appears upset as he slowly sits down, places his hands together in his lap and hunches over.
Other videos viewed by the jury during the trial showed a number of instances of Sebastian being repeatedly punched, kicked and stamped on.
The teenager was shown being force fed and, in one incident, had a slipper shoved into his mouth with such force that he bled.

Jurors heard that on the morning of Sebastian’s final day, he went through “the routine of being assaulted by both defendants”.
Mr Pitter said CCTV showed Latoszewski taking Sebastian out of the bedroom at 8.25am, before carrying him back around 15 minutes later, “naked, clearly wet and unconscious”.
He said: “Whilst some limited efforts were made by Latoszewski to perform CPR, the reality is it may have been too late as Sebastian showed no sign of life once he was brought back into the bedroom.
“At 9.24am, Latoszewski appeared to be trying to pour water into Sebastian’s mouth before then blowing into it.
“Was that the beginnings of an attempt to give the impression that Sebastian had drowned by trying to force water into his airways?”
When emergency services were eventually called to the house, Sebastian had been unconscious for two and a half hours, the Crown Prosecution Service said.
He was taken to hospital where he was pronounced dead.
The jury heard how the pair laughed as they tortured the boy during their campaign of evil abuse.
Sebastian was beaten with a bed slat, whipped with an extension cable and stabbed with a needle before he died.
He died “following weeks of “cruel assaults and abuse” from an infection caused by “untreated complications of multiple rib fractures.
‘RUTHLESS MONSTERS’
The teenager’s dad says his ex and her partner made his son’s life a nightmare and has been left devastated by his loss.
In a chilling victim impact statement, the heartbroken father branded Kalinowska and Latoszewski “ruthless monsters without an ounce of human feeling”.
Jacek Kalinowski asked his son’s mother: “What kind of mother are you?”
He said: “I am the father of Sebastian Kalinowski. There is not a crime crueller than murder, especially when it involves a child.
“You turned every day in his life into a nightmare and committed monstrosities that are truly mindboggling.
question is why? Why did you hate him to such a degree you let that psychopath treat him like that?
“How could you let your child be harmed? You took everything from him – his dignity and life.
“You hit him with an extension cable, a wooden slat. Who gave you the right to raise your hand against your child?”
Speaking to Latoszewski he said: “You made my son a punchbag for yourself. You were merciless and destroyed him every single day.
“You were truly a brutal tyrant. Why do you hate him so much?”
Sentencing Kalinowska and Latoszewski, Mrs Justice Lambert told them: “You, Latoszewski, are a bully.
“Like all bullies, you sought to intimidate and frighten Sebastian, who was weaker than you.
“In Sebastian you found an easy prey.
“There were times when viewing the footage I was sure you had lost awareness of the fact that you were hitting a human being and not a punching bag.
“As for you, Kalinowska, the explanation is simple, you just didn’t care about Sebastian. You were only interested in yourself.”
A jury previously heard how 15-year-old Sebastian had been in the UK for less than a year after moving from Poland to live with his mother and her boyfriend.
It was not long after moving here that the youngster started being subjected to a campaign of “torture”.

Kalinowska and Latoszewski initially denied murdering Sebastian.
But, Latoszewski admitted manslaughter on the second day of the trial, while both defendants pleaded guilty to child cruelty a day later. 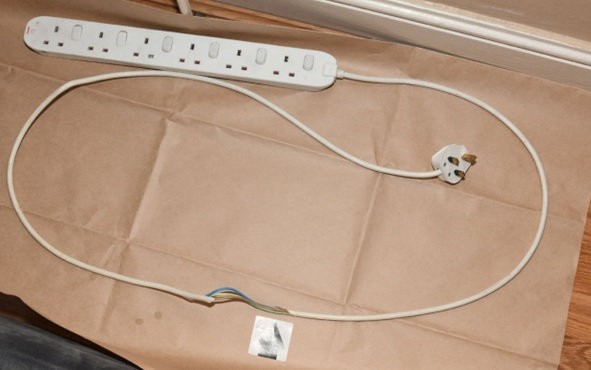 6One of the weapons used to beat SebastianCredit: SWNS 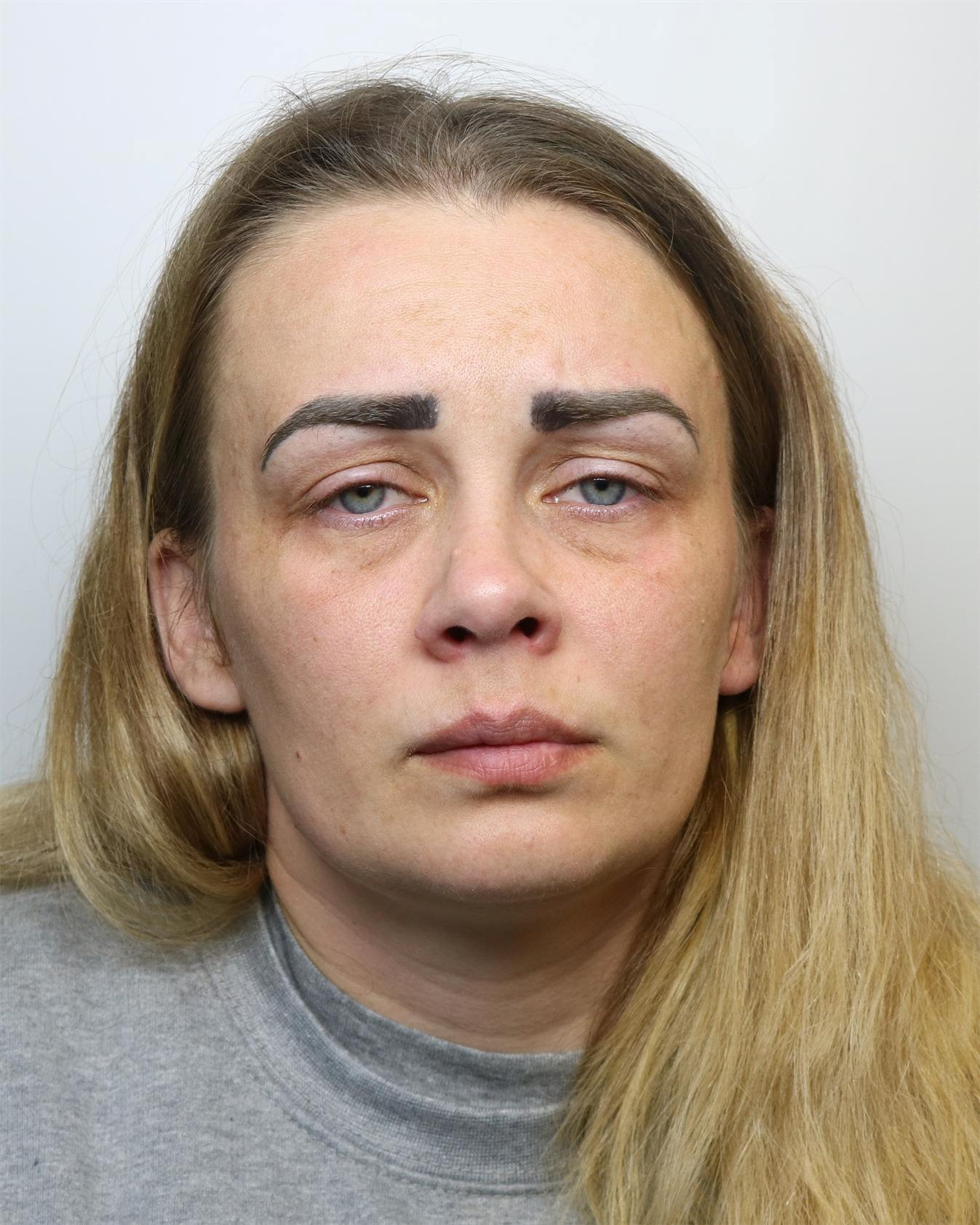 6Agnieska Kalinowska was in July found guilty of murdering her sonCredit: SWNS 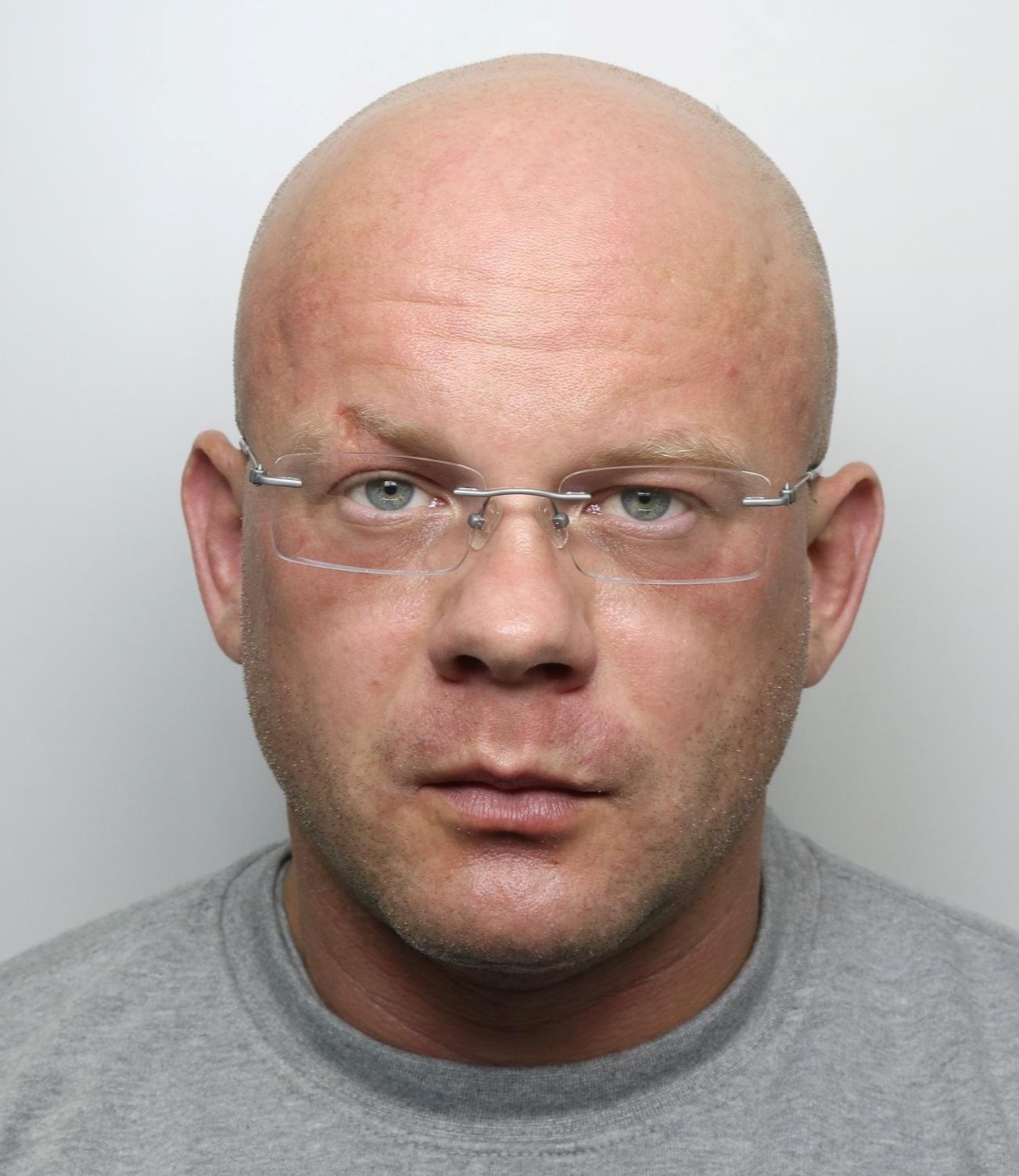 6Andrzej Latoszewski, 38, was labelled a ‘ruthless monster’ as he was sentencedCredit: SWNS
Story Credit: thesun.co.uk