THIS is the moment a sports hall worker is caught on camera knocking out a badminton player in a furious on-court clash.
Shocking footage of the row shows the two exchange barbs before the badminton player is knocked out by a vicious punch. 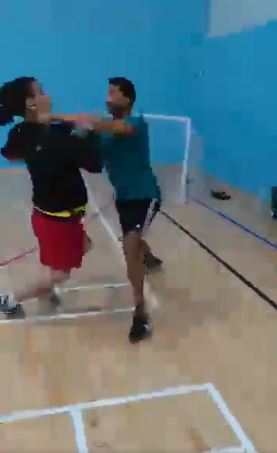 3The two men got into a furious punch-up on the badminton courtCredit: Twitter 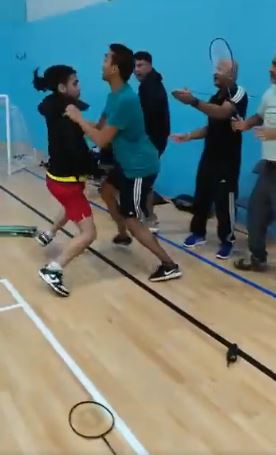 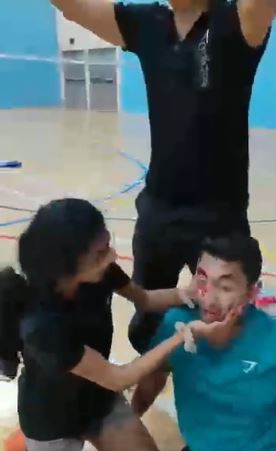 3Panicked workers were seen helping the man after he was decked in the brawlCredit: TwitterIt is unclear what caused the fight to initially break out at Harrow Leisure Centre, Greater London.
But a clip of the clash shared on social media shows the badminton players beginning by telling the worker “we have asked for your manager”.
After the group erupts into a furious shouting match, the melee then kicks off when one player told the worker to “come outside”.
As shocked onlookers watched from inside the hall, a brutal mass brawl breaks out as the men swing fists and racquets wildly at each other. 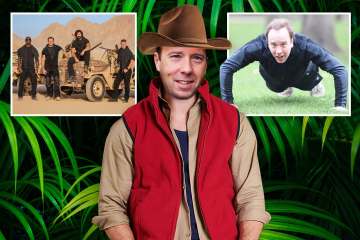 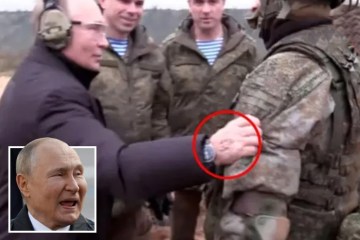 Although one badminton player breaks loose in the struggle, the worker then unleashes a one-punch knockout on another player caught in the melee.
While the attacker turns away after the strike, footage shows the effect of the punch as the badminton player is left bleeding on the floor.
Other panicked sports hall workers can be heard desperately screaming for others to “call somebody” as the man remained on the floor.

They added: “You raised the punch – you should be sacked for this.
“They need to call the police”.
Footage of the clash quickly spread through social media, with one person labelling the fight “unbelievable”.
Another joked: “Seems they were upset because he was making a racquet”.
“That fella is acting like a right shuttlecock….”, tweeted a third.
A spokesman for the Metropolitan Police said: “We are aware of a video appearing to show an assault at Harrow Leisure Centre on Tuesday, 1 November.
“The incident was not reported to police at the time but officers are carrying out further enquiries to establish the circumstances.”
Everyone Active, which owns the leisure centre, told The Sun: “We were horrified by the incident that took place at Harrow Leisure Centre.

“This is not behaviour we tolerate from anyone in our centres, and we took immediate action to ensure this individual no longer has any affiliation with our business.
“We are taking the incident extremely seriously and liaising directly with the customers affected by it.”

Travel chaos as unexploded BOMB found next to railway line