HomeUK NewsScots student desperate to save sight amid fears illness could make him...
UK News

A STUDENT fears he could be blind by Christmas after he was diagnosed with a rare eye condition.
Jack Finnie, 20, said he knew something was seriously wrong when his eyesight rapidly deteriorated and he began walking into walls. 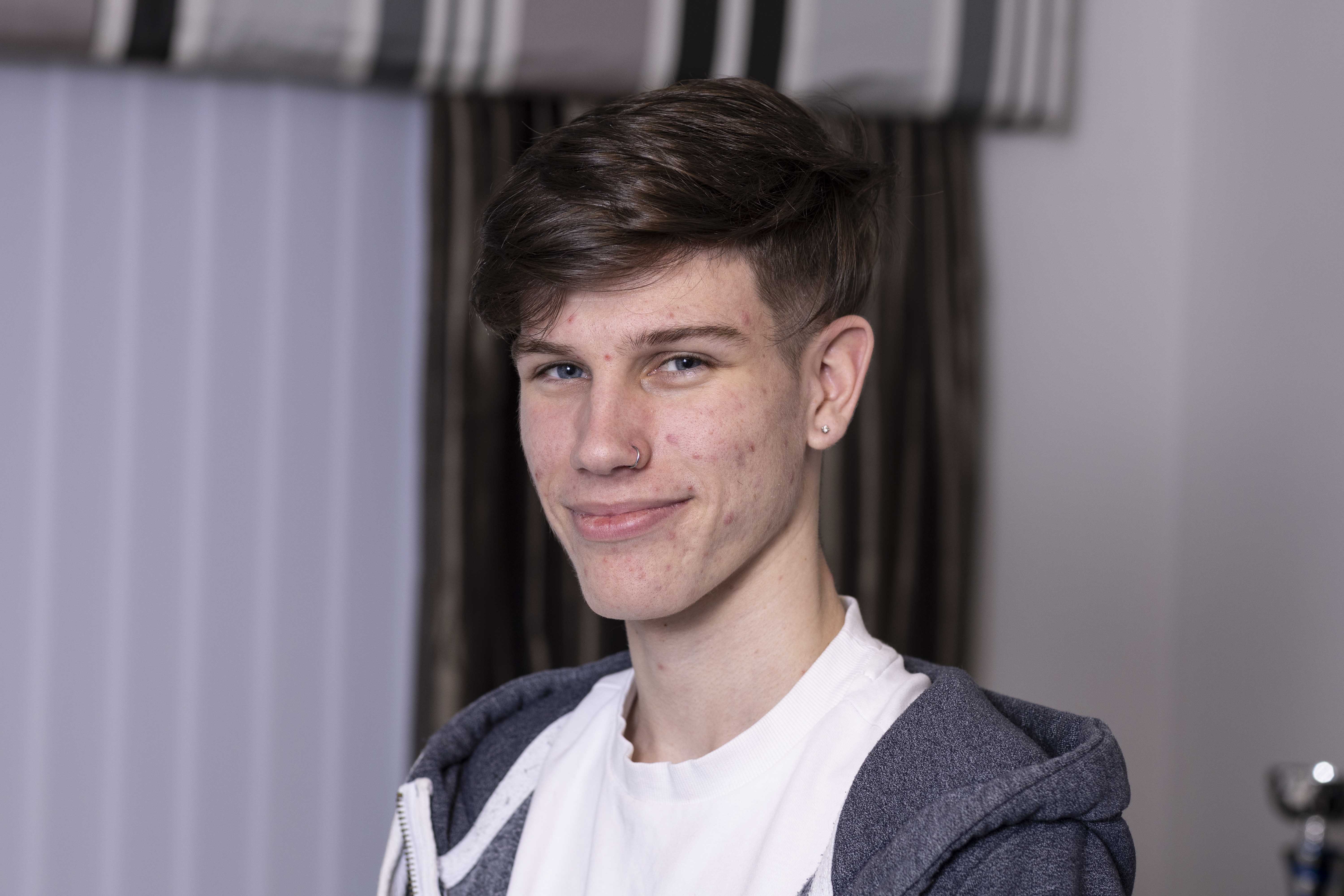 3Student Jack Binnie fears he’ll be blind by Christmas after being diagnosed with a rare illnessCredit: Newsline 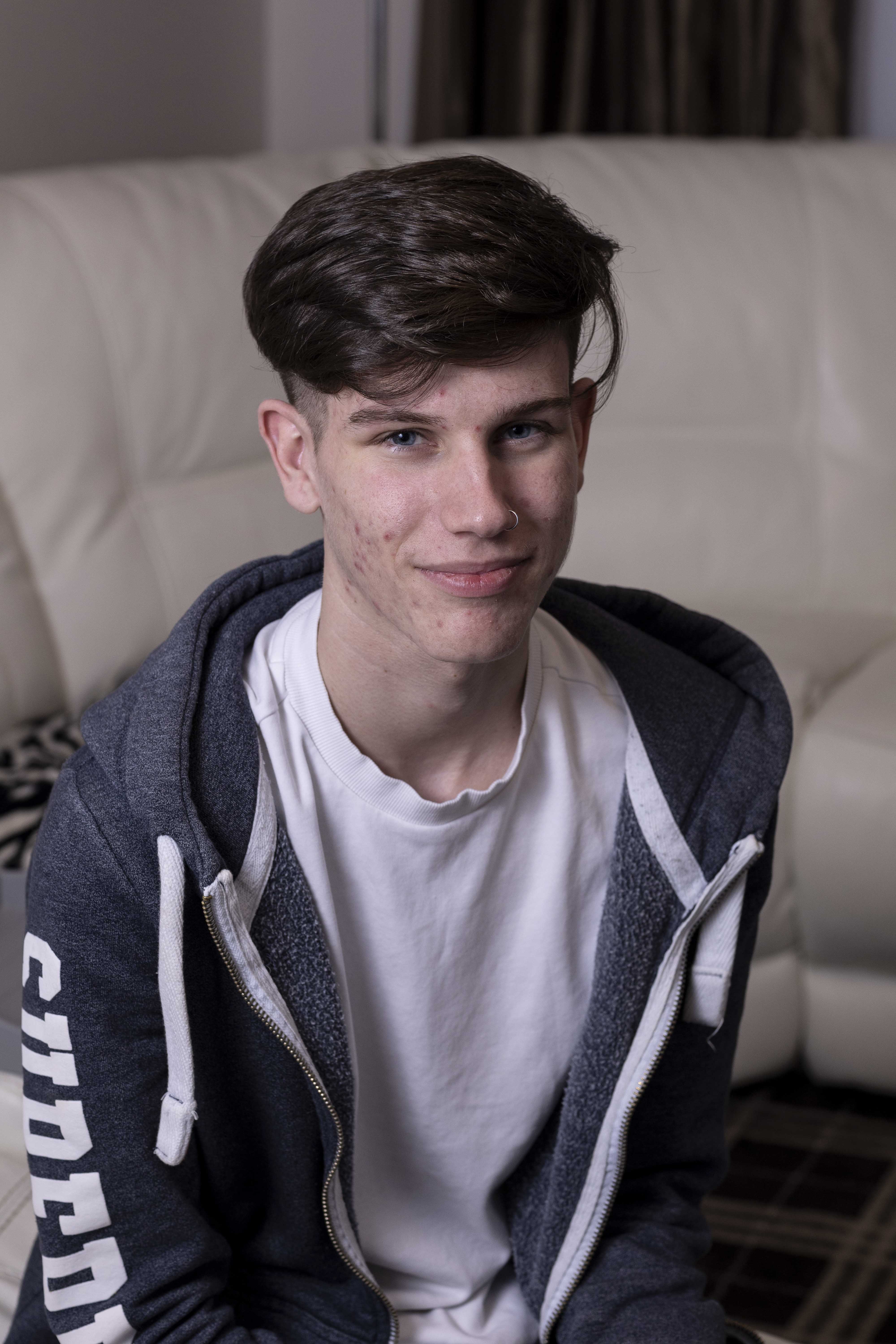 3Jack Binnie is concerned about what happens next with his eyesightCredit: Newsline 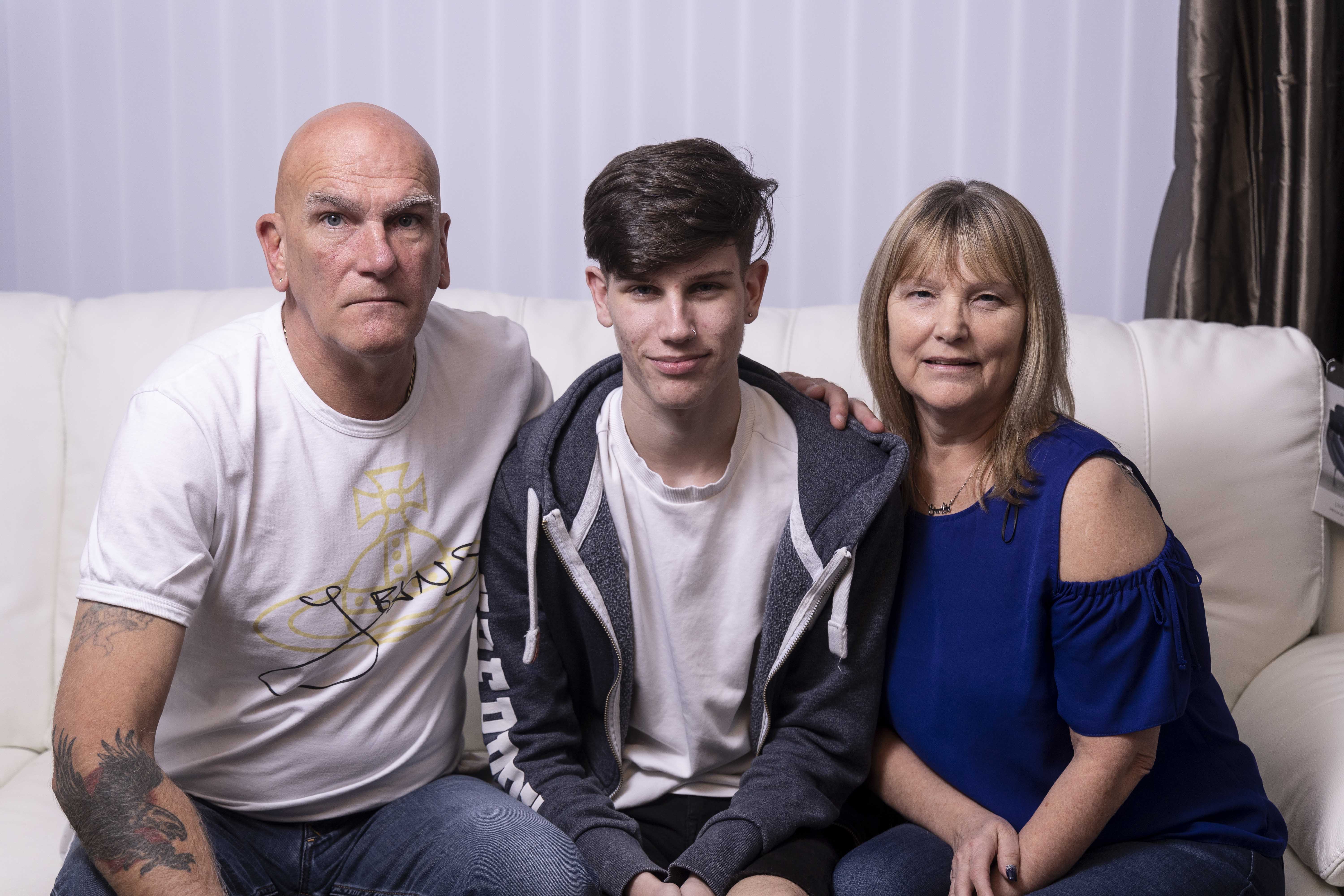 3Jack Binnie with parents Lee and Pauline, who are helping him raise cash for treatment in BerlinCredit: NewslineIt’s understood he’s already lost 70 percent of his vision in six weeks due to the aggressive illness.
Jack and his family, from Kintore, Aberdeenshire, claim they were told there is no cure and no treatment available from the NHS.
But they’ve now launched a fundraising quest to find the cash to send Jack to a clinic in Berlin for a pioneering procedure.
His ex-soldier dad Lee, 52, said: “We’re worried he’ll be blind by Christmas.

“I’m a pretty strong person but when I got the news I was a blubbering wreck. I felt like I’d been hit by a truck.
“He’s my youngest son and to me he’ll always be my baby. We’re not just going to standby and let him go blind.”
Jack added: “It’s a bit scary. People keep telling me that it’s the strongest people who have the biggest battles.
“I don’t feel as strong as everyone seems to think I am. But having the hope of treatment is keeping me going.”

Jack, who’s studying law at Robert Gordon University, Aberdeen, noticed odd shapes and flashes in his eye earlier in the year.
He ignored it until he switched from glasses to contact lenses in October and was hit by agonising headaches.
It’s claimed polyps were discovered by his optician at the back of his retinas.
And a battery of tests at Aberdeen Royal Infirmary led to him being diagnosed with retinitis pigmentosa.
It’s thought the incurable illness affects just one in 4000 people in the UK.
Engineer Lee said: “There are 12 types of the condition and Jack’s is the most aggressive.
“He’s lost all his peripheral vision and can’t see anything at all in the dark.”
Jack and his family found experts in Berlin who will carry out fibre optic shock treatment on his eyes.
Over the course of two weeks it’s hoped it could restore the majority of what he’s lost.
Jack and his family launched a fundraiser because it will cost about £20,000.
Jack told how his rare condition wipes out his eyesight but is then made worse because his brain tries to make sense of what it’s seeing.
He said: “It’s like a bad version of photoshop. I bump into things a lot.
“Because my eyesight is going quite fast I have to walk around and use touch to find light switches.
“I get frustrated but I’m trying to see the positives. And making jokes about what’s happening to me really helps.
“I’ve got a good family and fundraising team around me. They’re getting me through all this.”
Jack has the support of his dad and mum Pauline, 54, as well as older siblings Gemma, 29, and  Lee, 25,
His parents have contacted the experts in Berlin and their plan is to fly over next week and start the treatment.
Their dream is that Jack’s sight is saved and he gets to see Christmas and his birthday later in December.
Lee said: “The treatment is our only hope. It’s that or nothing.
“If it saves Jack’s sight then that would really be the ultimate Christmas present. Nothing else would come close.”
Jack is desperate to draw attention to his plight to stop it happening to others.
He added: “Always pay for that extra eye test at the opticians. That made a big difference in my case and helped diagnose me quicker.
“People hesitate because it’s £10 but your health and eyesight are priceless.”
An NHS Grampian spokeswoman said: “We are sorry to hear Mr Binnie and his family are unhappy with the care they have received.
“The clinical team would welcome the opportunity to discuss this with them further and would encourage Mr Binnie to get in touch directly.

“All patients are encouraged to ask questions about their diagnosis and treatment, and we will always do our utmost to answer those questions in full.”
Donations to Jack’s campaign can be made here

Share
Facebook
Twitter
Pinterest
WhatsApp
Previous article
Cloud software is a ‘fight for a knife in the mud,’ and Wall Street is souring on the one sector that was winning
Next article
Kim Kardashian steps out in crop top after Kanye West’s bombshell accusation
RELATED ARTICLES
UK News