A SCOTS egg farmer has been jailed after thousands of hens were left to starve to death at a rat-infested site.
Peter Armitage has been banned from keeping animals for 15 years after admitting a string of animal welfare offences at his base at Lochquoy Farm, Durran near Castletown, in Caithness. 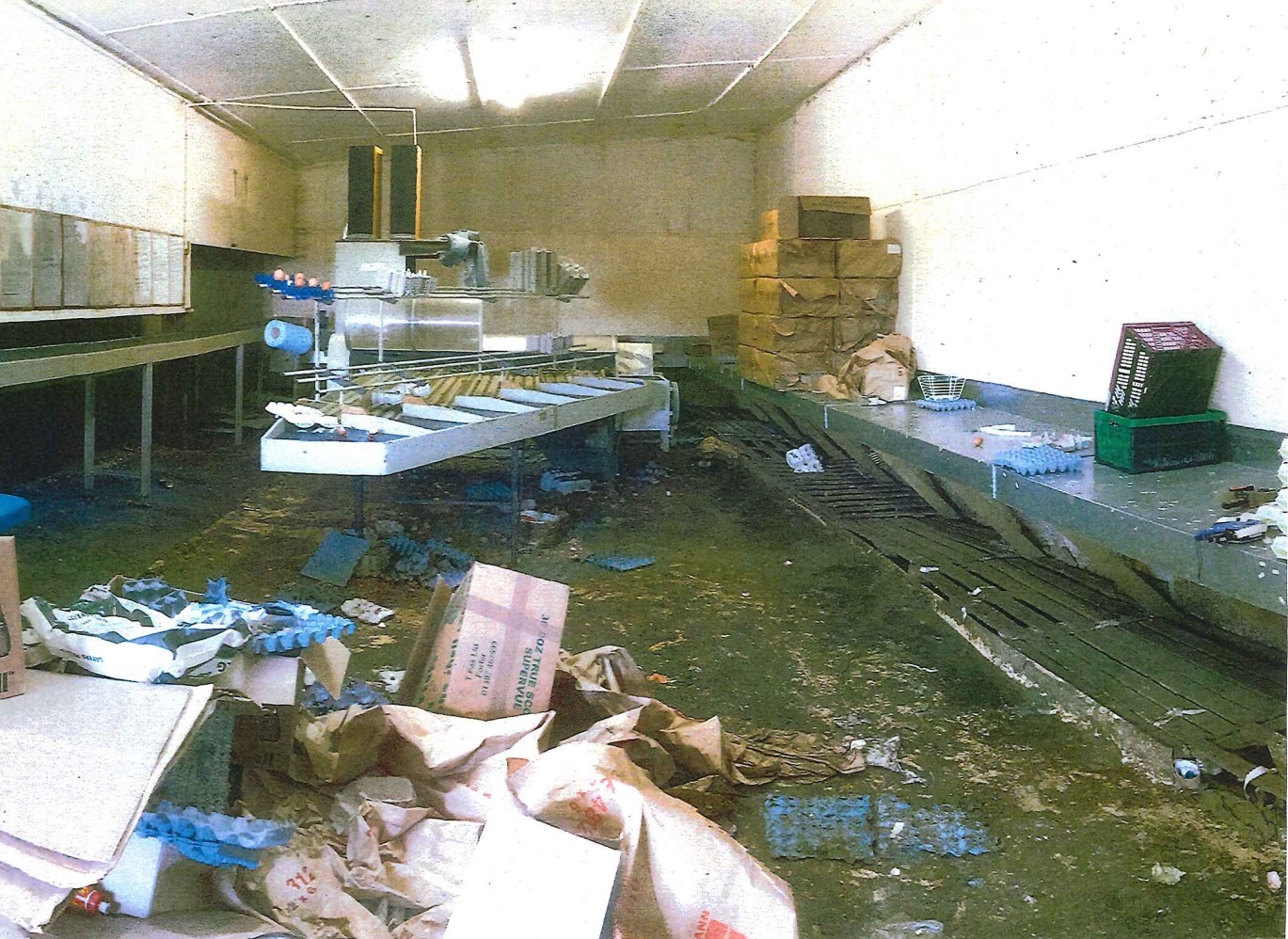 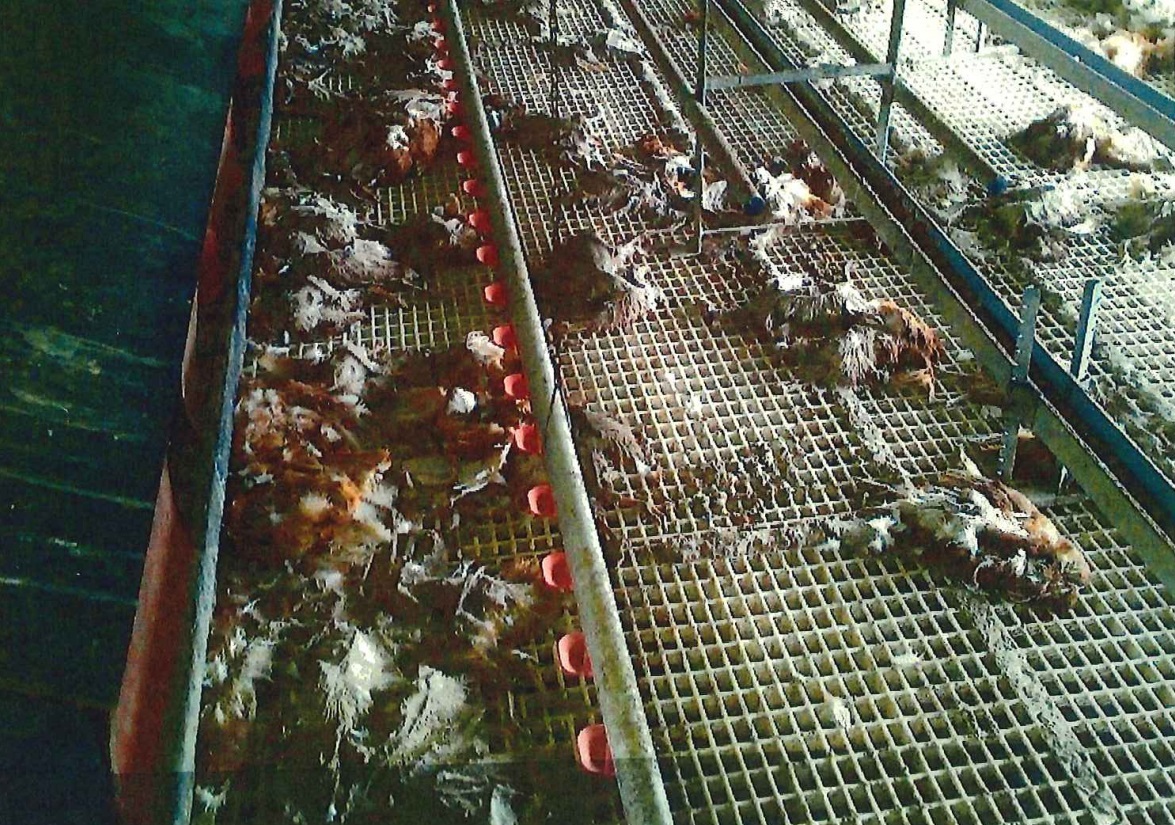 6Dead birds had been lying there for ‘a month and a half’Credit: Crown Office and Procurator Fiscal Service 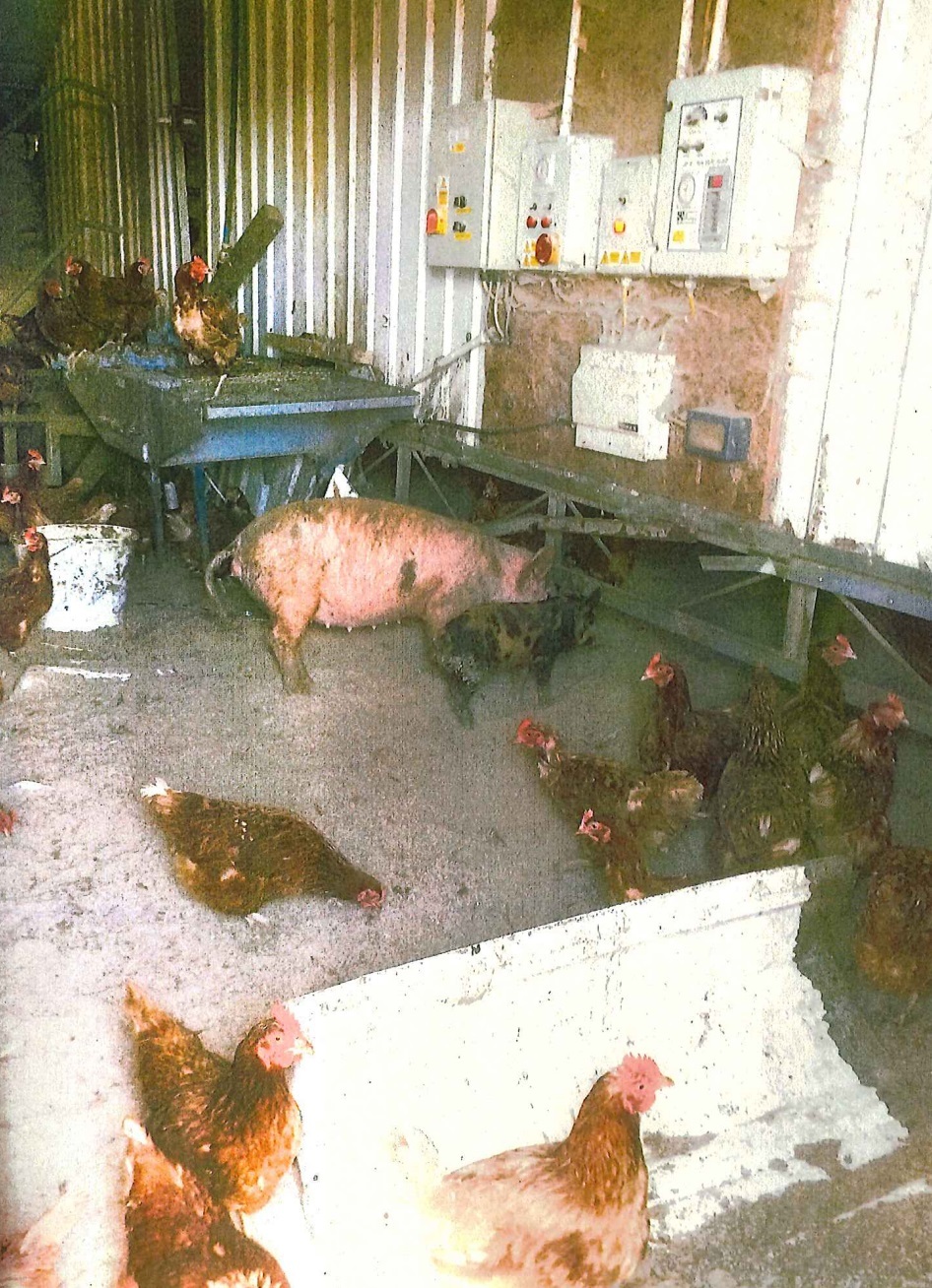 6Pigs were allowed to access the hens, resulting in them attacking, killing, and consuming some of themCredit: Crown Office and Procurator Fiscal ServiceThe 41-year-old was a director of a firm operating as Caithness Free Range Eggs Ltd.
An anonymous tip-off was sent to Highland Council on July 7 2017 informing them of squalid conditions at the farm.
Less than two weeks later on July 18 an unannounced inspection from Highland Council Environmental Health and the Animal & Plant Health Agency took place.
The team found pigs with chicken feet and feathers hanging from their mouths, a shed full of decomposing birds and eggs covered in bird faeces and rat droppings.

Pigs were roaming freely and fed eggshells and eggs, and hens were allowed to eat broken eggs.
A worker at the site said the shed full of dead chickens had “been there for about a month and a half”.
Armitage told inspectors he would cease trading voluntarily.
The Senior Veterinary Inspector instructed Armitage to stop feeding the pigs raw eggs and prevent them from accessing the hen houses.

Armitage, along with his former employee, Kyle Mackay, 24 admitted causing unnecessary suffering to approximately 2,000 adult hens by failing to provide them with sufficient food and water, resulting in their deaths at Wick Sheriff Court.
They also admitted allowing pigs access to hens, resulting in them attacking, killing, and consuming some of them.
Armitage was jailed for two years and three months after admitting  failing to keep the premises clean and maintained in good repair and condition, failing to ensure adequate procedures were in place to control pests, fed pigs with eggs and eggshells and allowed pigs and chickens to access and consume broken eggs.
MacKay was ordered to carry out a total of 180 hours of unpaid work.
Mackay, who was only 17 at the time of the offences, was employed as the farm manager and was in charge when Armitage was off work.
He admitted failing to take reasonable measures to ensure the needs of approximately 6,000 hens were met and a suitable diet and environment was provided.
The offences occurred between September 2016 and September 2017.
Mackay pled to a further charge of failing to provide sufficient food and water to a calf which died.

Andy Shanks, Procurator Fiscal for Grampian, Highland and Islands, said: “The animal welfare and hygiene failings at Lochquoy Farm caused unnecessary suffering and pain to thousands of birds and introduced a significant public health risk through the supply of potentially contaminated eggs to wholesale and retail outlets across the Highland region.” 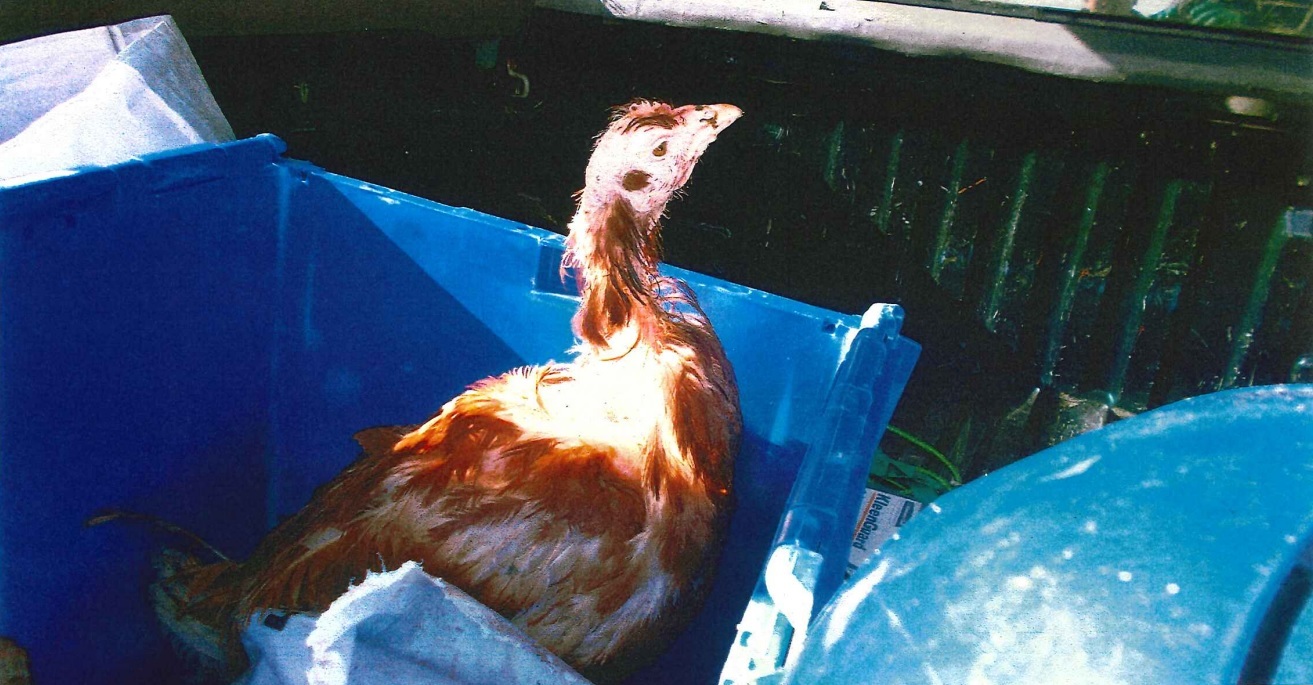 6The animals were kept in squalid conditionsCredit: Crown Office and Procurator Fiscal Service 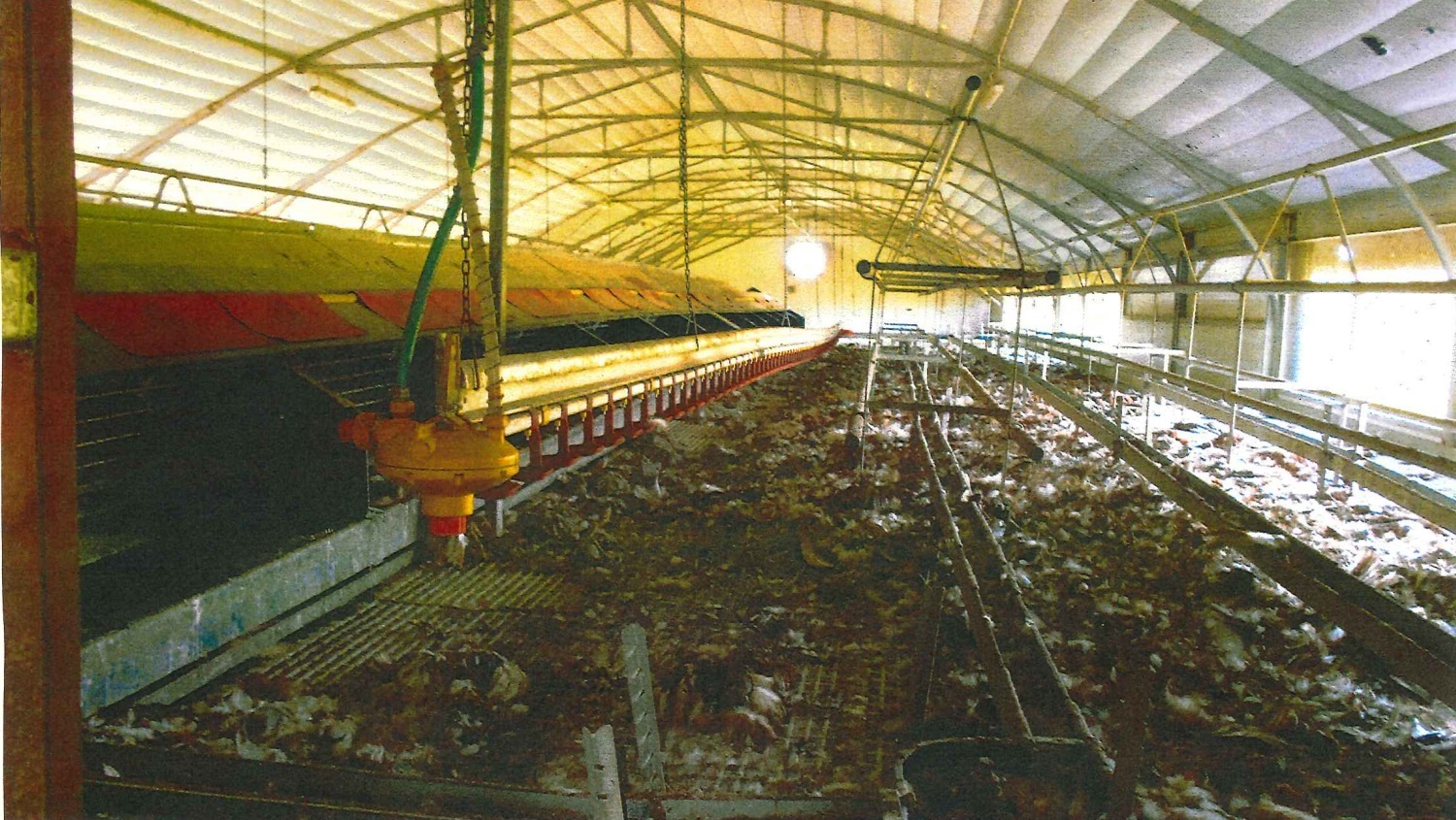 6Many were left to starve to deathCredit: Crown Office and Procurator Fiscal Service 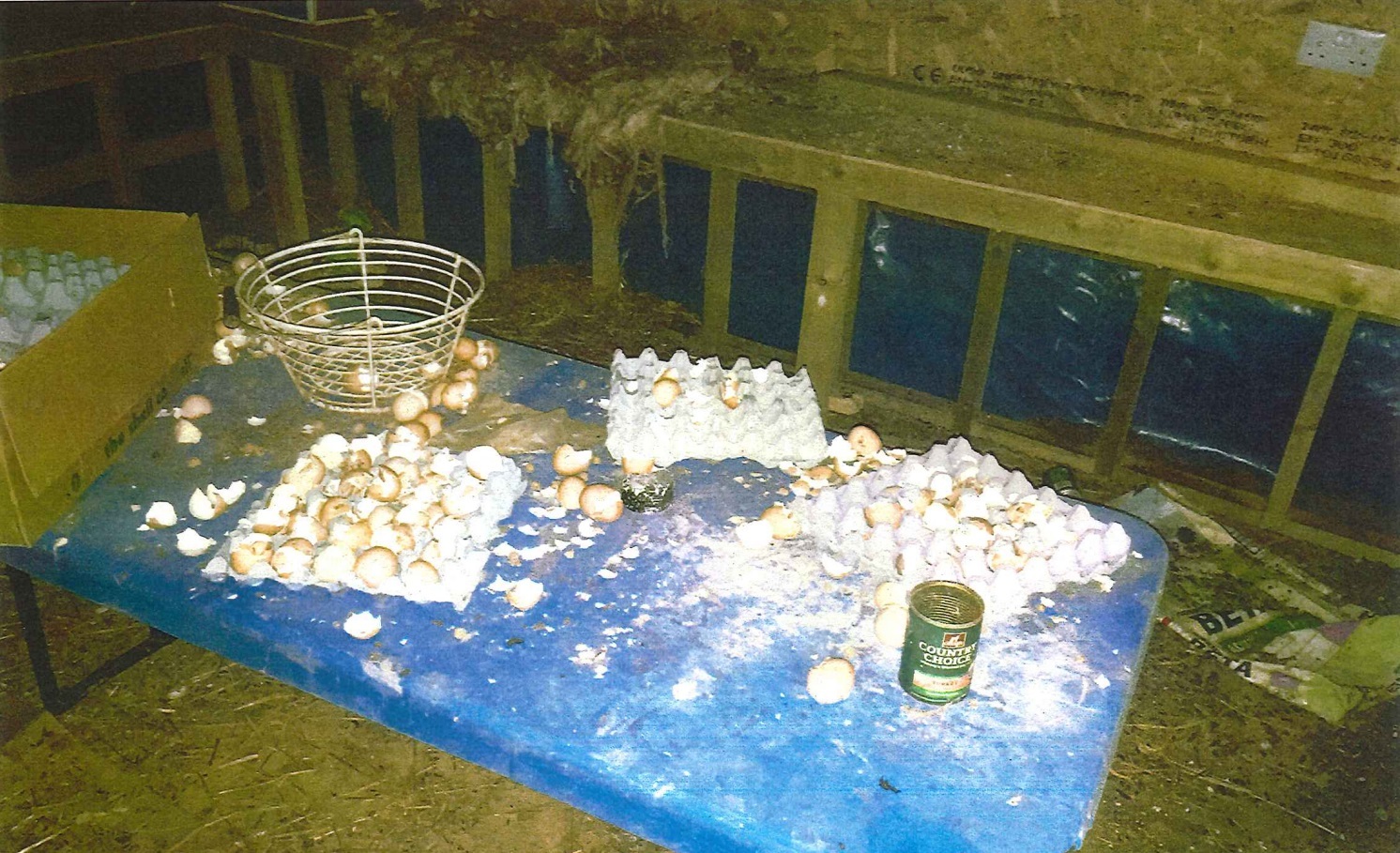 6Eggs from the farm were found covers in bird and rat droppingsCredit: Crown Office and Procurator Fiscal ServiceWe pay for your stories and videos! Do you have a story or video for The Scottish Sun? Email us at scoop@thesun.co.uk or call 0141 420 5200

Geoff Walsh steps down as St Kilda Saints head of football, statement, latest news, Ross Lyon, who is replacing him

‘We’re not going to make it about one play’