RISHI Sunak insisted he shared people’s “anger and pain” as he launched an illegal immigration blitz — vowing to clear the asylum backlog by next Christmas.
The PM unveiled a new returns deal with Albania that will see those migrants deported within days of landing in Britain. 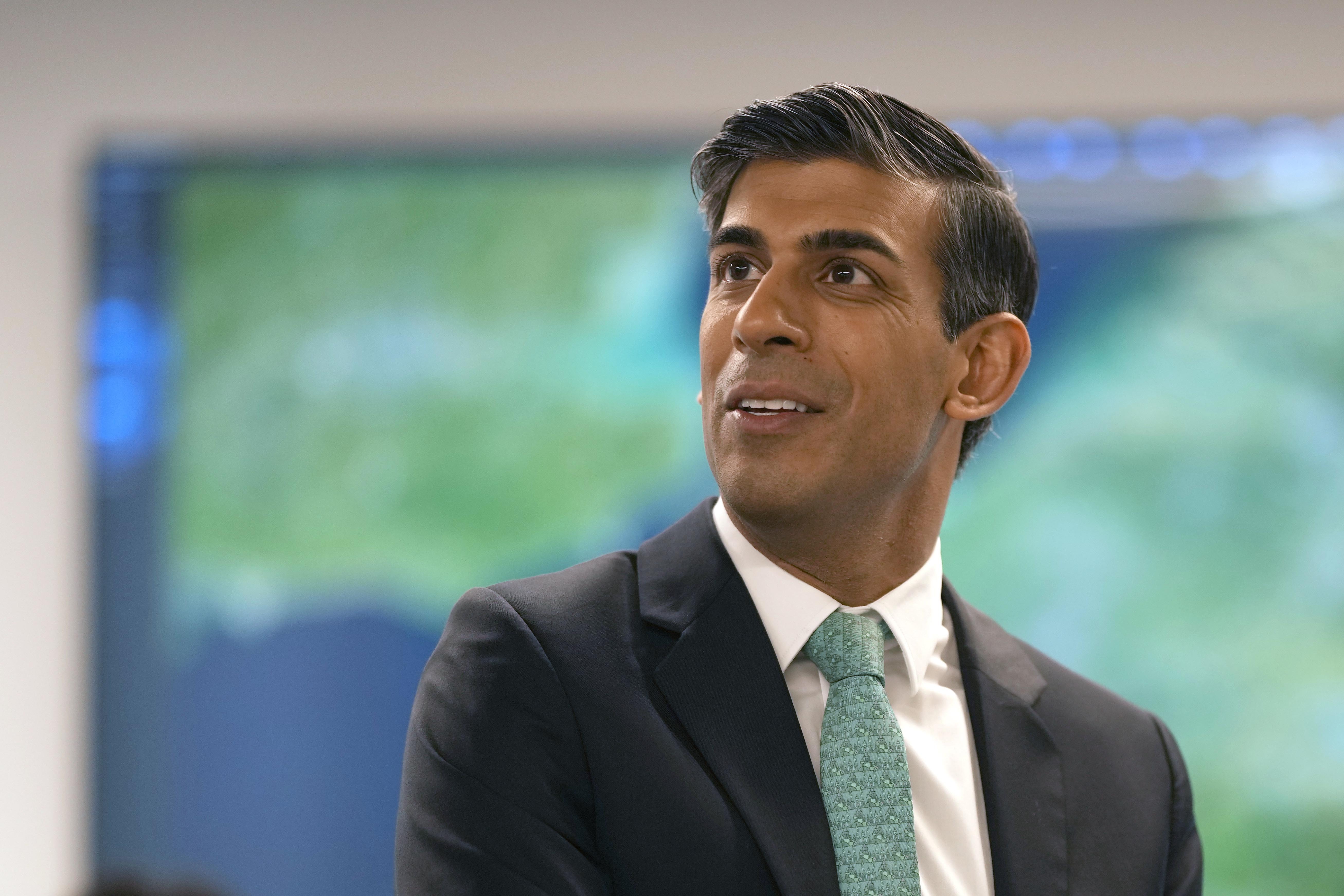 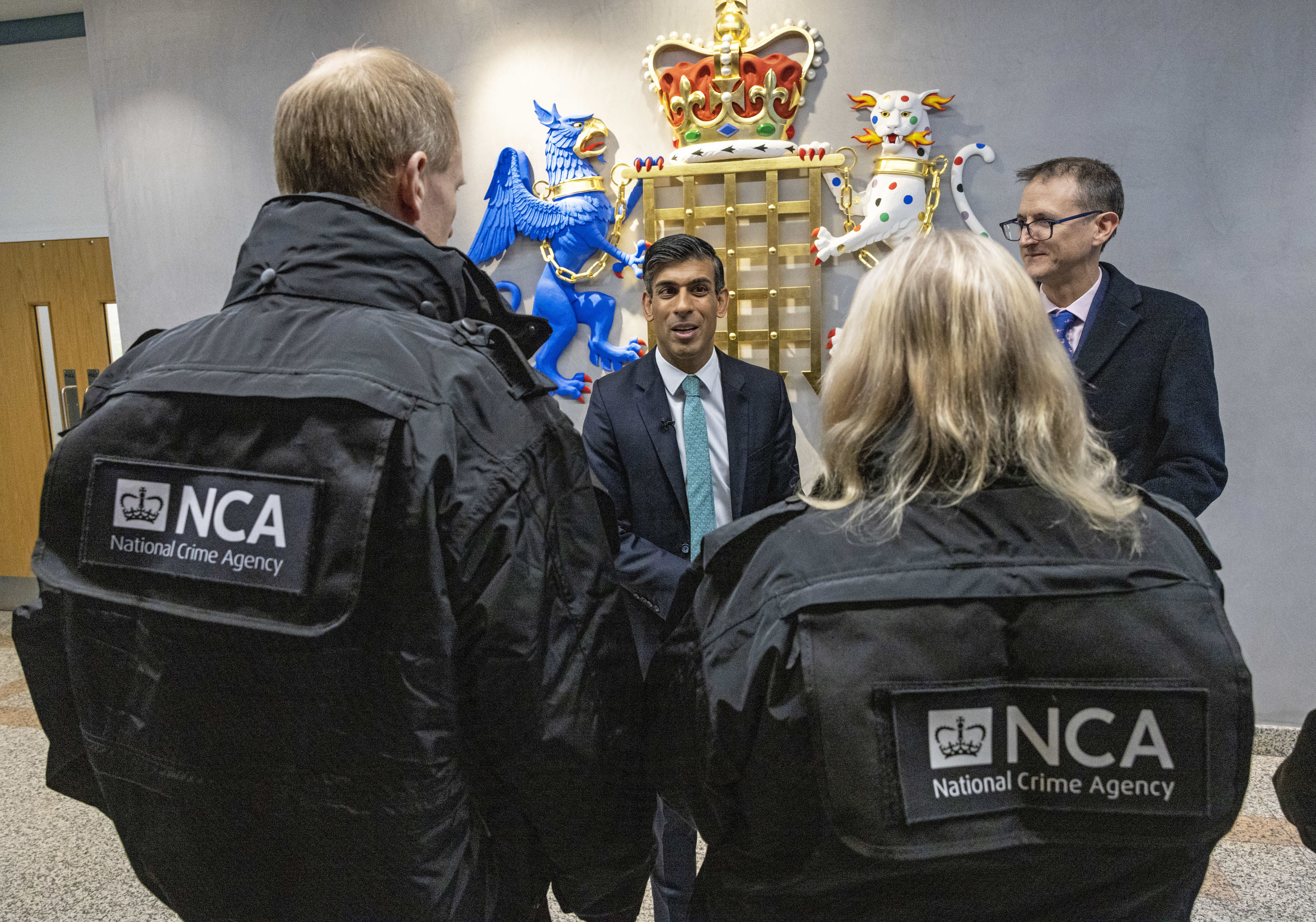 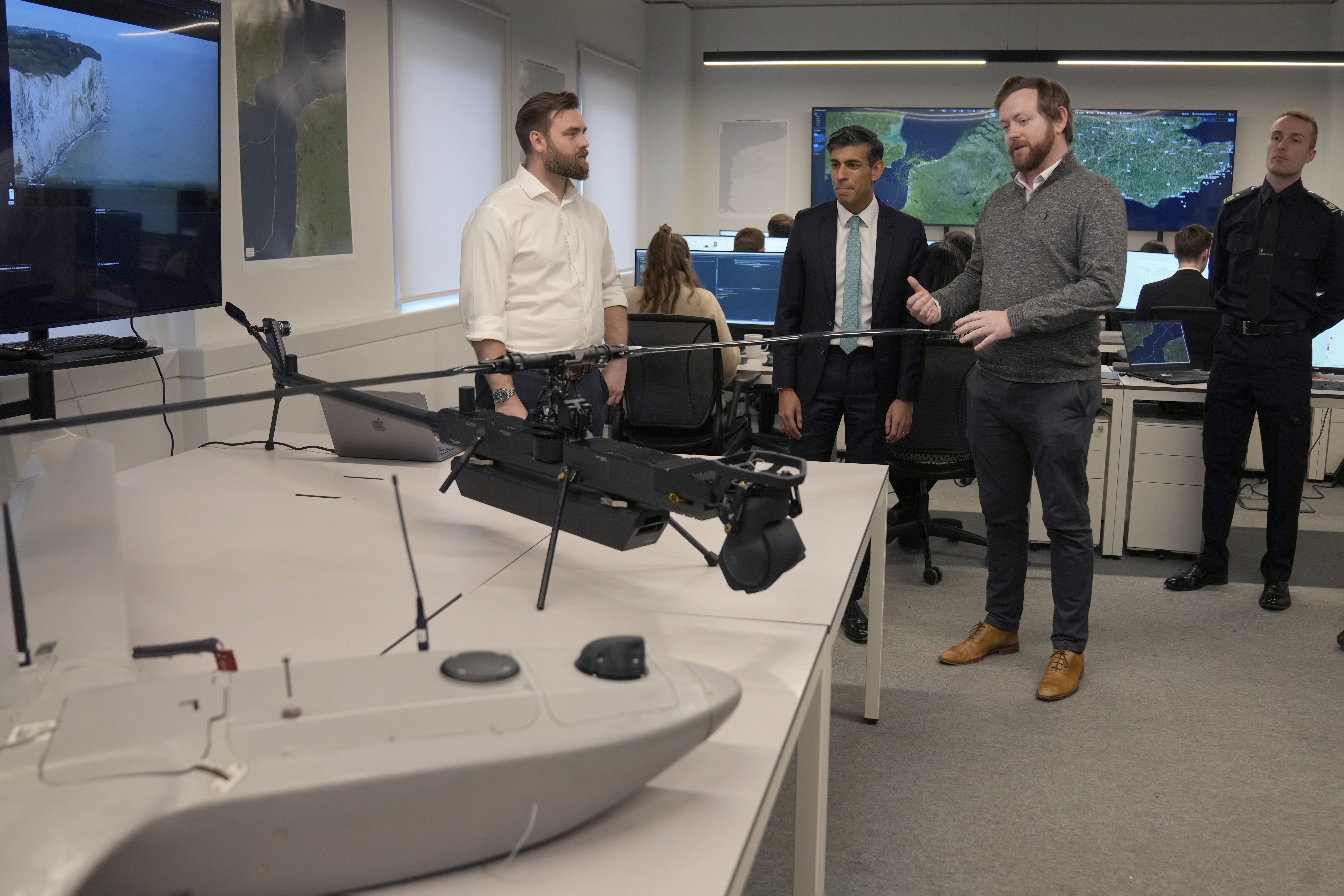 5The PM, who met with Border Force officials, vowed to clear the asylum backlog by next ChristmasCredit: APThe East European state will go on a list of safe countries.
Declaring “enough is enough” he said small boat arrivals will be outlawed from ever settling in the UK under sweeping new laws to be presented to Parliament in January.
Raids on illegal workers already here will double, and the National Crime Agency was put in charge of stopping Channel crossings.
Plans for a new Bill of Rights are on ice with priority given to new laws solely to fix our broken borders. 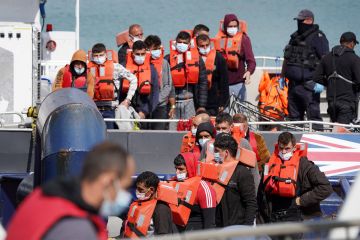 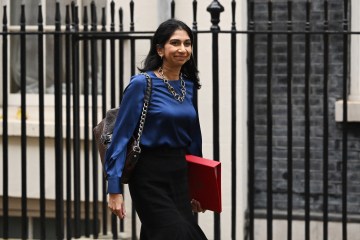 Entering Britain illegally will render asylum claims void, with anyone removed losing the right to ever try to return.
And the Modern Slavery Act will be reformed to stop bogus claims of trafficking delaying deportations.
After 44,000 small boat migrants arrived this year, the PM insisted people are “right to be angry” at the “unfair” system which lets thousands continue “cheating the system”.
He promised to clear a backlog of asylum seekers by the end of 2023 — despite doubts he would be able to shift the 92,000 claims waiting to be processed. 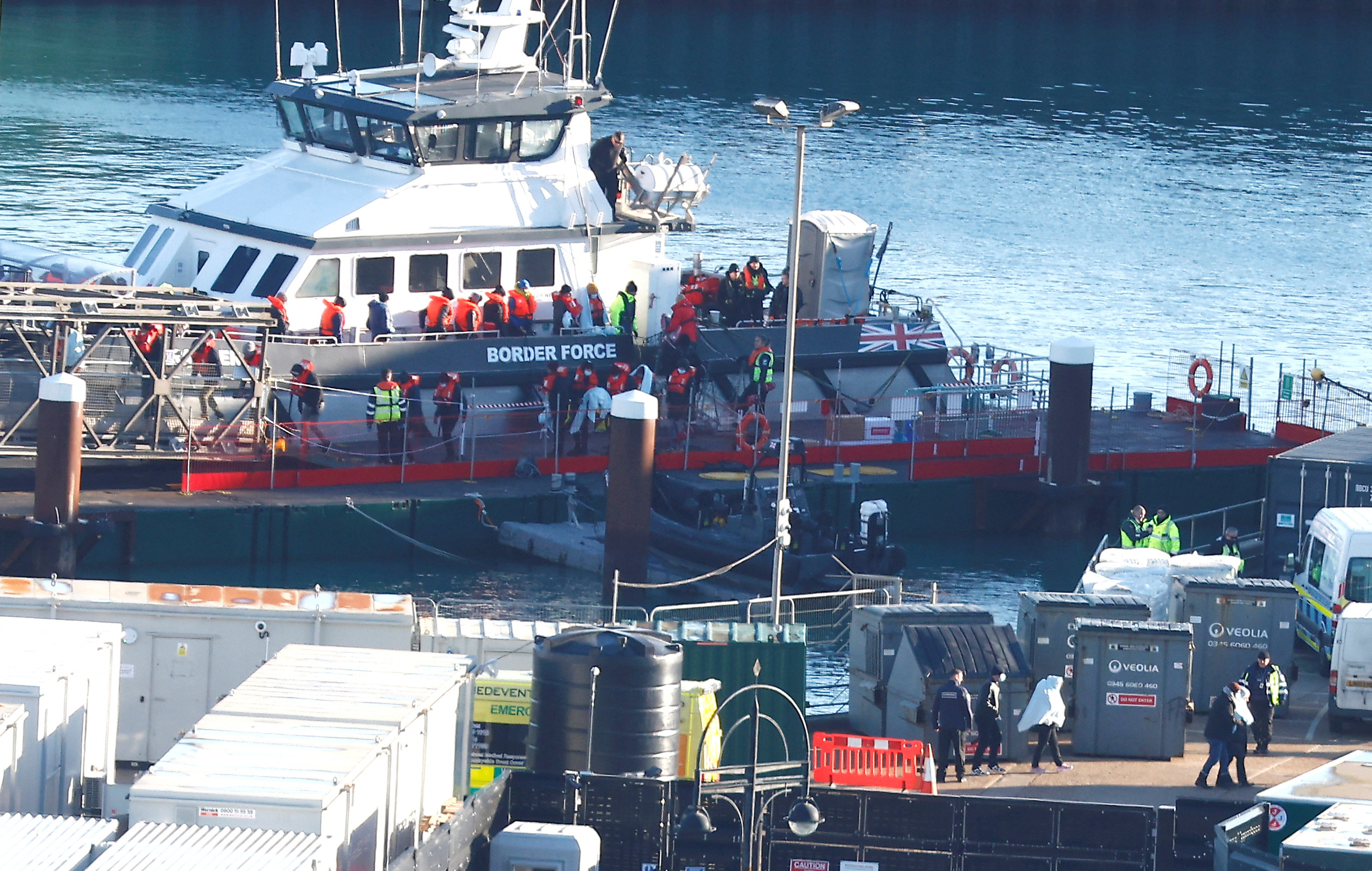 5Migrants arriving at the processing centre, Dover, as the National Crime Agency is now in charge of stopping Channel crossingsCredit: Reuters 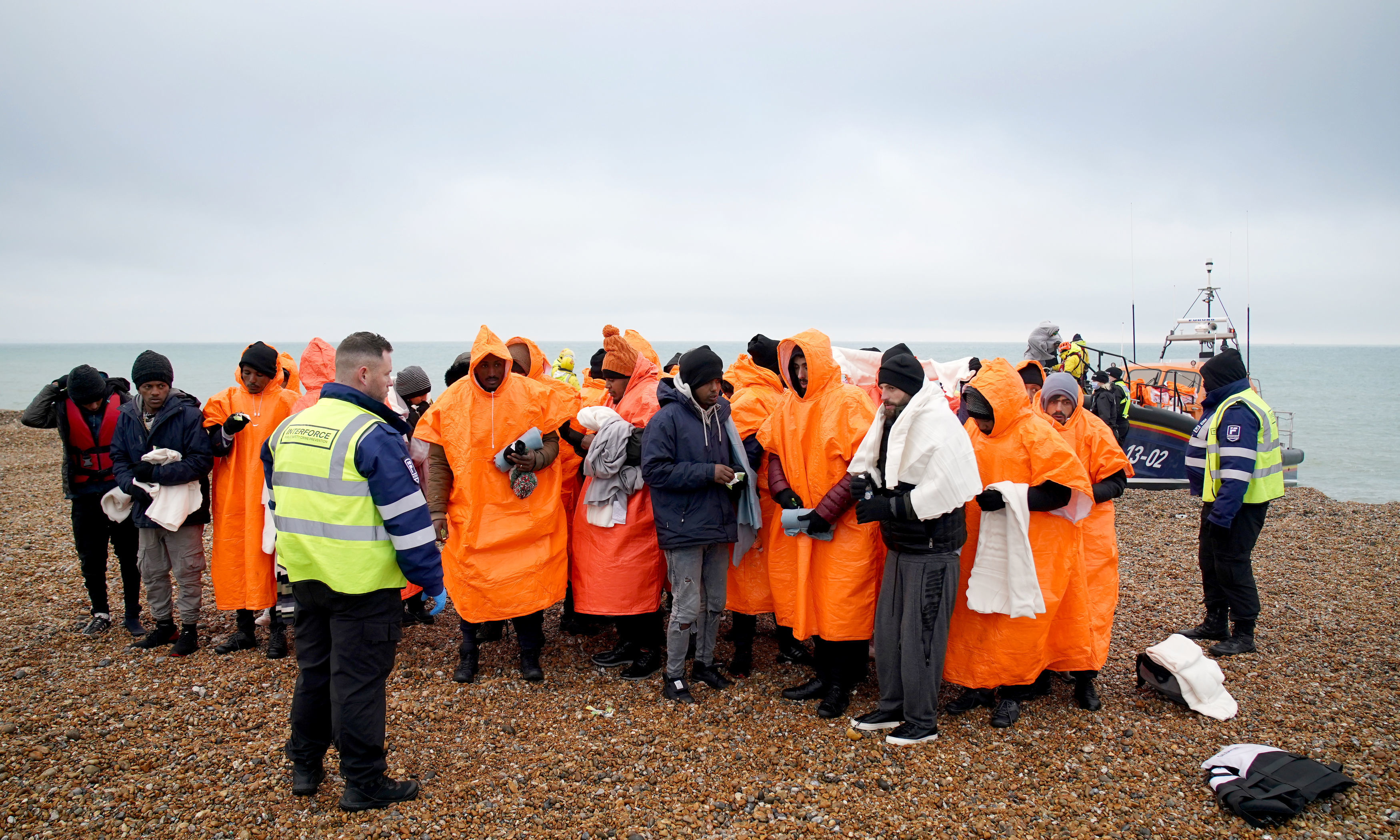 5Entering Britain illegally will render asylum claims void, with anyone removed losing the right to ever try to return – pictured migrants in Dungeness, KentCredit: PA’Game the system’
Mr Sunak told The Sun his five-point crackdown is “the right thing to do” to help the genuinely needy and stop chancers abusing our generosity.
A new annual quota for asylum seekers coming to the UK through safe and legal routes will be set by MPs — but the PM insisted he will open up “more” routes for those wanting to come here.
He told The Sun: “We want to make sure we focus on the people who really need our help and not have it exploited by people who are trying to game the system.”
Mr Sunak also revealed plans for 10,000 new places for asylum-seekers to be held in disused holiday parks and student digs — rather than pricey hotels which cost the taxpayer £6 million a day.
The number of caseworkers assessing claims will be doubled in a bid to clear all claims made before June, by the end of next year.
Admitting the system is broken and out-of-date, he told the Commons: “Enough is enough — we have to stop the boats.”
Thousands trying to make the dangerous journey and risking their lives to come to Britain will be “swiftly returned” to their home country or another safe nation like Rwanda to claim asylum.
But his plans put him on a collision course with the European Court of Human Rights — meaning new laws will be needed.
That will tee up a mighty Parliamentary battle with Labour, who the PM accused yesterday of voting down measures to toughen borders 38 times.
Mr Sunak said: “Far too many of the beneficiaries of that generosity are not those directly fleeing war zones or at risk of persecution but people crossing the Channel in small boats.
Far too many of the beneficiaries of that generosity are not those directly fleeing war zones or at risk of persecution. Rishi Sunak
“Many originate from fundamentally safe countries. All travel through safe countries.
“And every single journey risks the lives of women, children — and we should be honest, mostly men, at sea.”
A new deal with Albania — where a third of small boat crossers have come from this year — will see our Border Force stationed out there.
A speedy fast-track removals process will see modern slavery rules toughened up so those trying to exploit loopholes in the law will have to show evidence first.
Mr Sunak wants weekly flights returning migrants back to Albania and a new team of 400 staff working on cases just from the Balkan nation.
He vowed to press ahead with the Rwanda returns deal as soon as the High Court battle is over.
Ministers will crack down on illegal workers already in Britain, with more raids and moves to make it harder to open bank accounts.
The National Crime Agency, military and other officials will be brought together in a new Small Boats Operational Command.

Crime chiefs trying to bring down sick people-smugglers will see their cash funding doubled.
The plan was given a cautious welcome from Tory backbenchers yesterday — but they said the proof would be in whether it would finally push down numbers.
5 POINT PLAN
NEW unified Small Boats Operational Command: Troops, Border Force and National Crime Agency under one roof. More staff and funding to track people-smugglers.
Illegal working blitz: Extra raids in UK and stopping illegal migrants holding bank accounts.
End hotel Britain: Put migrants in former holiday parks, old student halls and surplus military sites to save cash. All local authorities to take share.
Speeding up asylum system: Double case workers to cut red tape and clear 150,000 backlog by the end of 2023.
New deal with Albania: Border Force staff at their airports for first time, fast-track removals and more evidence required to support modern slavery claims.