TORMENTED by the sound of revving engines, noisy exhausts and screeching tyres, Oldbury residents knew it was a matter of time before tragedy struck.
Last weekend two teenagers were killed at a 200-strong car meet – where gangs of boy racers perform death-defying stunts and drive at speeds of up to 130mph – in the West Midlands town. 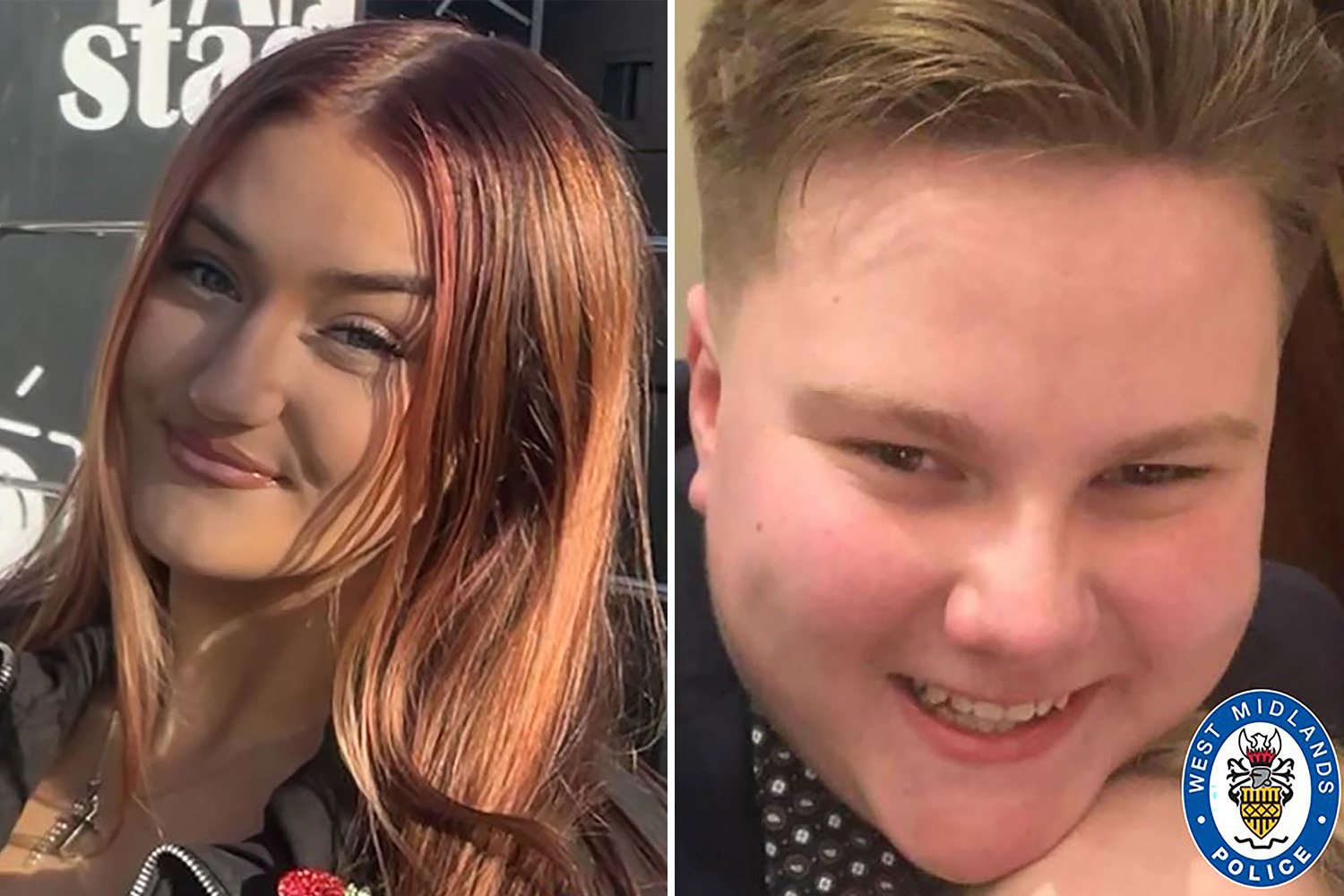 14Libby Charis, 16, and Ben Corfield, 19, died after a car struck a group of people last Sunday in Oldbury 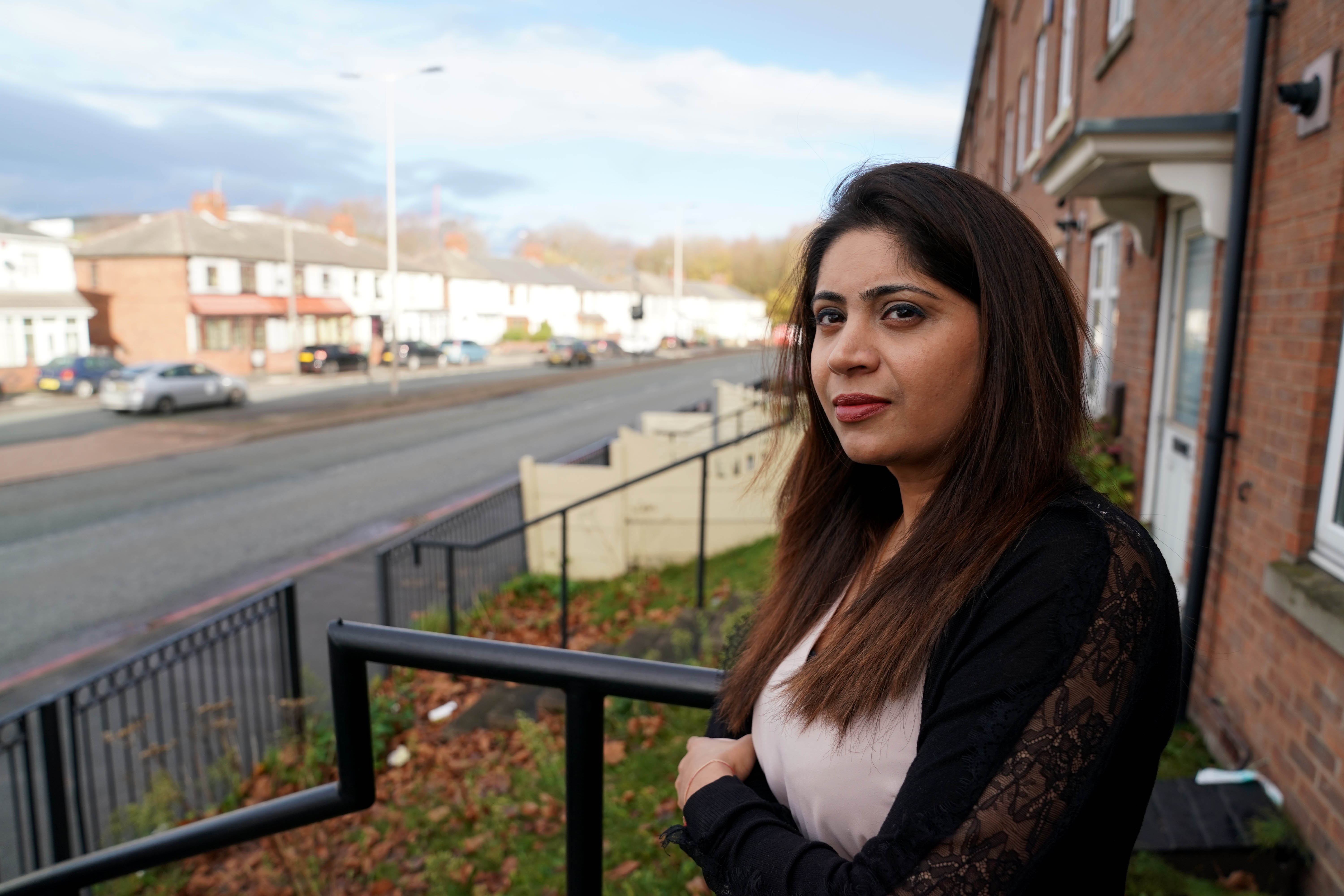 14Mum Nitasha Jesrani says she’s too scared to drive at night with her kids due to the spate of boy racers who terrorise her neighbourhoodCredit: News Group Newspapers LtdLiberty Charris, 16, and 19-year-old Ben Corfield died after a Nissan ploughed into the assembled crowd on of the area’s busiest roads.
A 54-year-old man was arrested on suspicion of causing death by dangerous driving
Two other teens have been killed this year at similar gatherings, which draw petrol heads to industrial areas and shopping parks across the UK.
Mum-of-two Nitasha Jesrani, 39, a mortgage advisor who lives close to the scene of the latest accident on a dual carriageway near Dudley, says she constantly hears cars racing along her road at 10 or 11pm at weekends. 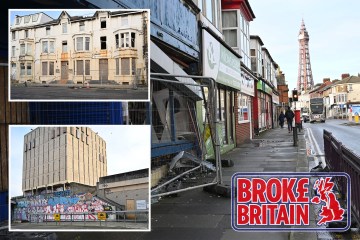 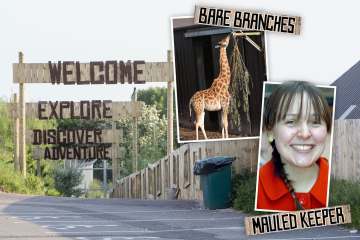 “You can just hear the speed they are going. It makes me scared to drive around the area with my kids,” she tells The Sun. “This time the car has hit pedestrians which now even makes me scared to walk on the pavement.
“It’s absolutely awful that something so tragic has happened on our doorstep.”
Social media is flooded with speed freaks zooming, racing and weaving in and out of cars on Britain’s main roads and motorways.
And a Sun investigation has found how illegal street racers are monitoring undercover cop cars – on a phone app advertised on TikTok. 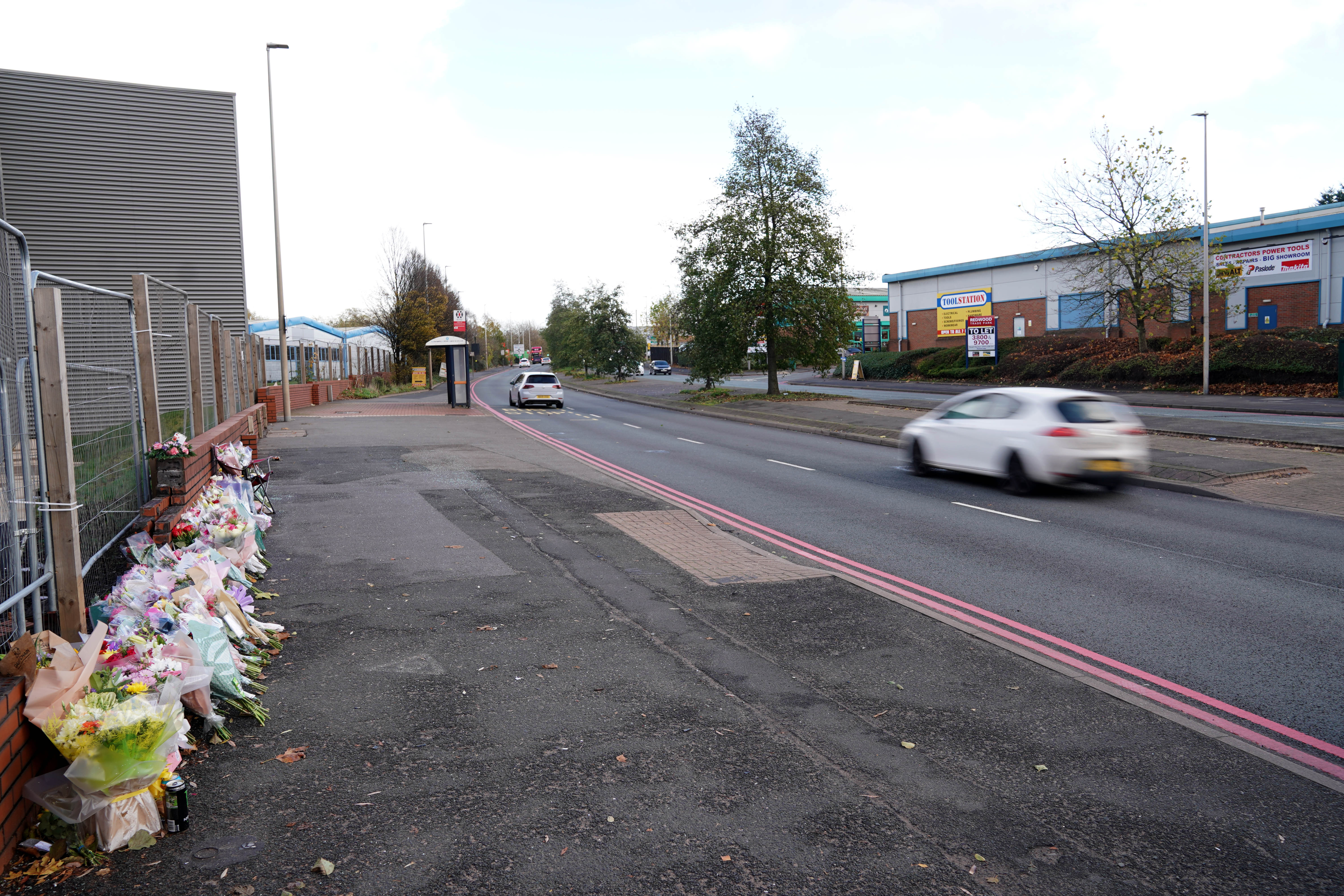 14The scene in Oldbury where the teenagers were killedCredit: News Group Newspapers Ltd 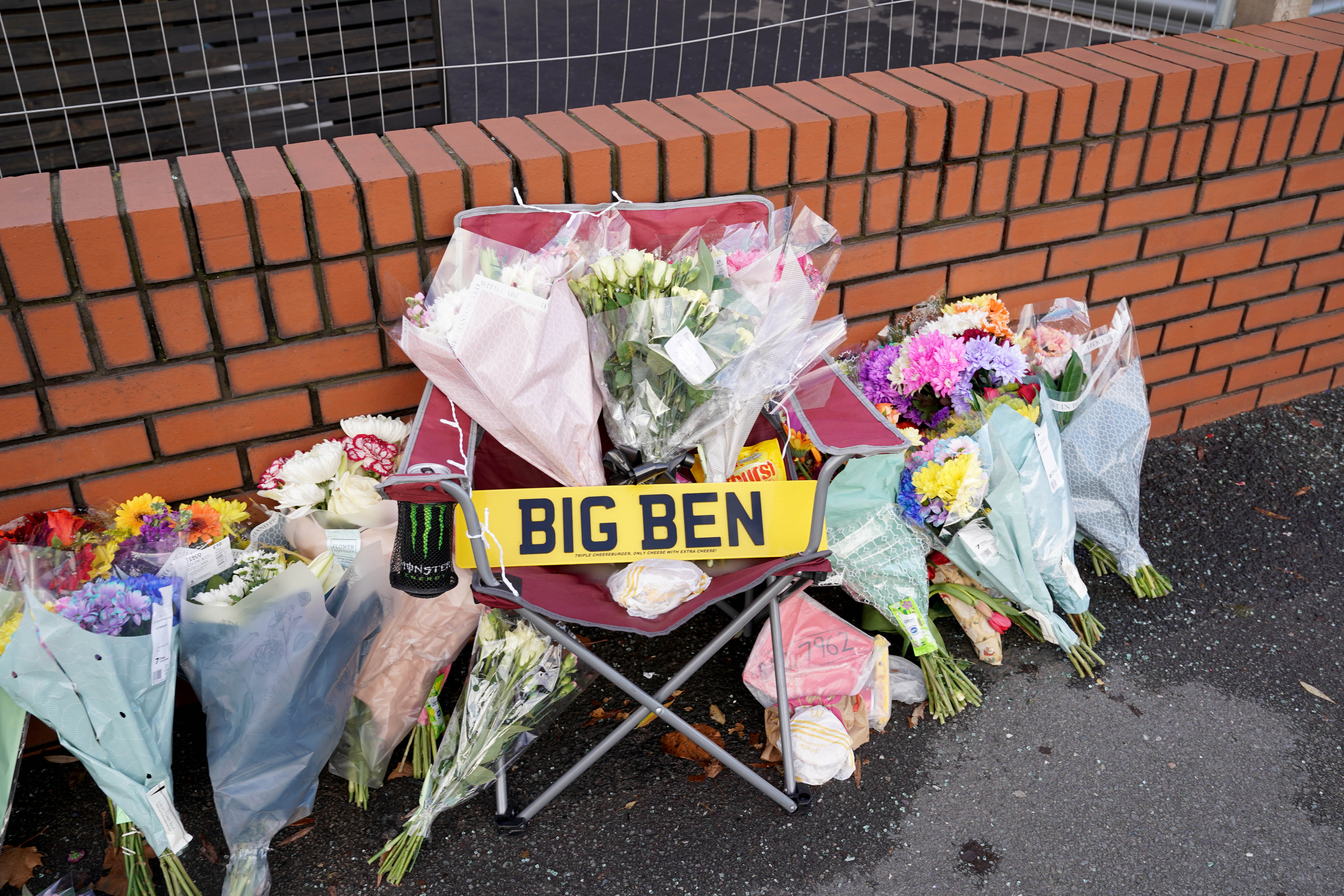 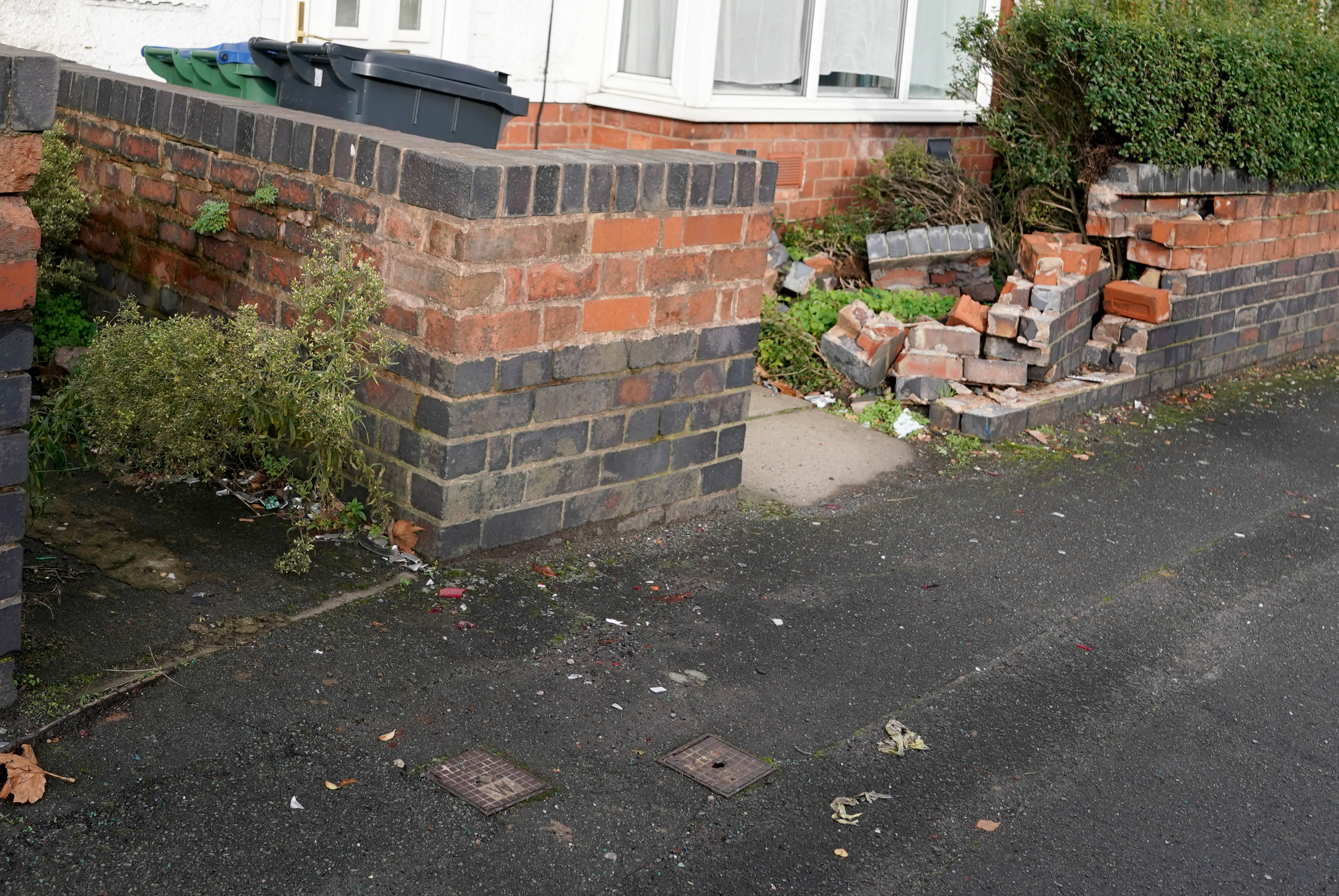 14A house wall which was hit from another car racing on the road before the teenagers were killedCredit: News Group Newspapers Ltd
Nitasha says her family bought their home believing it was going to be a safe area, but they no longer feel this way – a view shared by other residents who want to move away from the road regularly used as a deadly racetrack.
“It’s so dangerous how some drivers treat this road,” she says.
“One night recently I struggled to fall asleep as cars were constantly racing for half an hour.
“There are no speed bumps or cameras to put these drivers off.
“We’ve raised the issues with the local council in the past, but nothing ever came of it.
“It’s heartbreaking that something so devastating has happened when it could have been avoided.”
‘So dangerous’ 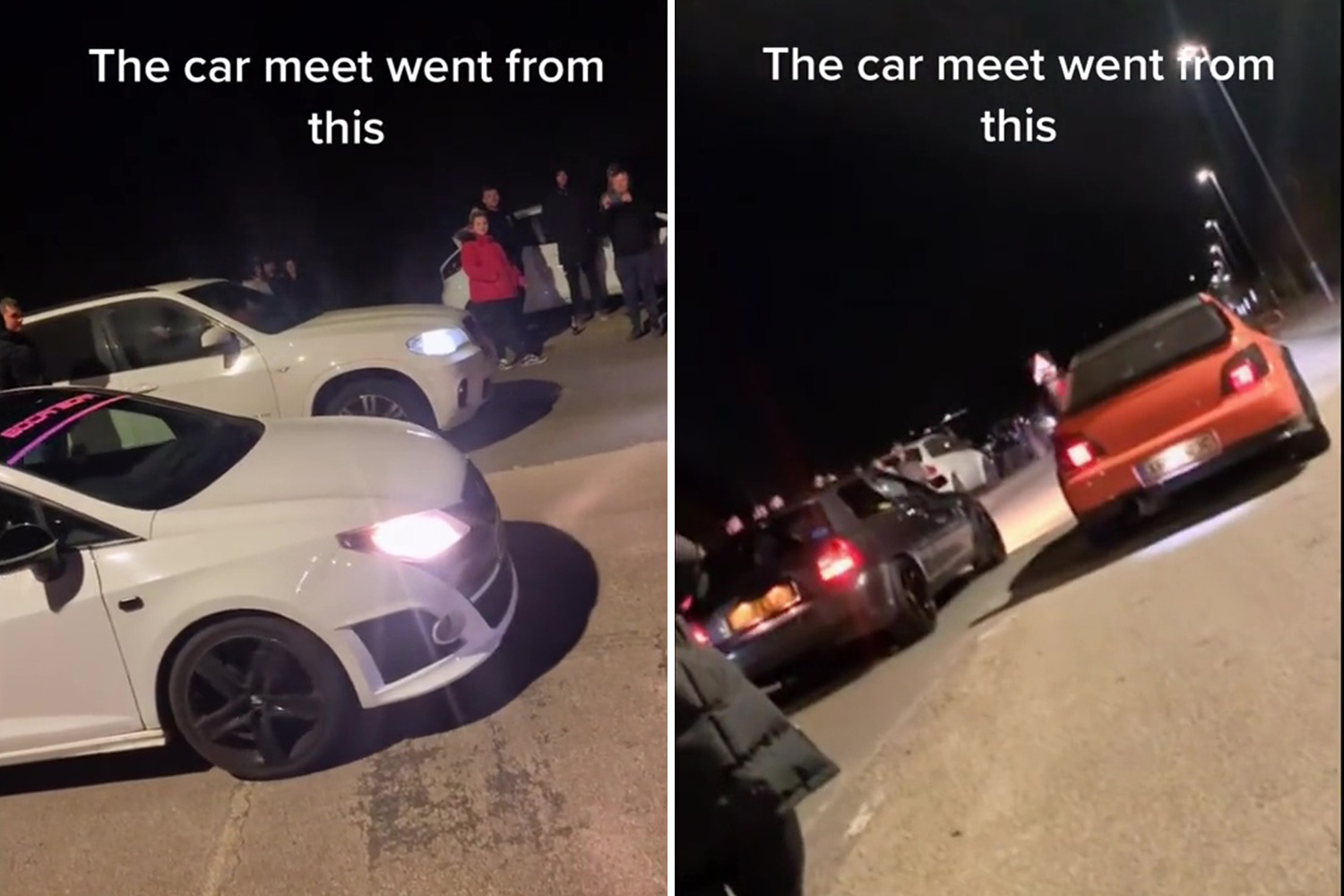 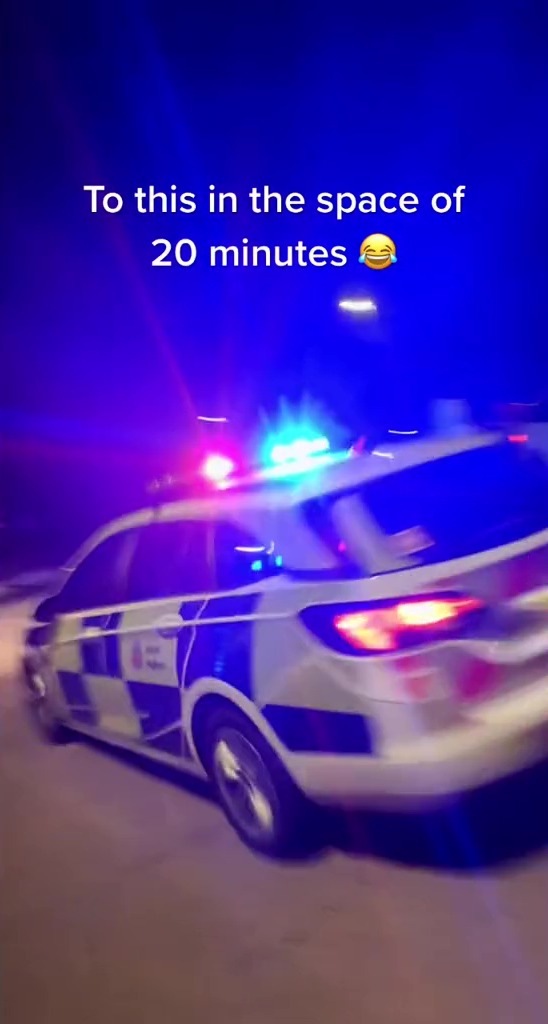 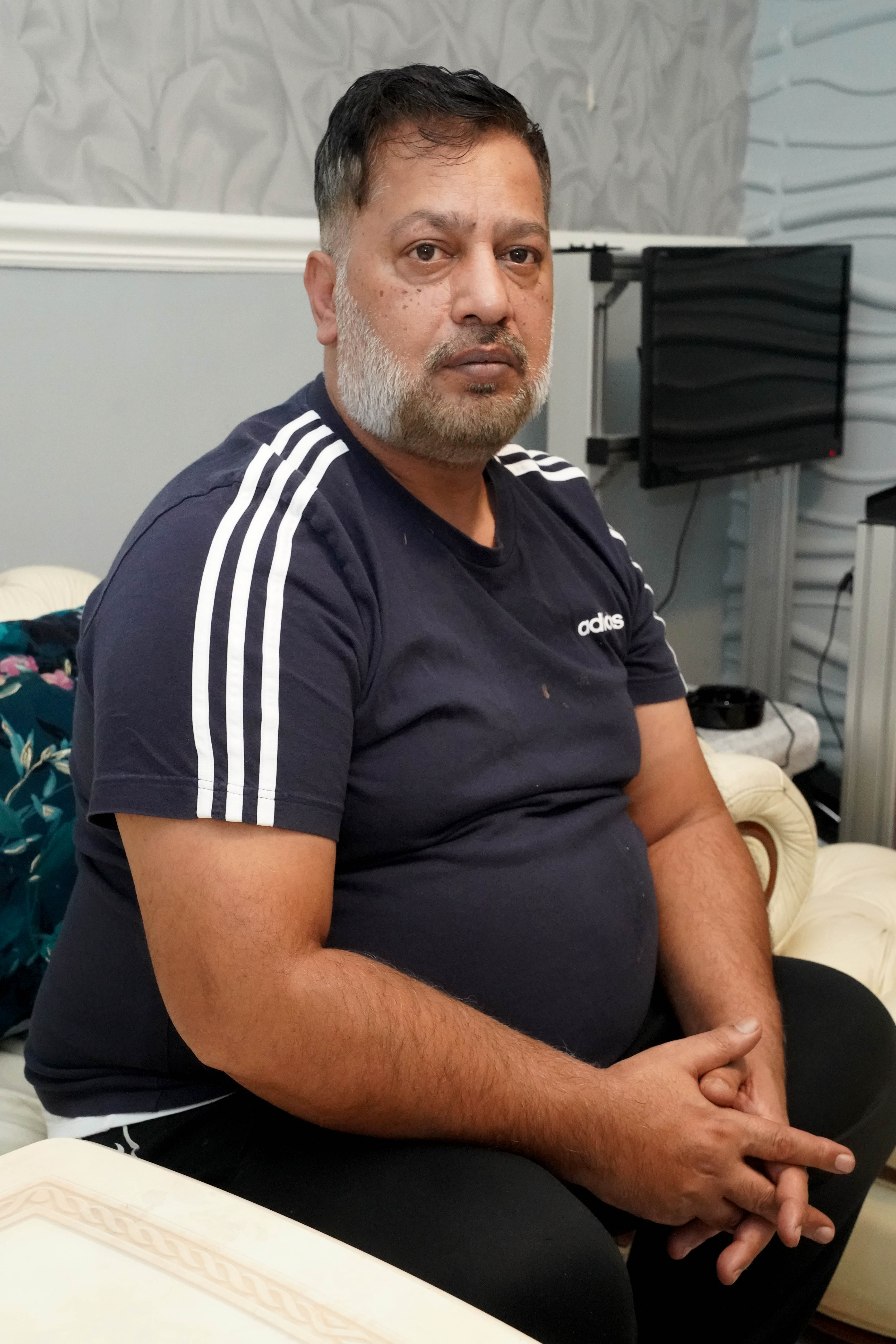 14Resident Qasid Khan says the tragedy wasn’t a surpriseCredit: News Group Newspapers LtdQasid Khan, a 57-year-old businessman, says residents regularly report the problem to police, but nothing is done – a sentiment repeated in towns across Britain.
He claims gangs of spectators stand at the side of the road to watch the illegal races and says it’s “sad that people only really start to take notice when something like this happens”.
“I’m sad and shocked at the loss of life, but it wasn’t too much of a surprise because they are always racing up and down that road, island to island,” he says.
“It’s so dangerous.”
Houses that stand back from the road bear the scars of crashes, with pieces of metal fencing missing and crumbling brick walls.
Welder Kevin Taylor, who has lived by the main artery road for over 20 years, said it was “only a matter of time” before someone got hurt.
“It’s sad, but I’ve surrendered to it now because it has been happening for years,” he says. “Nothing ever changes or gets done about it.”
Prevalent problem 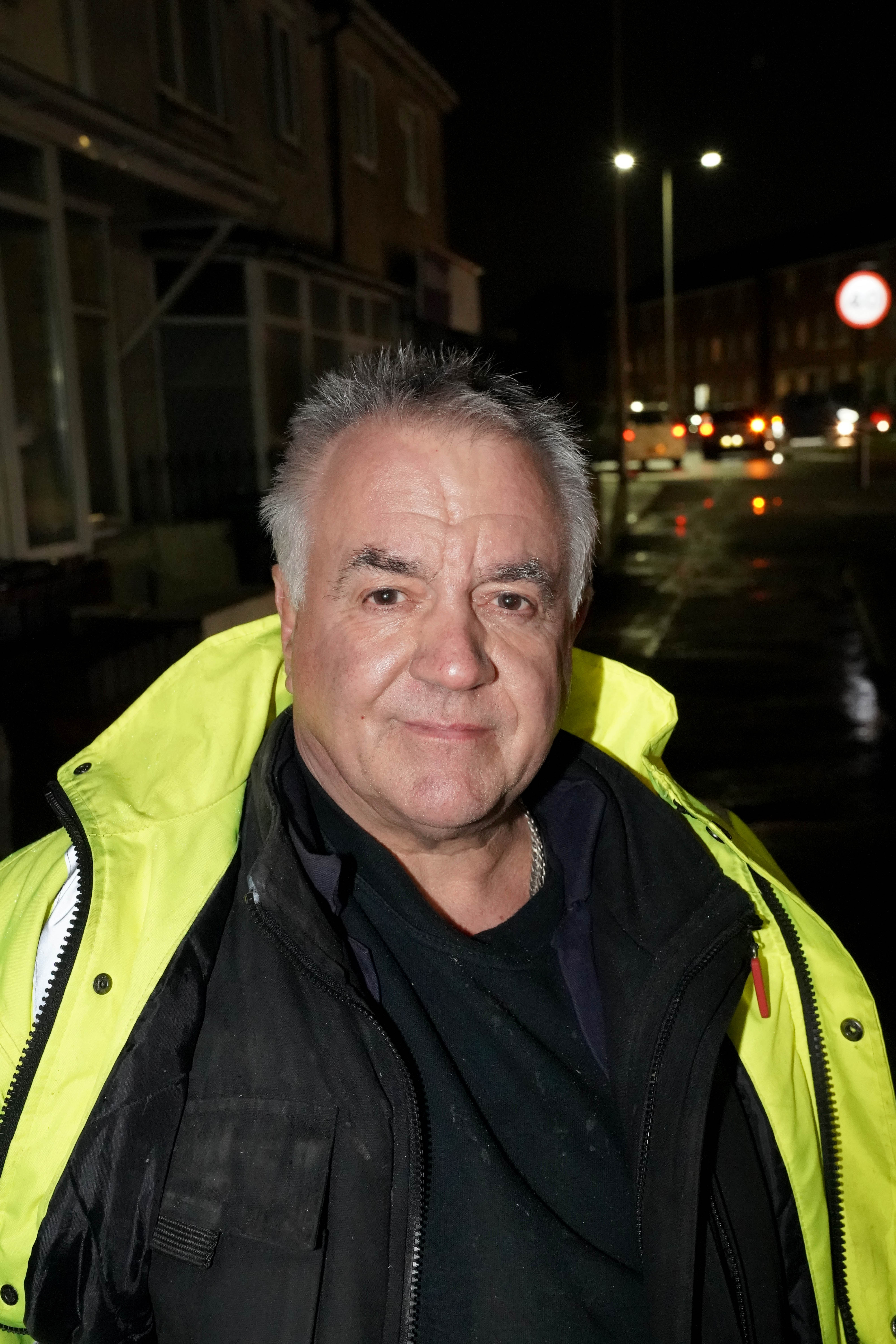 14Welder Kevin Taylor, who has lived by the main artery road for over 20 years, said it was ‘only a matter of time’ before someone got hurtCredit: News Group Newspapers Ltd 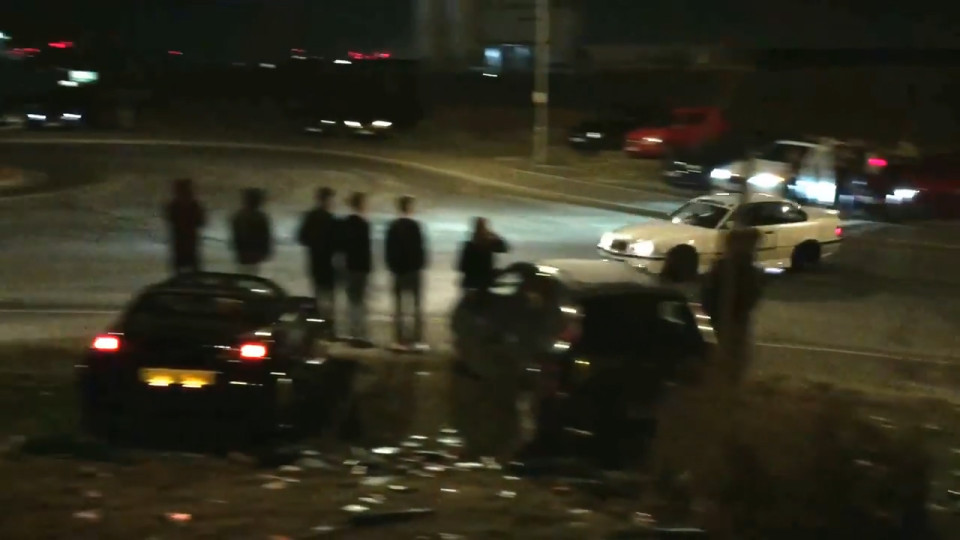 14A modified number plate recognition app is used by one TikTok user to detect cop carsOldbury local councillor Rizwan Jalil admits reckless driving is “prevalent, including motorcycles doing wheelies, cars mounting pavements and drivers doing stunts like drifting”.
Police up and down the country are becoming increasingly frustrated with car meets.
It is not illegal for large groups of car owners to gather, and they are only nicked if caught driving dangerously.
Social media footage also shows crowds deliberately blocking police cars trying to catch culprits.
The gatherings are organised last minute on platforms like TikTok, where we found clips of thugs dodging drifting around roundabouts and hurtling down roads which received thousands of likes and comments.
And a Sun investigation has found illegal street racers are now monitoring undercover traffic cop cars via an app on their phones, which captures number plates.
The app, created by a Danish company, works like a dashcam scanning the road and recording number plates.
We found one TikTok user with almost 5,500 followers who is selling a modified version of it, encouraging users to share police registration plate numbers and charging ‘members’ £3.99 a month.
Spate of deaths 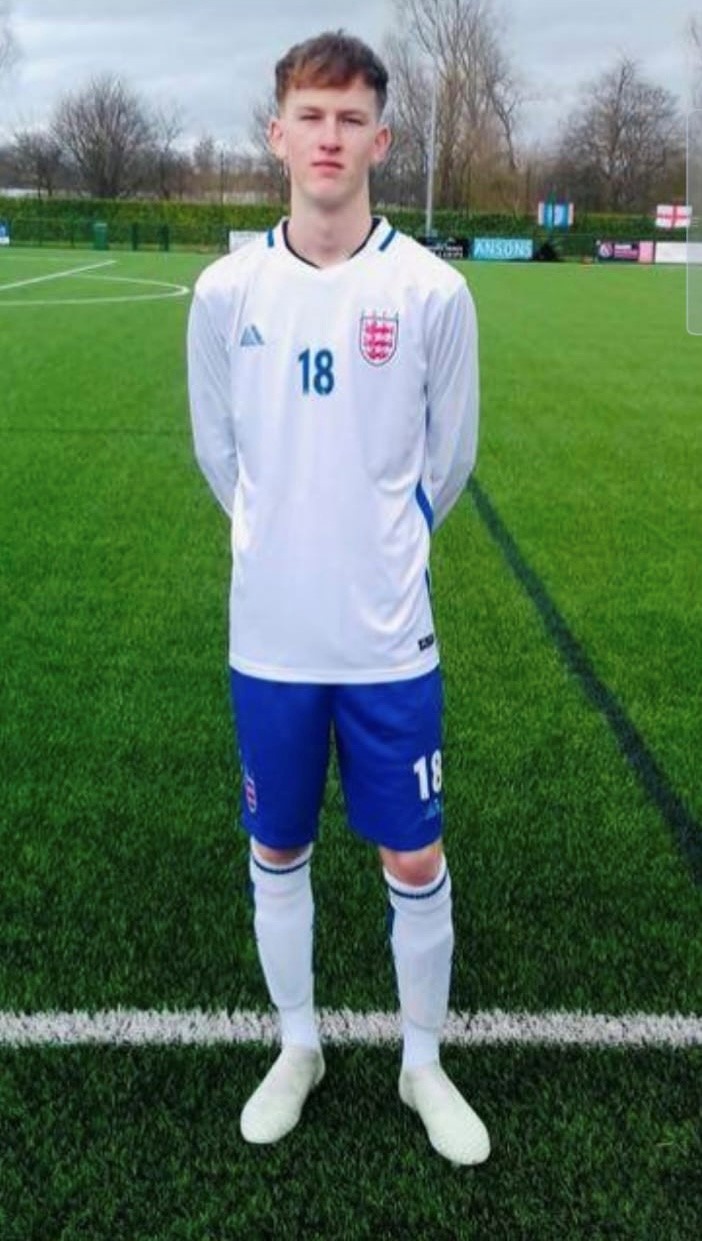 14Sam Harding, 20, died after being struck by an Audi at a car meet in AprilCredit: Cheshire Police 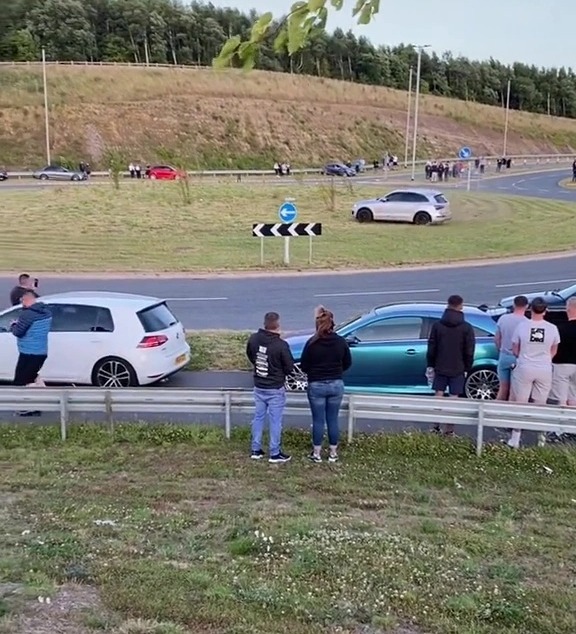 14Attendees perform stunts like drifting across roundaboutsCredit: tiktok/@charlielaw0Meanwhile campaigners are calling for extra funding for cops to tackle the growing car meet trend which is terrorising towns across Britain and has seen a spate of deaths.
In September in Scunthorpe, Connor Richards, 23, of Sheffield, died after a car hit a crowd on an industrial estate.
And promising footballer Sam Harding, 20, died after being struck by an Audi at a car meet in April.
As the problem hits epidemic levels, police and councils across Britain are fighting to stamp it out.
In Swindon this year, police carried out a clampdown on meets after complaints of speeding, wheel spinning and drifting in shopping centre car parks.
In Southend, the local authority may extend its powers to tackle the drivers by labelling their behaviour ‘anti-social’.
Reckless driving is prevalent, including motorcycles doing wheelies, cars mounting pavements and drivers doing stunts like driftingCouncillor Rizwan Jalil
And in Dartford, cameras used to catch fly-tippers are being deployed to snare street racing.
Mary Williams, of road safety charity Brake, says: “These are extremely risky, and in some cases, killer events.
“They should be treated like raves and it needs to be illegal to attend them.
“There needs to be national coordinated investment in policing to stamp it out.
“We hope the police have the resources they need to bring anyone responsible for these sorts of completely avoidable crashes to justice.”
“We also need to educate our teenagers about the risks of speed as part of the national curriculum.”
RAC road safety spokesman Simon Williams says: “Anyone using public roads in this way is putting themselves and the innocent people around them at huge risk of injury or even death.
National Police Chiefs’ Council Lead for Roads Policing, Chief Constable Jo Shiner, said tackling speeding and dangerous driving is a “priority” for police.
She said: ” Behind every collision there are family and friends who have to live with the tragic consequences for the rest of their lives.

“Police forces work closely with local communities and our partners to tackle those who put their own and other people’s lives at risk by driving dangerously, as well as anti-social behaviour which may lead to this dangerous activity.
“Dispersal orders can be used where it is believed that anti-social behaviour is, or is likely to, take place, and we urge those who see such behaviour to report it.” 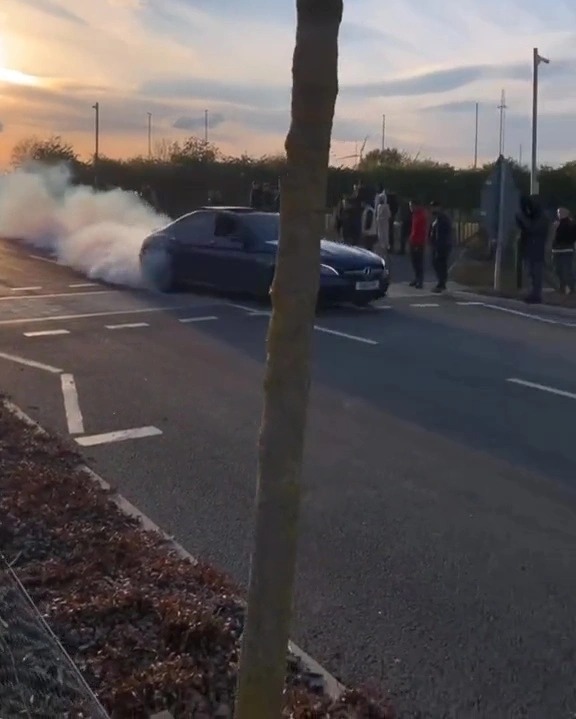