HomeUK NewsOur town is one of the worst in the UK and looks...
UK News

CREWE town centre is said to be so bad it looks like a bomb site and a flyer has compared it to Hiroshima after the atomic bomb was dropped.
The leaflet was recently posted out to households by local political group Putting Crewe First. 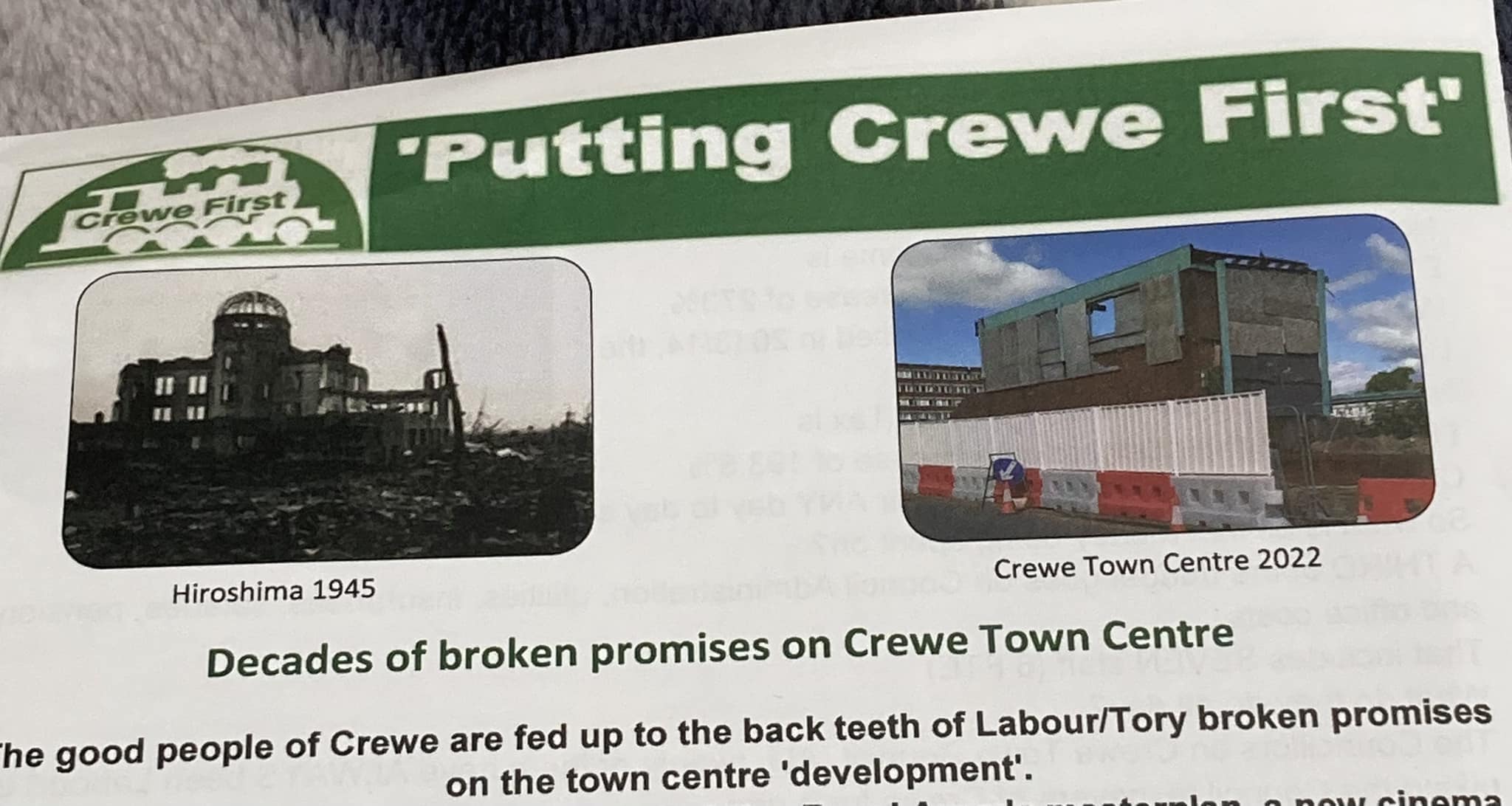 5The political group Putting Crewe First posted out a leaflet comparing Crewe town centre to Hiroshima after the atomic bomb had been droppedCredit: CheshireLive/MEN 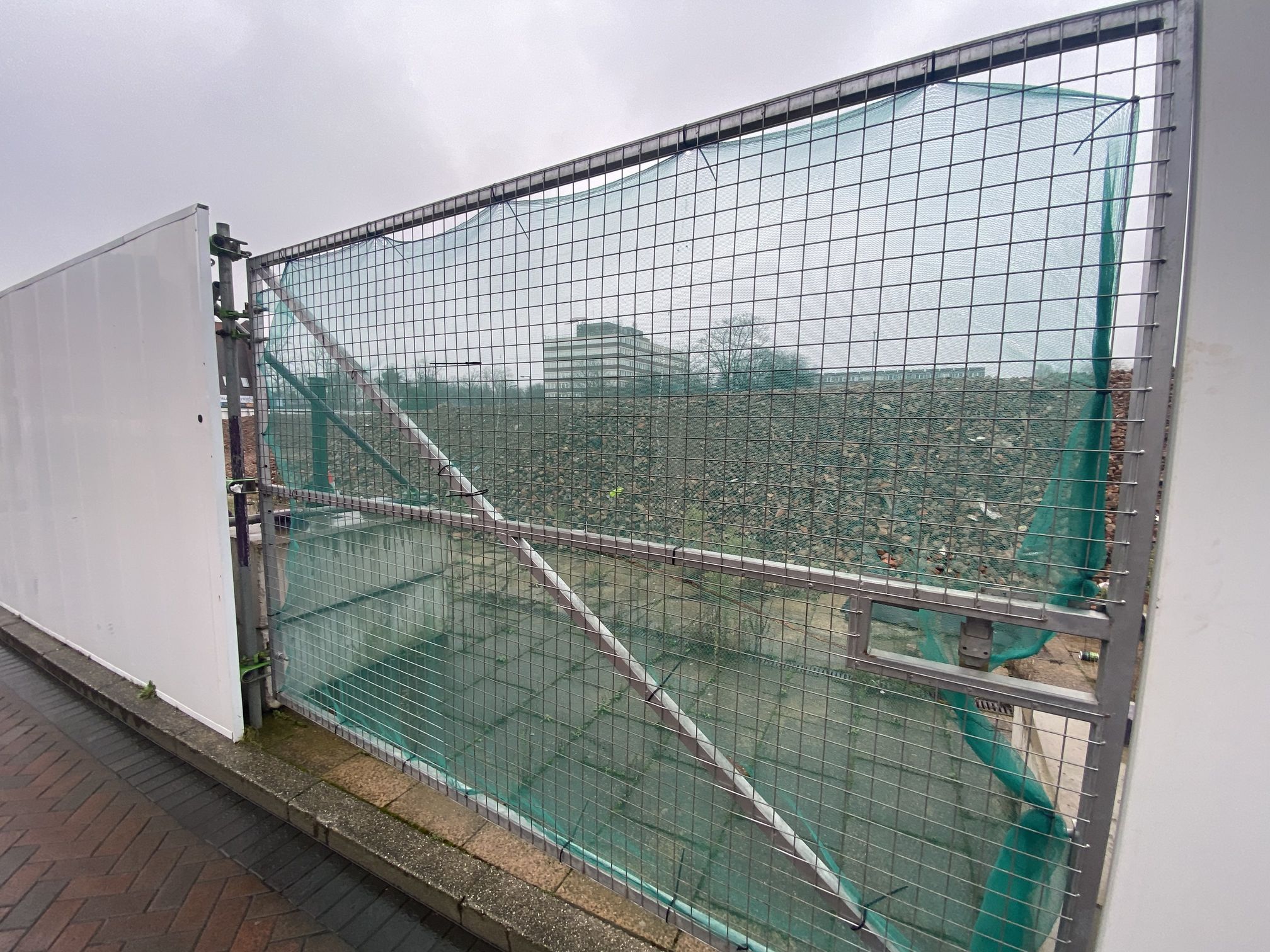 5The demolished Royal Arcade in CreweCredit: CheshireLive/MENIt shows a picture of the building site at the Royal Arcade with the caption “Crewe town centre 2022” next to an image of Hiroshima in 1945.
The group’s leader, former Cheshire East Council deputy leader Brian Silvester, defended the comparison, saying many people “refer to Crewe town centre as a bomb site”.
But some Crewe residents on social media said it was wrong to compare the site with the devastation caused by a nuclear bomb that killed tens of thousands of people.
The criticism was echoed by Labour’s Cllr Connor Naismith, who represents Crewe West on Cheshire East Council. 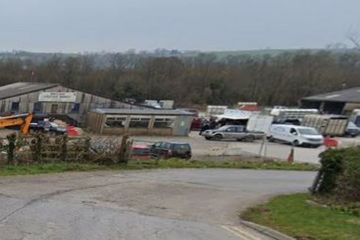 He said: “It is disgusting, desperate and insensitive to compare Crewe town centre to a tragic event during the fight against fascism in which tens of thousands of people lost their lives.
“Putting Crewe First is the latest vehicle for Brian Silvester to advance his controversial political views. It has been demonstrated time and time that residents do not align themselves with these political views, including on Covid and other views associated with the conspiracism of the far right.
“Crewe is better than Brian Silvester, and I am confident we will reject him convincingly again in May 2023 in favour of candidates who actually do put Crewe first, not just with words but with actions.”
Cllr Silvester, who is currently a member of Minshull Vernon and District Parish Council, said the flyer was a criticism of what he described as “broken promises” on the regeneration of Crewe town centre.

The former Ukip and Conservative member said: “Many people in Crewe we speak to refer to Crewe town centre as a bomb site. In 2015 Cheshire East paid an excessive £6m for the Royal Arcade site.
“They then proceeded to demolish all of it in early 2021, at a great financial, multi-million-pound loss to the council taxpayers of Crewe. It has looked like a bomb site ever since.
Are you unhappy with your town? Email jon.rogers@the-sun.co.uk or call our tips line on 07423 720250.
“We are just comparing it with the most famous bomb site in world history. In no way are we trying to be insensitive to those that tragically died at Hiroshima.
“I have visited Hiroshima and the museum devoted to what happened in 1945. I was very moved by it and have every sympathy for all those who died and were injured and their families. War has casualties on all sides and should be avoided whenever possible.”
He said they had printed 10,000 of these leaflets but “had not received one complaint”.
He branded the criticism as being “politically motivated”.
The Royal Arcade has been a building site since demolition work began in early 2021, with only part of the old bus station currently left standing. It is due to be transformed with a new bus station, multi-storey car park and leisure-led mixed-use development.
Cllr Silvester added: “Labour-run Cheshire East has made broken promise after broken promise on Crewe town centre. The temporary bus station was promised by the summer of this year. The year is nearly over and they haven’t even started building it.
“In fact, originally in 2018, Cheshire East promised the £48m town centre redevelopment would be completed by Christmas 2020. Here we are two years after it should have been completed and not a brick has been laid. Crewe’s Labour councillors have totally let down the good people of Crewe. And they can’t blame Covid for the delay.
“Thousands of houses have been built in and around Crewe since the Covid outbreak in 2020, so why couldn’t the promises on the town centre development been kept?”
Cheshire East Council recently provided an update on the progress of the Royal Arcade regeneration. The temporary bus station is set to be brought into use on January 4, while the new permanent bus station and multi-storey car park are expected to open at the end of 2023.
Cllr Nick Mannion, chair of the authority’s economy and growth committee, said: “It is fantastic news that we have reached this stage of the scheme, and that we are moving ever closer to providing Crewe and its communities with new modern and attractive transport facilities.
“By continuing to work on the scheme in the run up to the festive period, we will ensure that we stay on track and can open the temporary bus station first thing in the new year.
“We will of course make sure that there will be as little disruption as possible to those accessing the town centre during this time.”

Cllr Silvester has been a controversial figure in Cheshire East politics over the years.
In early 2021, Twitter suspended his account for “spreading misleading and potentially harmful information related to Covid-19”. 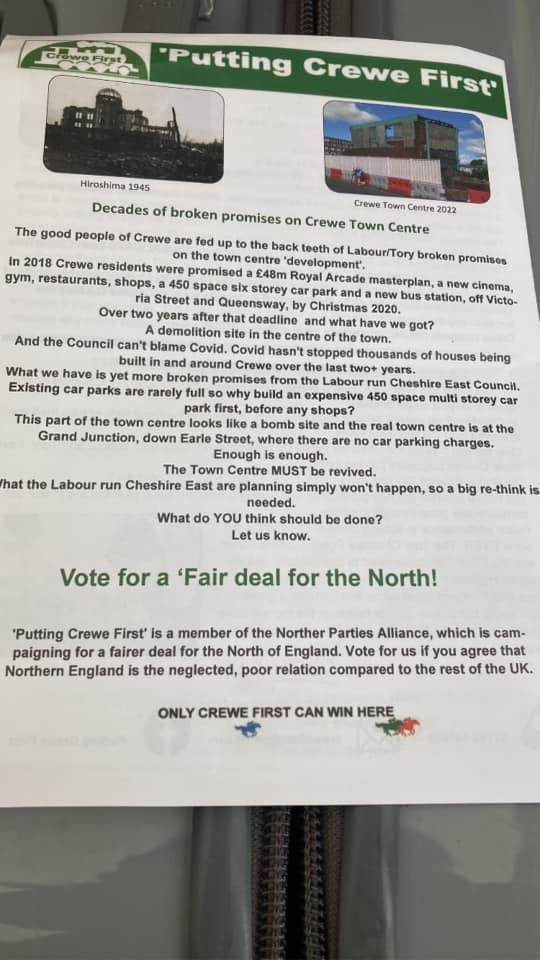 5The flyer was produced to highlight the supposed ‘broken promises’ over the development of the town centreCredit: CheshireLive/MEN 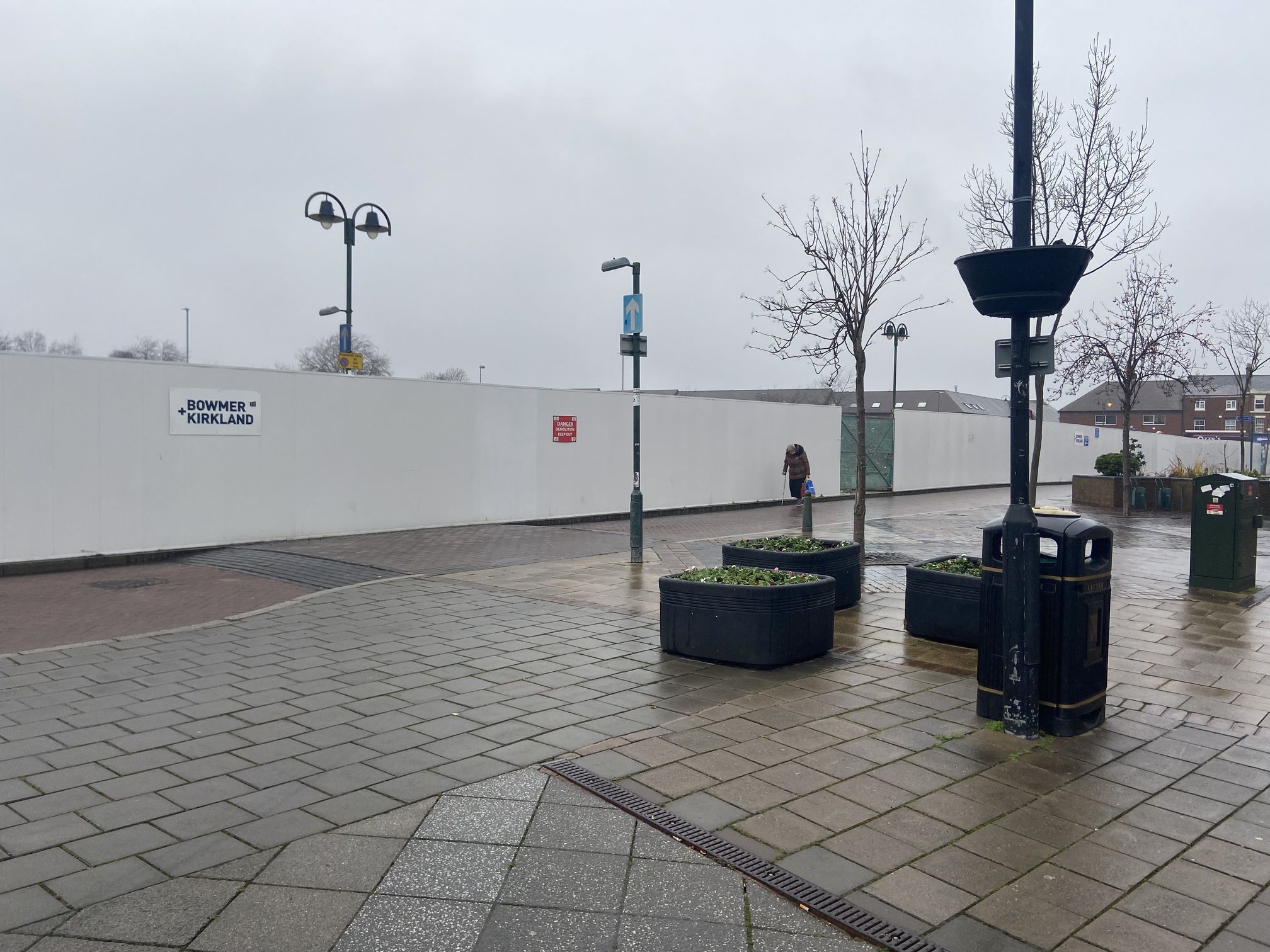 5The area around the Royal Arcade is currently boarded upCredit: CheshireLive/MEN 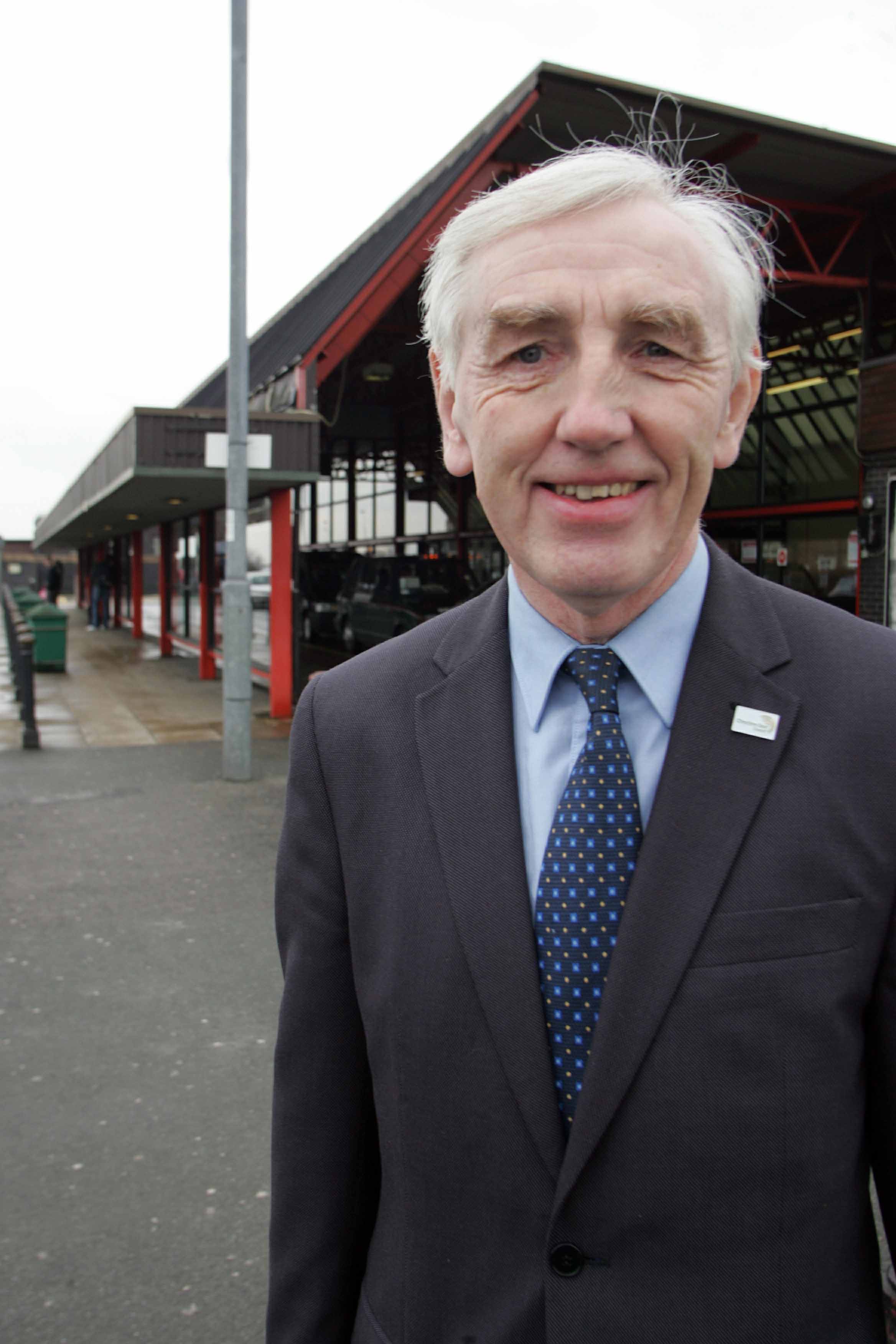 5The group’s leader Brian Silvester has come under fire for the leafletCredit: CheshireLive/MEN
Story Credit: thesun.co.uk