VLADIMIR Putin has shared a video of himself driving over a crucial bridge between Crimea and Russia – three months after it was wiped out in a suspected Ukrainian airstrike.
Russian state media posted the footage of Vlad behind the wheel as he crossed the Crimean Bridge, a vital corridor between Russia and the illegally-annexed Ukrainian territory. 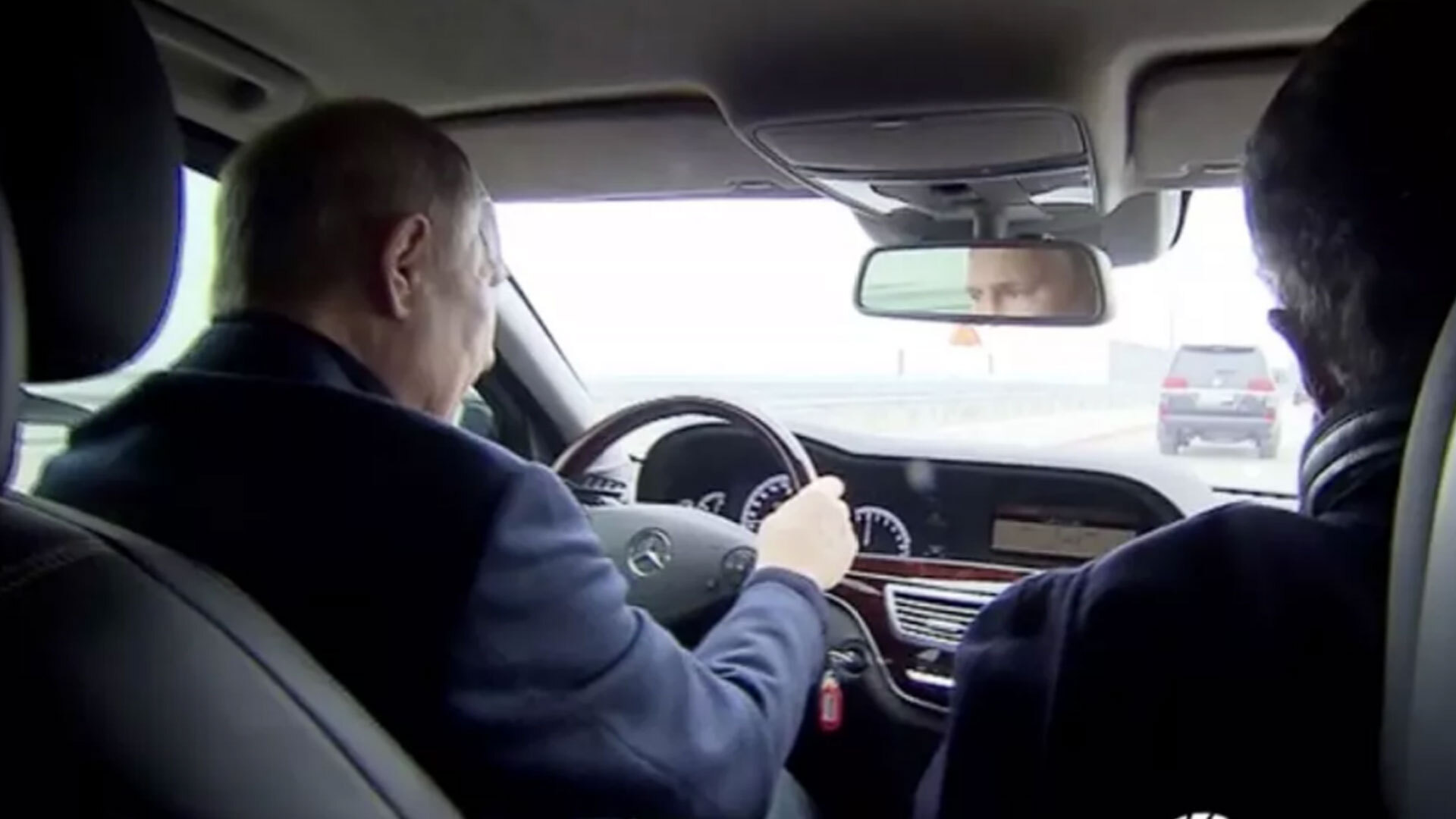 3The clip was shared by Russian state media 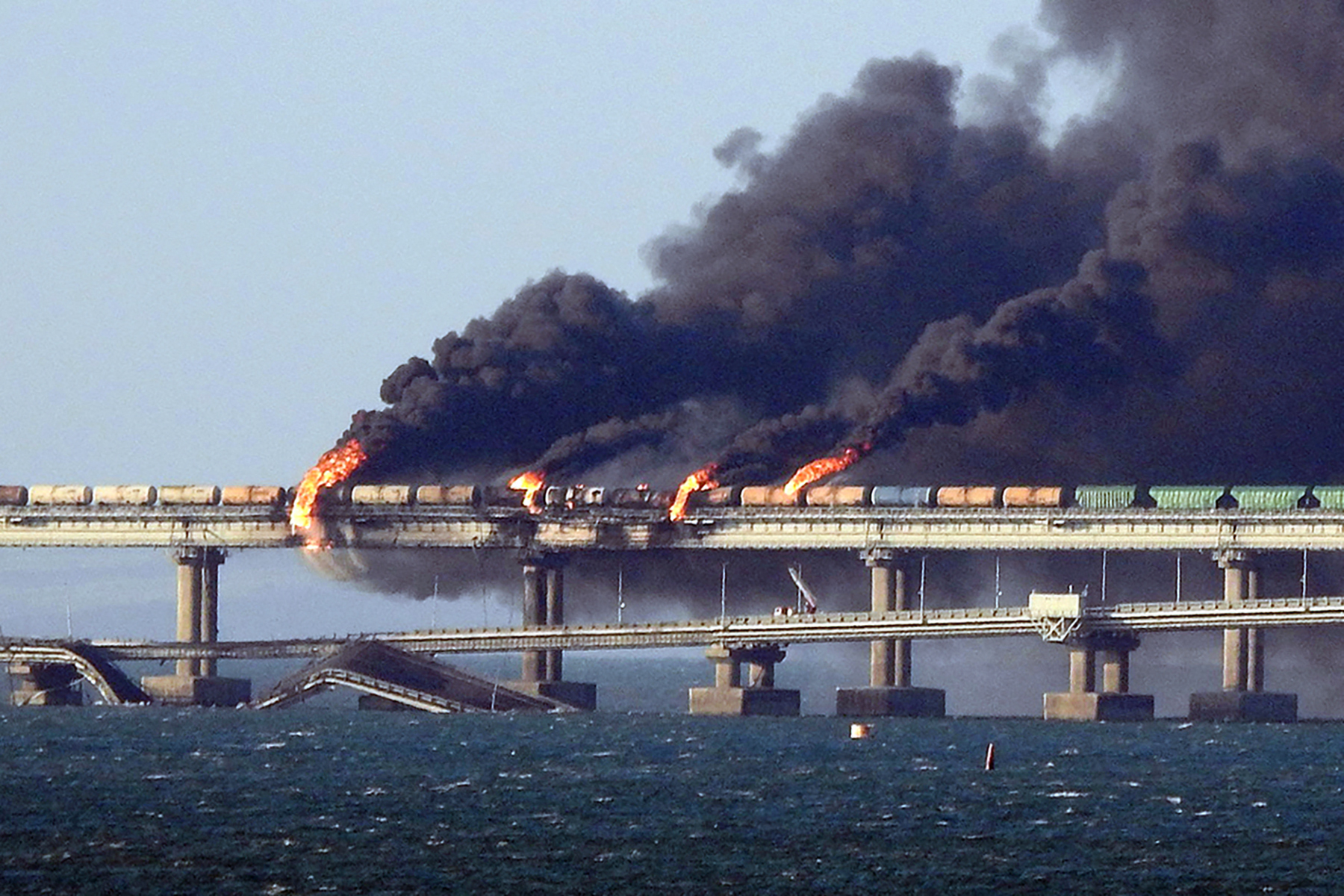 3It comes three months after the bridge was badly damaged in a mystery blastCredit: AFP”The head of state got behind the wheel and personally drove across the bridge,” pro-Putin news agency RIA Novosti wrote.
In the short clip, he is seen tightly gripping the wheel as he and Deputy Prime Minister Marat Khusnullin drove over the bridge.
The PR stunt comes just under three months after a Ukrainian airstrike took out the bridge, amid Putin’s chaotic invasion.
Built in 2014, just months after Russia’s illegal annexation of Crimea, the 11-mile-long bridge cost £3.2billion and was Putin’s prized project.
It featured a parallel road and rail crossing spanning the Kerch Strait, making it the longest bridge in Europe.
But on October 8, a mystery blast wrecked much of the Kerch crossing, taking out a section of the road bridge and sending it collapsing into the Black Sea.
Russian state media insisted that the bombing was caused by a truck explosion on the bridge.
Putin’s intelligence agency the FSB blamed the attack on the Main Directorate of the Intelligence of the Ministry of Defence of Ukraine, singling out its head Kirill Budanov.
The bridge was badly damaged, and three people were killed in the explosion.
Putin was quick to blame Ukraine for the bridge strike, accusing Kyiv of an “act of terrorism”.
The Kremlin claimed that the bridge would be fully repaired by July 2023.
On Monday, Russian state media announced that traffic would open on the right side of the road part of the bridge.
The railway bridge has also reportedly been repaired, however, the UK Ministry of Defence said last month that the key supply route between Crimea and Russia will remain disrupted until at least September next year.