HomeUK NewsMy neighbour is ruining my life by building TWO houses in his...
UK News

A NEIGHBOUR has been accused of ruining a resident’s life by building two houses in his garden.
Corporate lawyer Zoe Bucknell is fighting game-shooting pedigree beef farmer Mark Stoneham’s plans to convert a barn into two houses next door to her £1.3m farmhouse in Kent, whilst using her drive as access for heavy construction traffic. 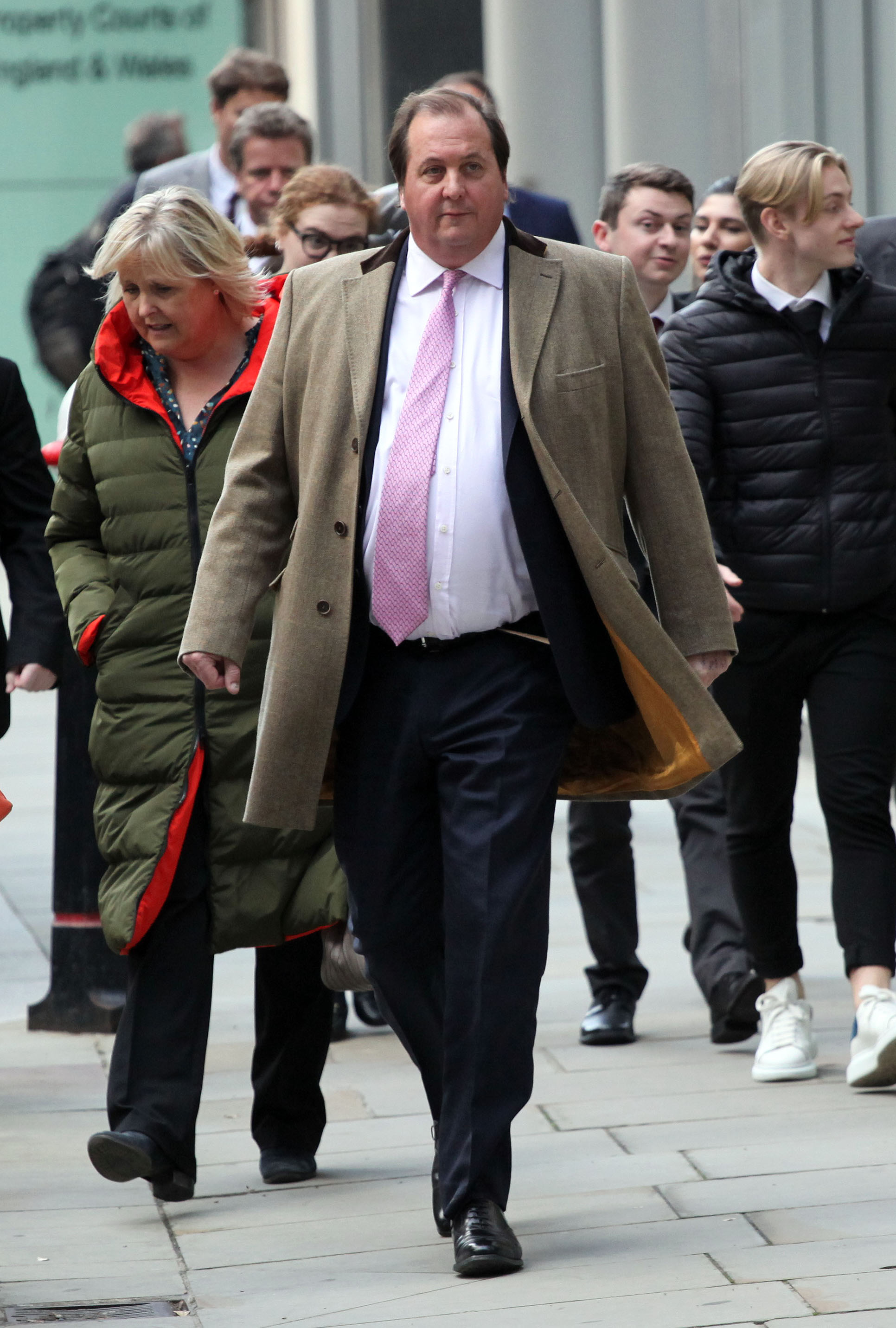 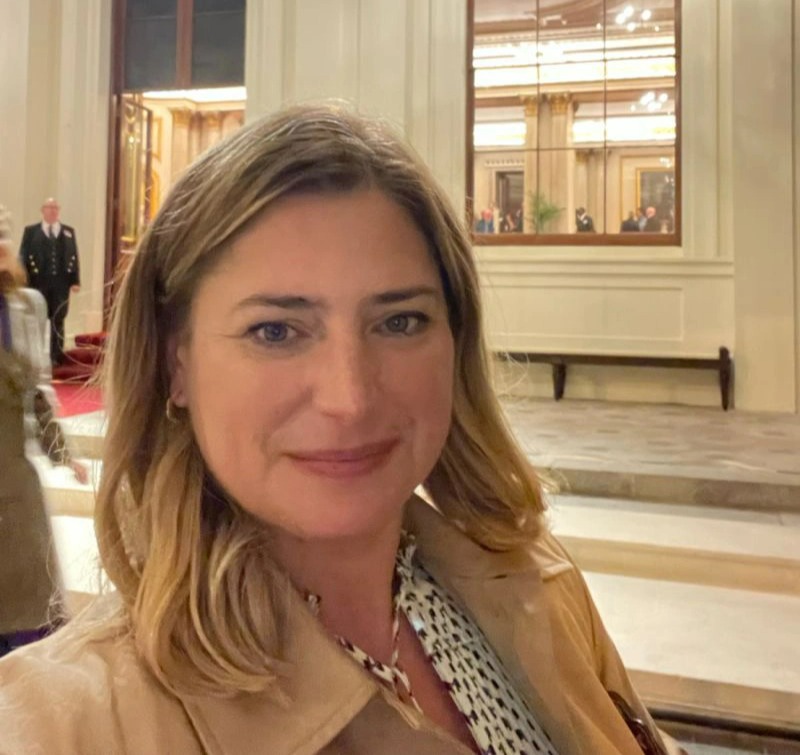 3Zoe Bucknell said her peace will be ruinedCredit: Champion News 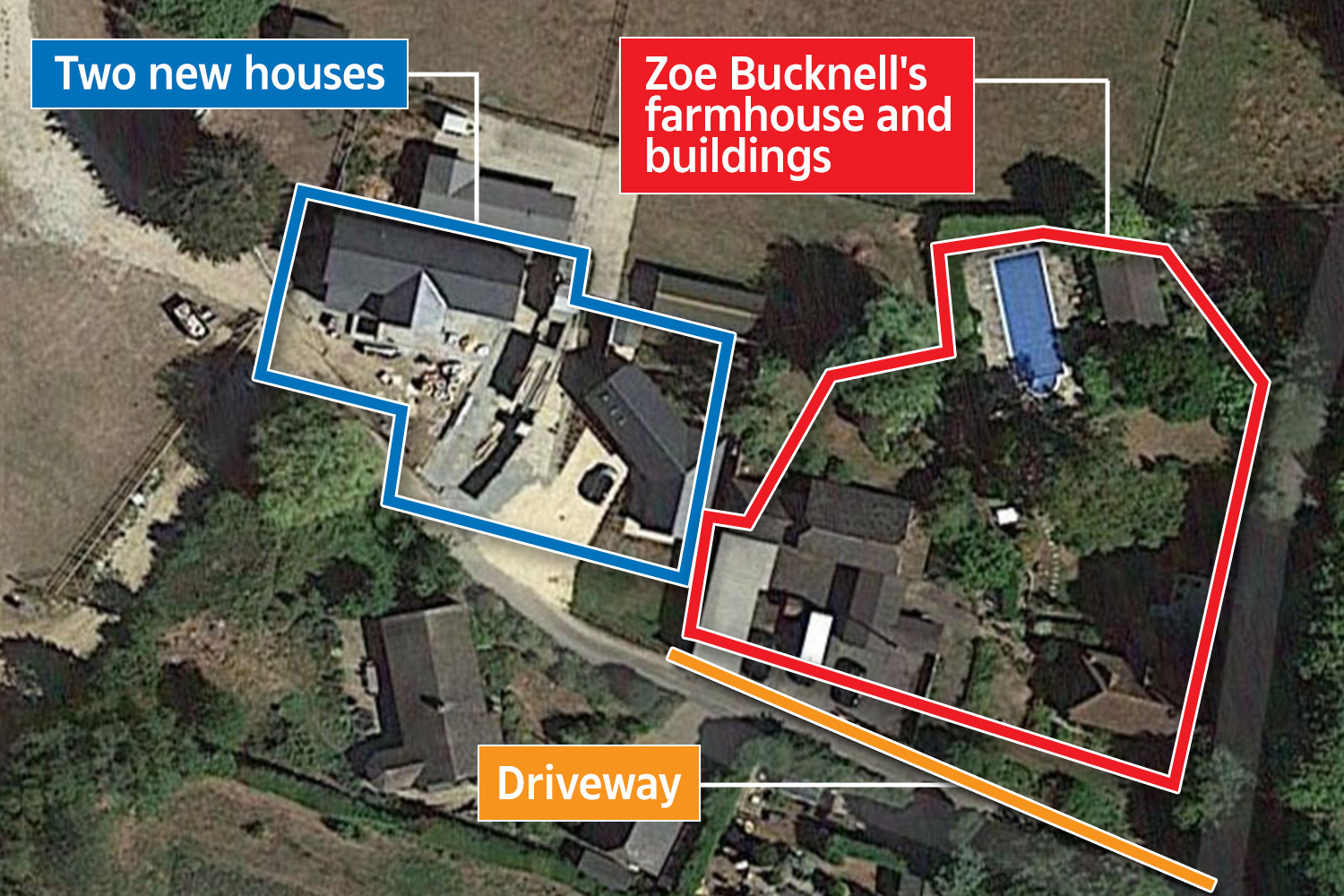 3Mrs Bucknell, a keen horse rider with her own stables at home, says “noise disturbance, vibration and fumes” from traffic passing up the 55 metre driveway past her house to the construction site poses “a threat” not just to her peace but to the fabric of the driveway itself.
She says her enjoyment of horse riding will be “adversely affected” because of “increased traffic” and claims vibrations from building trucks could be damaging the foundations of her home.
Last year, she went to court and obtained an interim injunction banning construction vehicles from using the driveway to access the barn conversion site, which Mr Stoneham bought through a company in 2020.
But Mr Stoneham, who has a right of way over the drive, pressed ahead with the barn conversion despite the lawyer’s objections, making an alternative access track to the site over fields. 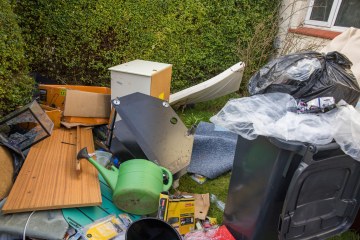 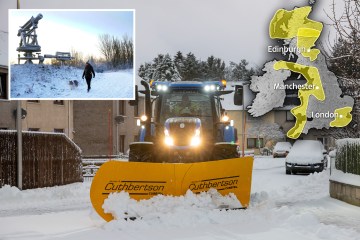 Mrs Bucknell is now suing at the High Court, seeking a permanent injunction to ban building traffic from her driveway and stop anyone living in the two houses from using it, as well as forcing the farmer to pay her damages.
Mr Stoneham is fighting the claim, insisting the lawyer is “catastrophising” the situation and in reality would only be inconvenienced by traffic “once in a blue moon”.
London’s High Court heard that Mrs Bucknell and her family moved into the home in 2014, whilst Mr Stoneham’s company bought the yard and barns from his family in 2020.
Mr Stoneham now breeds pedigree shorthorn beef cattle on an 800 acre estate in Oxfordshire and describes himself as “a keen game shot,” but grew up on the family farm in Kent.

Nicholas Isaac KC, for Mr Stoneham, told Judge Paul Matthews that a right of way over the drive to the barns was granted “for all time and for all purposes” to Mr Stoneham’s father and uncle in 1972 and that he now seeks to use that right to complete the build and provide access to the houses.
But Richard Clegg, for Mrs Bucknell, told the judge that she says this would be “wrongful use” of the right of way over her driveway, which would put her “forever home” in “jeopardy”.
She claims that noise, disturbance, vibration and fumes from increased traffic moving along her drive to the barns beyond would be a blight on her idyllic country home, where she rides her horses and lives with her gun maker husband.
“The claimant’s evidence is that the significant increase in traffic movements resulting from the proposed two new substantial dwellings, an estimated increase of some 75 vehicle movements per week, and from the construction traffic during their development, an estimated 100 to 150 vehicle movements per week, would have a profoundly negative impact on the living conditions at her home,” said her barrister.
“The driveway is single track with limited width, being 2.76 metres at its narrowest point as measured across the tarmac surface by the claimant. It has no passing places.
“There are blind spots along its route in relation to people or vehicles on, and coming from, the Farmhouse courtyard and front garden.”
He said the drive runs past her home, through her courtyard and provides her access to a right of way she enjoys over the barn coversion site to fields.
“The use of the farmhouse right of way to access the fields to the north, which is frequently used with horses, is and would be adversely affected by increased or significant vehicle movements,” he continued.
“Damages would not be an adequate remedy for the claimant. [The house] is her ‘forever home’, as she describes it, for her and her family, which the development puts in jeopardy.”
Mr Clegg said the barns and farmyard were “redundant and almost unused” when Mrs Bucknell bought the house and that even in 1972 when the right of way was granted hardly any heavy traffic passed over it.
He described the use of the driveway by heavy construction traffic and thereafter cars for two new houses as “a radical change” in the envisioned use of the right of way.
“Farmhouse includes a dwelling house, stables and other land. It is the claimant’s home where she lives with her family. It is situated in a rural setting and locality of a quiet and secluded nature.
“Preventing the development’s use of the driveway is what she wants and hopes to achieve by these proceedings, preserving her ‘forever home’ for herself and her family,” he told the judge.
But Mr Isaac argued that the build should be allowed to proceed with use of the drive.
“This case concerns a right of way expressly granted at all times and for all purposes in a conveyance to Colin and Ivor Stoneham, dated 29 September 1972,” he told the judge.
He pointed out the character of the village has changed over the years, telling the judge that “a saxophonist rather than a pig farmer” now lives in one of the old agricultural holdings.
He claimed that the impact of construction traffic on Ms Bucknell’s house had been recorded as being “significantly under one journey per day for the construction of the two houses. The maximum was five in a day”.
“How does that amount to a serious loss of amenity for Mrs Bucknell?” he asked.
“The worst case scenario is that now and again a large vehicle is going to be in the driveway for maybe five minutes and that Mrs Bucknell might have to wait five minutes to use the driveway once in a blue moon,” he said.
He told the judge that the build involved “a relatively tiny number of heavy large loud dirty vehicles” passing over the drive.
“The claimant was catastrophising this build,” he added.
“The experts agree that there is no difference in terms of traffic between agricultural use as a yard or with the two houses, the only difference being that there are less HGVs.”

Denying claims that traffic would damage the road, he added: “The potential life of the road pavement would be extended by the change to residential use.”
The judge has now reserved his decision on the case to be given at later date.

How to claim mileage deductions on 2022 tax returns