THIS is the moment Vladimir Putin appears to wheeze and gasp through a meeting with grieving mums whose children were killed in Ukraine.
Russia’s president – who is reportedly “critically ill” – met with a carefully selected group of parents as he sat down with them to have tea, cakes and fresh berries. 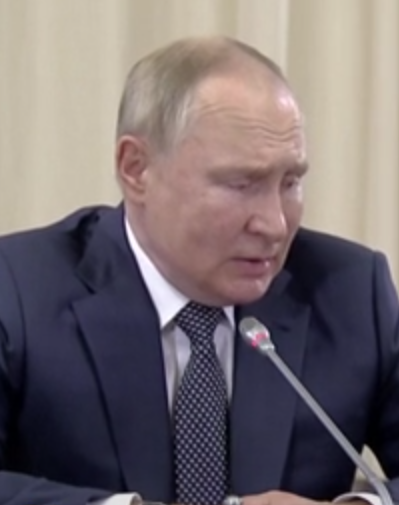 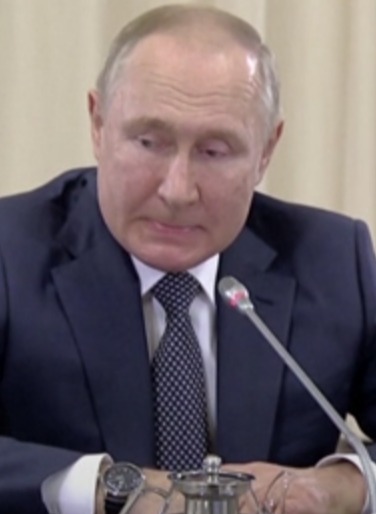 6Russia’s leader appeared uncomfortable at the stage managed meetingPutin appeared physically uncomfortable and breathless as he spoke – stopping to clear his throat on multi occasions and struggling with his words.
“I would like you to know that, that I personally, and the whole leadership of the country – we share your pain,” Vlad told the women in at a meeting at his official residence.
“We understand that nothing can replace the loss of a son – especially for a mother…we share this pain.”
Furious mums and wives raged at the “shame” of how Putin avoided them and their complaints about using their men as cannon fodder.

Rumours around Putin’s health continue to swirl after this week he was pictures with a discoloured hand while meeting with his counterpart from Cuba.
He appeared shakey, unsteady and was seen gripping his chair amid rumours he is suffering from cancer and Parkinson’s.
It follows claims by senior Ukrainian figures that Putin fears he will be killed if he loses the war in Ukraine, and so is “fighting for his life”.
And secret spy documents revealed by The Sun Online showed fears for Vlad’s health as the tyrant turned 70 last month.

Putin put on a brave face as he met with the mums and wives – but the meeting, like most of Putin’s appearances, was carefully stage managed.
Putin’s officials vetoed him meeting mothers wanting to voice fury about the way their men have been put in harm’s way by his shambolic mobilisation.
It is not clear that he met the mother of any Russian soldiers killed or maimed in Ukraine, a figure said by the US to exceed 100,000.
Russian journalists quickly identified some of the women handpicked to meet Putin as known loyalists.
Ironically Putin told the 17 “mothers” to beware of “fakes, deception, lies” on the web about his war in Ukraine.
“You can’t trust anything” on the internet about the conflict, he said.
It is a shame to look at this staged meetingDmitry Shkrebets
The women appeared happy if not overwhelmed to meet him and all 17 eagerly posed for a group picture with him.
Yet his own meeting was hailed a shameful deception by angry mothers with real complaints about the war that were unvoiced in his pre-recorded televised meeting with “mothers”.
Abbas Galyamov, political analyst and former Putin speech writer, said: “This is, obviously, a shame.”
This was echoed by the father Dmitry Shkrebets of a lost conscript sailor on the Moskva flagship sunk by Ukrainian missed.
“It is a shame to look at this staged meeting,” he said.
Unlike others he has met recently, Putin did not social distance, raising the question whether the women had been in quarantine ahead of meeting with him. 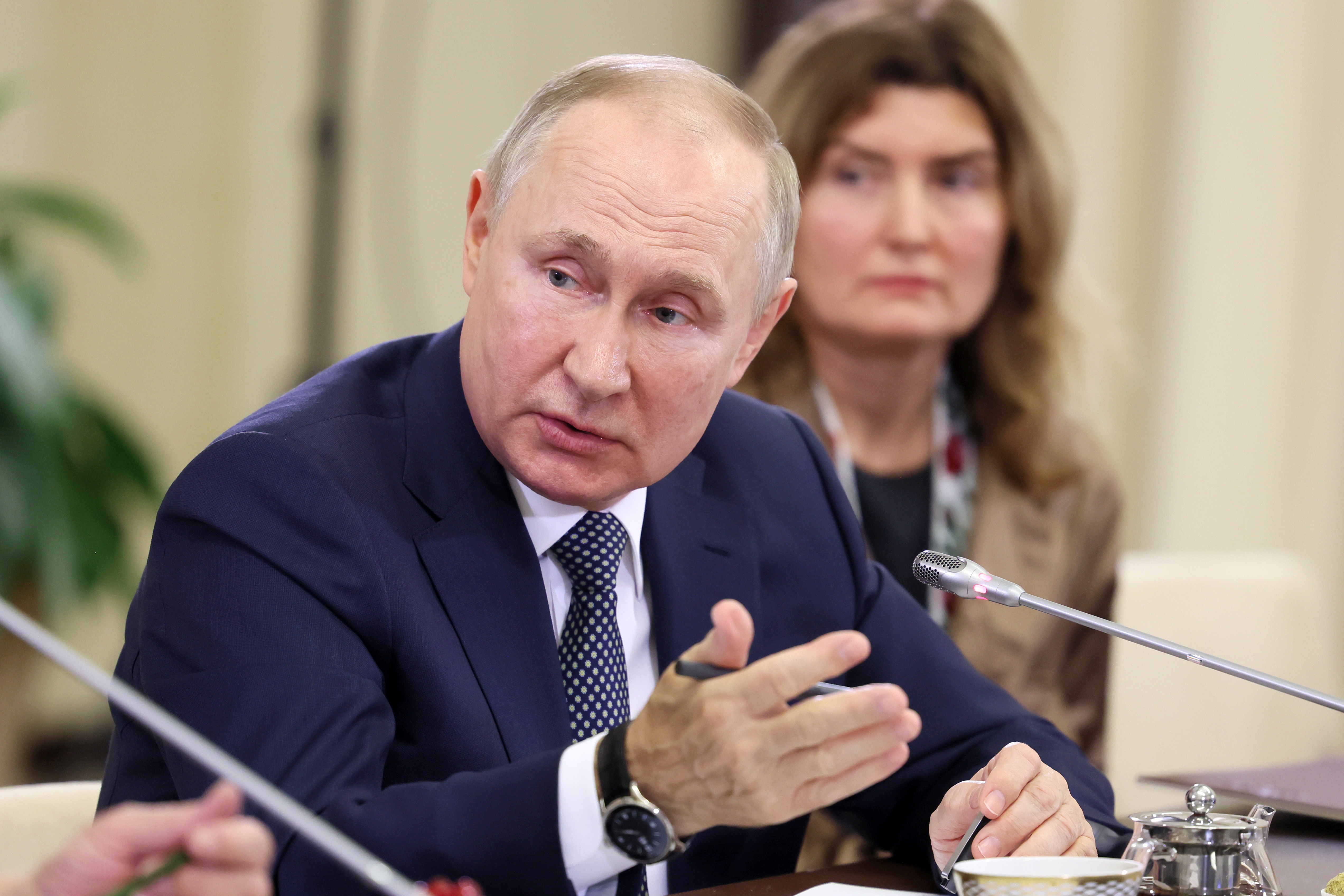 6Putin met with mums of soldiers killed or hurt in UkraineCredit: EPA

6Putin poses with the mothers at his official residenceCredit: AP 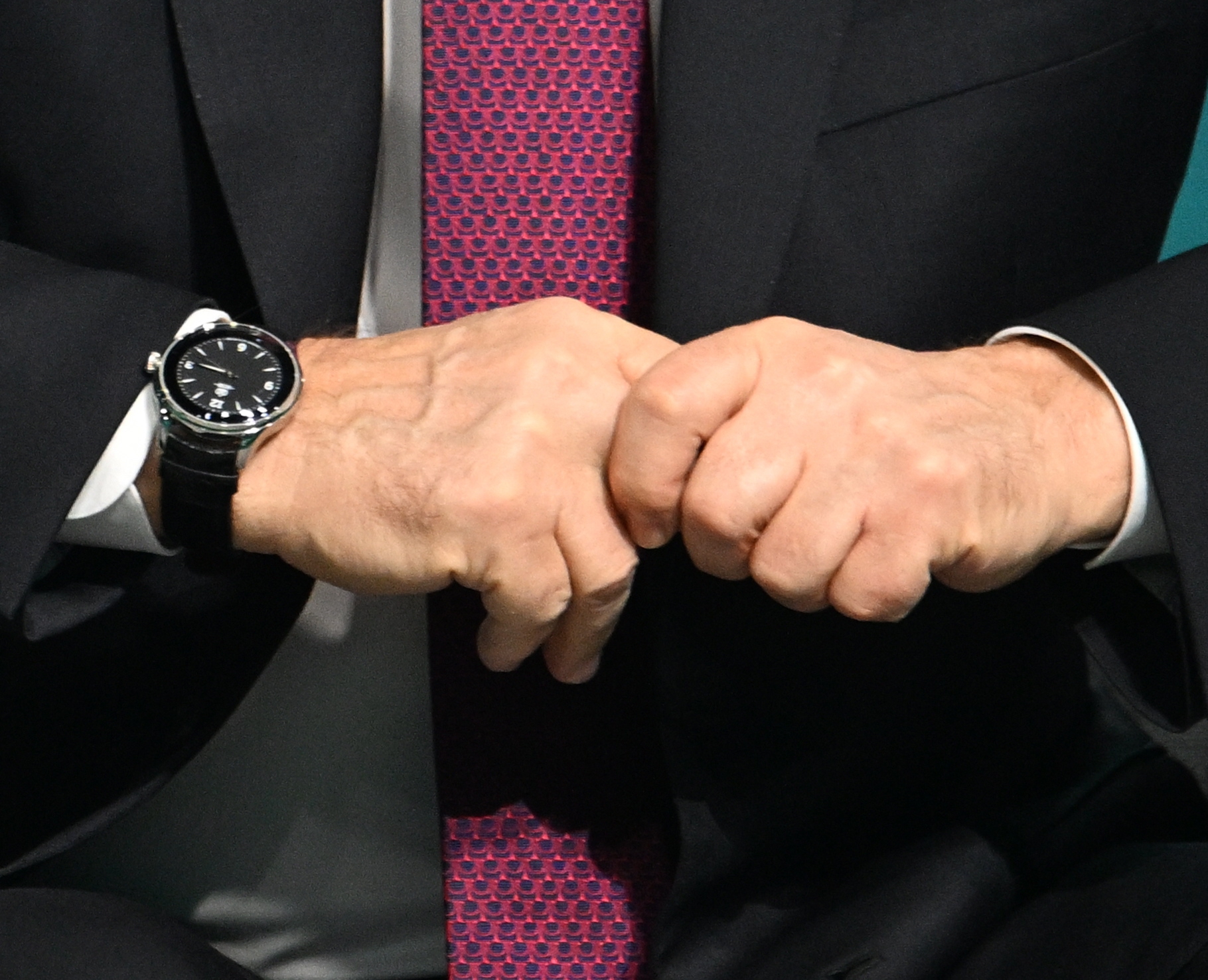 6Photos showing a close up of Putin’s hands – which appear to be veiny, but not purpleCredit: EPAIt is unclear what was said at a closed session of the tea and cakes session, but no critical comments from any of the attending mothers by state TV.
Yet ahead of the session one woman Olga Tsukanova, 46, from Samara, whose son, 20, is lost after being mobilised, had taunted the dictator: “Vladimir Vladimirovich [Putin], are you a man or what?”
She was refused a plea to join the session.
In a sign of rising opposition to his war and rumoured new round of mobilisation, Tsukanova, head of the Council of Mothers and Wives, had asked: “Do you have enough courage to look into our eyes — openly, in a meeting with women who weren’t hand-picked for you…?
“Women who aren’t in your pocket, but real mothers who have travelled here from different cities at their own expense, to meet with you?
“We are here, in Moscow, and we are ready to meet with you.
“We expect an answer from you.
“Are you going to keep hiding from us?”
She and her council were excluded from the Putin’s meeting – amid growing anger in Russia.
Putin had foolishly expected to steamroller Ukraine and for his soldiers to be welcomed as “liberators” – but they have faced a fierce fightback.
Cities and regions seized at the start of the war at the end of February are now being retaken by the Ukrainians.
The West is heavily supporting Kyiv – loading them up with the weapons they need to defeat Russia.
Putin’s future is now seen by many to be tied to the war – especially as he officially annexed parts of eastern Ukraine.

Kherson’s liberation now opens the gateway to Crimea, the territory illegally seized by Russia in 2014.
The return of the peninsula to Ukrainian hands would be an unprecedented failure for Putin. 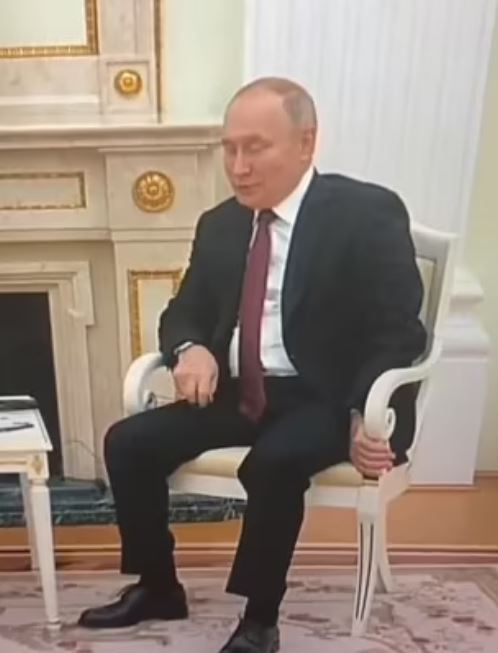 6Putin’s hand appeared purple as he gripped his chair and fidgeted at a meeting on Wednesday
Story Credit: thesun.co.uk