STORM Claudio is set to batter the UK with 70mph winds overnight bringing travel chaos after heavy downpours.
The Met Office has yellow weather warnings in place which will last until Wednesday. 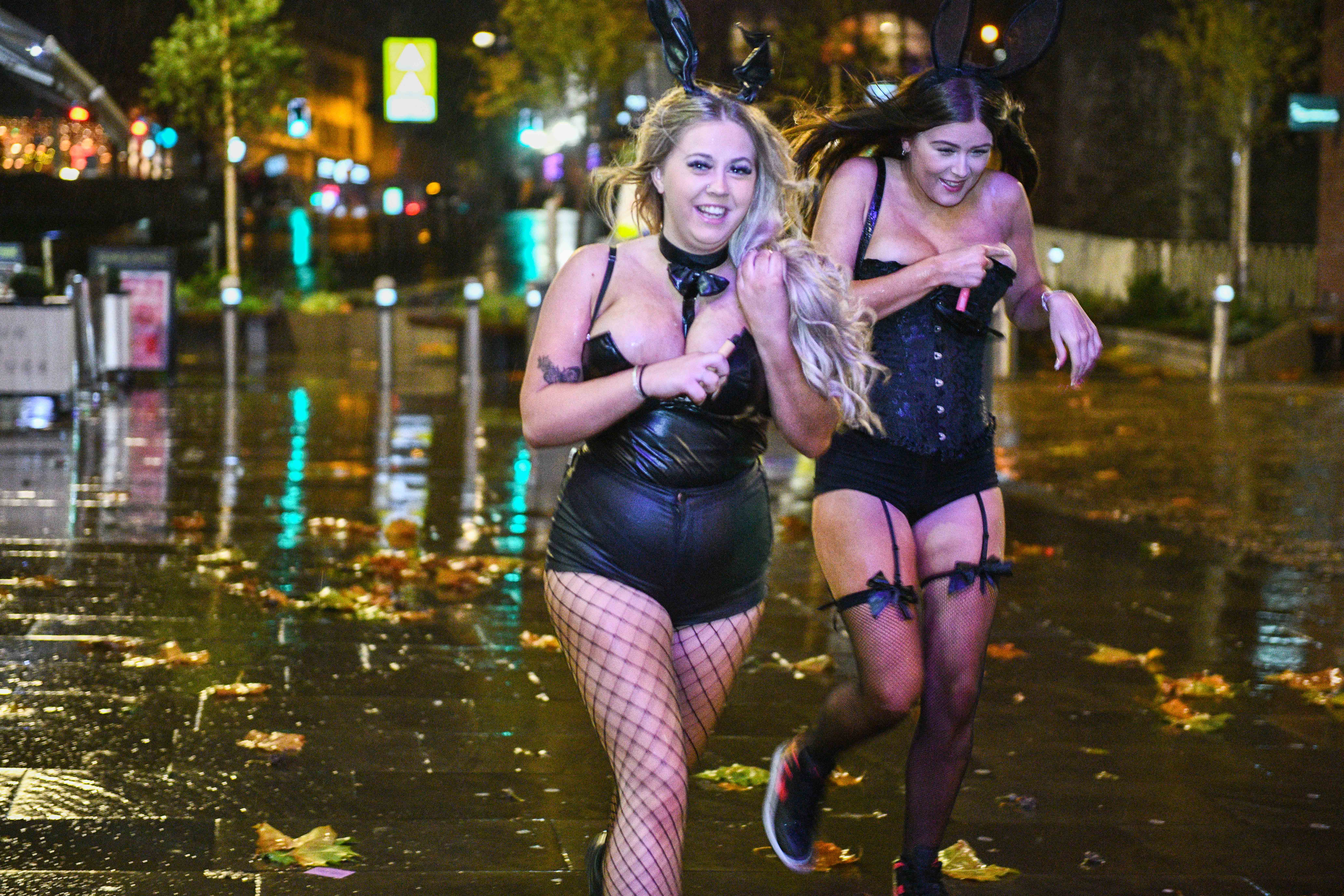 6Two girls run through the heavy rain as people head out in Swansea to celebrate HalloweenCredit: Robert Melen 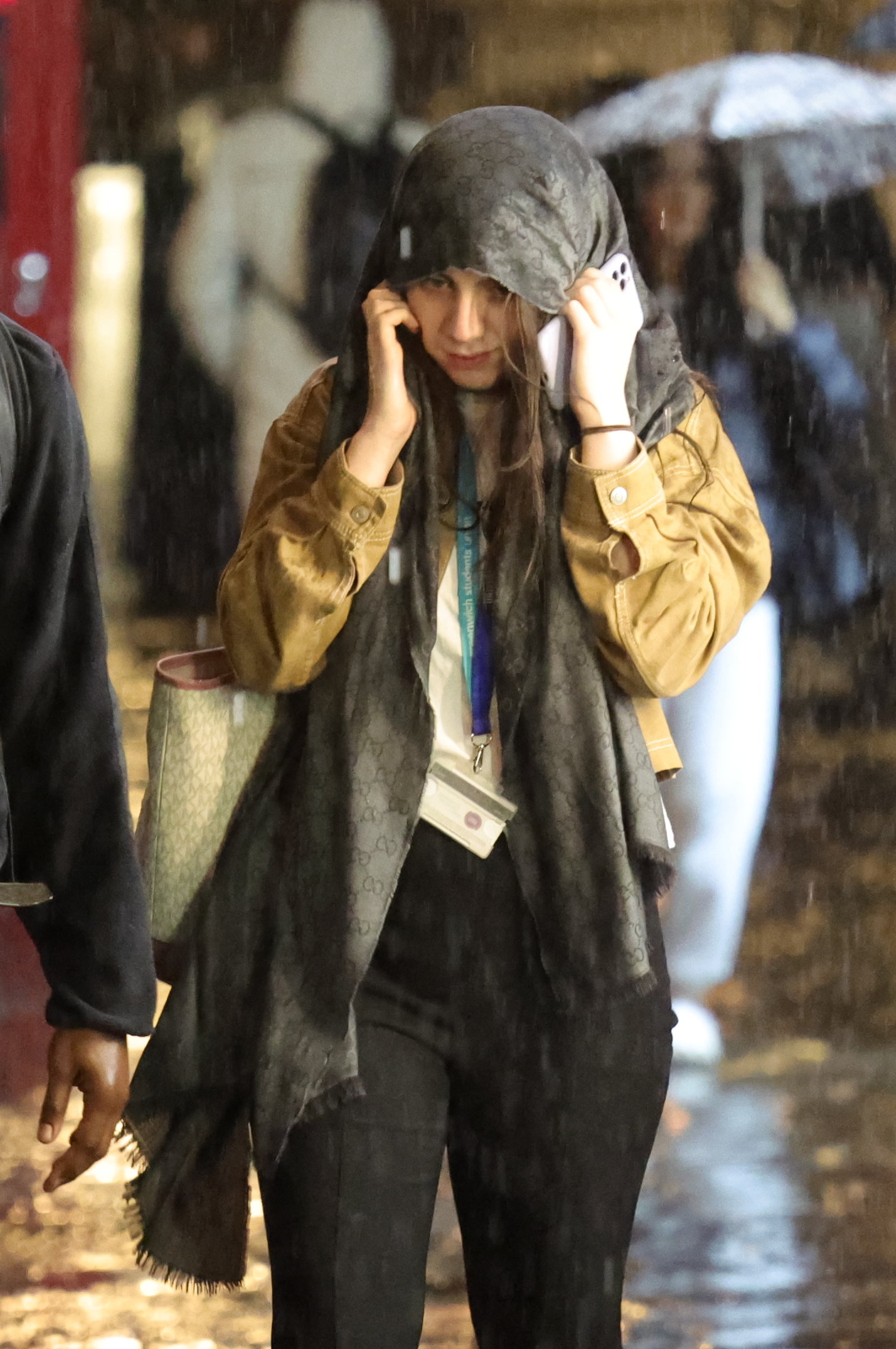 6A woman covers her head from the pouring rain while out in GreenwichCredit: LNP 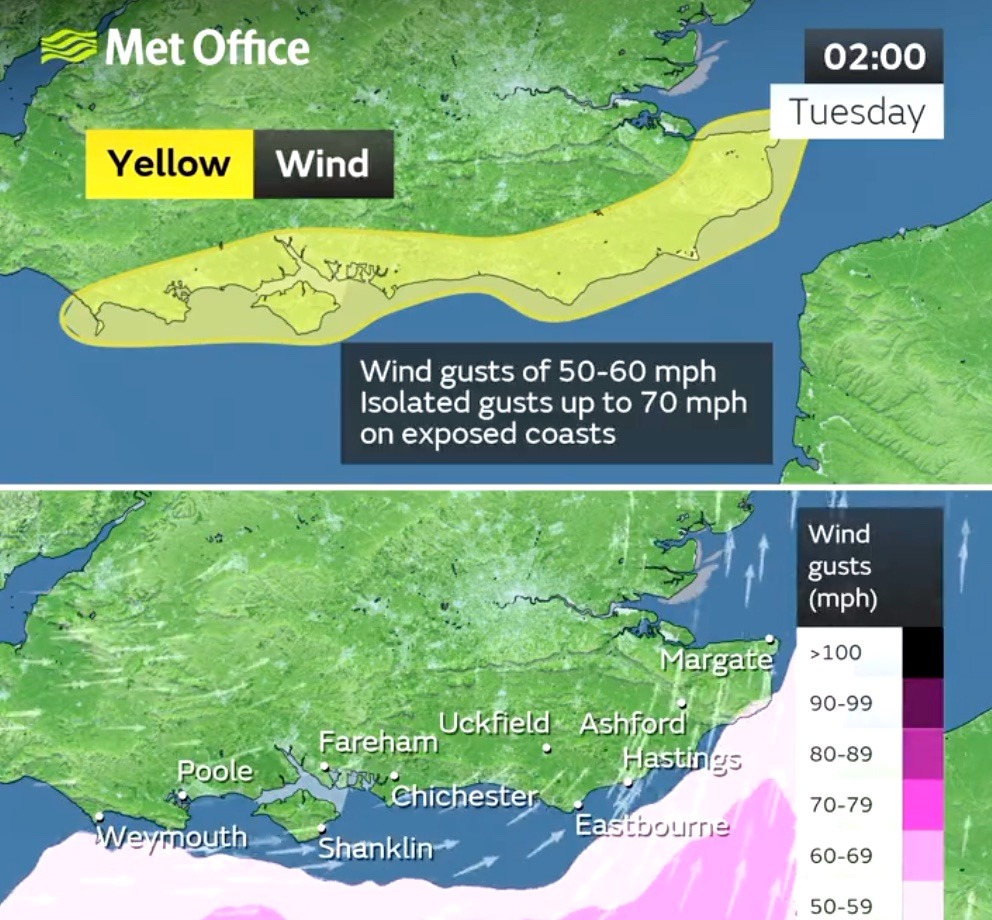 6The Met Office has a yellow weather warning for strong winds in place along the southern coast of EnglandCredit: Met Office 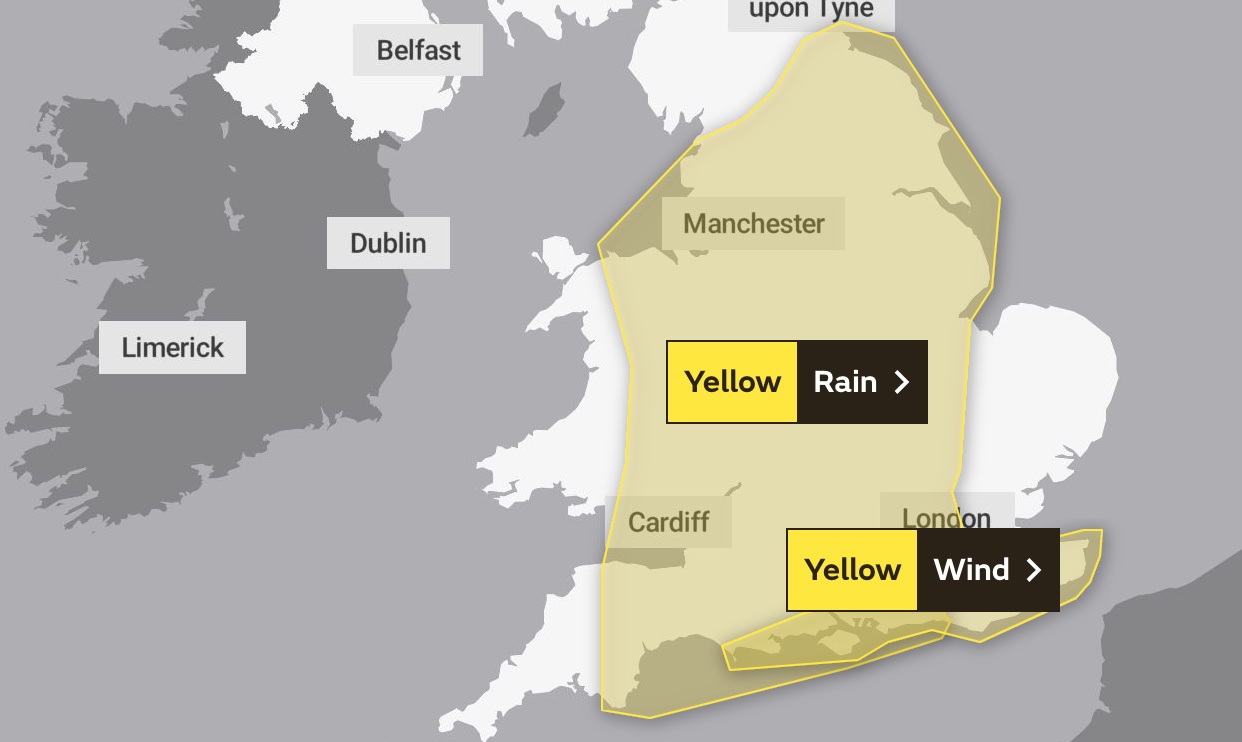 6The rain is due to spread across most of England and Wales on TuesdayCredit: Met OfficeThis evening, Storm Claudio will give southern Britain a glancing blow along southern coastal areas stretching from Weymouth to Margate.
Those areas can expect to see wind speeds of more than 70mph at times.
Most parts of England and Wales will be affected by the wet conditions into the early hours of Tuesday as the rain continues a gradual move to the north-east through the night.
Met Office Chief Meteorologist Neil Armstrong said: “The biggest impacts from Storm Claudio are expected in northern France, which is why is has been named as a system by Météo-France. 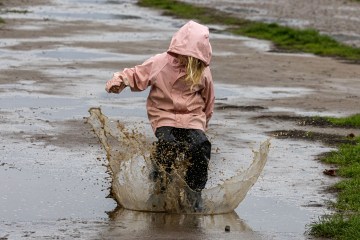 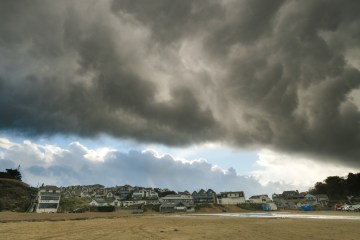 “What it means for us in the UK is for some high winds to be possible along much of the southern coast of England.
“Some isolated and especially exposed coastal areas could see gusts in excess of 70mph, while much of the warning area will see gusts of between 50 and 60mph.”
Showery conditions will continue into Tuesday with Wales and areas in southern and central England likely to see the most frequent of showers.
Miserable conditions are also forecast to last into Wednesday as well as low pressure moves in from the west bringing wind and rain for many.

Winds are likely to be strongest along Irish Sea coastal areas, including western Wales, northwest England and southwest Scotland, as well as the east coast of Northern Ireland.
Deputy Chief Meteorologist Steven Keates said: “Within the warning area, gusts are expected of between 55 and 65mph.

“This is associated with low pressure moving towards the northwest of the UK, which is bringing with it some heavy rain on Wednesday, especially across parts of southwest Scotland, Cumbria and western Wales, although much of the UK will see some rain through the day.
“In addition to high winds in the warning area, many parts of the UK will experience strong and gusty winds, at least for a time, during Wednesday.” 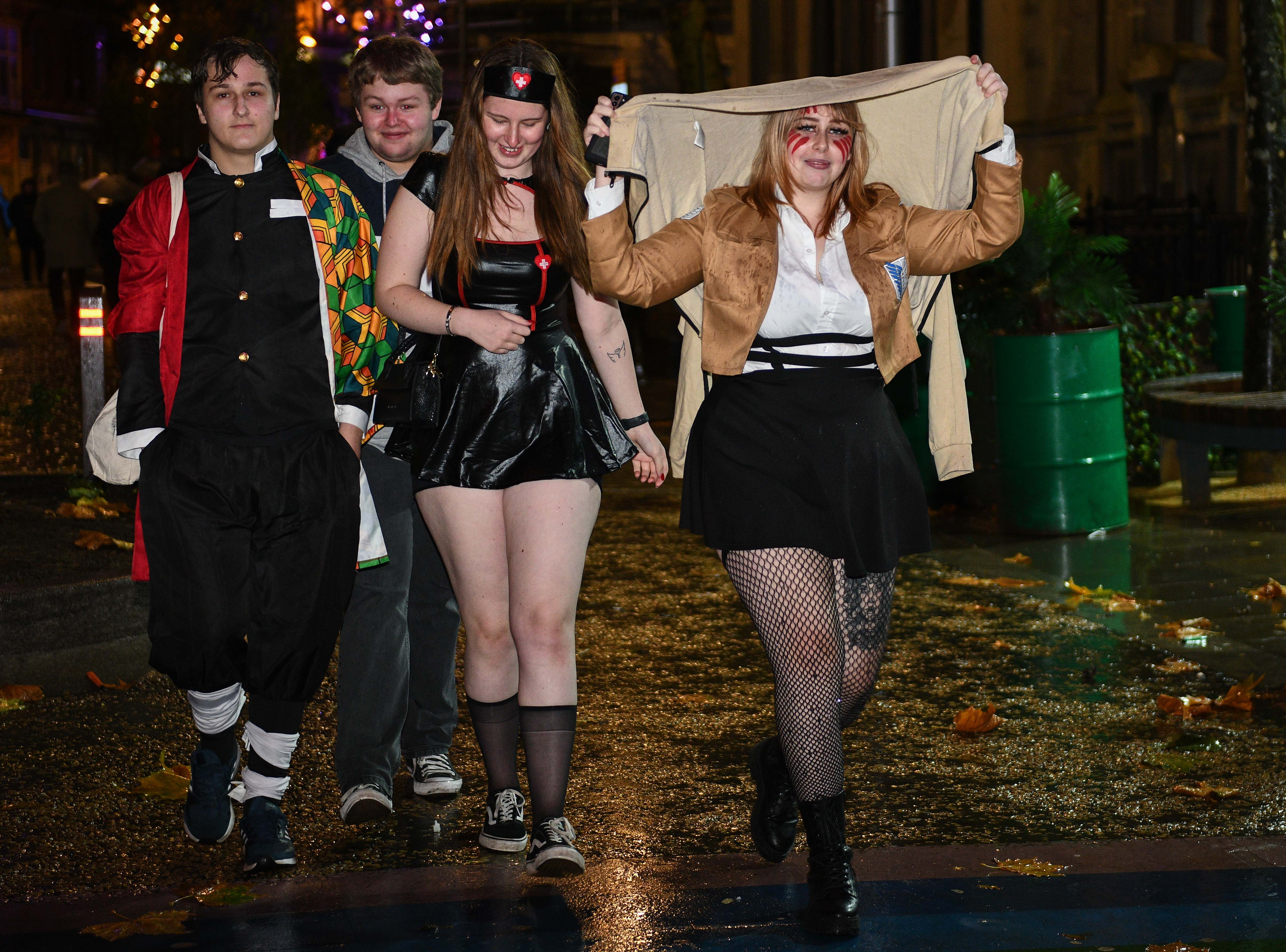 6These revellers make the best of the wet conditions as they head out on Halloween in SwanseaCredit: Robert Melen 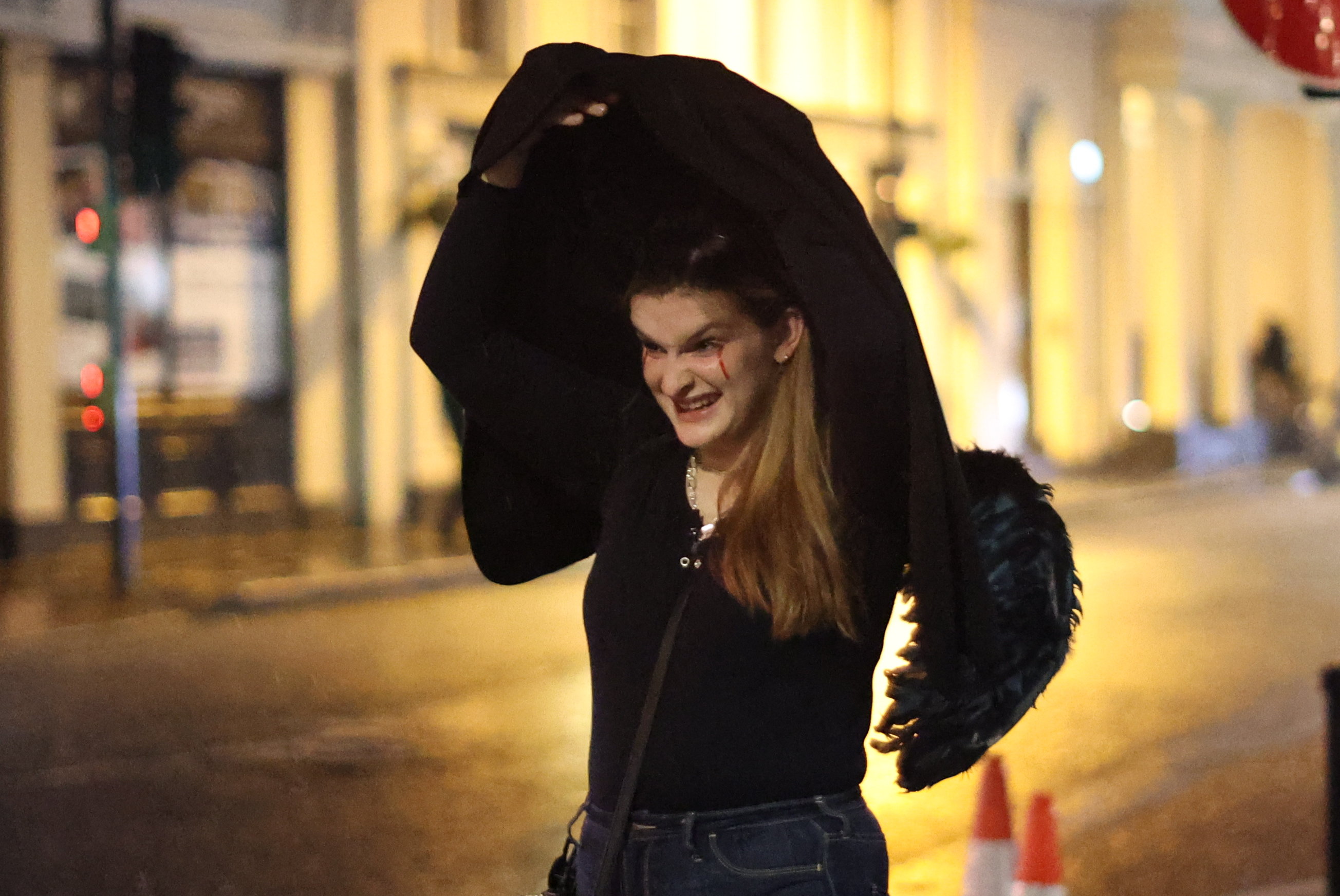 6A woman uses her jacket to shelter from the rain in GreenwichCredit: LNP
Story Credit: thesun.co.uk

Auckland’s state of emergency extended for another week