MAUNA Loa, the world’s largest active volcano, has erupted for the first time in 38 years.
The flare-up comes after it had reportedly been in a state of “heightened arrest” since September. 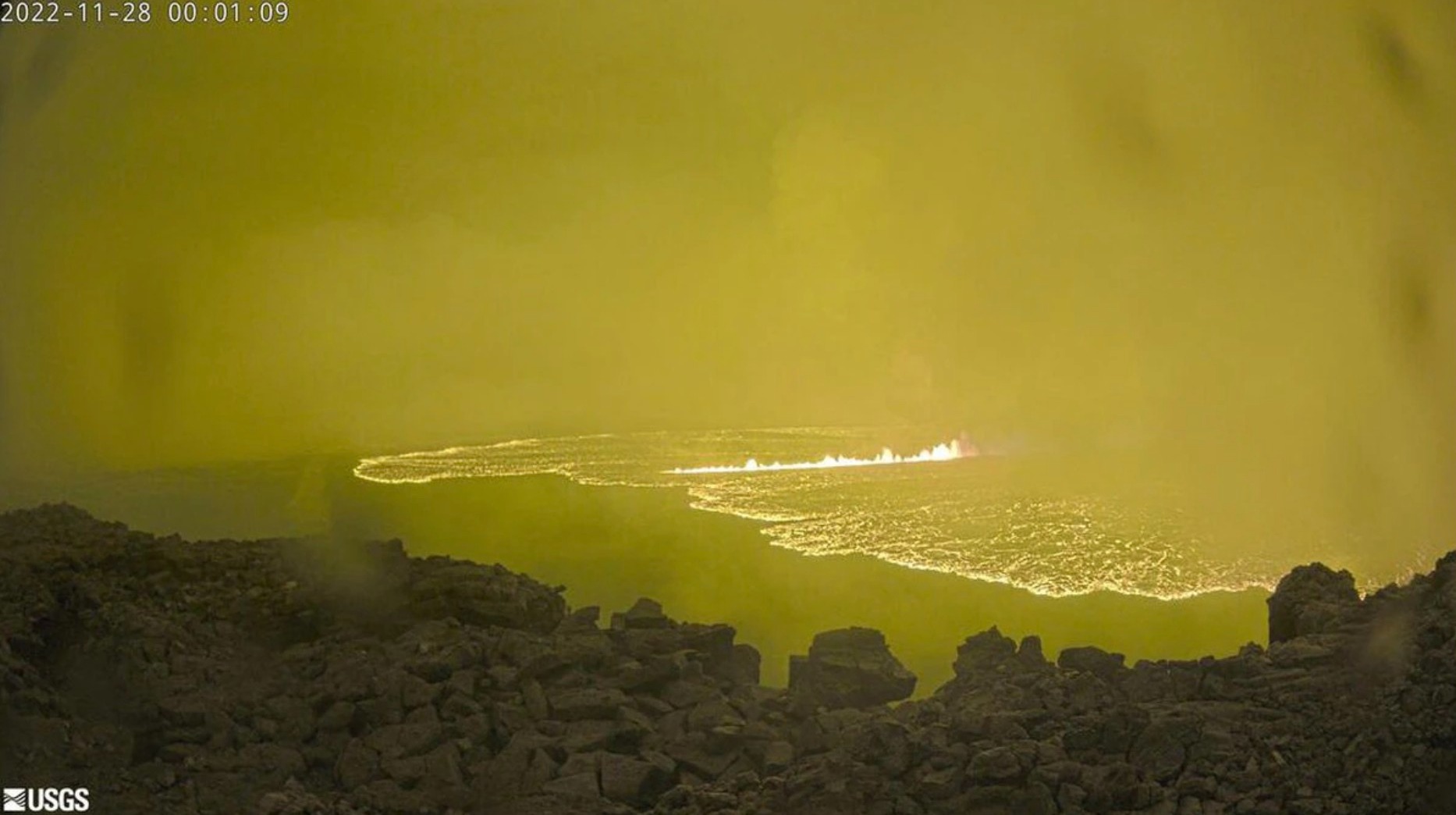 2Mauna Loa has erupted for the first time in 38 yearsCredit: USGS

2The volcano alert level has been upgraded from ‘advisory’ to a ‘warning’ following the activityCredit: USGSDramatic US Geological Survey footage has captured lava flows spewing at the northwest rim of the volcano.
It comes more than 38 years after the volcano last erupted.
The volcano alert level has since been upgraded from “advisory” to a “warning”.
Officials have said that the eruption isn’t likely to threaten communities at this stage.
But, they warned: “Based on past events, the early stages of a Mauna Loa eruption can be very dynamic and the location and advance of lava flows can change rapidly.
“If the eruption remains in Moku’āweoweo, lava flows will most likely be confined within the caldera walls.
“However, if the eruptive vents migrate outside its walls, lava flows may move rapidly downslope.”
There is a risk that wind could carry volcanic gases and ash.
Officials have not yet requested any evacuations but locals are being urged to review preparedness plans, according to Hawaii News Now.
Authorities previously told residents to plan for the worst, including preparing a “go” bag with food and water, deciding on a safe place to take shelter, and meeting up with close ones.

The administrator for Hawaii County Civil Defense, Talmadge Magno, meanwhile, told families to remain vigilant.
He said: “Not to panic everybody, but they have to be aware of that you live on the slopes of Mauna Loa. There’s a potential for some kind of lava disaster.”
Resident Laura Roberts told Newsweek: “Here in Ocean View, [Mauna Loa’s] lava could reach the ocean in less than three hours and our homes faster than that.
“We are on the rift zone so fissures could open [here]. It’s a weird feeling to know that there is a possibility of losing your home.”
Mauna Loa is a shield volcano and has relatively gentle slopes.
When the volcano, which sits at 13,679 ft (4,169m) above sea level, erupted in 1950, it took just three hours for the lava to meet the Kona Coast about 30 miles away.

Share
Facebook
Twitter
Pinterest
WhatsApp
Previous article
WHO announces term ‘mpox’ as new name for monkeypox, which will be phased out over the next year
Next article
150+ deals to shop to save big
RELATED ARTICLES
UK News