HomeUK NewsMan arrested over 'murder' of Scot who was fatally shot in St...
UK News

COPS have arrested man in connection with the alleged murder of a Scot on a paradise island, we can reveal.
The suspect in his 30s was taken into police custody four days after Donnie McKinnon, 48, was fatally shot at a bar in St Lucia. 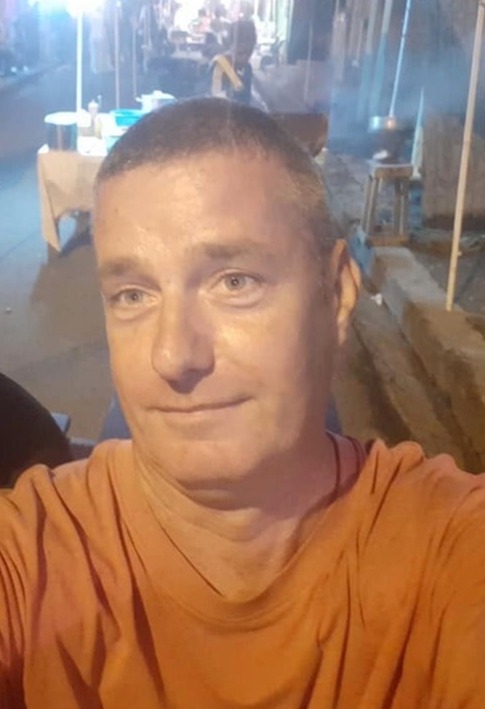 1Donnie McKinnon, 48, was fatally shot at a barSources say detectives probing the Caribbean horror swooped at an address in Soufriere close to Steve’s Bar where the estate manager died.
An island source said: “The police have detained a man believed to be in his 30s and are questioning him in connection with the murder of the British man who was killed over the weekend.
“The police are working on intelligence gathered over the last few days and have been speaking to people in the area where the shooting took place.”
Shocked locals told of seeing officers arrest a man who, they say, was led away without force on Wednesday afternoon.

A resident, who witnessed the moment, said: “The police did not say much and the suspect was cooperative and went willingly.
“He did not resist arrest. He is in the police station answering questions.”
The arrest comes after investigators quizzed Donnie’s former colleagues at the Soufriere Estate amid claims of workplace unrest.
A source said: “They are looking at the possibility that this could have been carried out by a disgruntled employee.

“The police are checking to see who was fired within the last month or so.”
We told how Donnie, originally from Fort William, Invernesshire, was shot by two masked men while at the boozer with photographer pal Peter Jackson, 72, who survived.
An ex-employee questioned by police said: “I told him that Donnie was an affable man and I was happy to work for him on the estate.
“ I loved his Scottish accent as it was so unusual.
“I am baffled as to why he was killed. I feel sorry for his family.”
The killing is the latest in an alarming number of gun-related crimes on the Caribbean isle where Donnie lived.
Local politician Emma Hippolyte MP urged locals to help cops during a public address in the wake of the tragedy.
She said: “So I am asking everybody – because some of you will have information – to co-operate with the police so that we can put an end to some of the things that are happening to us.
“We can not behave like it is not our business – it is our business.”
Another Government senator Dr Allison Jean also spoke out about the rise in gun violence across the island.
Responding to claims the Caribbean country was a “failed state”, she said: “I don’t know if to go as far as saying it’s a failed state, but certainly there seems to be anarchy, some semblance of anarchy in our country.”
On Wednesday night another man was gunned down on the troubled island in an unrelated shooting, according to local reports.
The victim sustained “multiple gunshot injuries” near his home in the Dennery region after a midnight attack by a “masked shooter”.
We told how Donnie and Peter were citizens of the tiny island nation, which has a population of less than 200,000 but has recorded 67 homicides this year.
Cops have not issued an official statement but a police insider said: “They are optimistic of charging someone soon.

“This crime cannot go unpunished and the police need to send the message out loud and clear.”
We pay for your stories and videos! Do you have a story or video for The Scottish Sun? Email us at scoop@thesun.co.uk or call 0141 420 5200