KANYE West said on Thursday he was handing over this Twitter account to conspiracy theorist Alex Jones, who has remained banned from the platform despite Elon Musk’s takeover.
Shortly after the rapper’s inflammatory appearance on Jones‘ show InfoWars, a tweet allegedly written by Jones was posted to Kanye’s Twitter account. 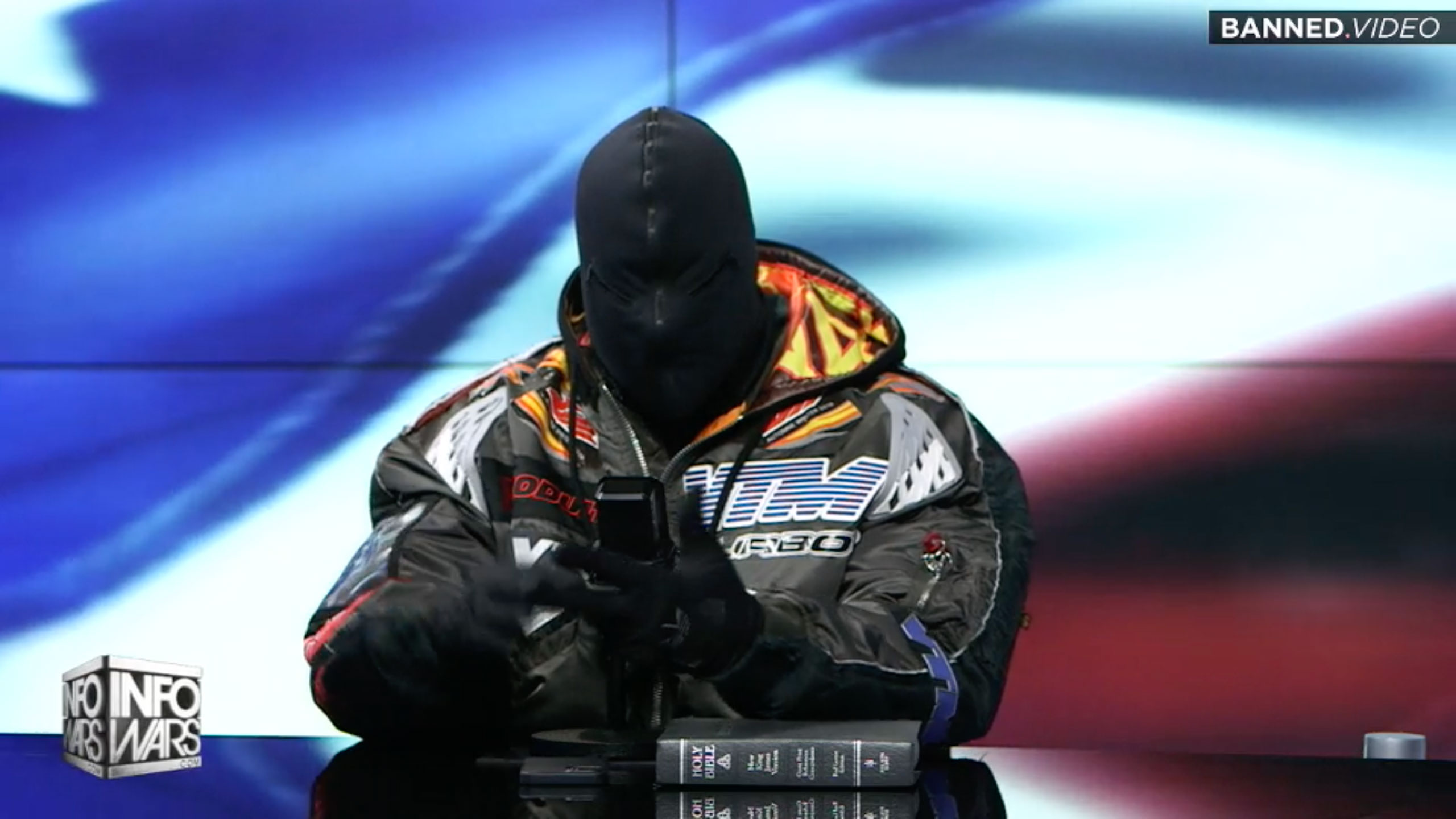 2Kanye West made an inflammatory appearance on InfoWars on ThursdayCredit: INFOWARS 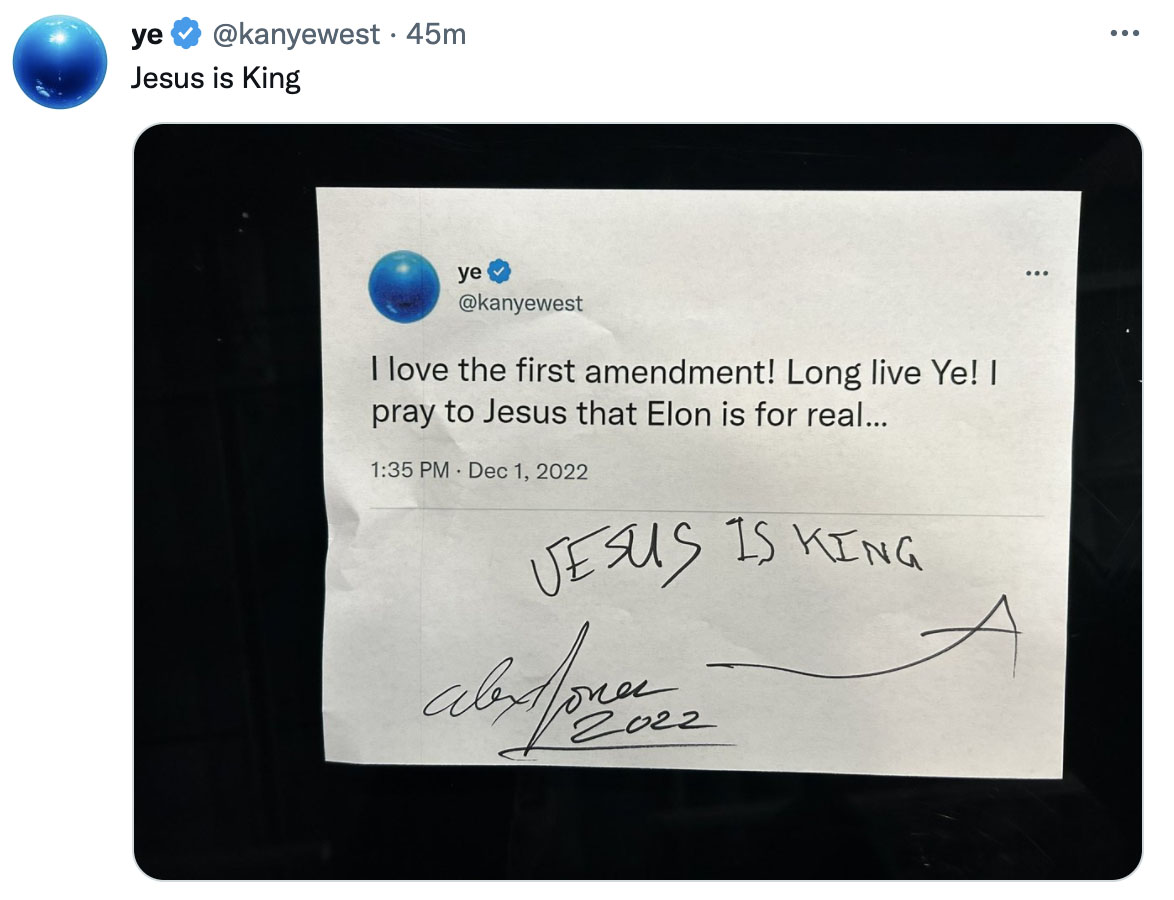 2Kanye West’s chaos continues after the rapper allegedly handed Alex Jones his account despite Elon Musk ban on the Infowars hostCredit: Twitter/Kanye West”I love the first amendment! Long live Ye! I pray to Jesus that Elon is for real,” read the tweet.
The rapper, who now goes by Ye, also said he would hand over his Twitter to Nick Fuentes, who was also banned from the platform for antisemitic and racist rhetoric.
Another tweet posted on Thursday appeared to be written by Fuentes, whose followers call themselves “groypers.”
“Christ is King — America First, GROYPER! – NJF,” read the Tweet.
The disgraced rapper’s continued his hateful anti-Semitic remarks towards the Jewish community on Thursday by seemingly glorifying Hitler and the Nazi Party on Jones’ far-right show.
Kanye, who now goes by Ye, said he would hand over his account to Jones and Fuentes after Musk declared that he would not be reinstating Jones’s account, which was banned in 2018.
While Musk has brought back several banned accounts, including former president Trump’s, the Tesla boss said he could not support Jones’ lies about the Sandy Hook tragedy because of his experience losing a son.
“My firstborn child died in my arms. I felt his last heartbeat,” Musk said. “I have no mercy for anyone who would use the deaths of children for gain, politics or fame.”

Jones, 48, was commanded to stump up a staggering $965million in compensatory damages by a Connecticut jury on Wednesday for peddling lies that the 2012 elementary school shooting was a hoax.
Kanye’s appearance on InfoWars was filled with antisemitism and praise for Adolf Hitler.
“I see good things about Hitler, also. I love everyone, this guy invented highways, the microphone, every human has something of value they brought to the table, especially Hitler,” the shamed rapper said, adding, “Also, Hitler was born Christian.”
Ye continued to glorify the ruthless dictator’s party, saying, “They did good things too. We have to stop dissing the Nazis all the time.
“The Jewish media has made us feel like the Nazis and Hitler have never offered anything of value to the world.”
As the interview moved forward, Kanye said he doesn’t like the word “evil” associated with Nazis, adding: “I love Jewish people, but I also love Nazis.
Social media users ripped the once-treasured rapper, calling his comments appalling.
Meanwhile, a spokesperson for conservative social media platform Parler said on Thursday Kanye is no longer buying the company.

“In response to numerous media inquiries, Parlement Technologies would like to confirm that the company has mutually agreed with Ye to terminate the intent of sale of Parler,” the platform said.
“This decision was made in the interest of both parties in mid-November.”