AN ECO zealot who caused mayhem on Britain’s streets boasted about being arrested 22 TIMES, The Sun on Sunday can reveal.
Just Stop Oil ringleader Paul Sheeky gloated about his record of law breaking in a Zoom video workshop.
Later this week, Home Office Minister Chris Philp will meet with police chiefs to urge them to get tougher with militant protesters. 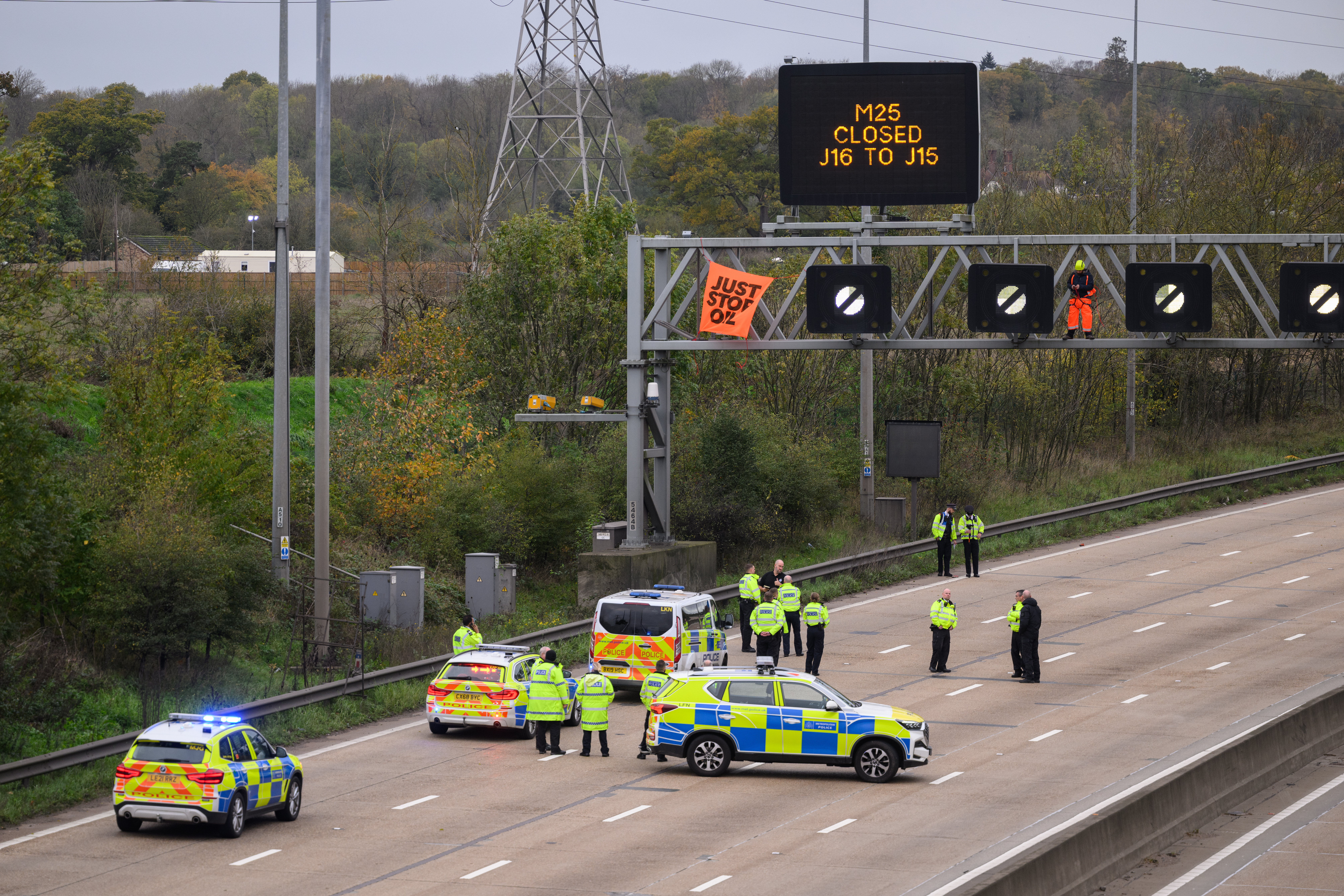 1Police officers attempt to stop an activist as they put up a banner reading “Just Stop Oil” atop an electronic traffic sign along M25 on November 10, 2022Writing in today’s Sun on Sunday, he warned:  “We cannot be held to ransom by eco zealots, like Just Stop Oil and Extinction Rebellion.
“There is no excuse for gluing yourself to roads or trains, vandalising property, digging illegal tunnels, or making someone miss his father’s funeral.
“It is wrong to block ambulances, fire engines, or cars carrying babies to hospital.”
He added that “police also have a responsibility to use the powers they have to clampdown on those causing havoc”.
In a video uncovered by The Sun on Sunday, Sheeky boasts about his record of law-breaking.
In the clip – taken from a zoom tutorial he was doing for fellow militant activists, he said: “My name is Paul Sheeky, I have been a climate activist since I found out about this stuff for the past couple of years.
“It has become more and more urgent in that time. I have been arrested 22 times – it’s not had a huge effect on my life so far to be honest.”
Paul Stott, Head of Security and Extremism at the Policy Exchange think-tank said it was astonishing repeat offenders were still roaming the streets.
He said: “In order to give the false appearance of being a mass movement, environmental activists are masters at setting up multiple campaign groups.
“The baton may be passed from Extinction Rebellion to Insulate Britain then to Just Stop Oil and back again to XR – but it is the same people running the race.
“When you look in more detail at some of those individuals, you find examples of people with quite staggering numbers of arrests.
“It is hard to imagine followers of less fashionable causes getting away with so much.”