Just Stop Oil mob are worse than Millwall hooligans. Cops must get tougher before someone gets hurt

ANOTHER day and another chaotic eco protest blocking London’s orbital road, the M25.
Those involved are usually Tarquins or Amelias stopping working-class people getting to jobs or taking kids to school. 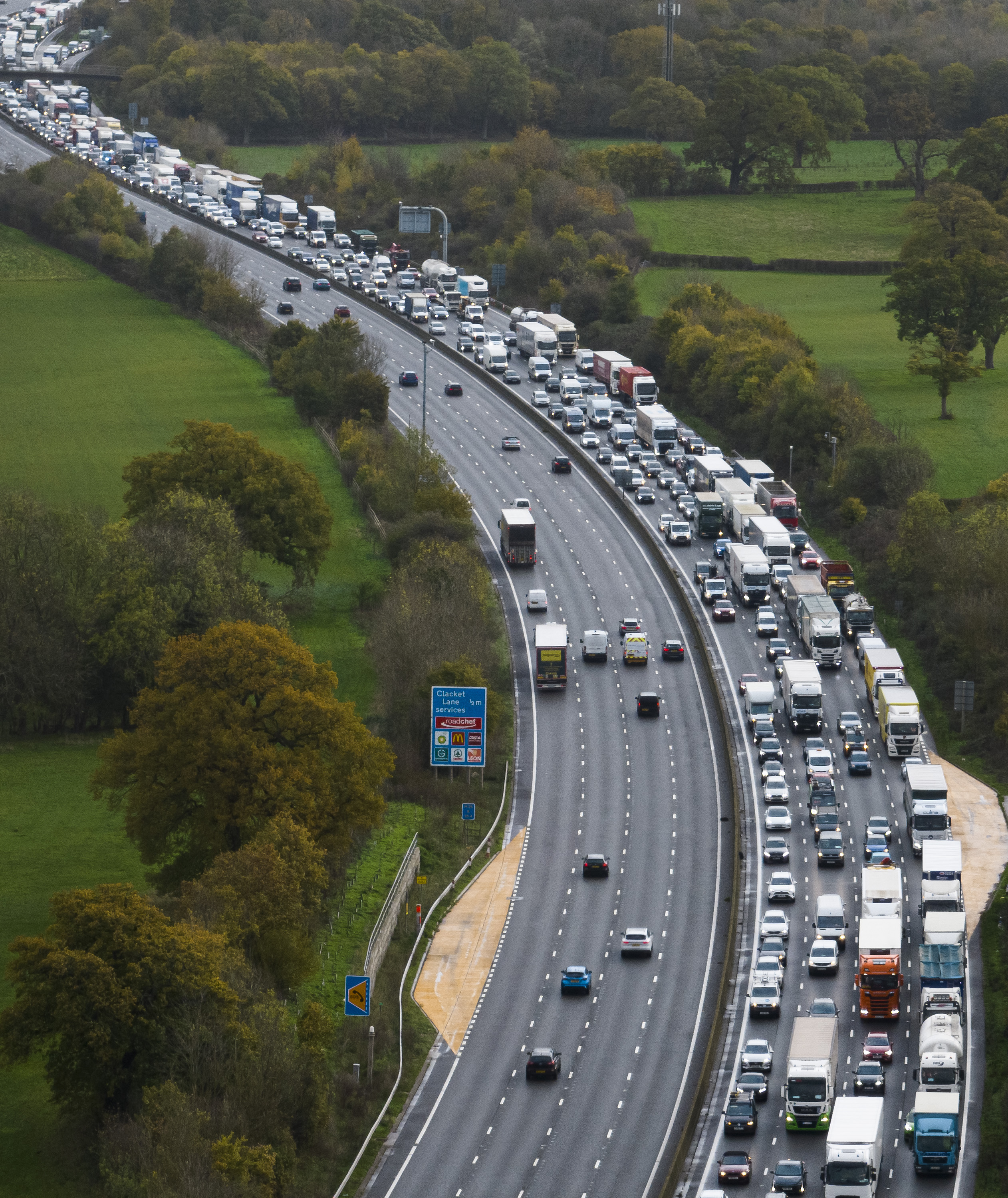 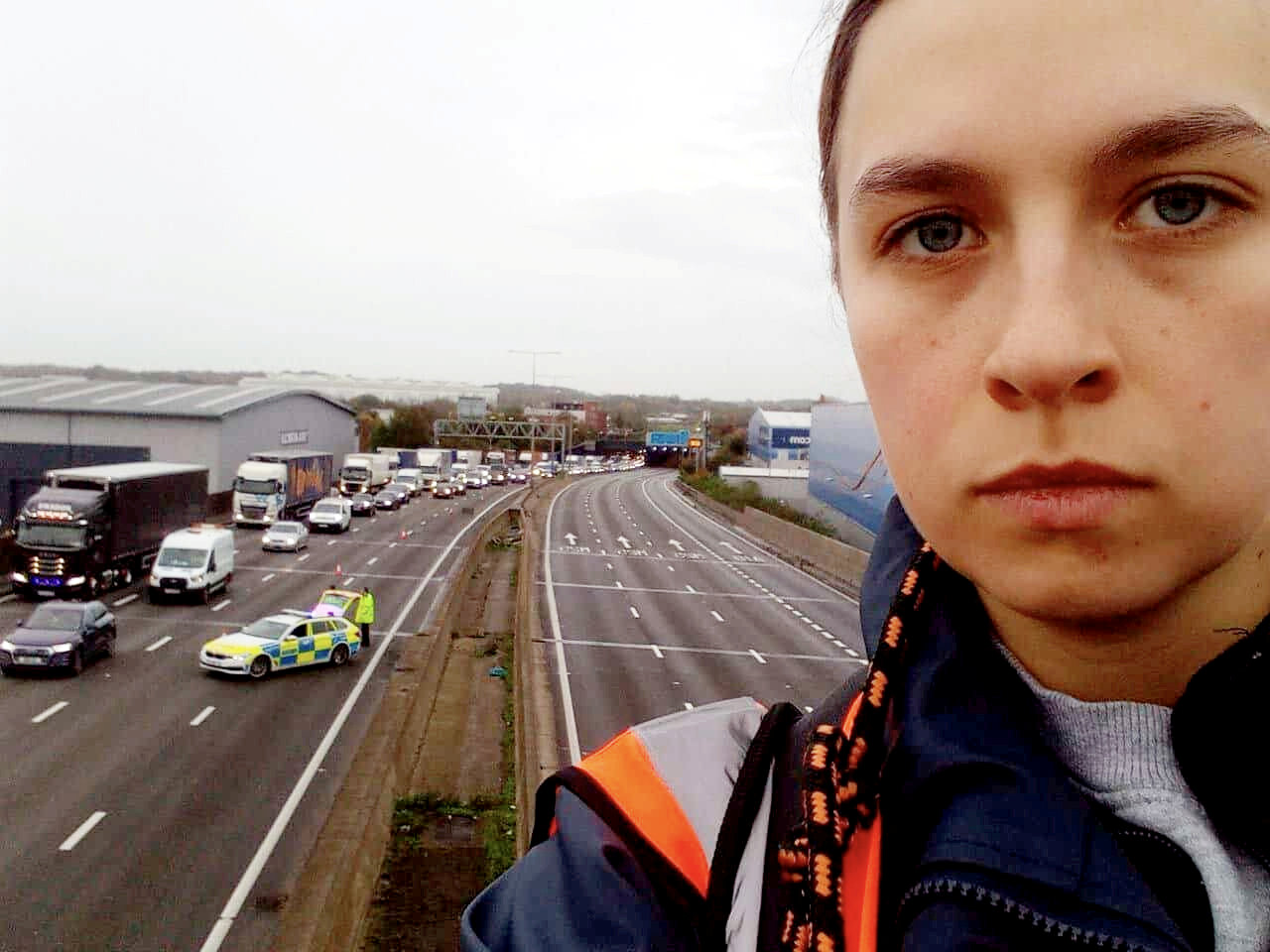 6Those involved are usually Tarquins or Amelias stopping working-class people getting to jobs or taking kids to schoolCredit: SWNSMy worry is that soon a member of the public will take matters into their own hands and seriously injure — or worse — one of the protesters.
I pray this doesn’t happen.
But if it does come to pass then it will be the authorities who are to blame for not tackling the protests firmly enough.
I sense the public are becoming frustrated because the police and courts aren’t taking sufficient action. 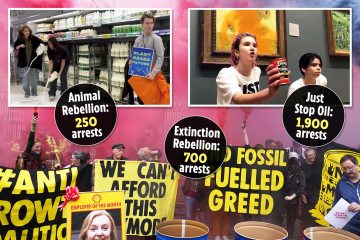 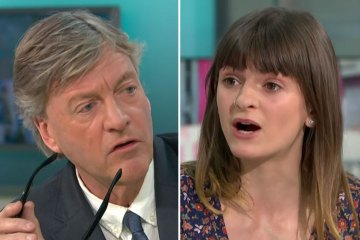 Green direct action groups such as Just Stop Oil have become cult-like.
There seems to be an obsession with the end of the world, like something from the Bible’s Book of Revelation.
Modern Britain seems to have substituted Christianity with the new religion of climate change, and its message that the world’s on fire and we’re all going to die.
They seem obsessed and dangerous, justifying their criminal damage in the same way religious zealots do.

As they become further radicalised, they could turn from wrecking things to planting bombs.
So the forces of law and order need to act now, before this all gets completely out of hand.
I believe one thing preventing a serious clampdown is that many of our senior police officers are now university educated and empathise with this fashionable nonsense.
In the past, officers were often former members of the Armed Forces and they would have taken a stronger line.
Imagine if a bunch of working-class Millwall fans sat in the middle of the road in South London because they wanted to sack their manager.
They would be treated in a much more robust manner.
But things do seem to be changing.
Home Secretary Suella Braverman is talking tough, blaming the “Guardian-reading, tofu-eating wokerati” for the continued disruption.
And she urged police to act more “proactively” in removing eco protesters from roads.
The police are now using conspiracy laws to arrest people, as was the case this week after they were tipped off by The Sun that demonstrations were being planned.
With a potential conspiracy offence you can arrest people before they have committed a crime.
FASHIONABLE NONSENSE
Conspiracy is the agreement to commit a crime between two or more people.
Getting injunctions involves orders against named individuals, which is easily outmanoeuvred by getting someone else to do the protest.
Those convicted of crimes involving direct-action protests should face an appropriate sentence which will act as a deterrent.
I also believe police have been over-reading the law.
The Supreme Court ruled in 2021 that activists obstructing roads should not be convicted if it was judged to be a “disproportionate interference” with their human right to protest.
It’s known as the Ziegler case, and I think police have become far too wary of arresting people as a result of it.
When you are lying across a highway, there is no time for a debate with police officers.
The police should arrest these people and if they want to argue they had a reasonable excuse to protest, then they can argue that in court and a decision can be made.
It’s a case of clearing that road for the sake of the general public, with the courts deciding at a later date on the legality of it.
There is a real difference between reasonable grounds to make an arrest and the court’s “beyond reasonable doubt” which they need to secure a conviction.
There is a halfway house. We don’t want to live in North Korea.
If people want to march outside the Houses of Parliament and lobby their MPs, or gather in Hyde Park for speeches, then I think most people will say we must live in a society where that should be allowed to happen.
But I don’t think they want to live in a society where people suddenly block the road. It achieves nothing but losing support for the protesters’ cause.
Every time they do something stupid, I believe their support ebbs away.
Most people caught up in the protests are trying to get on with their lives during a cost-of-living crisis.
They need to get to work and get to school.

Police cars, fire engines and ambulances need to get to emergencies.
The public have had enough — and it’s time for our police and our judicial system to get tough.
Mick Neville is an ex Met Police Detective Chief Inspector. 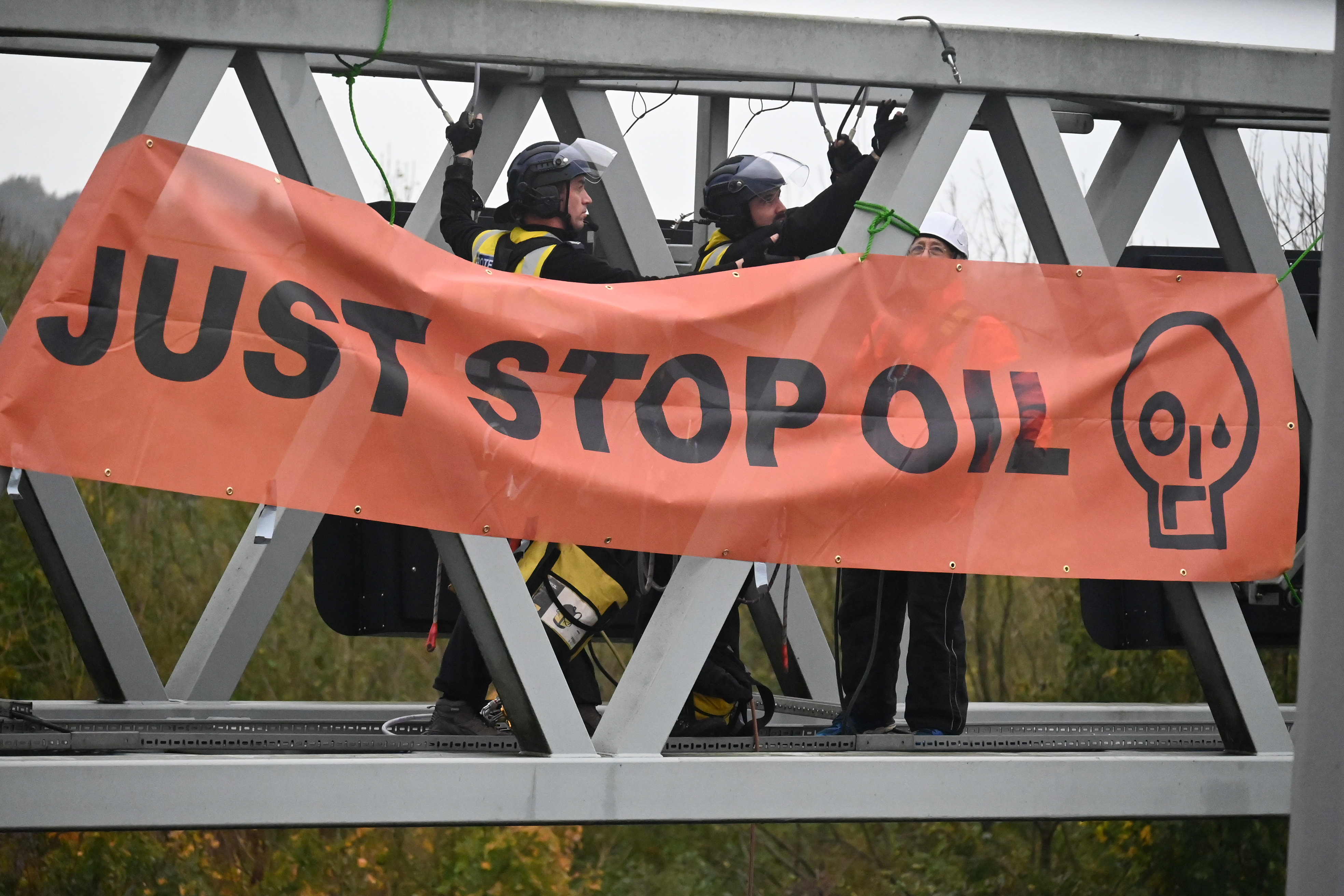 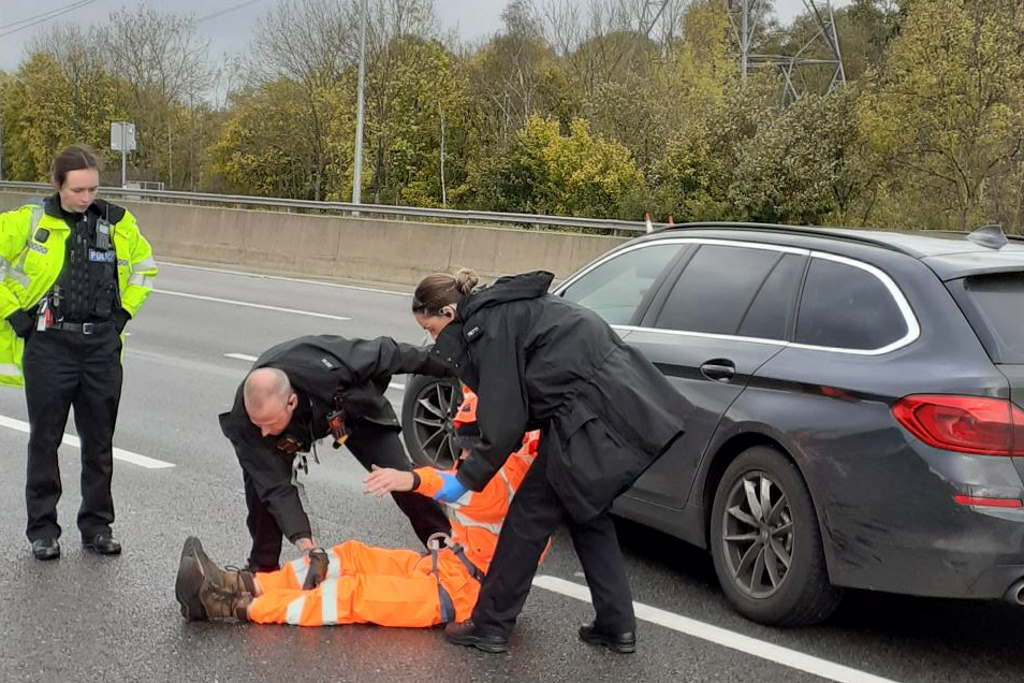 6The forces of law and order need to act now, before this all gets completely out of handCredit: SWNS 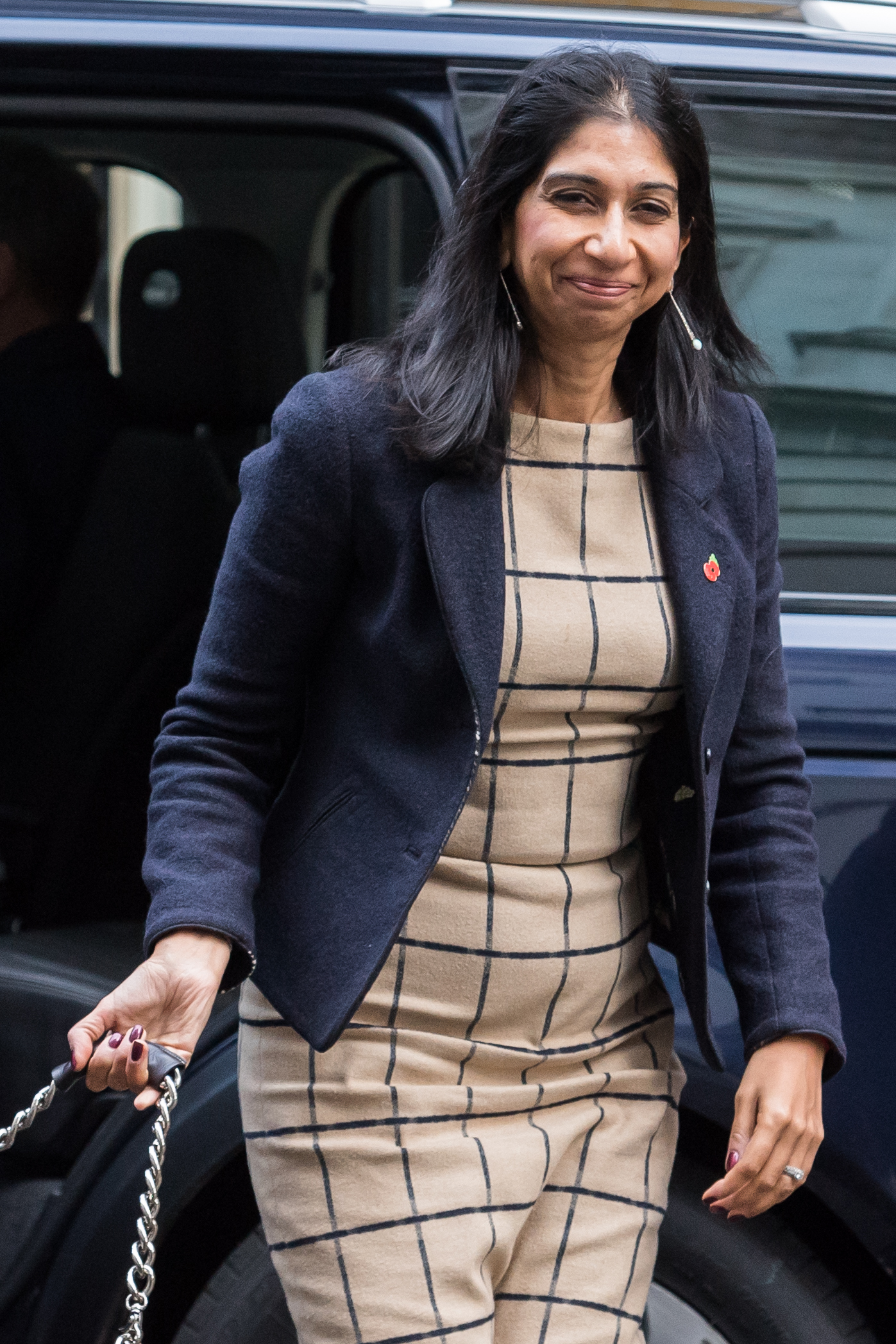 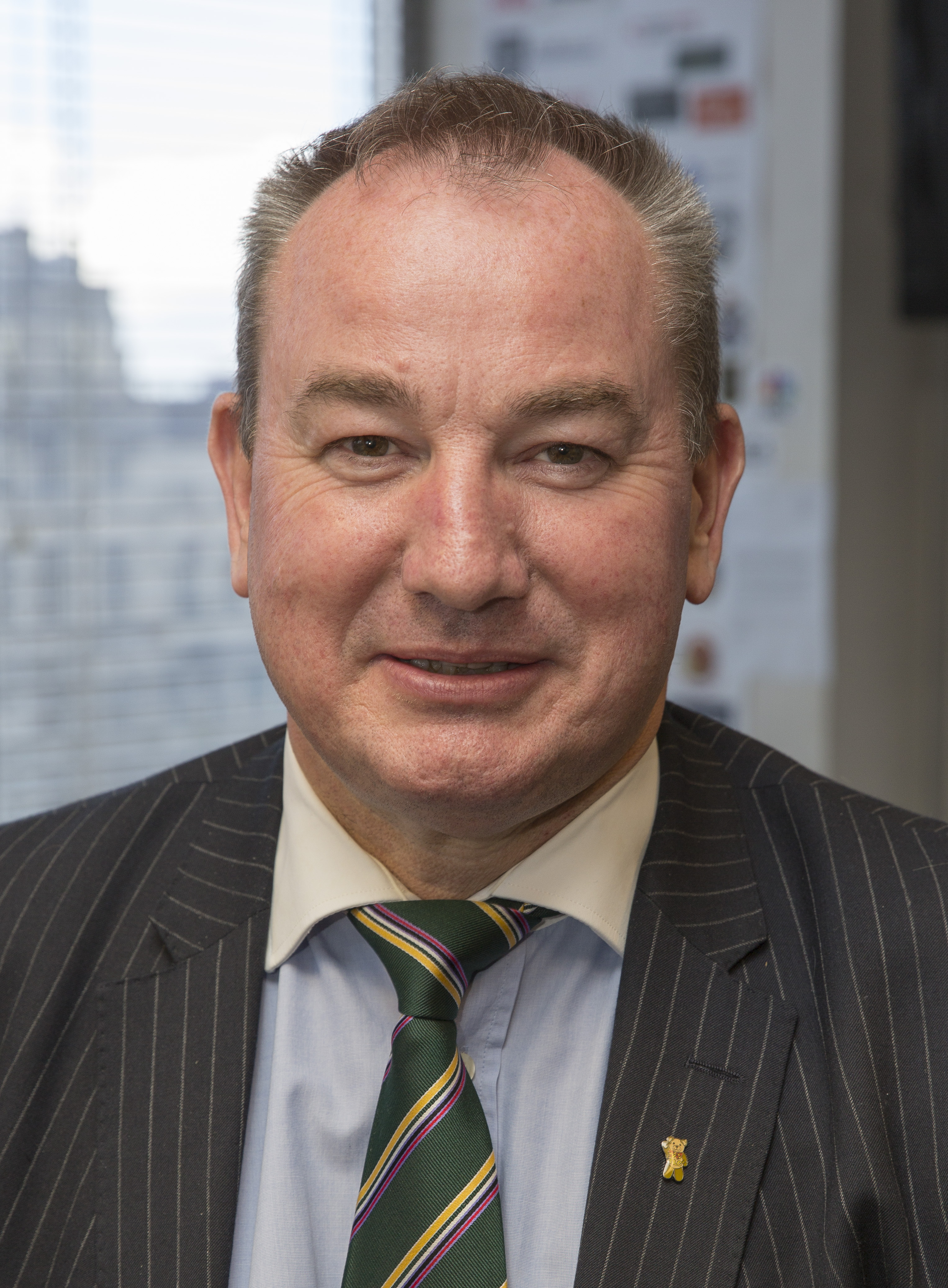