HomeUK NewsInside the secretive world of the Gibbons twins who made up their...
UK News

WHEN identical twins from a happy family stopped talking at the age of eight their case baffled teachers and psychiatrists.
June and Jennifer Gibbons refused to speak to their parents, siblings or anyone in authority — even when their silence resulted in them losing their liberty. 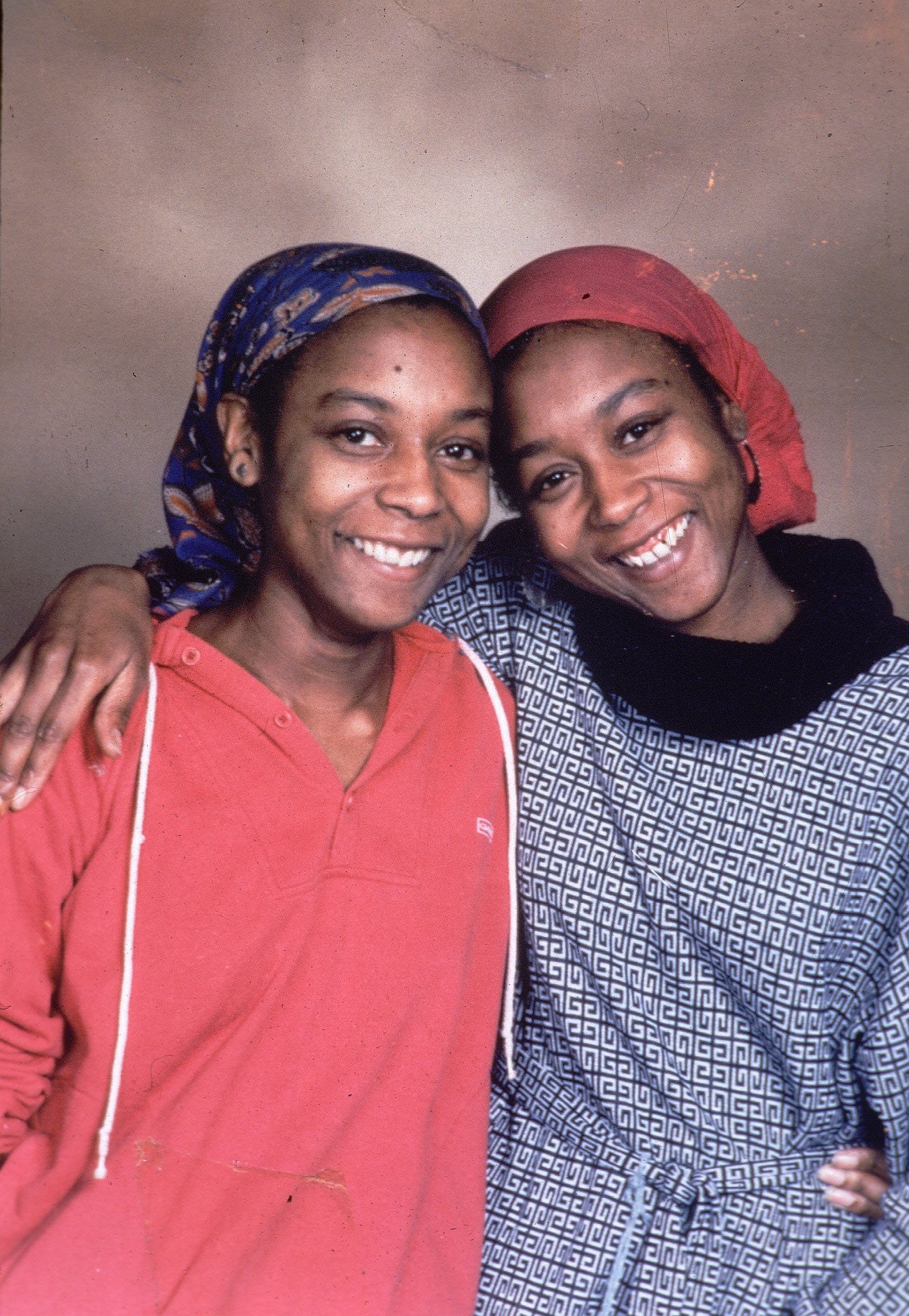 6June and Jennifer Gibbons refused to speak to their parents, siblings or anyone in authorityCredit: BBC 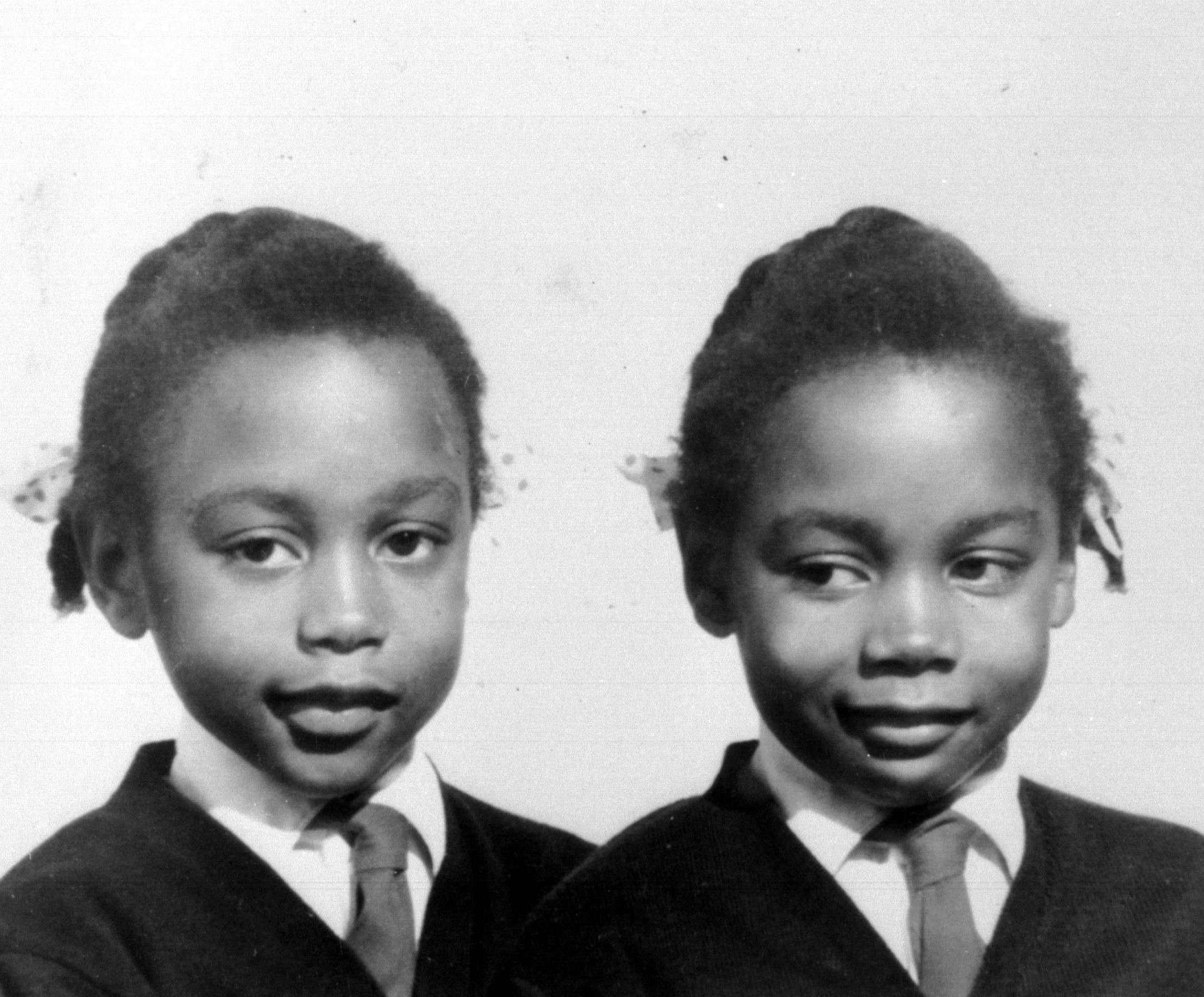 6The identical twins, from a happy family, stopped talking at the age of eight 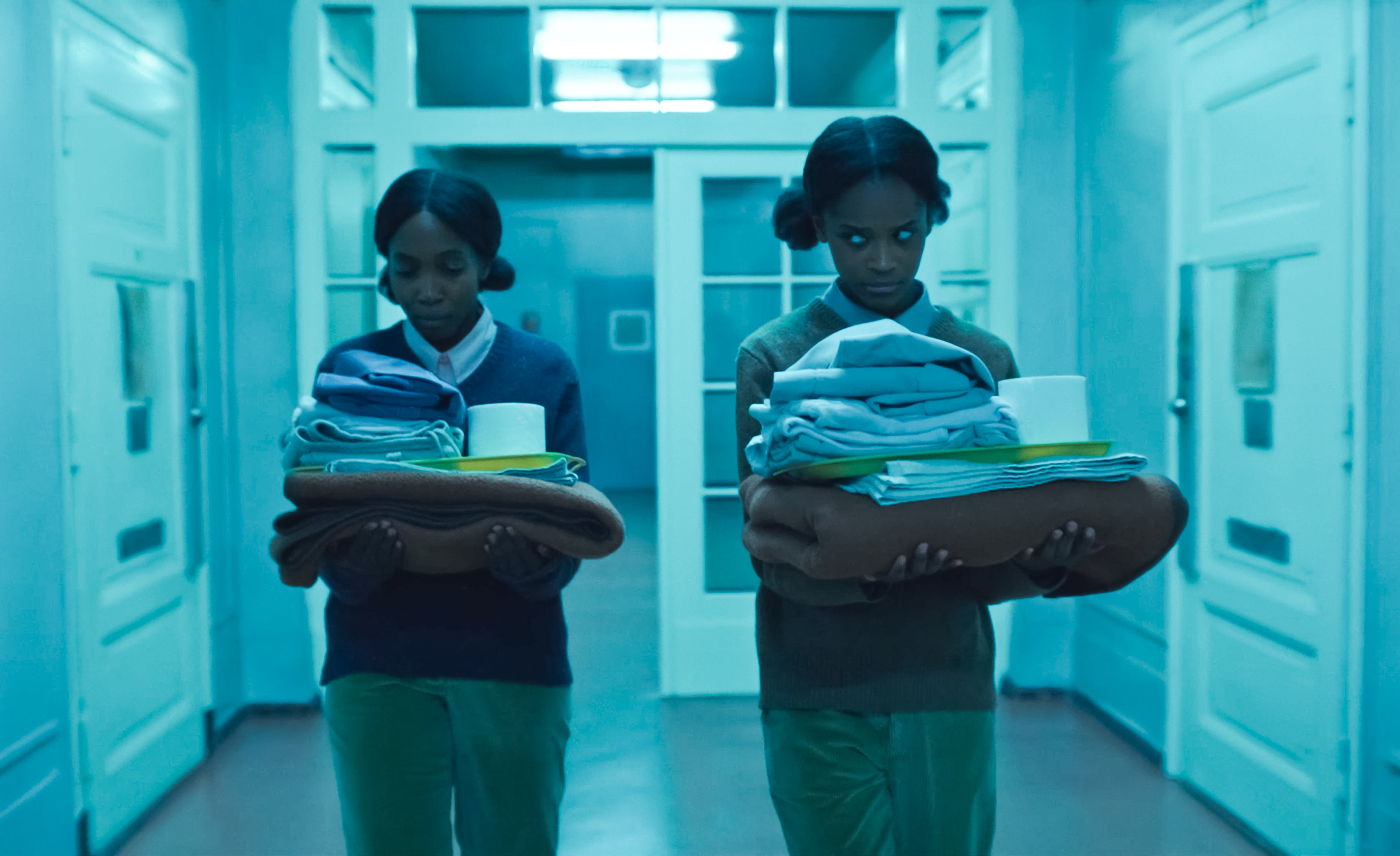 6Now their mysterious story has been turned into the movie The Silent TwinsCredit: Supplied by LMKBut they did communicate with each other in a secret language, a mixture of English and Barbadian slang.
Their dad Aubrey, who was in the RAF, and mum Gloria, had grown up on the Caribbean island before moving to the UK in 1960.
The two girls would walk in quiet unison, as if they were tied together by some invisible force. When one lifted a pencil or sipped a cup of tea, the other would do the same.
Sending them to special school, splitting them up and an 11-year spell in Broadmoor, a maximum-security hospital where fellow patients included the Yorkshire Ripper and schizophrenic gangster Ronnie Kray, could not end their pact. 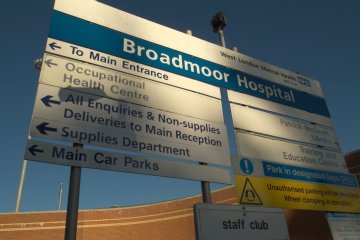 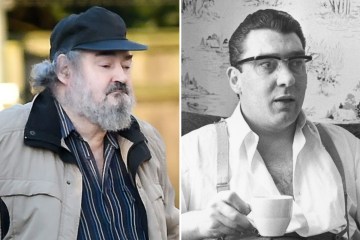 They had a bond which they believed could only be broken if one of them was to die.
And, just as she had eerily prophesied, Jennifer passed away in May 1993 just hours after being released from Broadmoor.
Perfect synchrony
Now their mysterious story has been turned into the movie The Silent Twins, with Black Panther star Letitia Wright playing June and Tamara Lawrance as Jennifer.
It is based on the book of the same name by investigative reporter turned mental health campaigner Marjorie Wallace, who became a close friend of the twins.

Marjorie, 79, founder of charity SANE, the UK’s leading mental health charity, led the public fight to have the sisters freed and often visits June, now 59.
When she first encountered the 18-year-old girls on remand for arson in 1982, it did not seem hopeful that she would get close to them.
Marjorie recalls: “June and Jennifer were brought in, propped, like coffins, on the shoulders of the warders. They sat down, moving in perfect synchrony, eyes downcast and lips sealed. They were like stone effigies.”
Then Marjorie had a breakthrough. She had read many of the poems and stories written by the literature- loving sisters and told them so.June’s eyes opened, a smile flickered across her face and she stammered: “Did . . . did you like them?” 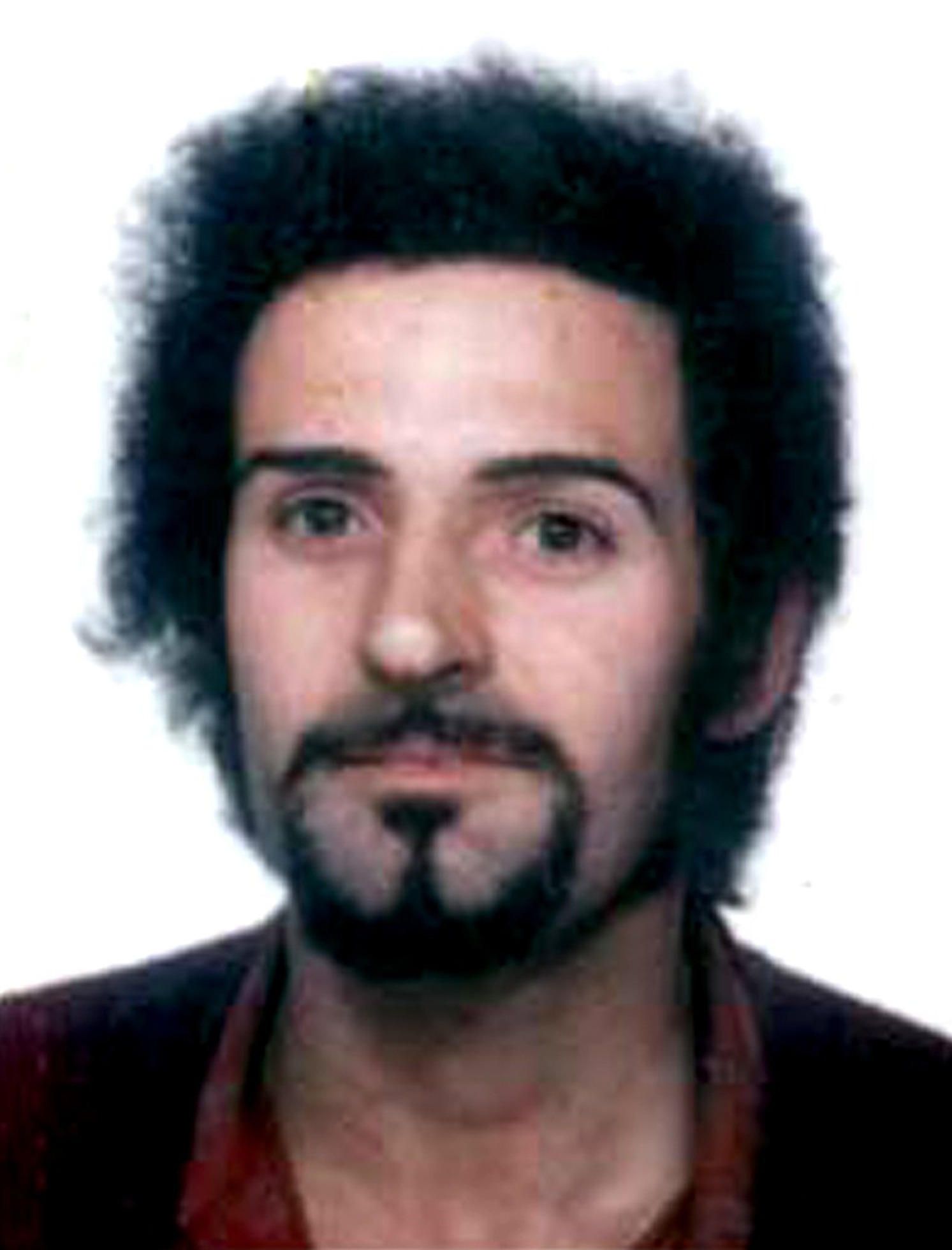 6The sisters did communicate with each other in a secret language before being split in an 11-year spell in Broadmoor, where fellow patients included the Yorkshire RipperCredit: Rex 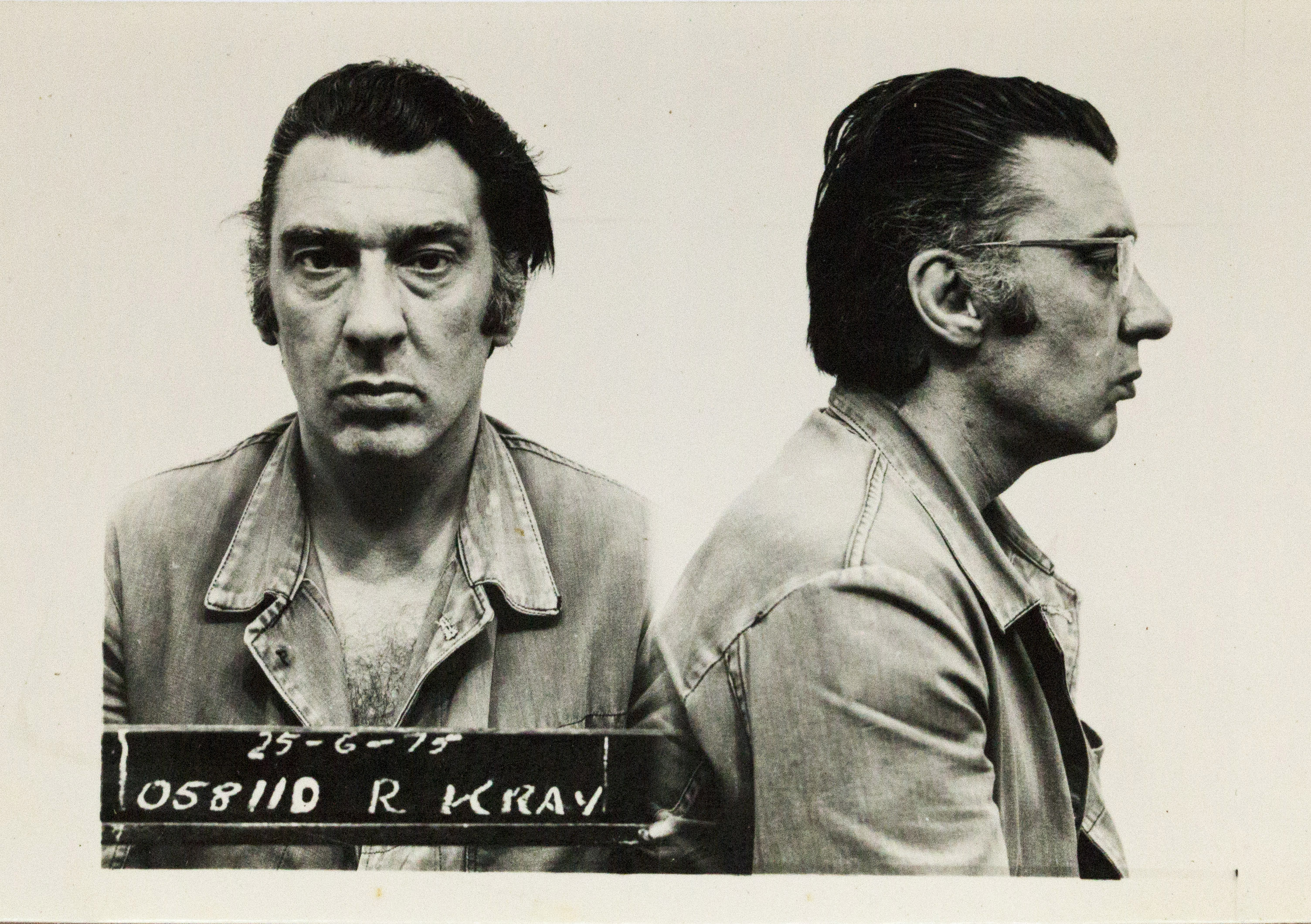 6But nothing could end the twins’ pact, even the maximum-security hospital which also saw schizophrenic gangster Ronnie Kray as a patientCredit: Kevin Dunnett – The Sun“Yes,” Marjorie replied: “You’re very skilled.”
But that was as far as the conversation was going to go. The girls had made a pact to only speak to each other and they would enforce it with telling glances. How they had got to that point is uncertain.
Aubrey and Gloria were respected members of the community in Haverfordwest, Pembrokeshire, who had three other children interacting normally with those around them.
The girls, who along with their elder brother were the only black students at their school, claimed they were bullied because they wouldn’t communicate.
The teachers felt they could not educate the mute pupils, so they were sent to a special school.
When June and Jennifer did not engage with the staff they were split up, but that just led to one of them refusing to eat or drink. 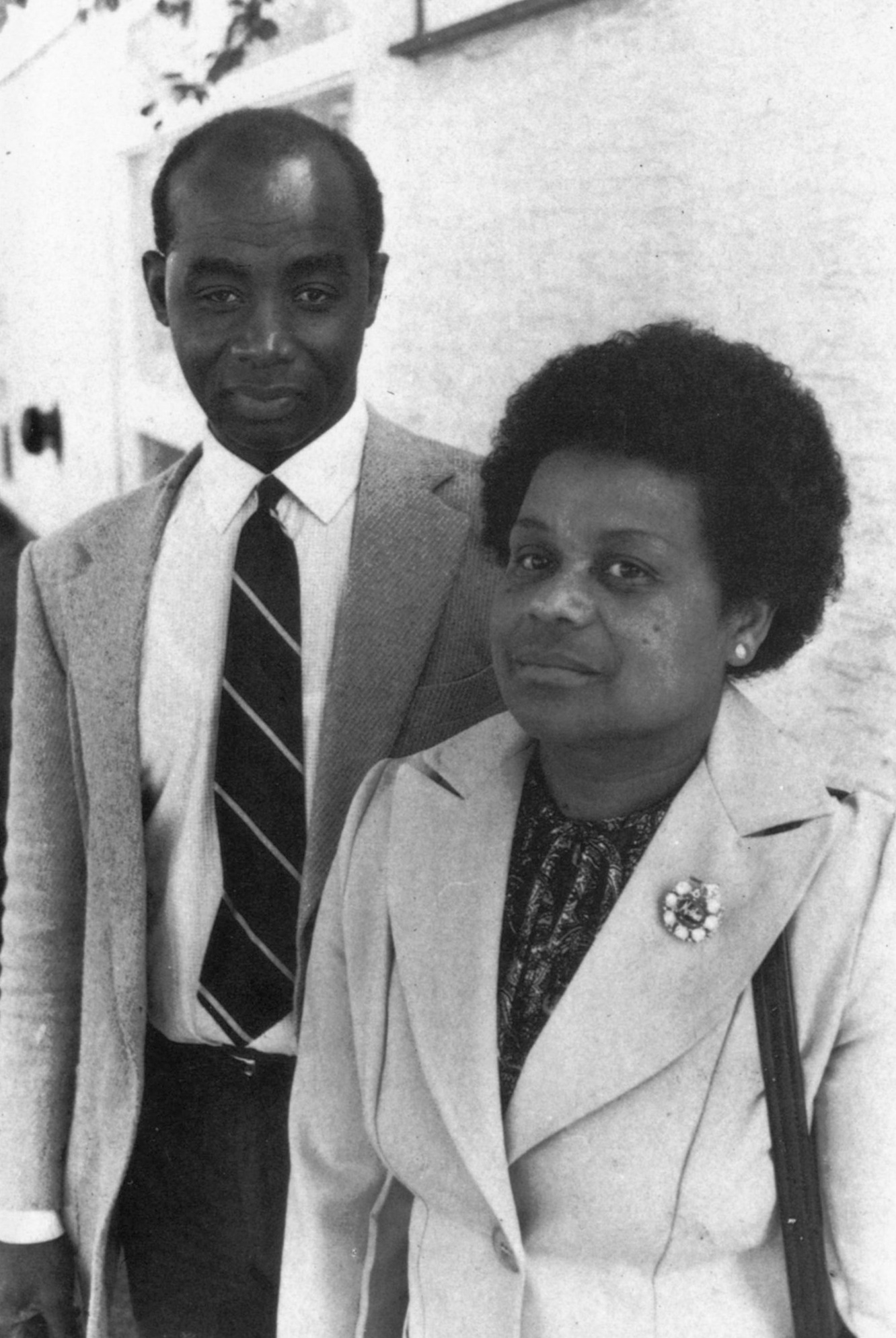 6Jennifer and June’s parents Aubrey and GloriaCredit: Vintage BooksAfter they left school the twins couldn’t find a job and turned their attention to two wayward brothers from an Air Force base instead.
They started sniffing glue, drinking vodka and having sex. That spiralled into petty theft then the decision to set fire to a tractor showroom.
June wrote in one diary extract from 1981: “My lovely glorious fire was licking its way through the roof, and the thick smoke filled the night sky. . . Lord will forgive me. It’s been a long, painful year.”
No one was hurt and the sisters also wrote that they had checked the building beforehand to make sure it was empty.
A psychiatrist diagnosed them as having a psychopathic personality disorder and said they were in need of treatment, not a prison sentence. The girls plead guilty to the charges of arson and burglary and the judge ordered they be detained indefinitely at Broadmoor.
Marjorie says: “They had no desire to hurt anyone else, it was a cry for help. They were troubled, lost girls.”
She does not accept the psychiatrist’s assessment of the girls and believes the only medical condition that applied to them was selective mutism — the inability to speak in social situations. For the next 11 years Marjorie visited the twins in Broadmoor.
By reading their diaries she was able to better understand their pact of silence.
Marjorie reveals: “They described in often witty perceptions the minutiae of daily life, but buried amongst this were jewels of phrases and images, almost Shakespearean declarations of their love-hate relationship and the intensity of their battle for individual identity.”
They used phrases like “without my sister, will I die or gain life” and “this dark sister of mine, robbing me of sunlight”.
Gradually, the sisters began to open up more to Marjorie and it was eventually decided they no longer posed a threat.
Ten days before their release, in March 1993, Jennifer made a chilling prediction. She told Marjorie: “I am going to die.” Marjorie recalls: “I said ‘You’re only 29, of course you’re not going to die. Then I saw June nod, and Jennifer said, ‘We’ve decided’.”
Jennifer then gave Marjorie a poem she had written for June. It read: “That too was our laughing, That too was our smiling. Now I am dead, And that too is your crying.”
Marjorie says: “This was one of the most chilling moments in my career. I knew they had decided and that this was a tragic end of their pact.”
The prophecy came true ten minutes after the twins left Broadmoor with Jennifer, who had been suffering with shallow breathing, laying her head on June’s shoulder in the car taking them back to Wales. Before closing her eyes for good, aged just 29, she said: “We are free at last.”
Marjorie says: “At eight o’clock that evening, I received a call from the psychiatrist saying that Jennifer had died. I was not surprised.” The cause of death was inflammation of the heart.
June, now 59, spent a year in a clinic before progressing to a halfway accommodation. Now she lives in her own home in Wales, talking freely and keeping in touch with her family. She tries to visit Jennifer’s grave once a week.
June calls herself the Quiet Twin, not the silent one. She has seen the movie, which was released yesterday. While the loss of her sister was painful, she told Marjorie she had “come into her own.” Next year SANE will launch a campaign for the “Lost Girls” not being provided with effective treatment.
A recent NHS report said that a quarter of 17 to 19-year-olds in England have a probable mental disorder. Marjorie is determined to help those in crisis.
The work done for June shows lives can be turned around. Yet even now she cannot explain why they stopped speaking for so long.

June told Marjorie: “I really, really don’t know . . . only God knows. Perhaps it will always be a mystery.”
If you or somebody you know is experiencing a mental health problem, SANE’s helpline SANEline is open from 4pm-10pm every day on 0300 304 7000. For more info including support services and Textcare visit sane.org.uk.