AS the Lancaster bomber neared its target, Dambuster George “Johnny” Johnson prepared to press the button.
He recalled: “Lying on my stomach in my Perspex bomb aimer’s ‘office’ I could feel every movement of the aircraft. 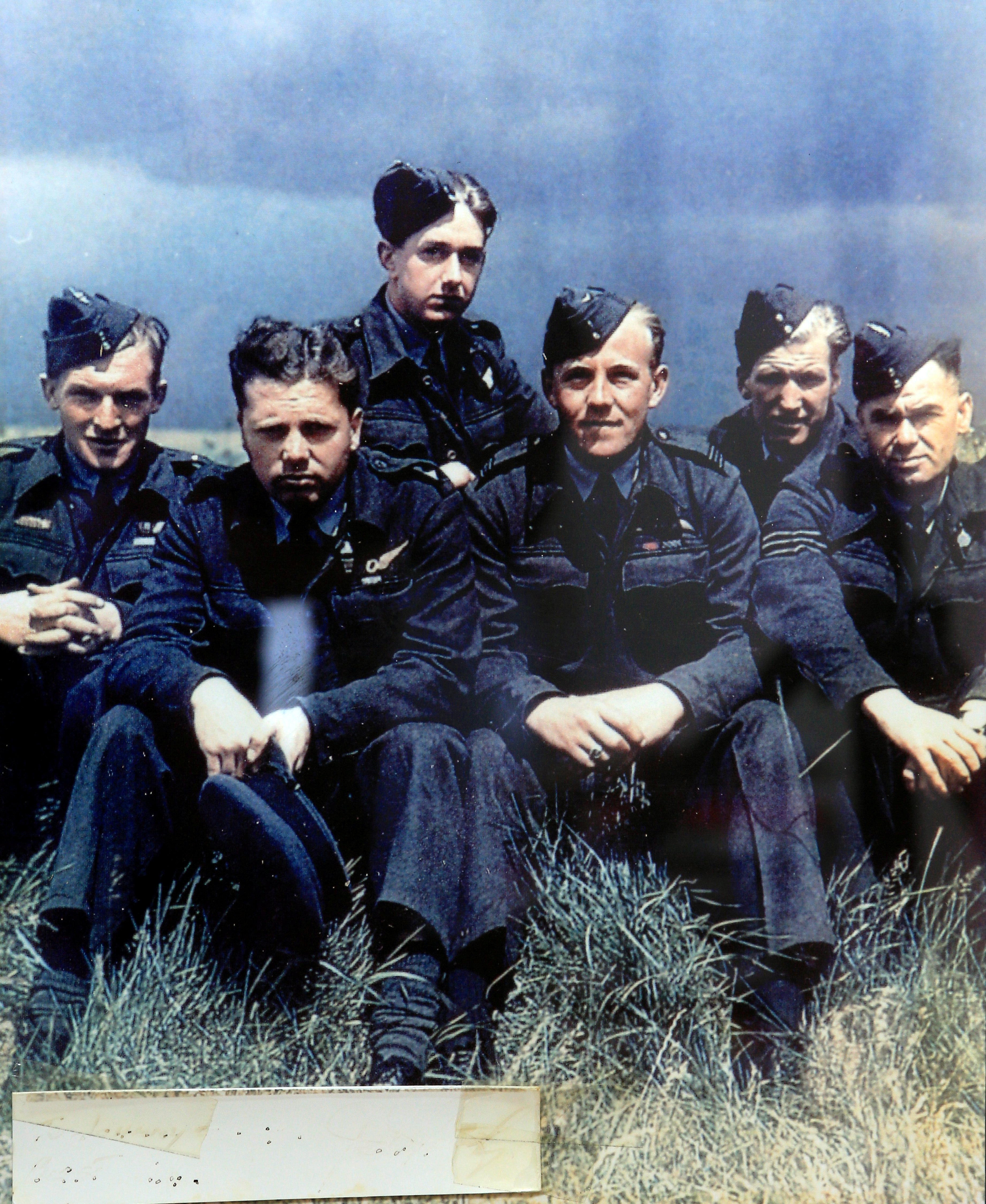 6Last Dambuster George ‘Johnny’ Johnson has passed away at the age of 101Credit: SWNS 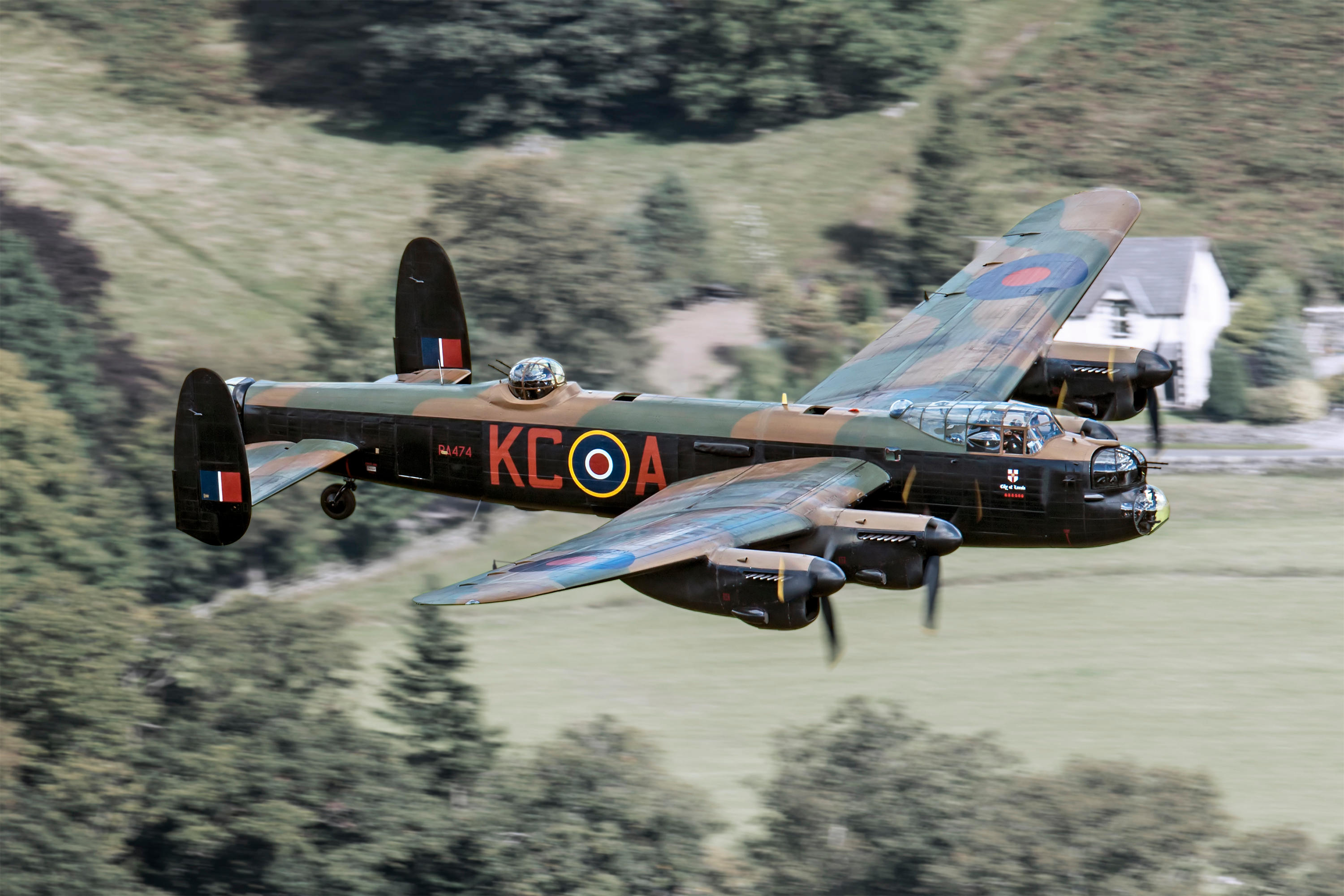 6A majestic Lancaster bomber like the one used in the Dambusters RaidCredit: Alamy“Closing in on the target was like lying in a lorry riding down a rutted track. Nine times we had attempted to drop our bomb. On the tenth run I pushed the button and called out, ‘Bomb gone!’
“From the rear turret I heard gunner Dave Rodger say, ‘Thank Christ for that!’
“As our bomber, call sign T-Tommy, pulled up and away, Dave now had a ringside seat. The explosion threw a fountain of water up 1,000ft.”
The attack on the Sorpe Dam in North West Germany in May 1943 was part of Operation Chastise, an RAF mission to flood the industrialised Ruhr Valley and wreck the Nazi war machine — otherwise known as the Dambusters Raid. 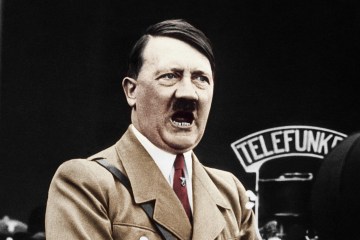 Cool head
Hero Johnny, the last surviving Dam Buster, died peacefully at a care home near Bristol last night, aged 101.
His graphic account of the raid appeared in his 2014 book, The Last British Dambuster, written with his son Morgan.
The daring operation was one of the most successful aerial assaults of World War Two and was made into a 1955 movie.
During the raids, 53 out of the 133 RAF airmen involved were killed, and eight of the 19 aircraft shot down.

Johnny was awarded a Distinguished Flying Medal for his heroism — then five years ago The Sun led a campaign for him to be knighted, and more than 300,000 readers signed our petition.
At the time of the mission, he was a 21-year-old sergeant in 617 Squadron based at RAF Scampton, Lincs, and his crew was tasked with destroying the Sorpe Dam.
Two other dams — Möhne and Eder — were to be attacked with bouncing bombs created by genius inventor Sir Barnes Wallis.
But Wallis judged that bouncing bombs would be useless against the Sorpe Dam, with its concrete core covered in tons of earth.
So Johnny and the crew would have to drop an 8,500lb bomb directly on top of the dam from a height of just 30ft.
During the raid he kept a cool head and demanded that the pilot, American Captain Joe McCarthy, made nine runs over the reservoir to make sure they hit the target.
In his memoir Johnny wrote: “We should have been able to see the other Lancasters from 617 Squadron taking turns to line up bombing runs.
“But not only was no one else there, it was apparent none had been there either.
“The dam was still completely unscathed. It was horribly obvious why the others were not there. They had been shot down over Holland and Germany.”
Of the eight bombers sent to attack the Sorpe Dam, only two got through. They damaged the dam but failed to breach it.
Elsewhere in the Ruhr valley, other aircraft from 617 Squadron led by Guy Gibson, who won the Victoria Cross, did successfully attack the two other dams.
Johnny recalled: “Our return journey took us directly over what had been, until 20 minutes earlier, the Möhne dam.
“There was still water pouring down the side of the dam and running into the valley. It was simply amazing. There was nothing to see but water.”
More than 1,300 people on the ground were thought to have drowned when the dams burst.
Despite a damaged wingtip and a puncture, Joe McCarthy managed to land Lancaster T-Tommy back at RAF Scampton.
The survivors could not hide their tears as they saw the empty chairs of the men who did not return.
Johnny was born George Leonard Johnson, the son of farm foreman Charles, on November 25, 1921, in Lincolnshire.
He was three when his mother Ellen died, and he was regularly beaten by his dad, who saw the boy as just another mouth to feed.
He recalled: “I learned that I had to do what I was told or else. Apart from coping with the housework, I had to help with the farm work.”
His best friend as a child was his pet pig. At 11, Johnny escaped his father’s brutality when he was sent to a charity-run agricultural college in Hampshire for children of farming families who had lost one or both parents.
He later got a job as a park keeper in Basingstoke before joining the RAF aged 18 in June 1940.
After failing tests to become a pilot he became an air gunner before being picked as a bomb aimer.
On a posting to Devon he met future wife Gwen, and just before the Dambusters raid, Guy Gibson gave Johnny four days’ leave to get married.
True hero
He completed 50 ops, mainly over Germany, before the first of his three children was born.
After the war he stayed in the RAF for 17 years, then became a teacher in Nottinghamshire, where he even taught at Rampton secure hospital.
He was upset that the 1955 film The Dam Busters, starring Michael Redgrave as Barnes Wallis and Richard Todd as Guy Gibson, did not feature the Sorpe Dam raid.
But The Lord Of The Rings director Sir Peter Jackson, who holds the rights to a remake of the movie, told Johnny that the Sorpe attack would be in any new film.
Six months after The Sun’s campaign for Johnny to be knighted, the Queen awarded him an MBE in her Birthday Honours.
He said modestly: “An MBE is as much honour as I could expect. It’s not really about me.
“I’m the lucky one — I’m still alive. It’s the squadron being honoured with this, not just me.”
Carol Vorderman, an ambassador for the RAF Cadets, and who backed our knighthood campaign, became a good friend to Johnny.
Today she posted: “I feel honoured to have known you and called you a friend. You gave us all hope in humanity. 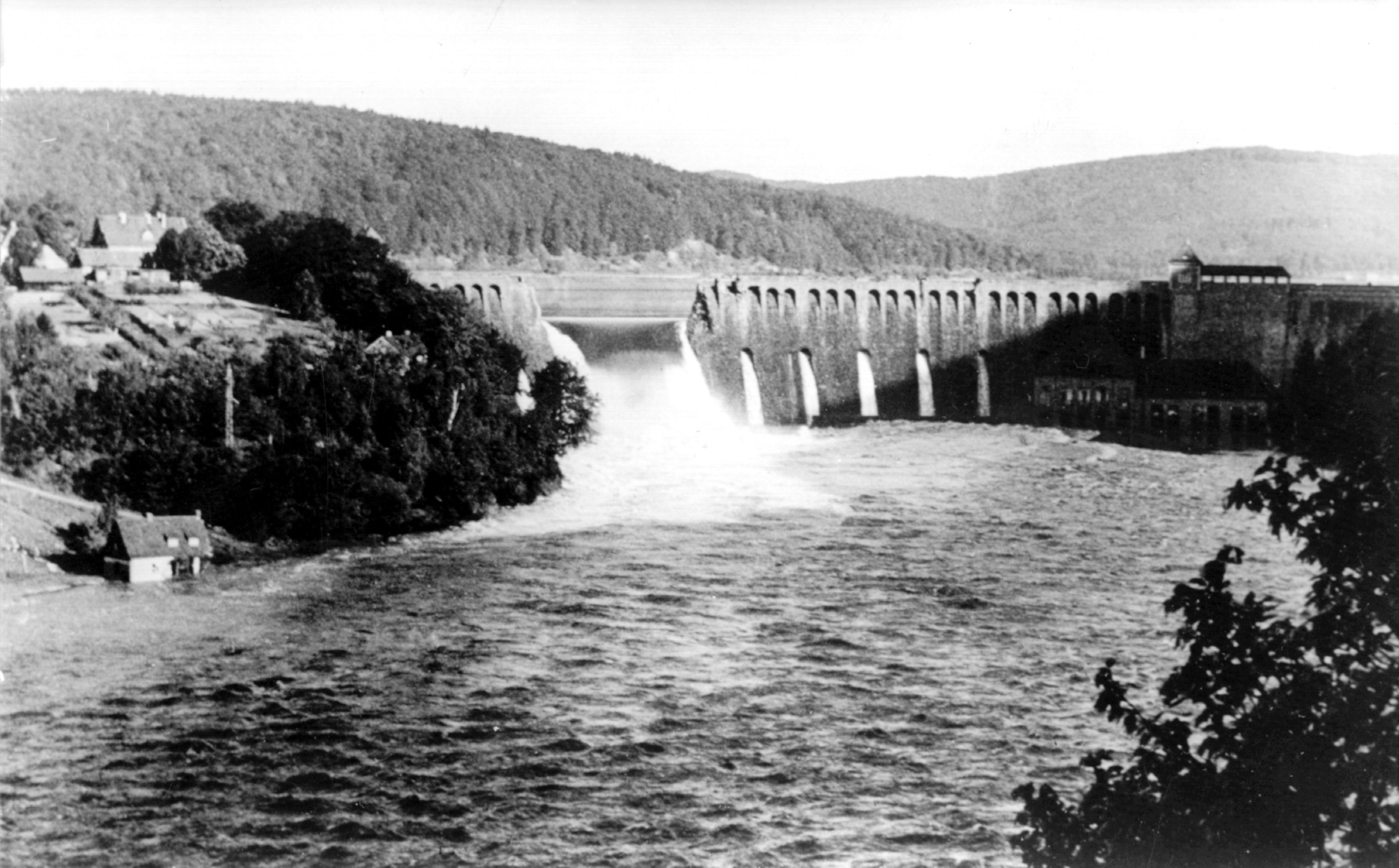 6The Eder Dam was wrecked by a bouncing bombCredit: PA 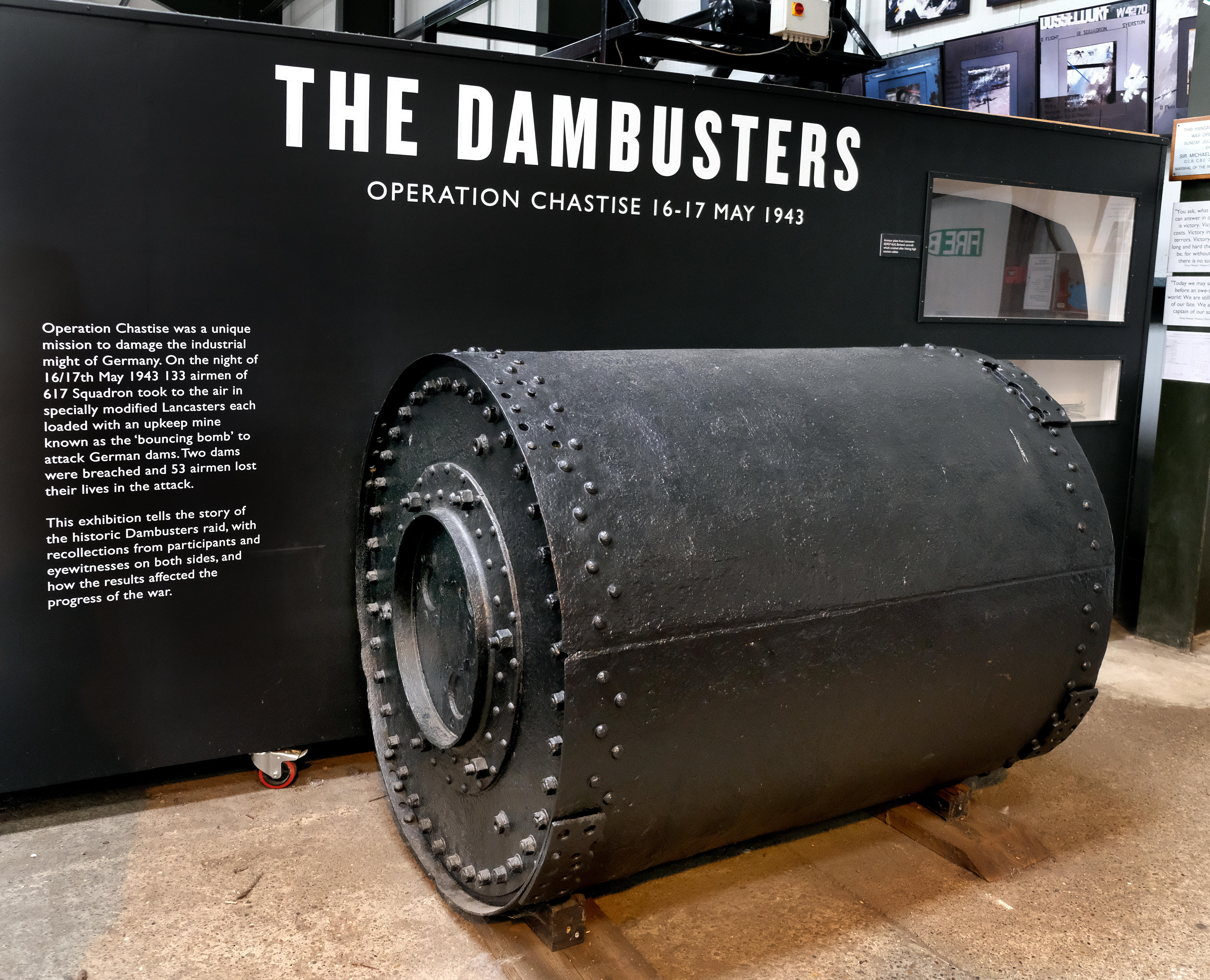 6The bouncing bomb used in the war by the Dambusters 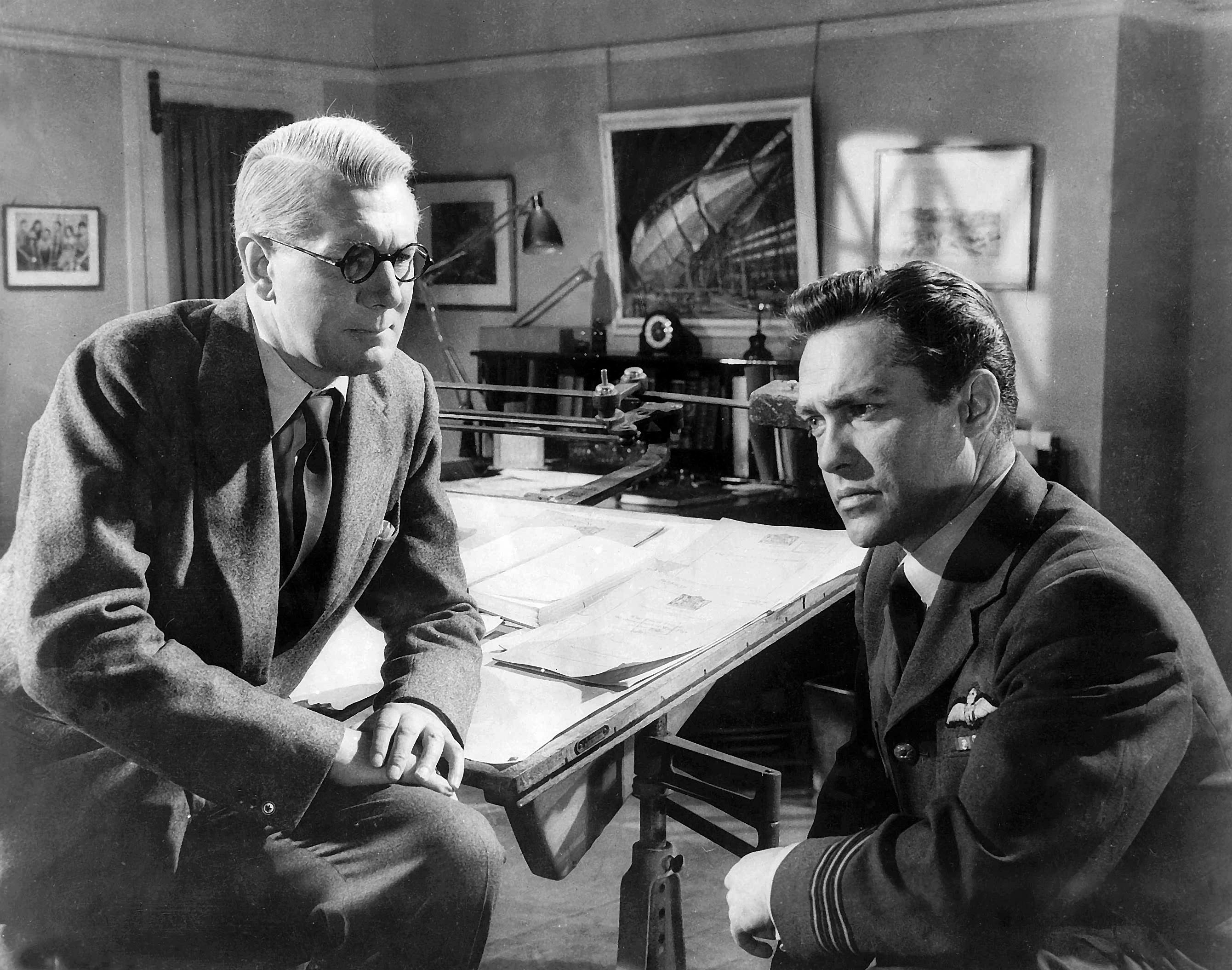 6Michael Redgrave and Richard Todd in 1955 film The Dam BustersCredit: Shutterstock“My thoughts are with his family who loved him so much.”
She added: “He was an incredible man. He had dignity beyond most you could ever meet.”
Earlier tonight Air Chief Marshal Sir Mike Wigston, Chief of the Air Staff, tweeted: “We owe an enormous debt of gratitude to Johnny Johnson and all of his generation who fought for our freedom in World War Two.
“Their courage, skill and resilience inspires the Royal Air Force to this day. Rest in Peace Squadron Leader Johnson MBE DFM.”

Also paying tribute was RAF Gulf War hero John Nichol, who wrote: “I was privileged to share many a bottle of his much-loved red wine.
“The nation has lost a true hero. Blue skies Sir.”