A CREEPY abandoned bingo hall which fell into disrepair decades after it’s 1960s heyday has been revealed.
The Astoria in Hyde, Greater Manchester enjoyed golden years as a cinema and then a bingo hall, but has stood derelict since it was closed down in 2009. 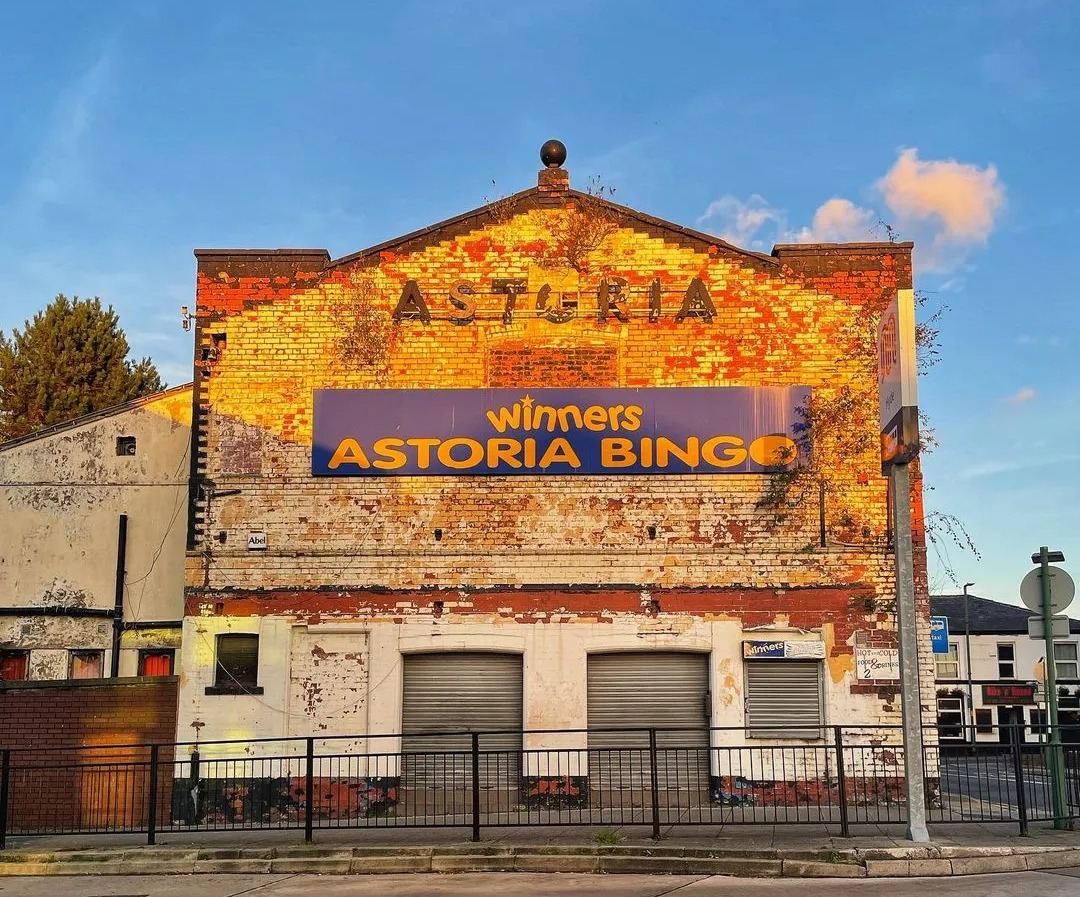 6The Astoria has stood derelict since it closed in 2009Credit: Exploring With Lou 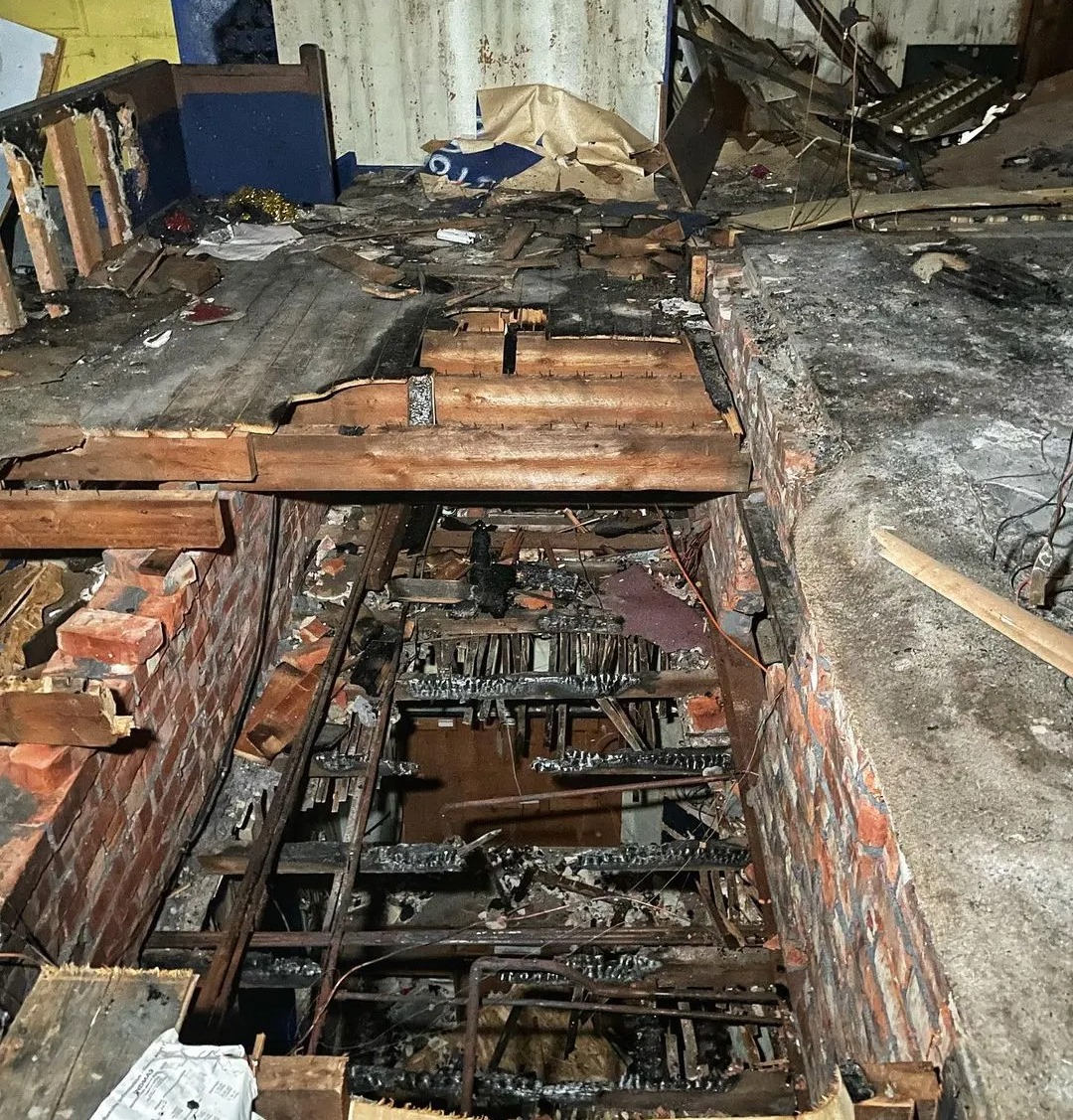 6Pictures from inside show the extent to which it has gone to ruinCredit: Exploring With LouPictures of the dilapidated building reveal a spooky and run-down interior which looks more like the setting for a terrifying horror film than a place of joy and entertainment.
The photos show collapsing floors, fire damage and heavily graffitied walls alongside original fittings from the venue’s glory days.
These include old bingo posters and forms, as well as a sign advertising free drinks for players.
A second poster offers customers the chance to play for a pound “every afternoon this week”, although it’s not clear when this was from. 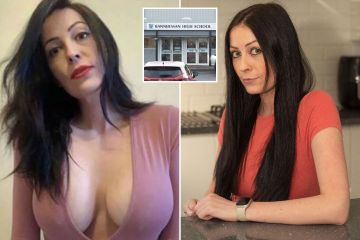 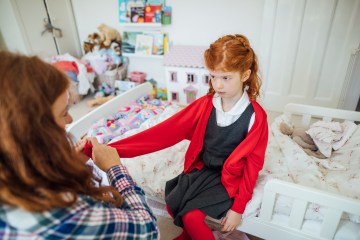 One of the photos even shows a room in the building with floorboards and plywood boards scattered across it, ripped up and tossed around the room for reasons unknown.
Another shows a membership application form, tattered and filthy but unmistakably filled out by a man named Frank in May 1972.
Time has ravaged the building, with gaping holes in the floor, peeling paint and exposed brickwork throughout.
It’s almost impossible to imagine what it would have been like full of happy customers, with the bingo callers in full voice.

One online commenter was sad to see The Astoria close and wrote: “So sad…it’ll probably be replaced by a poorly designed block of flats.”
However, one former customer seemed to be less upset, saying: “Got robbed here in 1998 on the way out with my winnings.
“Horrid place”. 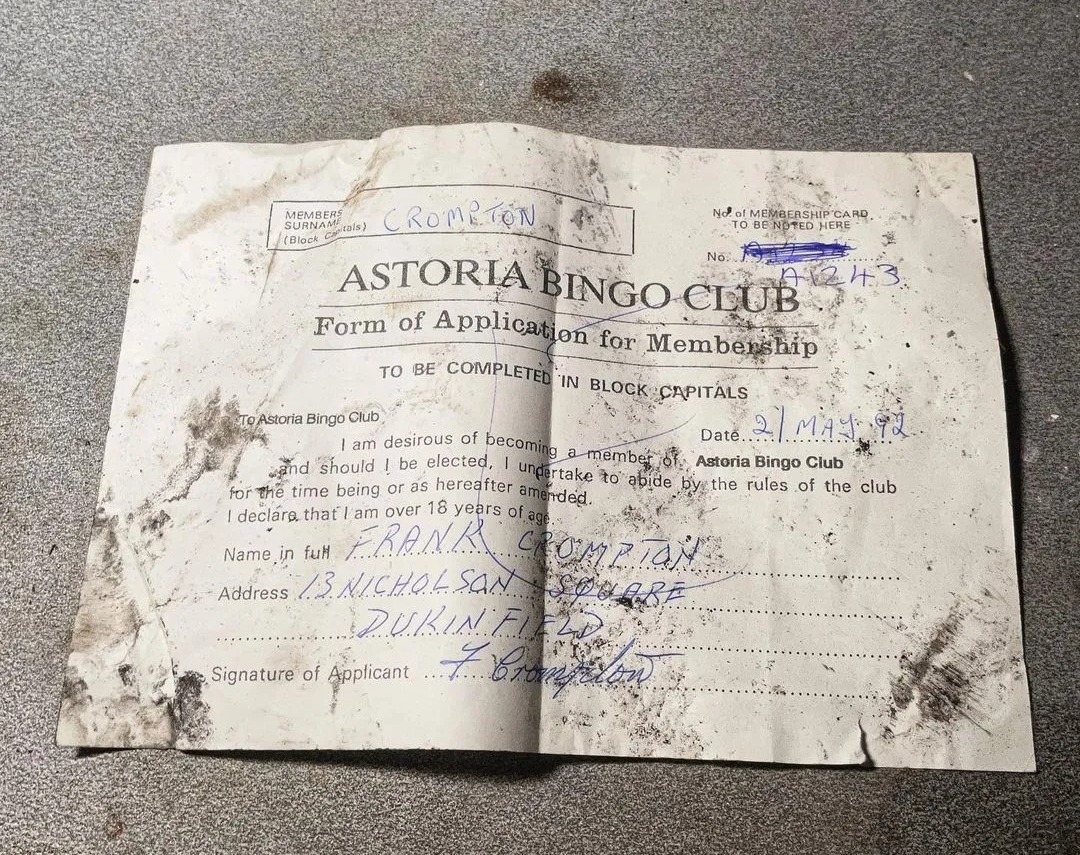 6One picture shows a membership form from 1972Credit: Exploring With Lou 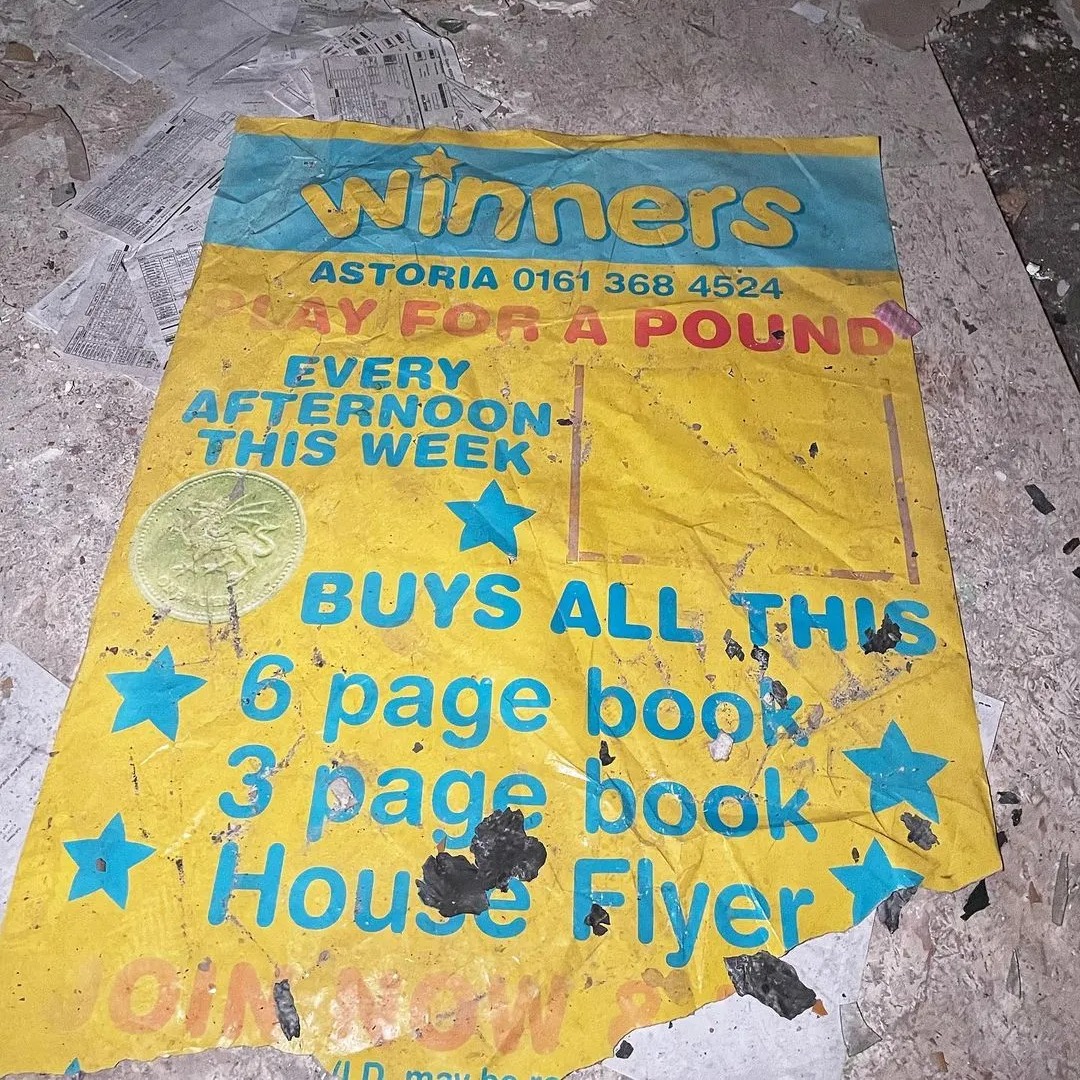 6There are also torn posters offering ‘play for a pound’ dealsCredit: Exploring With Lou 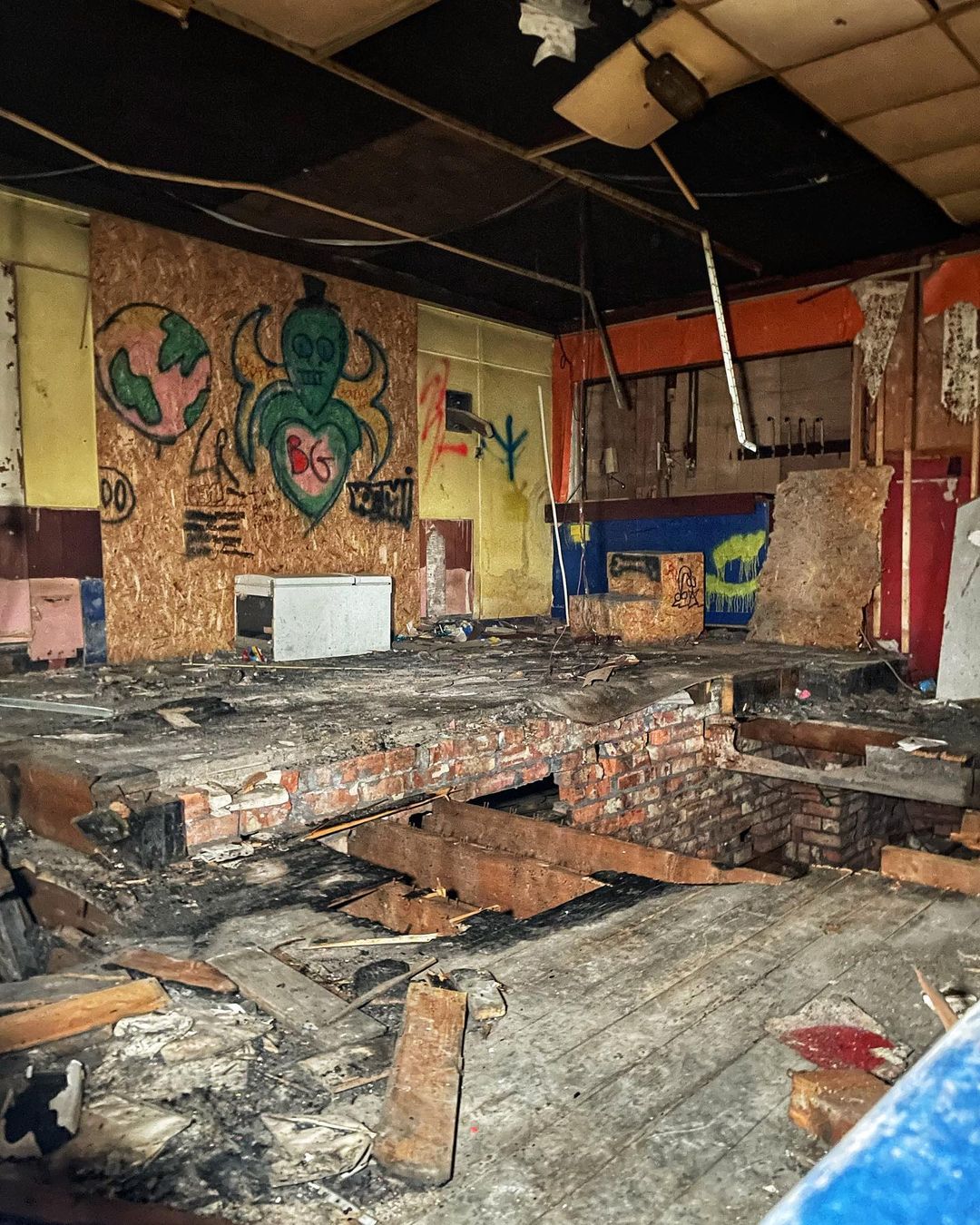 6Graffiti covers the walls and floorboards have been ripped upCredit: Exploring With Lou 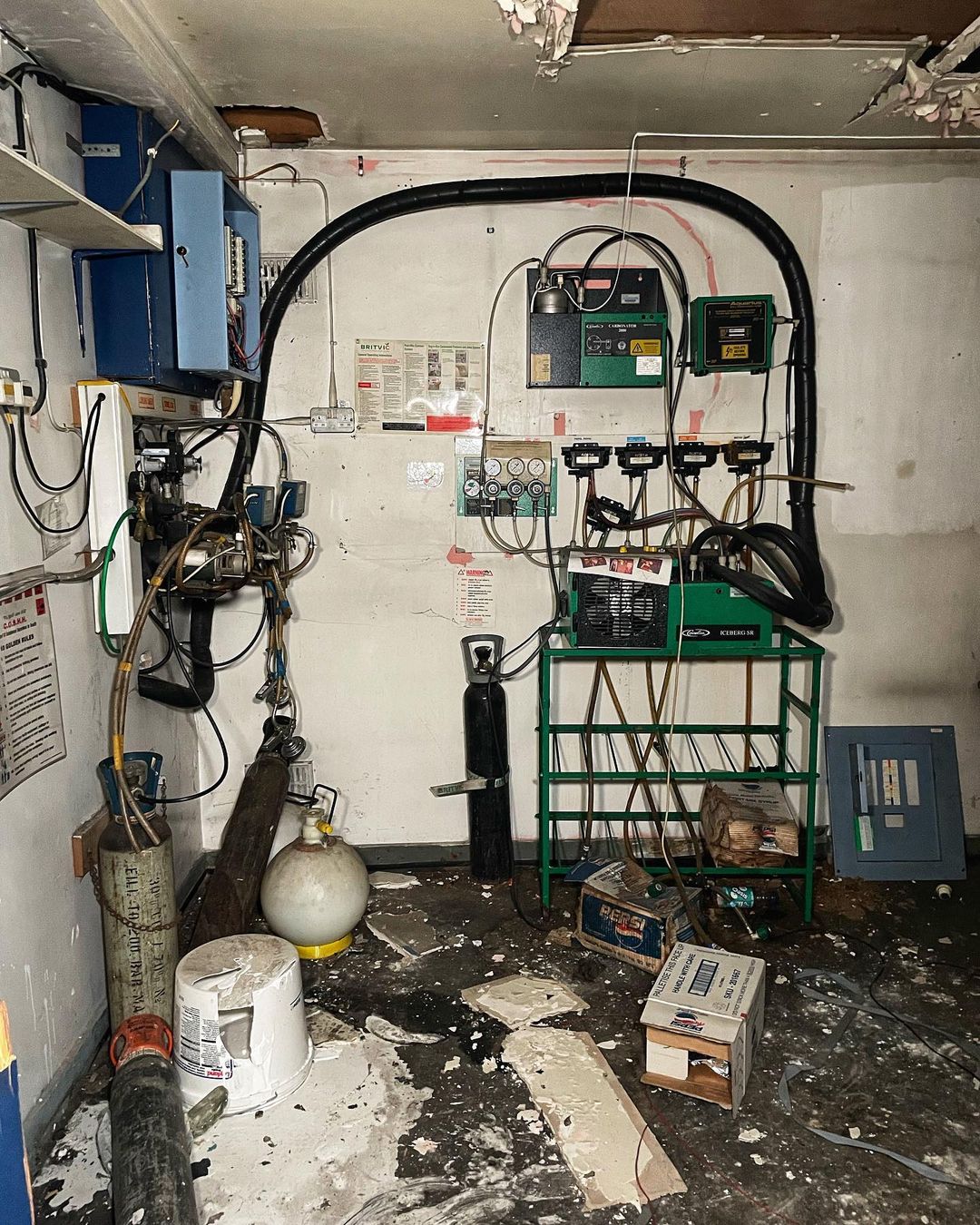 6The venue is a long way from its golden years lookCredit: Exploring With Lou
Story Credit: thesun.co.uk