SITTING rusting and abandoned in the yard of a Soviet Union-era factory is a vision of the future from a bygone era.
With sleek rounded lines and two enormous engines bolted to the roof, once upon a time engineers thought we could be doing our morning commute aboard jet powered trains like the SVL. 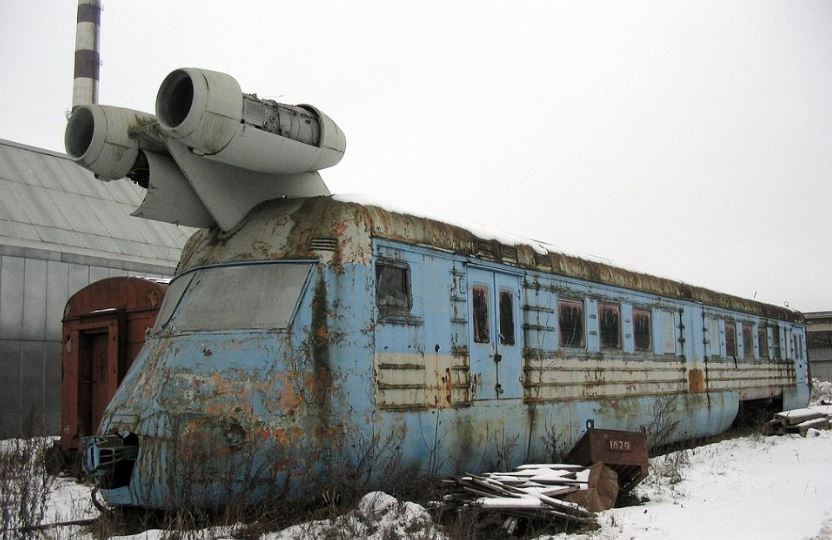 4The rusting remains of an abandoned Soviet Union jet train, the SVLCredit: TIHOMIROV.SU 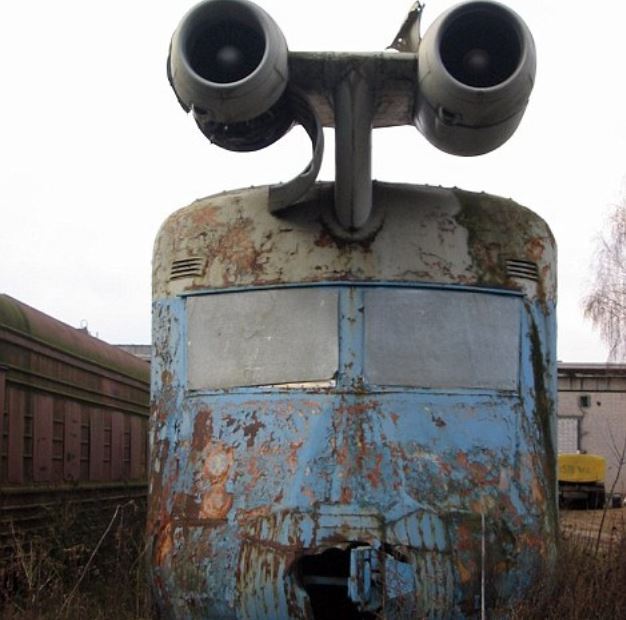 4The train project however was abandoned and left to rot in a yard in St PetersburgCredit: TIHOMIROV.SU

4The train car was meant to be the transport of the future for the SovietsCredit: TIHOMIROV.SUNow instead the futuristic looking locomotive sits slowing disintegrating in a factory yard in Kalininsky, St Petersburg.
The 50 ton jet-powered train could reportedly hit speeds of around 180mph as it hurtled along the tracks powered by its jet engines.
But it was believed with the right track the 28 metre train car could have exceeded 220mph.
The experimental train was built in the 1970 by researchers in the Soviet Union.
Designers took a standard train car and attached to the roof a pair of engines from a Yak-40 passenger plane.
The superfast train is reported to have performed well in tests – reaching well towards speeds of 200mph.
And this was much faster than other contemporary high speed trains, such as the original Japanese bullet train, the Shinkansen.
Russia’s turbo train – officially dubbed the High Speed Laboratory Car – was unveiled in October, 1970.

It would be run on an experimental testing track under the control of engineer Mikhail Nepryaev and aircraft mechanic Alexei Lozov.
Five years of testing followed which saw the super speed train even run on some public stretches of railway as it roared on.
The All-Union Research Institute of Carriage Building boasted the train could have hit speeds of up 223mph. 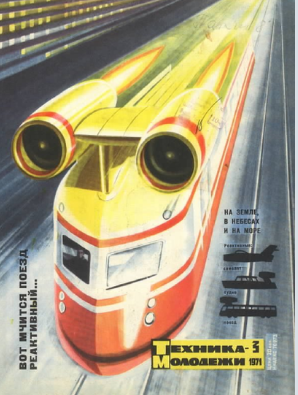 4Soviet designers believed the SVL could be the train of the futureAnd they hoped their train could have fronted a new generation of railways criss-crossing the Soviet Union.
But as the Communist block slowly began to eat itself, such ambitious plans were shelved and put on ice.
The SVL stood idle and abandoned at a station near Moscow.
It started to rust away – taking with it Russia’s dreams of a high speed jet powered rail network.
Problems were there with the train’s stability at high speed, be designers were confident they could overcome this.
And there were also issues with noise from the roaring jets as it passed through densely populated areas.
But the dreams of the jet train died, and soon the rusting wreck was moved to the factory yard in St Petersburg.
The train however after sitting falling to pieces for decades was eventually salvaged and given a fitting memorial.
The front was chopped off and repainted – being installed on a plinth outside the Tver Carriage Works.
Russia were not alone in their plans however to reinvent the railway – with American also attempting to develop jet trains.
The M-497 Black Beetle was built in 1966 – hitting speeds of 184mph.
And the even more impressive LIMRV was built in the 1970s, eventually hitting speeds of 256mph.
It set the world speed record for vehicles travelling using conventional rails.
The future however seems to have moved past the dreams of jet trains.
And instead, designers are looking at “maglev” technology such as Elon Musk’s plan for the Hyperloop.