HomeUK NewsI'm terrified of getting in a smuggler's dinghy to cross the channel...
UK News

IN the bitter early-morning chill of Loon-Plage’s squalid Jungle, touts acting for the smuggling gangs were already at work.
Just hours after the mid-Channel sinking of a packed dinghy led to four deaths, the pitiless cartels were offering cut-price deals — but only if a boat was already overcrowded. 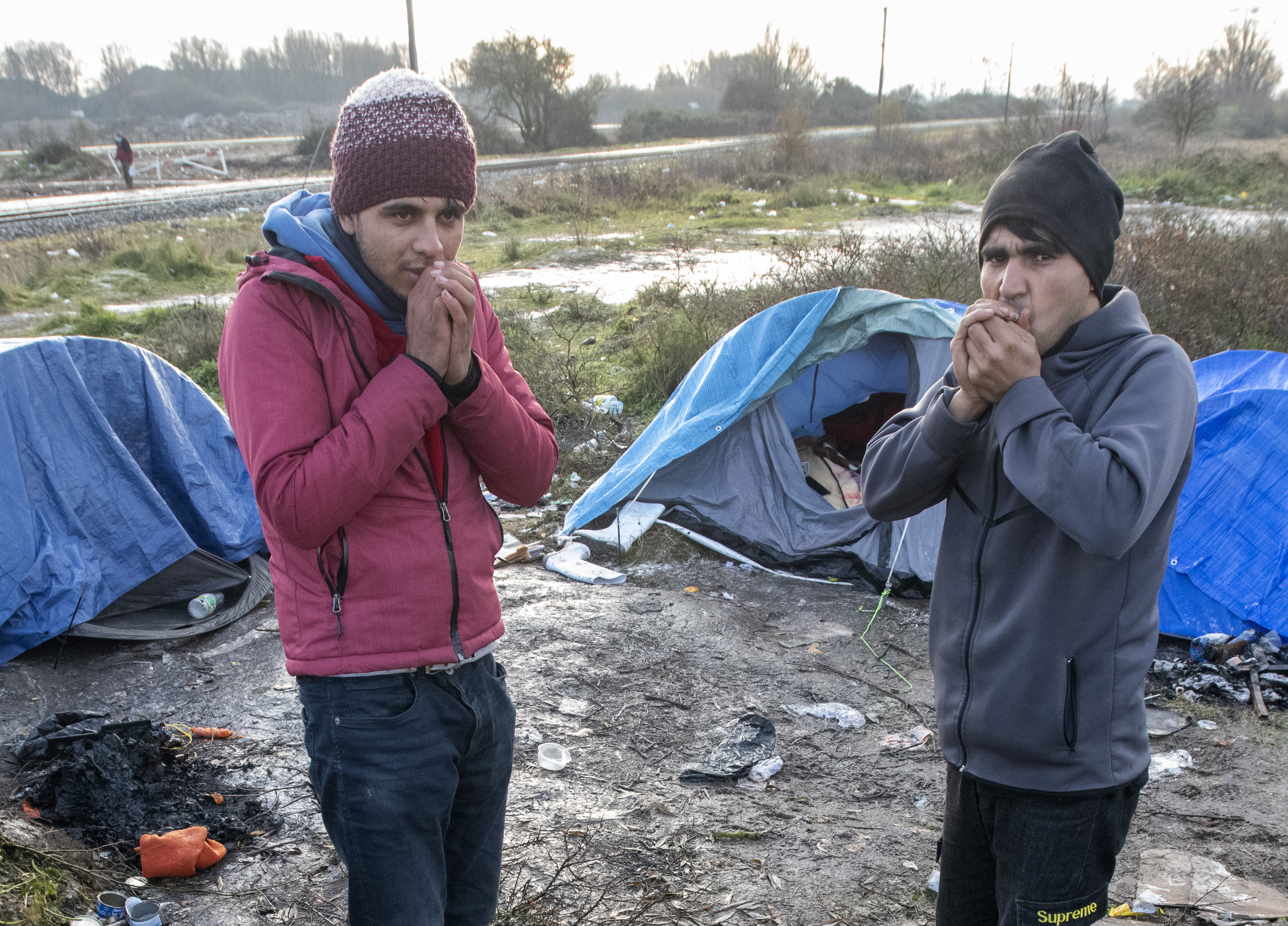 6Money grabbing cartels are offering migrants (pictured) cut-price deals — but only if a boat is already overcrowdedCredit: JOHN McLELLAN 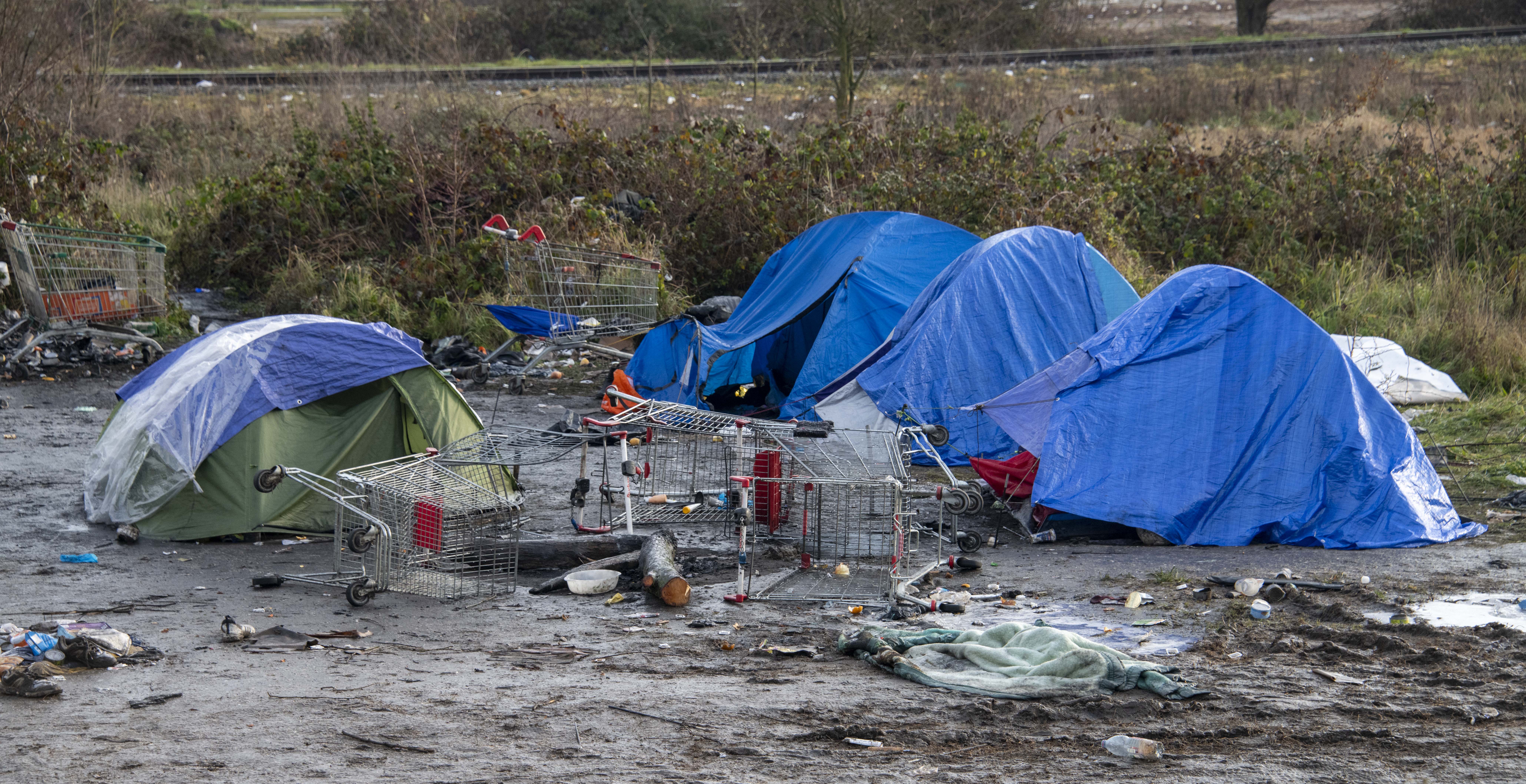 6News of those who had died in rough Channel seas last week had filtered through the patchwork of leaky tents in scrubland near DunkirkCredit: JOHN McLELLAN 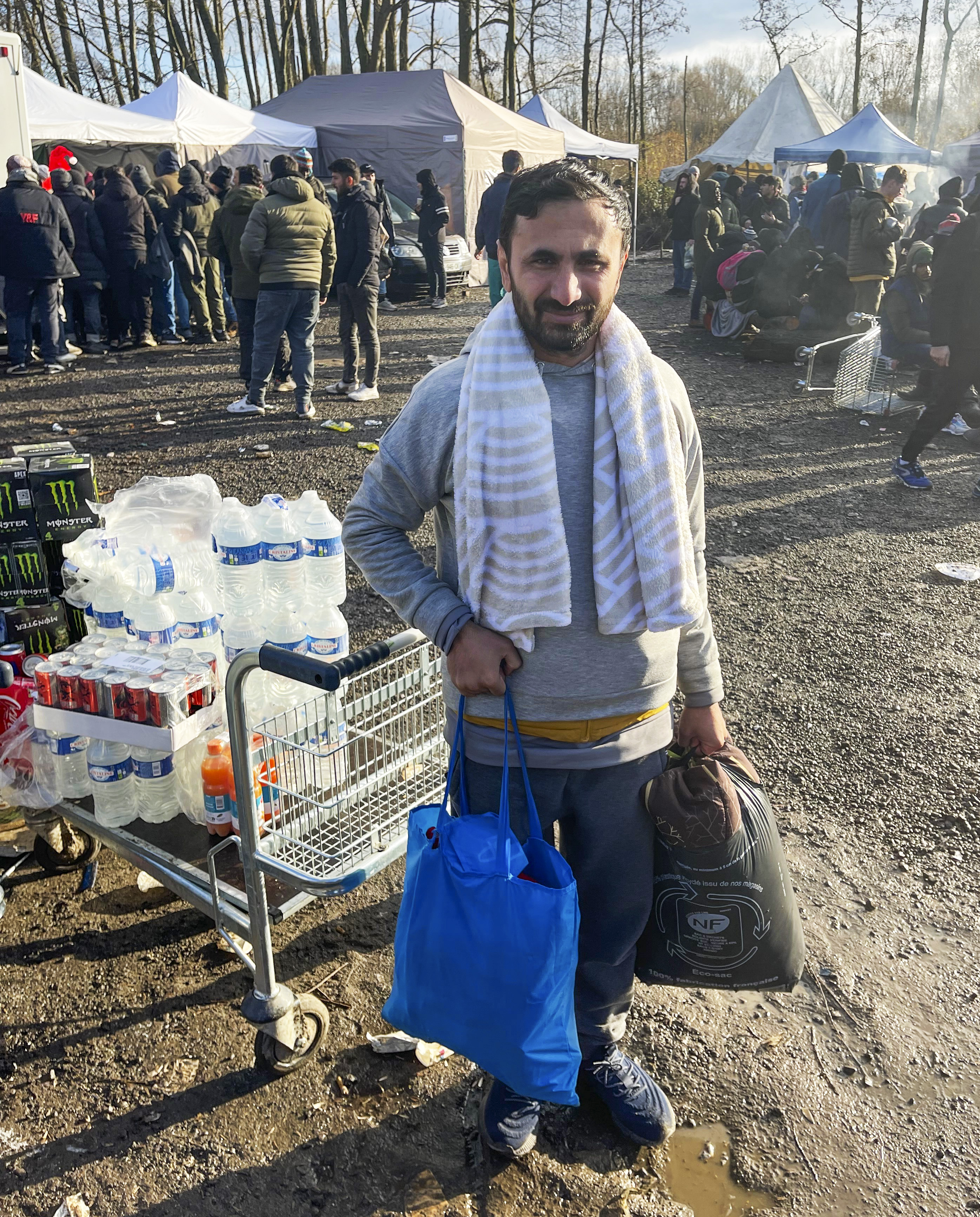 6Shamsul, a 34-year-old telecoms engineer from Afghanistan, is terrified of making the perilous crossingCredit: JOHN McLELLANWearing four jackets against the cold, Egyptian migrant Ahmed, 30, told me: “The price has come down but it depends on how many are in the boat.
“I’ve spoken to some smugglers because I’m trying to find a good deal.
“The prices start at €800 (£700) for an overcrowded boat and go up to €3,000 (around £2,600) for a less crowded boat.
“The smugglers have guns. They need them because people hiding in trees near the beach try and jump on boats when they haven’t paid.” 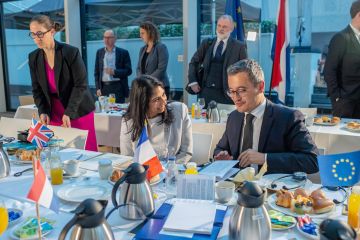 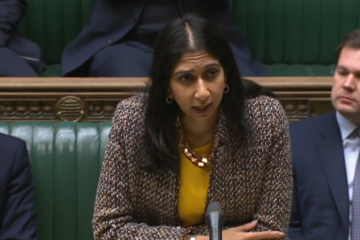 News of those who had died in rough Channel seas last week had filtered through the patchwork of leaky tents in scrubland near Dunkirk via social media and word of mouth.
Afghan Shamsul Rahman is so fearful of making the treacherous dinghy crossing that he asked if I knew where to buy a puncture kit.
The 34-year-old telecoms engineer said: “I want to buy one in case the boat starts leaking. I don’t want to die in the sea.”
Yet there is something that concerns Shamsul even more.

On Monday the High Court ruled that the Government’s plan to deport asylum seekers to Rwanda in central Africa is legal, moving the policy closer to being a reality.
‘No future in Rwanda’
In his makeshift home, a leaky tent amid some alder trees, he added: “I’m more frightened of being sent to Rwanda than of the sea crossing.
“My whole life would be worthless if I was taken there.
“It’s a poor country, there’s no future for me there.” 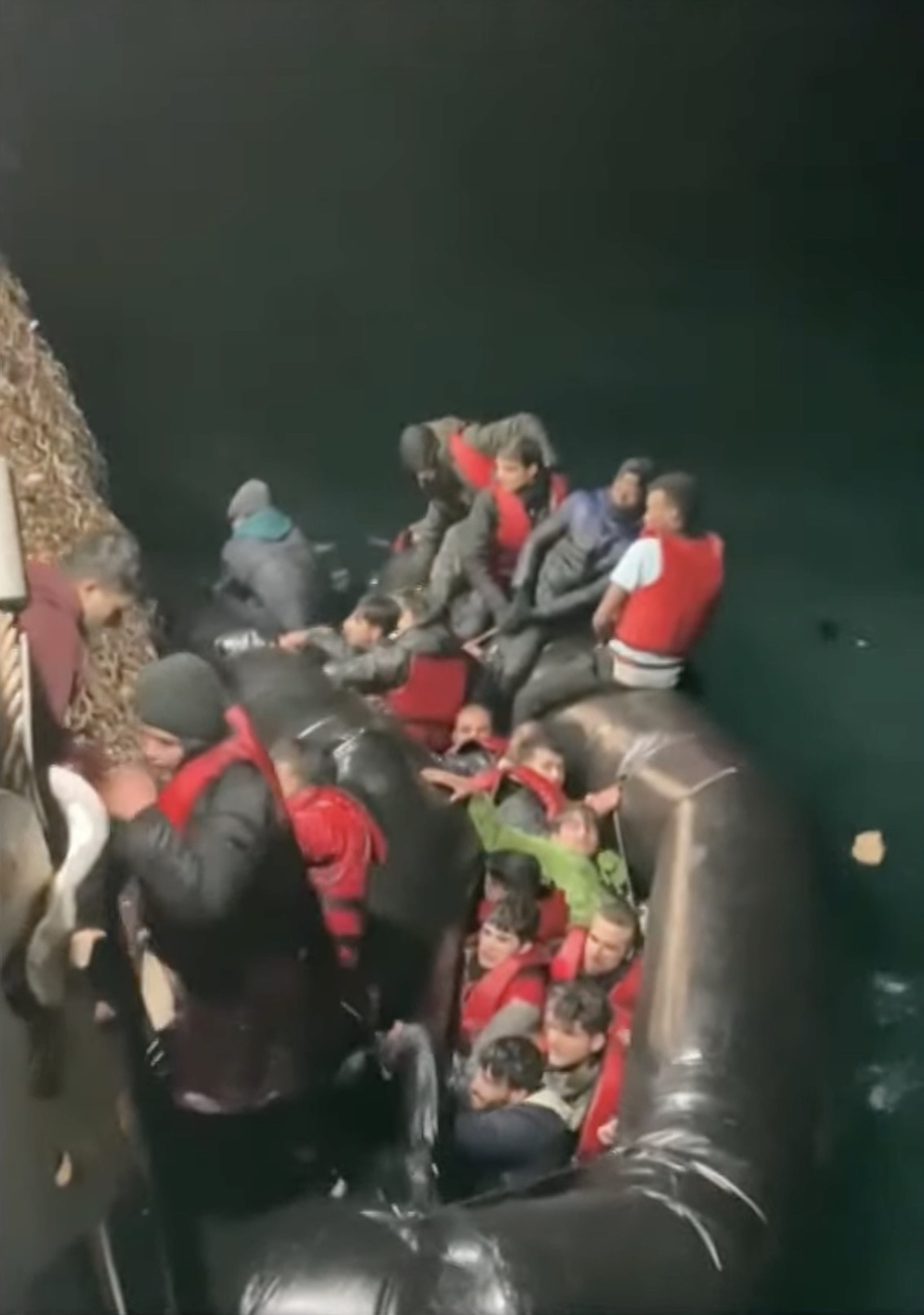 6After a dinghy sank in The Channel last week, 39 people, including eight children, were rescued but four died, including a teenagerCredit: Ruckas 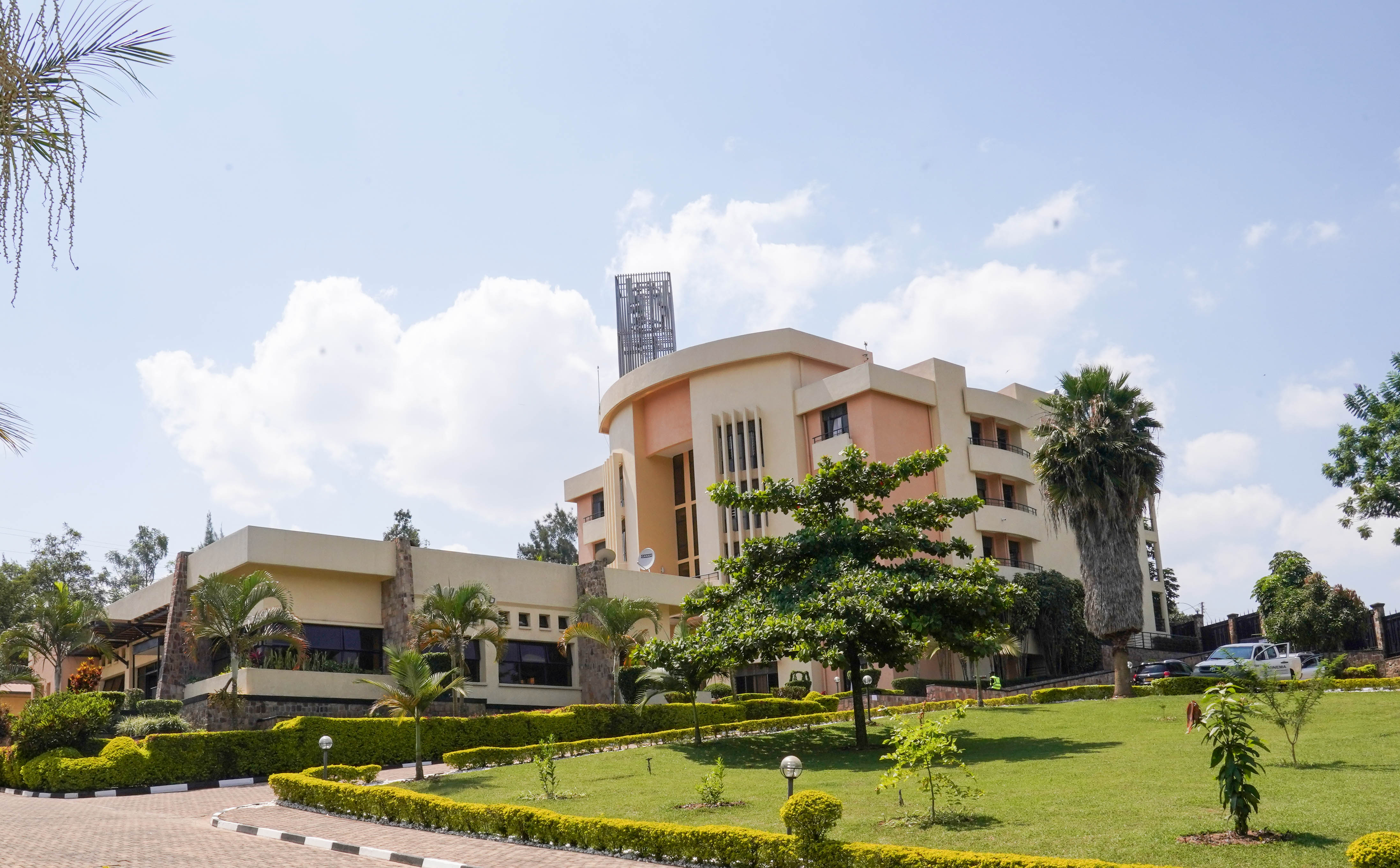 6Hope Hostel Kigali is where the migrants being deported from the UK will stay when they arrive in RwandaCredit: Paul EdwardsThe dad of four had already spent five days cold and hungry, waiting in nearby dunes for his passage to ­Britain.
But bad weather and the attention of French gendarmes saw his trip postponed, with his fare rolled over for his next attempt.
Fleeing persecution in his homeland, Shamsul — who secured a cut- price £1,200 berth on a dinghy — added: “Believe me, I don’t want to go illegally but there’s no other way.”
He told me he fled Afghanistan shortly before the Taliban seized power in 2021 and showed me pictures on his phone of his four children back home, aged between 13 and 19 months.
He added: “I’m worried that if I die, my family would be left without their only provider.”
Amid abandoned shopping trollies and discarded, rotting food at the camp, another Afghan migrant said: “The smugglers are Kurdish but it’s Afghans who work in a sort of ­marketing role and find clients.
“They blend in by pretending to be normal migrants. They’re here now.”
The gangs offer free passage for those migrants prepared to pilot the flimsy vessels, according to Ahmed.
He said: “If you drive the boat then you go free, but it’s difficult. It’s not like riding a bike, the waves are big and the wind is strong.
“Also, if you are spotted driving the boat by a British drone or plane you will be arrested when you arrive.”
Dad of one Ahmed, a civil engineer with a masters degree, who is ­escaping a vicious family feud, added: “I can’t swim. The crossing will be frightening, and of course I might die, but if I go back to Egypt I will die. So I will take a boat to Britain.
“It’s the same with many people here. They have heard about the deaths in the sea but they’ll still go.
“Our friends who have made the journey tell us Britain is a good place to live and work. We can work in restaurants, be Uber drivers or do online work and help the British economy.”
Nodding in agreement with Ahmed were migrants from Yemen, Syria, Iraq, Iran and Afghanistan.
The cloying mud here in the Jungle — where dozens sleep in ramshackle tents near a railway line not far from historic Dunkirk — was a quagmire after freezing temperatures gave way to driving rain.
Logs and pallets were burnt for warmth by the huddled masses, many in lightweight tracksuits and trainers.
PM Rishi Sunak’s recent pledge to change the law to return those who arrive illegally “to your home country or another safe country where your asylum claim will be considered” has hastened Shamsul’s plans.
Carrying his worldly possessions in two carrier bags — a few blankets, some tins of sardines and a block of cheese — he said: “I’m scared the law in Britain will be changed in 2023, so I want to go as soon as possible.”
I later discovered he safely made it to the UK after a six-hour dinghy ride under cover of darkness.
Shamsul recognised one of the ­survivors from last week’s tragedy when shown photos from the rescue, saying: “He’s an Afghan man who was here in the camp.”
Like those on that ill-fated dinghy, Shamsul was given an emergency number to call by French charity Utopia 56.
At around 2am on December 14, a harrowing 22-second WhatsApp voice note was left on the organisation’s helpline as temperatures dipped to -4C.
In it a man pleaded: “We have children and families in a boat.
“Water is coming in. Please help me, bro. Please, please. We are in the water. We have a family.”
In the darkness at around 3am, the crew of British trawler Arcturus discovered desperate and terrified migrants clinging to the side of their vessel some 13 miles from UK shores.
Skipper Raymond Strachan said: “It was like something out of a Second World War movie. There were people in the water everywhere, screaming.”
Poorly built dinghies
Eventually 39 people, including eight children, were rescued but four died, including a teenager.
Mr Sunak called the disaster a “tragic loss of human life”. 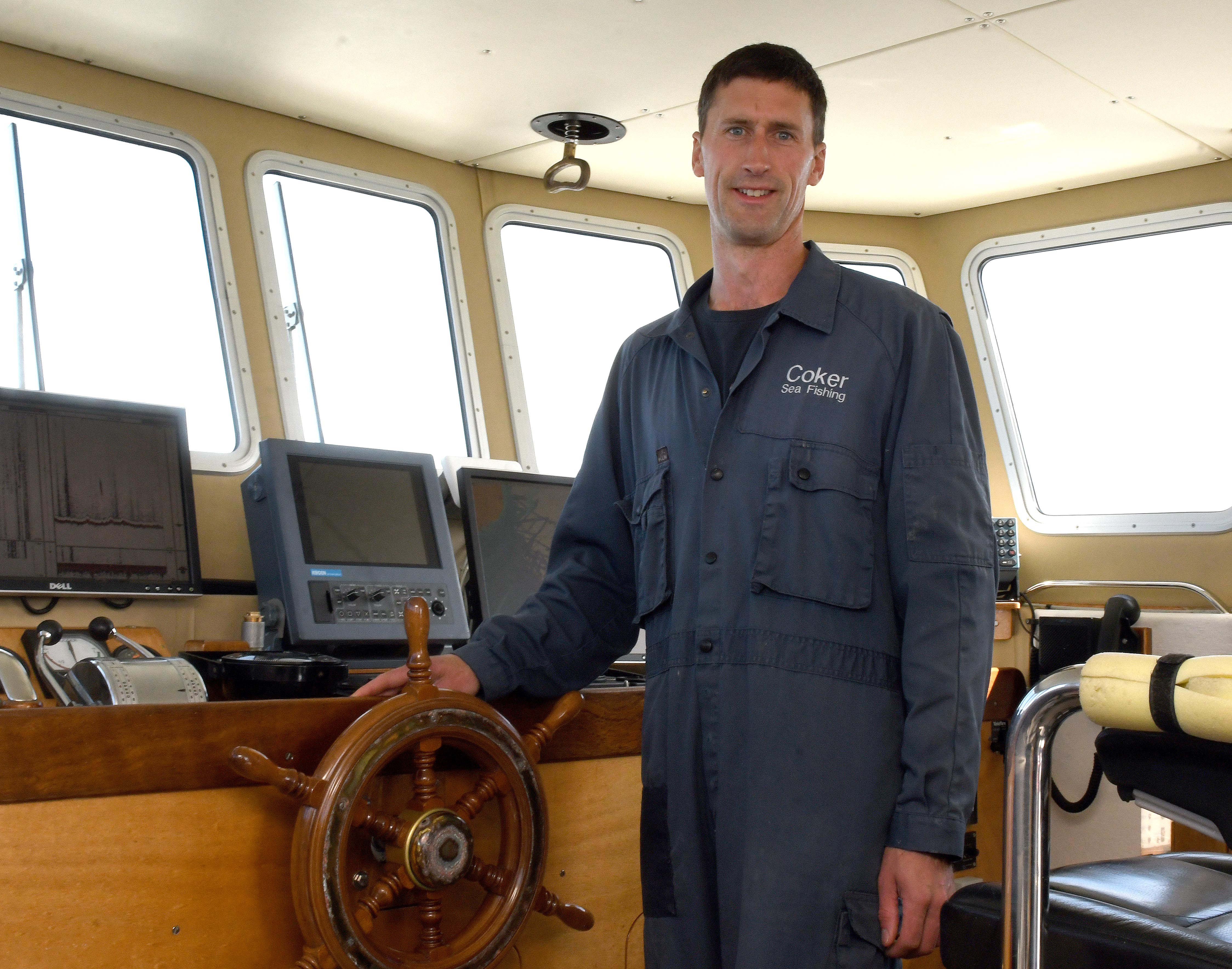 6Channel trawler skipper Matt Coker said he has seen over the last three years how smugglers have packed more migrants on to bigger, poorly-built dinghiesCredit: Steve FinnAnother trawler skipper out in the Channel that morning was Matt Coker, who told me: “It’s the time of year when the sea gets rough quickly.
“It was calm for a few hours when their dinghy left France, but that’s dangerous.
“It’s a lot rougher in the middle of the Channel.”
Matt, 42, said he has seen over the last three years how smugglers have packed more migrants on to bigger, poorly built dinghies.
He added: “They’re the cheapest boat you can make and made purely for people- smuggling.
“They’re not proper dinghies — they’re very long and very thin and they overload them.
“They’re pushing the limits with the weather. The dinghies change shape as they go up and down on the waves.
“The plywood floorboards then chafe and tear the sides, and they sink.
“They don’t separate tube compartments so when one bit goes down, the whole lot goes down.”
Dunkirk lifeguard station president Alain Ledaguenel said: “Since 2019, the type of boats used for these crossings has changed.
“We are now dealing with longer boats, sometimes with 50 people on board.
“These are very poor-quality inflatable boats which are made in China.
“I wouldn’t cross the River Seine in one of them.”
More than 45,000 migrants have crossed the Channel in small boats this year — including seven other dinghies on the day of the tragedy.
A French Interior Ministry spokeswoman told The Sun that “mass crossings” were now the norm, and said there was evidence that crossing payments were now around just £1,000, compared to £2,000-plus in the past.
Repeated efforts have been made to smash up migrant camps in the ­Calais and Dunkirk region since the 2016 destruction of the original Jungle — a vast encampment that attracted thousands to the area.
A Calais council spokesman said: “Tents and bivouacs appear, and so we obtain legal justification for removing them.”

Back amid the fetid camp near Loon-Plage, two Afghan teenagers were watching TikTok videos from last week’s mid-Channel rescue.
With a rasping cough, Ramin ­Baghlan, 18, said: “The sea looks frightening — but we plan to come to the UK today.”

Joe Biden under scrutiny as House Republicans gear up probes