I’m fuming after spending £2,000 on my shed – now I have to tear it down after my neighbours complained

A DAD-of-five who spent £2,000 building a customised wooden bike shed outside his house has been ordered to tear it down after neighbours complained it was an ‘eyesore’.
Nick Arnold hired a professional carpenter to build the ‘beautiful’ timber store for his family’s seven bicycles two years ago. 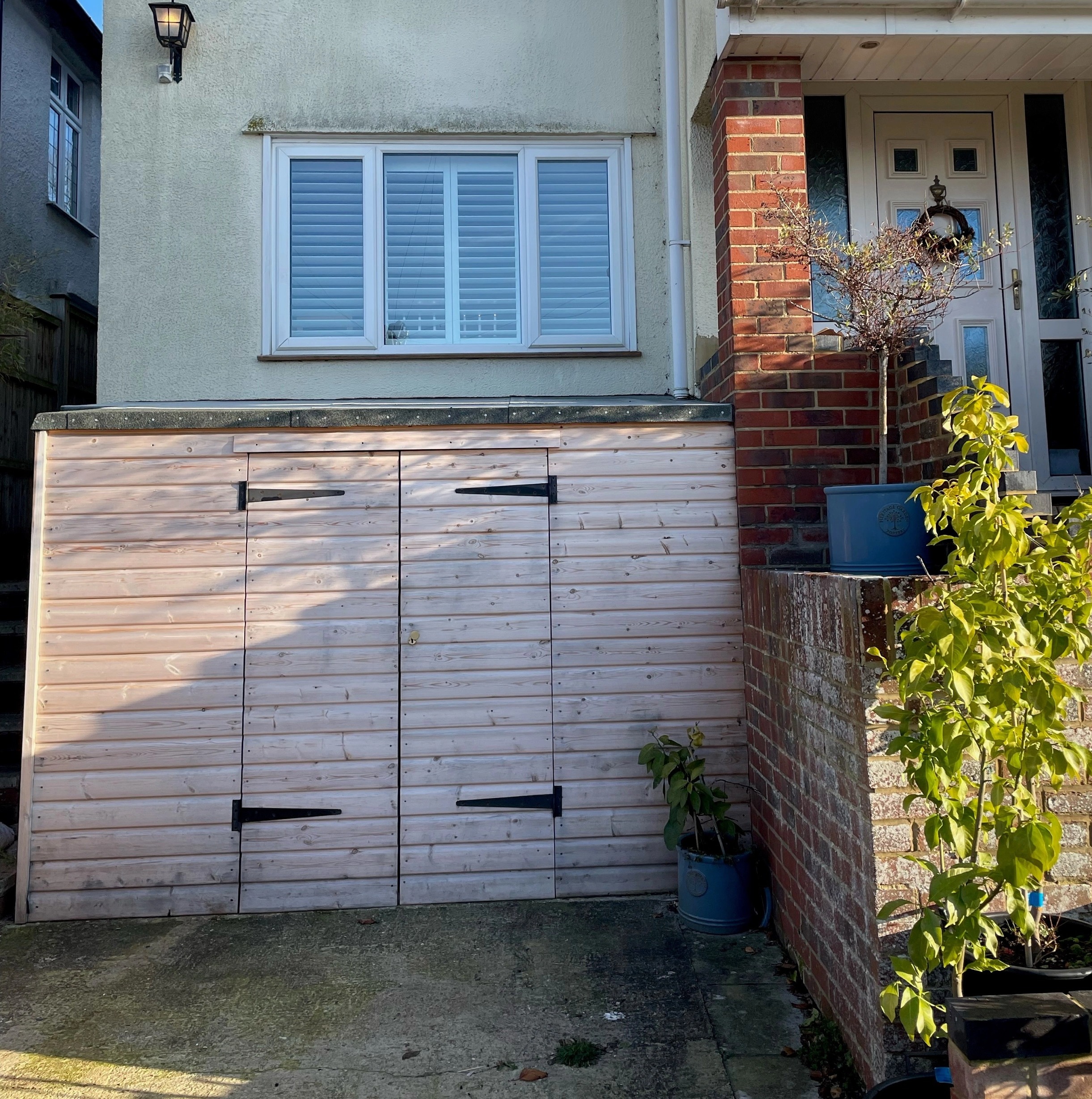 2Dad-of-five Nick Arnold has been ordered to knock down his bike shedCredit: Solent 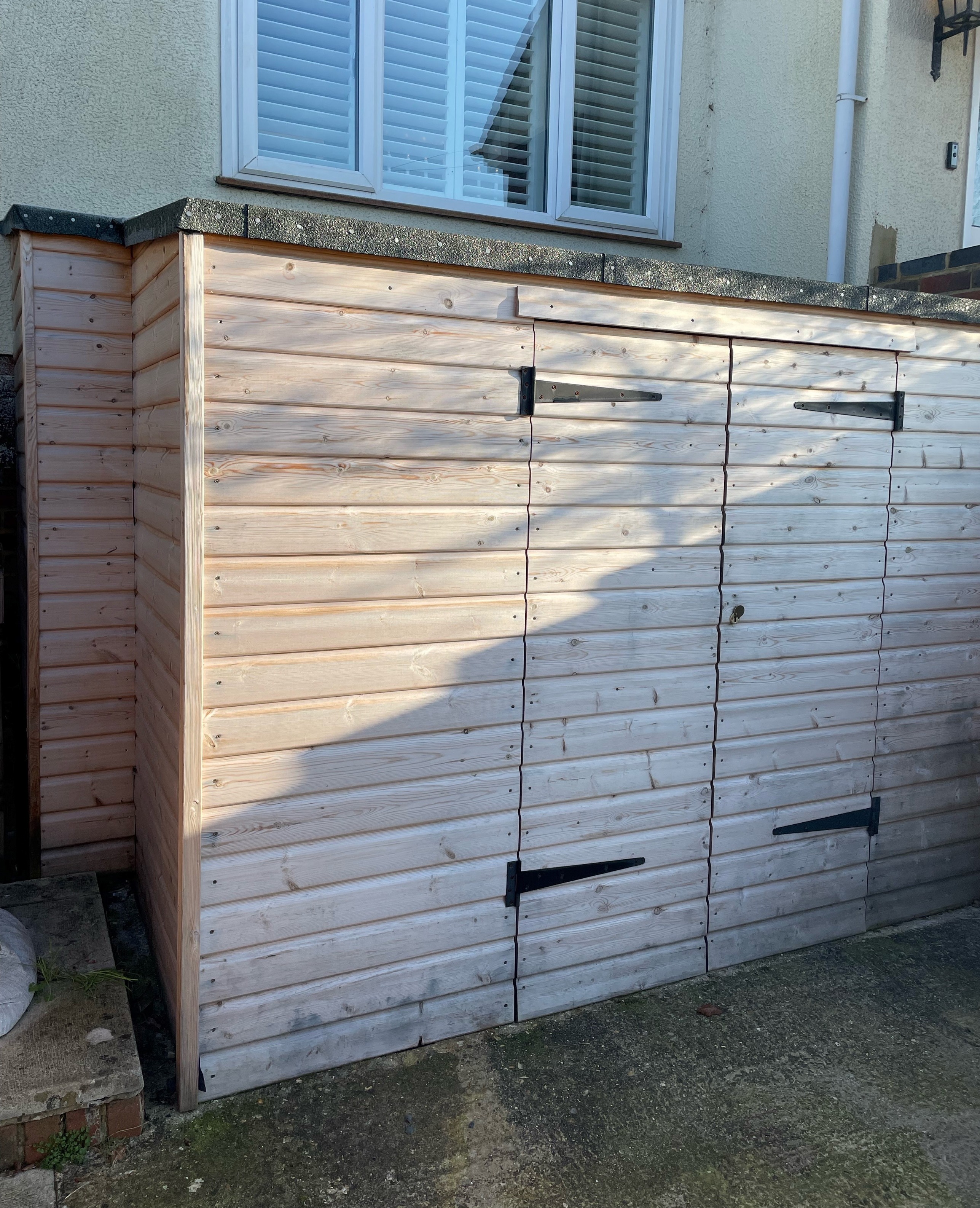 2Neighbours complained that it is an ‘eyesore’Credit: SolentBut earlier this year a council planning officer turned up out of the blue and told him it was in breach of planning laws in the cathedral city of Salisbury, Wilts.
In a bid to save the shed, Dr Arnold submitted a planning application which prompted a series of complaints from locals and the council who described it as ‘incongruous’ and ‘unsightly’.
One suggested the store would have been better off being built at the back of his £700,000 house.
His application was rejected by Wiltshire Council as the shed had been built too far in front of the home and the 42 year old was given 28 days to take it down. 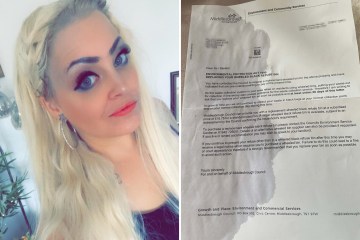 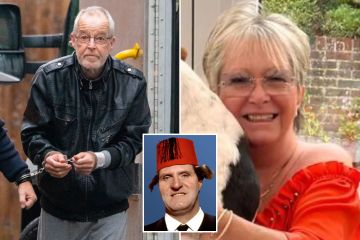 While he considers an appeal, the shed has had a stay of execution. But the decision has upset Dr Arnold and his family and facing a bill to have it removed.
He said: “We built it in good faith. It’s a beautiful bespoke wooden bike shed. We’re going to have to pay someone to dismantle it.
“We tried to be sustainable and environmentally friendly, but we’ve been told it’s not in keeping with the rest of the house.
“I thought I was doing the right thing. We try to cycle instead of using the car, so this is extremely frustrating.

“We get on very well with all of our neighbours. This isn’t some sort of neighbourly dispute. When we built it, we didn’t understand planning laws.
“We’ve never had any issues with them. If it weren’t for the comments left on the planning application, we still wouldn’t. It’s very upsetting.
“I’m really disappointed. We have seven bikes. I don’t know what I’m going to do once the shed is gone. There are steps at the back of our house, and it’s really tight, so we can’t put the bikes there. We’re going to have to get storage somehow.
“We withdrew the planning application, but we might resubmit it. I don’t know what we are going to do.”
When the application was submitted, Salisbury City Council called the shed ‘unsightly’.
Commenting on the application, Mr Arnold’s neighbours, David and Elaine Milton, said: “The timber cladding in place of the former garage door is out of keeping with the main brick and rendered walls of the house.
“The cladding incorporates an undercroft accessed via a timber hatch which looks completely out of place within the context of the traditional masonry house.
“The timber lean-to bike store is poorly integrated with the house and appears as an incongruous addition on the front elevation.The structure would be better relocated out of sight at the rear of the house.”
Timothy and Joanne Diaper added: “We think the garage should be brick and render, not boarded up in shed timber.
“Brick and render would be in keeping with the property, which in turn would complement the property’s appearance. Cladding painted or otherwise looks unsightly and diminishes the look of the property and that of the surrounding area.”
Another neighbour, Duncan Alabaster, also said: “The timber cladding is not in keeping with the existing rendered front and is an eyesore.

“If they are allowed to keep the shed, this will set a precedent for others to start doing the same thing.”
Wiltshire Council has been approached for comment.

NASCAR Star Kyle Busch Says He Was Detained In Mexico Over Firearm, Apologizes

Almost 30 New Zealanders registered as being in Turkey – MFAT

DeSantis expected to gain control of Disney district’s governing board