HomeUK NewsI'm being sued by my neighbours after I tried to get my...
UK News

A MAN is being sued by his neighbours after he tried to get his son’s ball back when it went over their fence.
Chaim Adler, 34, is facing a damages bill after being dragged to court when a high-flying couple refused to give his son’s ball back that went into their garden.

2Chaim Adler is being sued by his neighbours after he tried to get his son’s ball back that went over the fenceCredit: Champion News 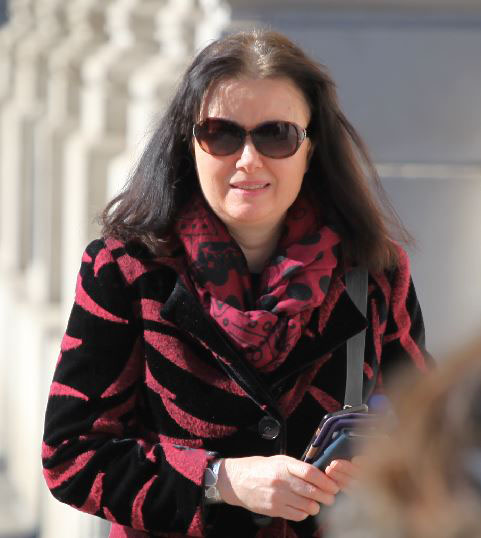 2Dr Edel McAndrew-Bergson outside Mayor and City County CourtCredit: Champion NewsChaim Adler burst into the garden of his parents’ next-door neighbours – lawyer Warren Bergson and his psychologist wife Dr Edel McAndrew-Bergson – after they confiscated his son’s football in May 2018.
The “mature” couple were frustrated at the noise of the ball being repeatedly “smashed” against their fence.
And Mr Bergson took it after it went over into their garden in May 2018 in order to get some peace, Mayor and City County Court heard.
Angry because his son had been reduced to tears, Chaim burst into the couple’s garden. 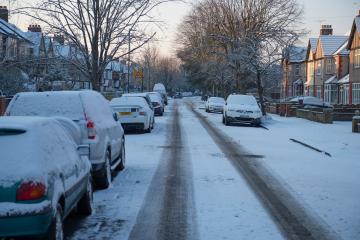 Described as hopping mad, he ranted at and threatened Mr Bergson, dancing around on one foot and using “aggressive body language,” which caused him and his wife to fear an attack.
That included banging on the Bergsons’ door and pressing his face against their window while “baring his teeth and growling” at them.
Now, after being sued by the Bergsons for harassment, fire alarm company boss Mr Adler faces having to pay damages and a potentially huge lawyers’ bill.
At Mayors and City Court, Judge Stephen Hellman KC found that, although Mr Bergson should not have confiscated the ball, Chaim Adler had overreacted and “harassed” the couple.

The judge said: “It is sad that matters have got this far. It may be that – one second to midnight – the parties can resolve the remaining matters between them.
“I strongly encourage everyone to attempt to do that.”

Share
Facebook
Twitter
Pinterest
WhatsApp
Previous article
Bitcoin Is Languishing After the FTX Selloff. When Will It Be a Time to Buy?
Next article
Australian Government weighing up news methods to cut smoking in half over next decade
RELATED ARTICLES
UK News

Rocket Companies CEO says the housing market will return to ‘normal’ in 2023 and what happens when the COVID-19 emergency declaration ends? Brace for...

Rocket Companies CEO says the housing market will return to ‘normal’ in 2023 and what happens when the COVID-19 emergency declaration ends? Brace for...