HomeUK NewsI'm an archeologist and I know where the lost Egyptian tomb of...
UK News

AN ARCHEOLOGIST believes he has located the lost Egyptian tomb of Queen Nefertiti – and he has proof that she is buried there.
Nearly 100 years ago Brit Howard Carter uncovered the final resting place of the young king Tutankhamun – the Queen’s stepson. 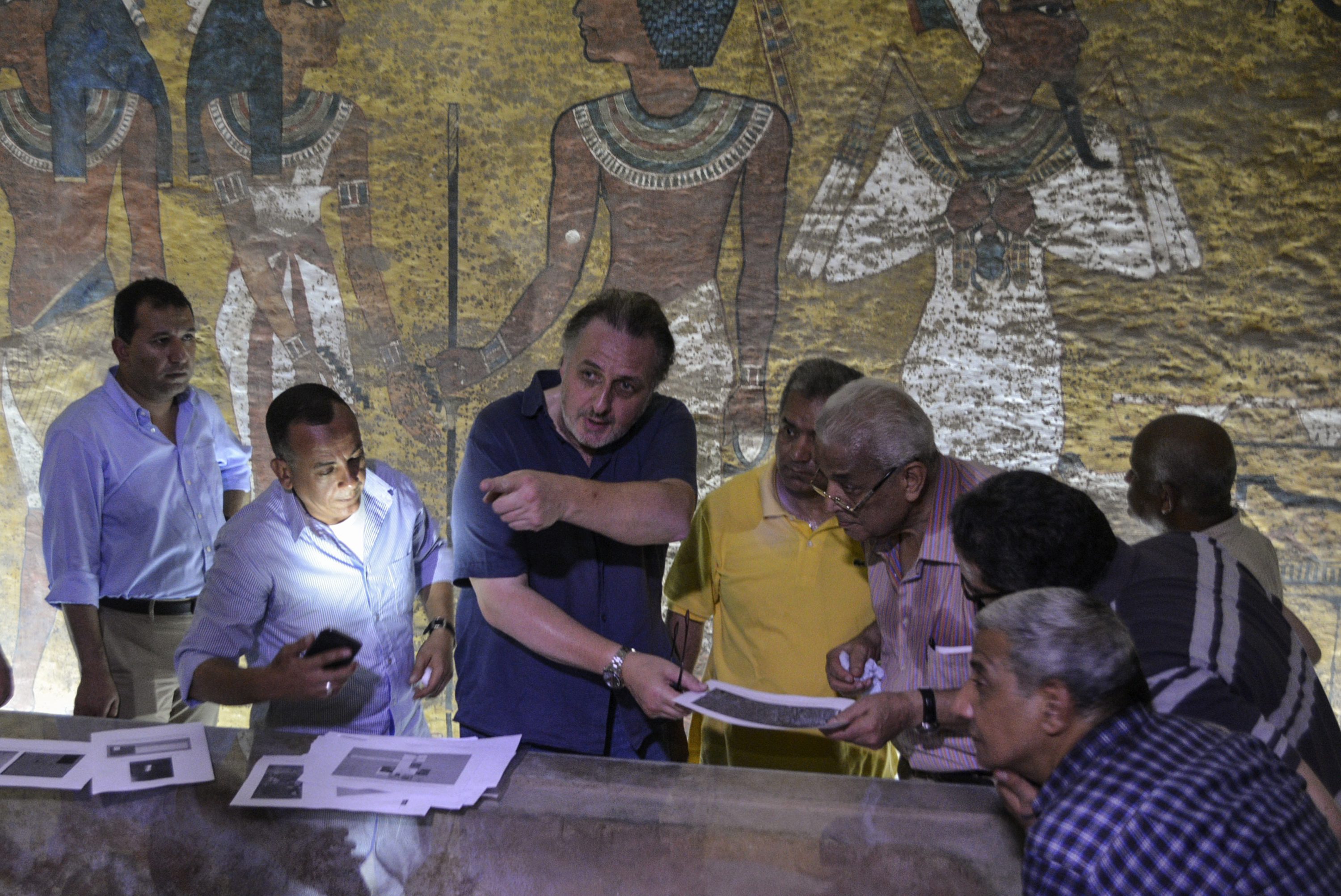 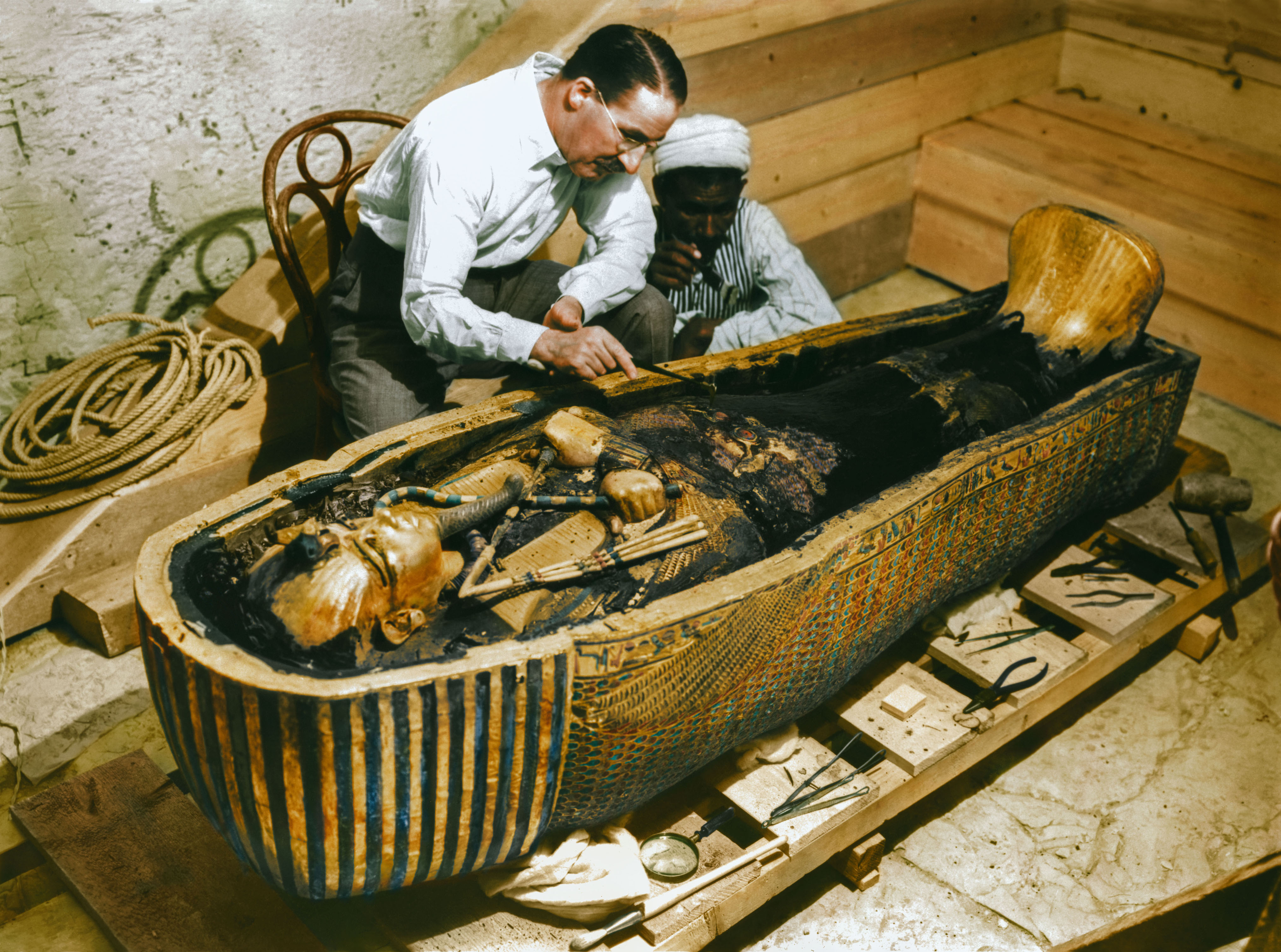 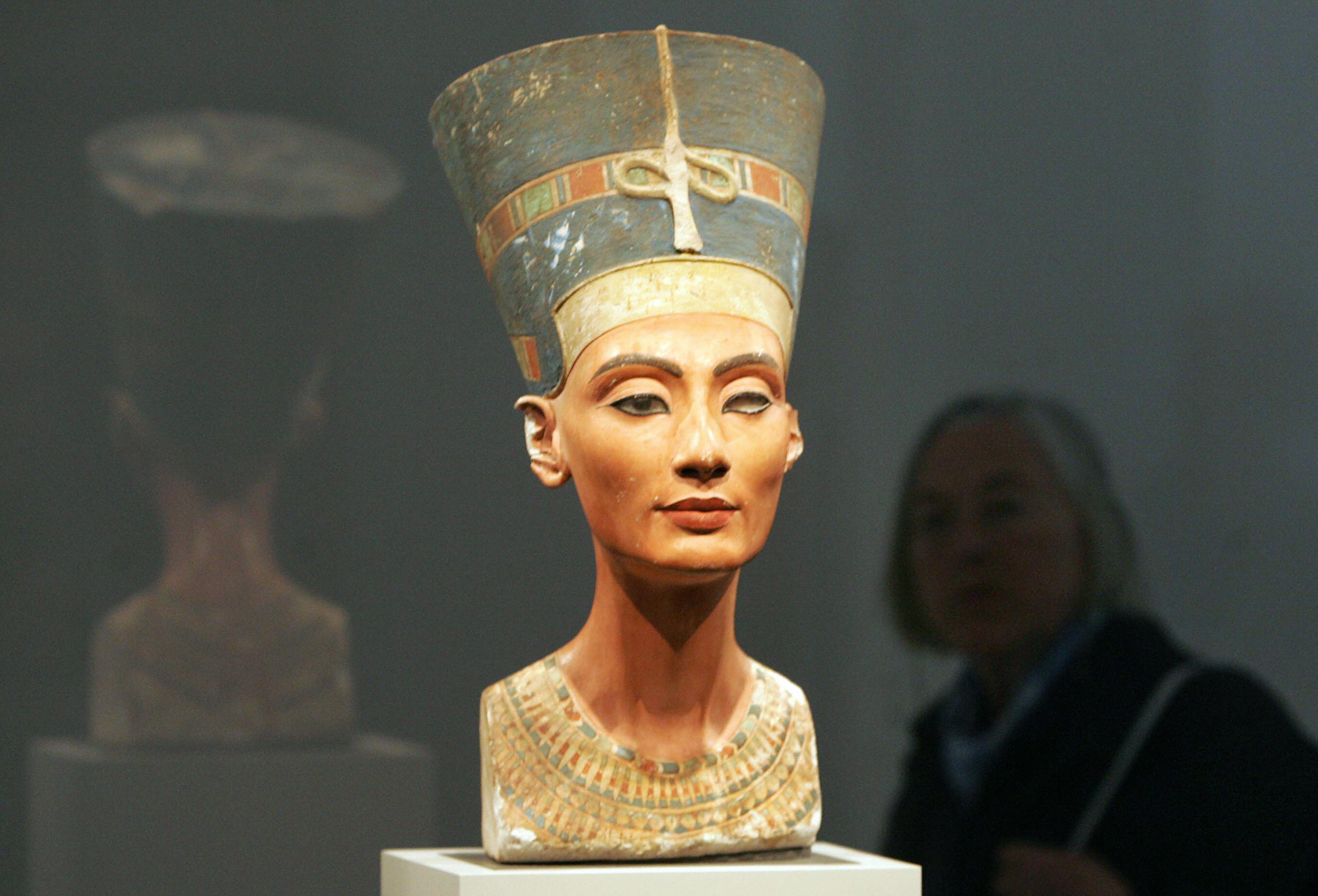 5Nefertiti’s bust at the Neues Museum in BerlinCredit: Getty 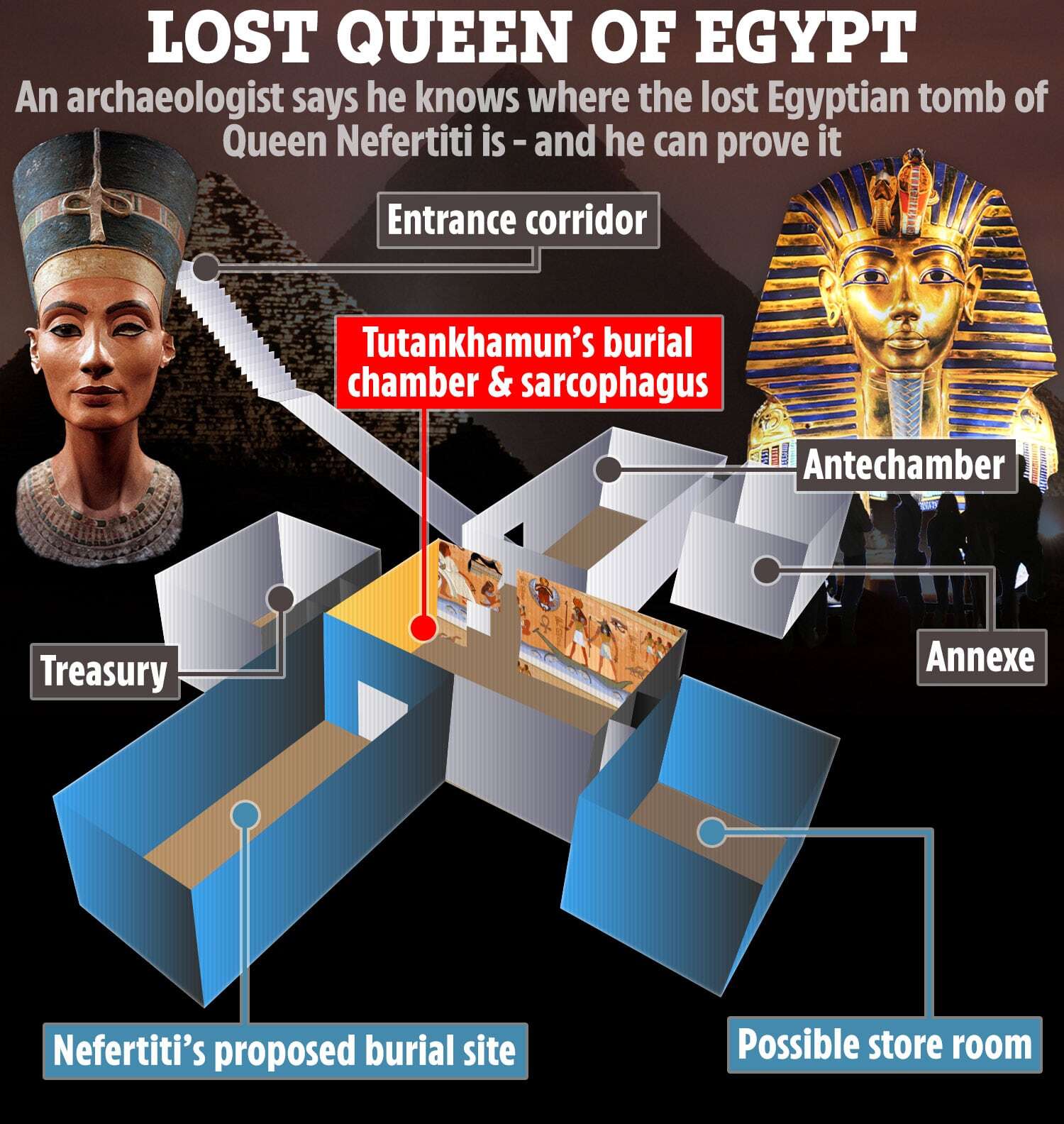 But now expert Dr Nicholas Reeves claims he has found the tomb of the lost Queen in the very same place.
Speaking to the Times, he said that Tutankhamun’s burial site was merely an antechamber of the Queen’s tomb and was used at the last minute when the young king died unexpectedly.
According to Reeves, who has been developing his theory since 2014, radar scans show traces of two doorways that were mysteriously sealed off by tomb builders.
He believes one of these could connect to Nefertiti’s tomb. 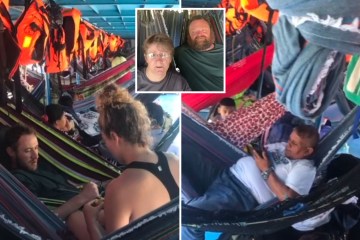 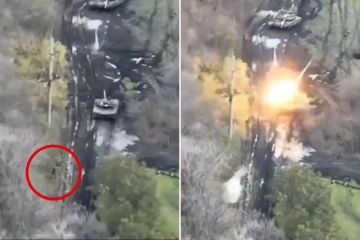 “The greatest archaeological discovery in the world has got more to give — potentially something far more impressive than Tutankhamun’s burial,” he said.
“I’m suggesting that the most famous woman in the ancient world is also buried there.”
Another clue involves two cartouches – ovals with a pharaoh’s name in hieroglyphs – painted on the northern wall of Tutankhamun’s burial chamber.
According to Reeves, they were altered to show Tutankhamun overseeing his stepmother’s burial rites and not of Ay, the pharaoh proceeding Tutankhamun.

To Reeves, this means the chamber where the pharaoh lays is actually Nefertiti’s resting place.
Reeves suggests Tutankhamun’s entourage was caught completely off guard when he suddenly died aged 19 and buried him in Nefertiti’s tomb instead of building a new one, which would have taken time.
Instead, he was put in an improvised burial chamber in the front hallway of a structure build for Nefertiti.
Reeves also claims paintings portraying the fallen pharaoh as fleshy and with a chubby chin is a “perfect match” of the famous limestone bust of Nefertiti at the Neues Museum in Berlin.
Archaeologists have long been puzzled by the relatively small size of Tutankhamun’s burial chamber which has the same dimensions of an antechamber.
The debate around Nefertiti’s tomb has been raging for decades with some scholars suggesting she was buried 250 miles away from Tutankhamun’s tomb in Amarna.
But another set of radar scans are said to explain the anomaly behind Tutankhamun’s tomb known as KV62 with “approximately 90 per cent” chance of another antechamber and tomb.
Reeves believes there is a 50-50 chance “she’s there or she’s not”.
This theory has long been discounted by other archaeologists who claim the scans don’t back up Reeves’ claims and are said to clash with the view of the Egyptian authorities who control access to the excavations.
“My theory is not straightforward. It’s logical — but it’s not for the timid,” Reeves said.
“Egyptology is a greasy pole and everybody is trying to climb to the top. There is a lot of competition and nobody likes to see their colleagues succeed.”
Nefertiti was believed to have been queen alongside Pharaoh Akhenaten from 1353 to 1336 BC and may have gone on to rule Egypt herself after her husband.
The pair wielded power over one of the largest and most powerful empires ever seen during its most prosperous period.
Nefertiti was made famous by the beautiful bust of her head, which is believed to have been sculpted around 1340 BC.
The artefact was rediscovered in 1912 and is now on display at the Neues Museum in Berlin. 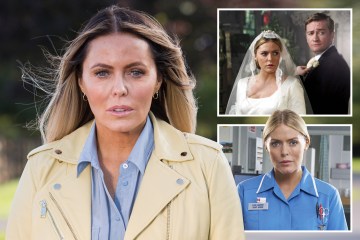 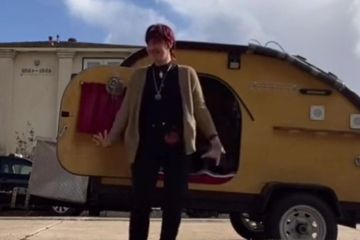 Despite decades of searching, Nefertiti’s mummy has yet to be discovered.
Plenty of Egyptologists have spuriously claimed to have found her remains, though without conclusive proof. 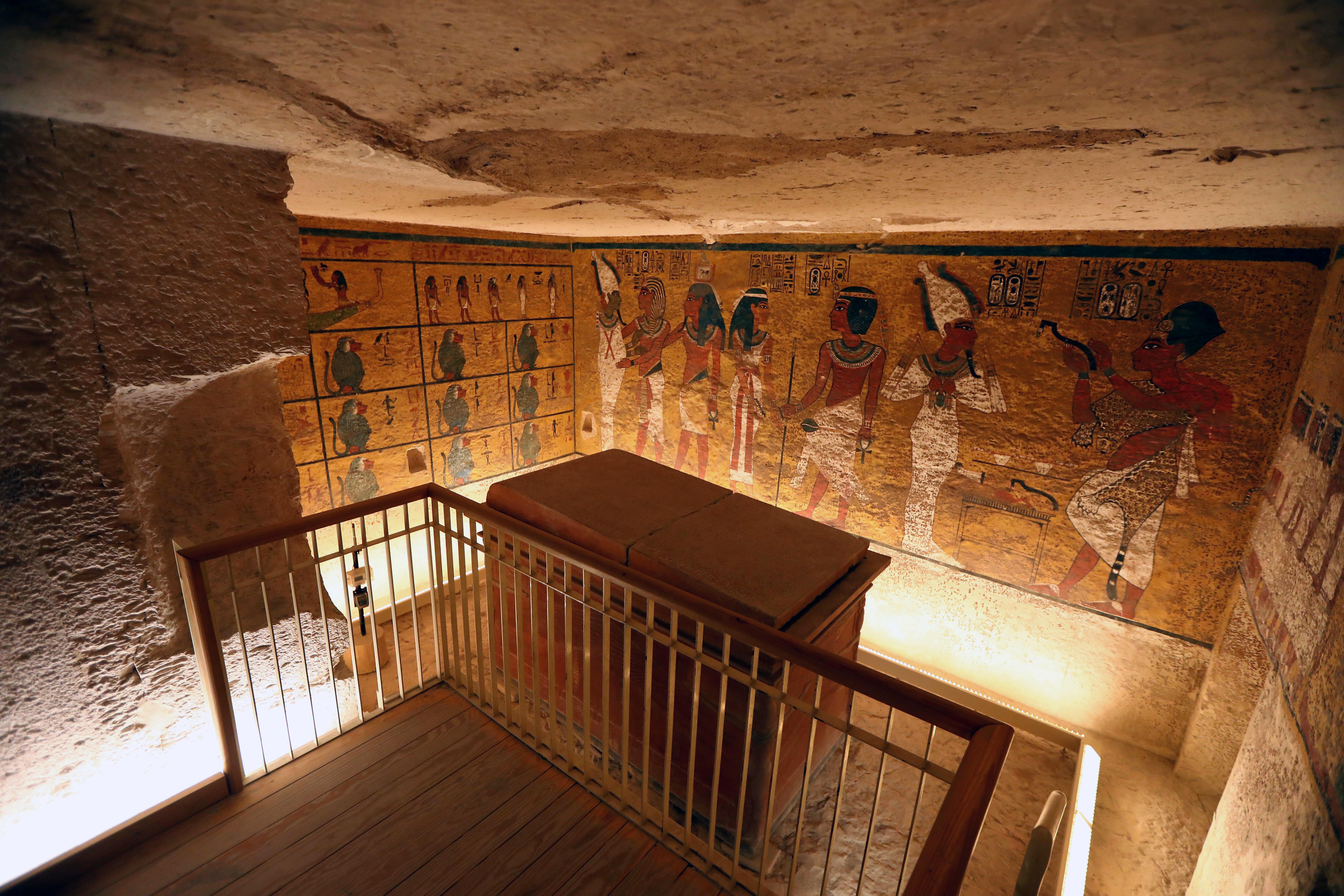 5Reeves’ theory claims there are two chambers housing Nefertiti and her belongings behind Tutankhamun’s tombCredit: EPA 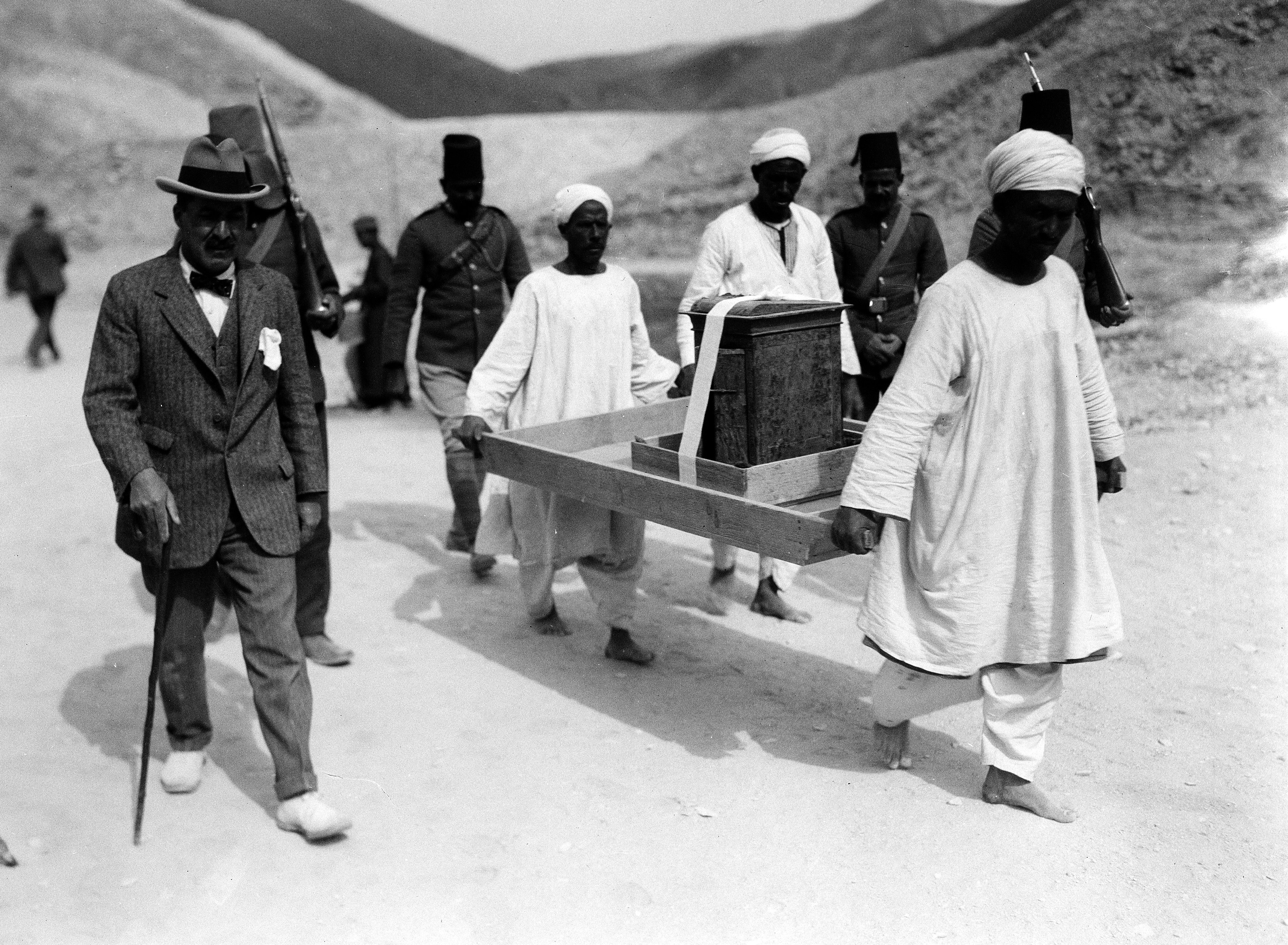