HUMANS in the year 2040 will have built-in QR codes tattooed on their wrists, a man claiming to be a time traveller has said.
The voyager from the future who goes by the name Carlos appears in a video to back up his improbable claim. 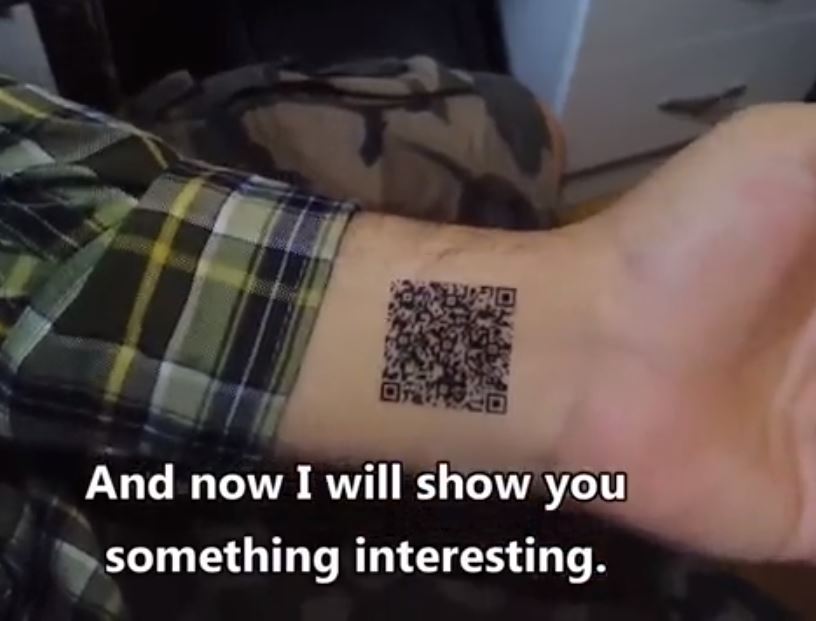 2Carlos the quantum leaper show us his ‘QR code’ 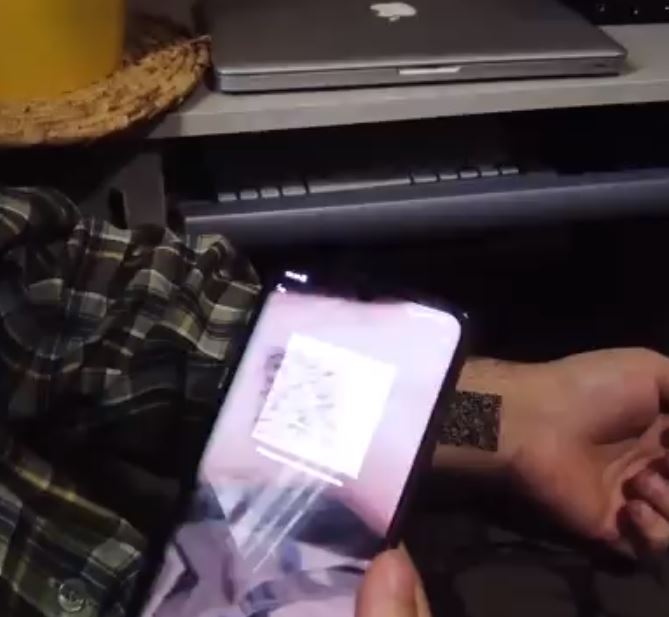 2He claims the fact that his phone can ‘read’ it is proof the QR codes already existCarlos introduces himself in a YouTube video by saying he’s from Alicante in Spain and though he was born in 2012 is “not from current times”.
He goes on to say that “in 2028 the world you know will disappear” when cryptocurrency takes over from cash.
But rather than being paid in crypto coins to spend how you please, you will get coins for specific purposes such as EatCoin for food, says the time traveller.
Then in 2029 a new system was introduced called ‘Me QR’, claims quantum leaping Carlos. 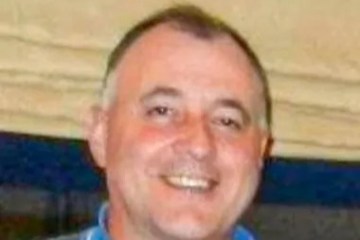 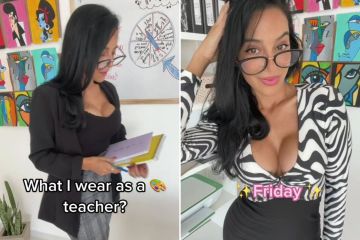 “Everyone has a QR code on their hands which contains all the information about that person,” he said.
This includes passport data, illnesses, any criminal history, family status, vaccinations and crypto coins.
He adds in the future “of course whether to have a QR code or not is your decision , no one is forcing you to do it”.
“But imagine not having to carry any documents with you, for example when you go on a vacation.

“In my case it was a huge relief because I used to always forget documents.”
Carlos then unveils his ‘QR Code’ which is on his wrist and he then proceeds to ‘scan’ it, all accompanied by dramatic music.
The fact that his phone can ‘read’ this QR code proves “they are secretly developing the Me QR program”.
It comes as another ‘time traveller’ claims to have photographic evidence of the apocalypse.
The bizarre bloke, known only as Edward, insists he was sent to the future after taking part in a top-secret experiment in 2004.
He claims he defied the laws of physics and was propelled 3,000 years ahead while working in a laboratory in Los Angeles.
The self-proclaimed quantum leaper says he was given a special assignment to take photos of what life was like in the future.
Others also claim they have been granted the time-travelling gift and share their baseless theories on social media.
One TikToker who peculiarly claims to be from the year 3000 says he correctly predicted Elon Musk would buy Twitter – so wants people to take his warnings more seriously.

Another self-proclaimed time-traveller suggested scientists will discover a deadly new virus this month.
They claimed experiments at the research facility CERN would cause “more bizarre events” while a pandemic will originate in Antarctica.

Short Interest in Stocks Has Dropped, but Market Risks Remain

Short Interest in Stocks Has Dropped, but Market Risks Remain