HomeUK NewsI spent over £200 at Winter Wonderland - people say we were...
UK News

A WOMAN spent over £200 at Winter Wonderland and branded it “absolutely” worth it.
The single mum, who goes by the name Chan, posted a video on TikTok documenting her trip to the festive market in London. 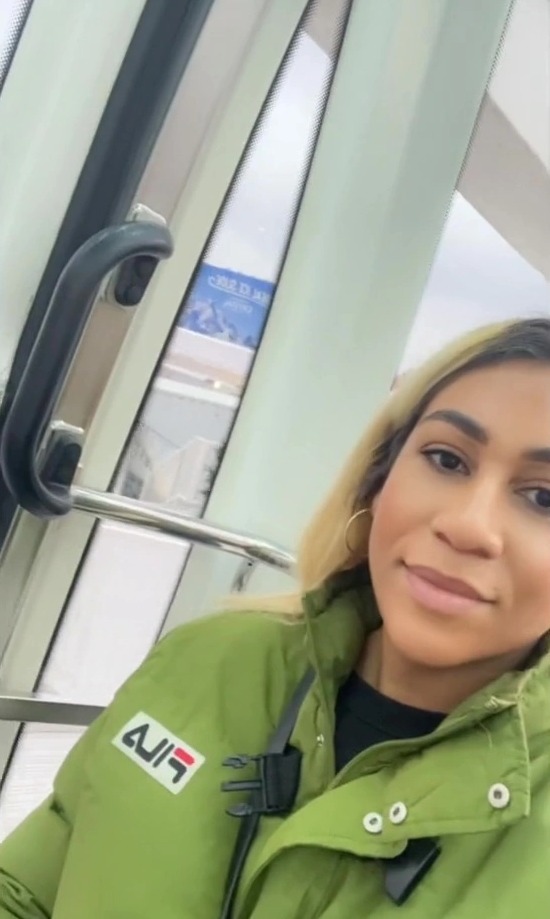 5A single mum claims she spent over £200 at Winter WonderlandCredit: TikTok/@corporatemum21 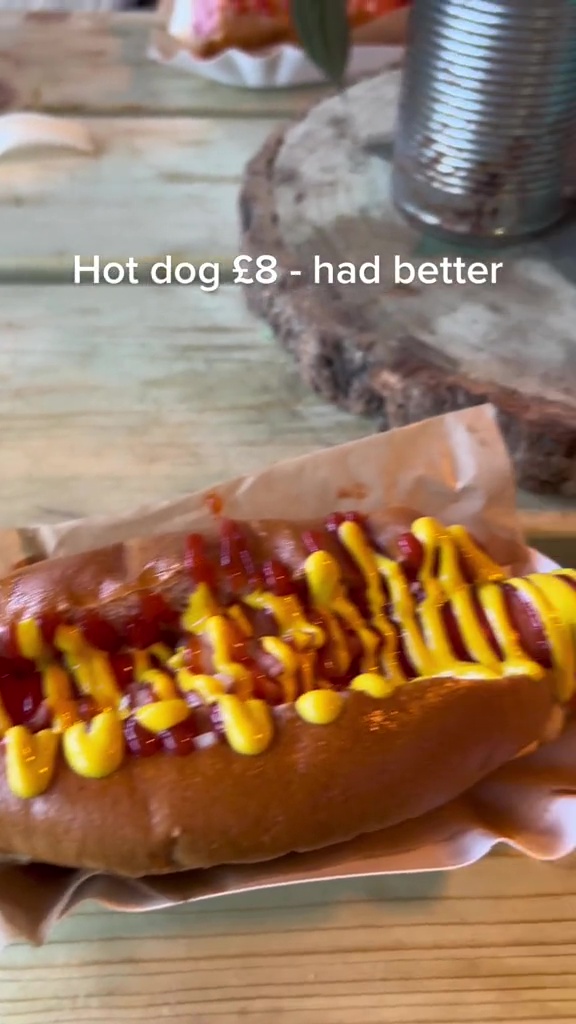 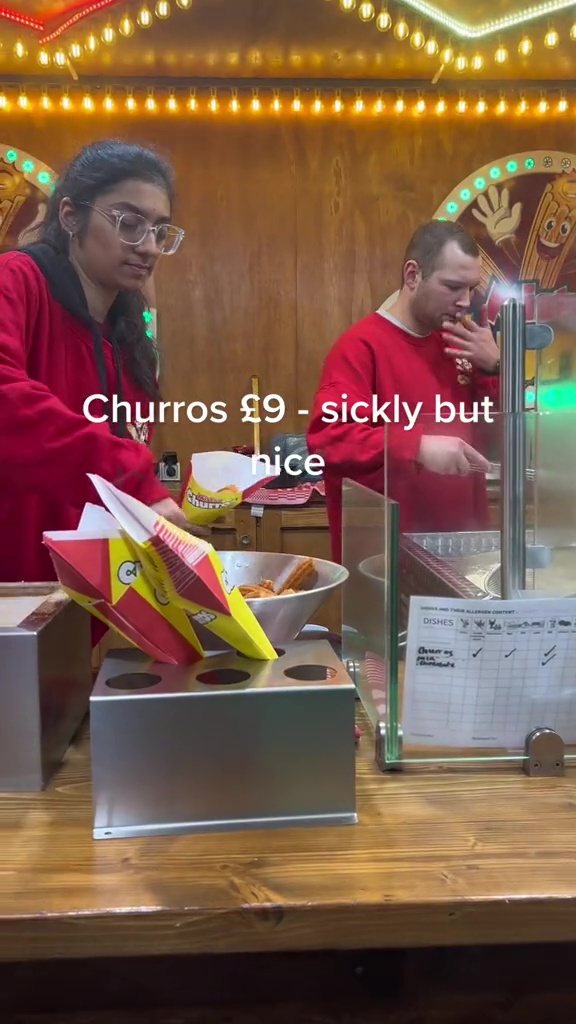 5Her spending including £9 on churros and £7 on a hot chocolateCredit: TikTok/@corporatemum21Claiming to have spent hundreds of pounds on the afternoon out, she listed details of her spending.
She happily paid £7 for a hot chocolate and £8 for a single hot dog – but admitted she’d “had better”.
And after spending £16 each to enter the ice bar, she only stayed for a measly 10 minutes.
In terms of rides, Chan went on the big wheel – which charged her £10 each – and ice skating for a steep £15.50. 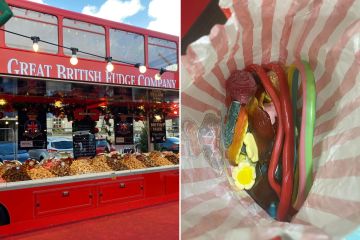 Despite being the 15th year of festive fun at Hyde Park, many have dubbed it a rip off vowing never to go.
Amid the cost of living crisis many slammed the once reasonably-priced family day out as “expensive and overpriced”.
One user commented under the video: “With a cost of living crisis, those prices are extortionate and unfair on customers.
“Nobody should be spending that much for food and drinks.”

Meanwhile another said: “I’m sorry £8 hot dog, £7 hot chocolate!”
Another added: “People get ripped off so bad.”
A man simply joked: “Could have gone to Disneyland Paris for that.”
It comes after The Sun Online visited the market where two small bags of pick ‘n’ mix cost nearly £20, candy floss was £8 and a potato on a stick was £7.
The day would now cost parents around £40 to eat before you even have a drink or go on the rides.
One woman named Winnie was tucking into a hot dog covered in onions and sauce in the Bavarian Village.
She said: “It was expensive, it was £9.50.
“It’s a special [and] it’s delicious but a little bit too expensive.”
Winnie added she wasn’t happy to pay that price but at an event like Winter Wonderland “you don’t really have a choice”.
A breakdown of everything she spent:
Hot chocolate – £7
Hot dog – £8
Ice bar – £16 each
Giant wheel – £10 each plus £10 fast track
Ice skating – £15.50 each plus £2 charge for bags
Churros – £9
Beanie hat – £15
Fairground game – £10 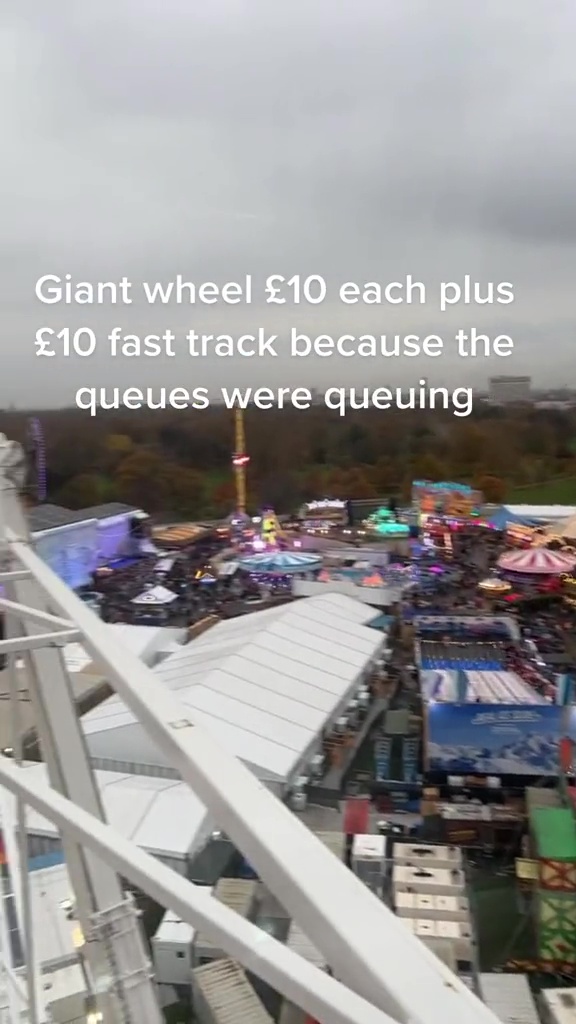 5As well as high prices for food, the rides were also expensiveCredit: TikTok/@corporatemum21 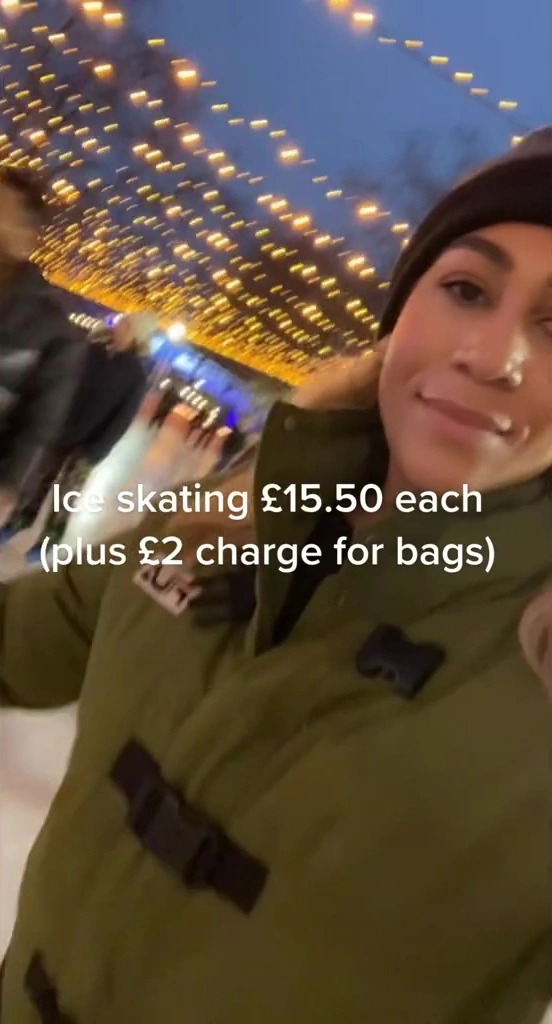