HomeUK NewsI lost an eye after a rocket exploded in my face at...
UK News

A BRAVE boy has told how he lost an eye when an out-of-control firework exploded in his face.
Tyler Norris-Sayers was at an organised Bonfire Night display in Burnley with his mum when the rogue rocket flew into the crowd – leaving him with life-changing injuries at the age of just ten. 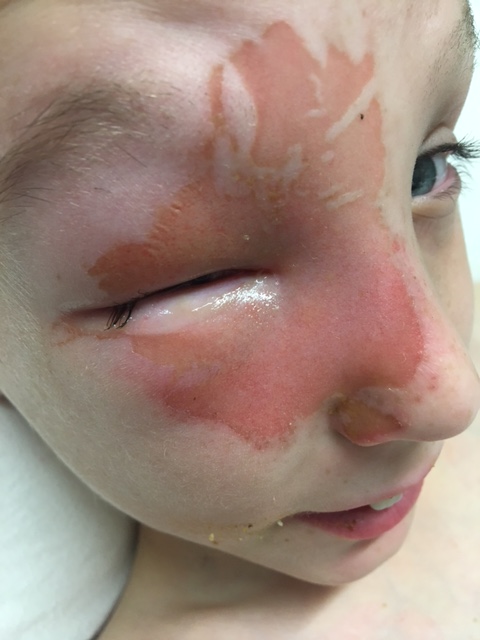 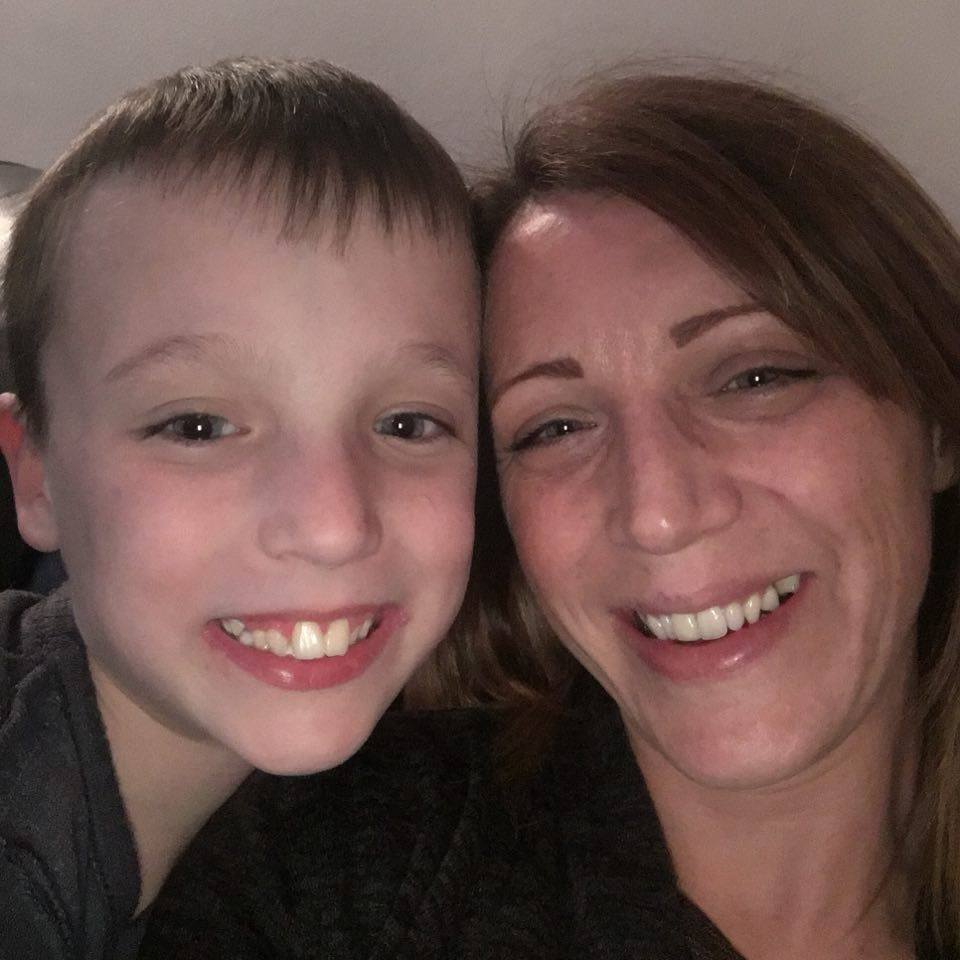 5The youngster, pictured with mum Nicola, has warned Brits to stay safe this Bonfire NightCredit: Nicola SayersHe underwent more than 70 operations, but doctors were unable to save his eye.
Tyler, now 16, is considering having a prosthetic eye fitted and has spoken out about the horror for the first time.
The youngster, who is attending college, has warned Brits to stay safe at firework displays on Saturday.
He told The Sun: “I can’t remember exactly how it felt, but I do know it could have been a lot worse than it was. 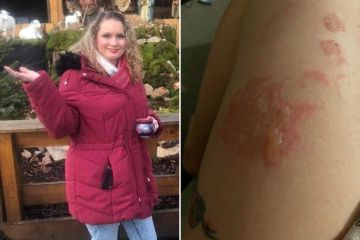 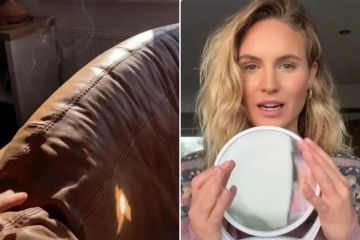 “But now I still feel fireworks are dangerous if in the wrong environment, and I feel my accident was just an accident, and nobody’s fault.
“I don’t feel bad about it and as for the future, I don’t know, but I may go through with the prosthetic and see how it goes as it may be better in the long run.”
Tyler’s life was turned upside down by the accident and he missed a large chunk of his education as he was in and out of hospital receiving treatment.
He sadly didn’t get the GCSE grades he needed to go on an animal management course, but he is now studying a computer course at college instead.

Tyler said: “I’m not really into school anyway and couldn’t wait to leave. I was upset I didn’t get my grades I needed to do the course I wanted but I guess that’s because I’ve missed a lot of school because of my accident and the pandemic didn’t really help.
“Now I probably would have worked harder had I known that it would affect me so much. I’ve had so many operations and missed out on lots of stuff.
“So, this is why I want to warn people that it is not worth missing out on important stuff even if it doesn’t seem important now.”
Tyler was at an event at the Railway Social Club in Burnley with his mum Nicola when just ten minutes in the display turned into a nightmare when a firework fell over and shot into the 100-strong crowd.
A 60-year-old woman and an eight-year-old girl were also injured in the blast.
Nicola, who was standing behind a security barrier with Tyler, heard him crying on the floor and looked down to see his jacket engulfed in flames.
She said: “It all happened so quickly. We were stood behind the barrier when one of the fireworks fell over and fired into the crowd and exploded.
“It hit Tyler in the right eye. It was going off when it hit him. It knocked him off his feet. When I looked round, I heard him crying. He was on fire. He had two big holes in his jacket from the fire.
“I ran over to him and when I saw his face, I couldn’t believe it. I was trying to put the fire out. I was screaming. I took him inside the club and lead him down on top of the bar.”
Nicola, 44, says an off-duty nurse assisted and put cold compresses on his face as they waited for an ambulance.
HOSPITAL DASH
Tyler was rushed to Royal Blackburn Hospital where he underwent surgery to remove debris from his swollen eye.
The next day he was transferred to the burns unit at Royal Manchester Children’s Hospital for further treatment.
Police and the Health and Safety Executive launched a probe into the freak accident in 2016.
It later emerged organisers did not have insurance for the event following a probe by Lancashire County Council.
Nicola was forced to spend thousands and travel hundreds of miles for Tyler’s treatment at the UK’s top eye hospital.
He underwent several operations at the Queen Victoria Hospital in East Grinstead – 274 miles away from their home in Burnley, Lancs.
The 548-mile round trip costed Nicola £1,000 each time in travel and hotel costs.
Nicola, an admin manager, said: “Everything seemed to be going ok and he was healing nicely with no major changes.
“Then we attended the clinic in East Grinstead in early March 2020 and although the eye itself looked good he had suddenly lost light perception in his eye, the hospital did an ultrasound but it wasn’t clear enough to see what was happening and they wanted to refer us for an MRI scan to check what was going on at that stage it was presumed that it was overgrown scar tissue once again.
“Then lockdown hit and all check-ups, hospital appointments and contact stopped.
“Sadly, we will never know whether this was the way it was always going to go or whether it’s the lack of treatment due to the pandemic.”
Tyler has paid tribute to his mum, family and friends for supporting him.

He said: “My mum has helped me lots and I have my nana and grandad – it’s helped having good mates, who just like me for me and don’t treat me different.
“But I still wouldn’t want this for anyone else as it’s not been a fun experience and with all the surgeries, it’s just not worth it.” 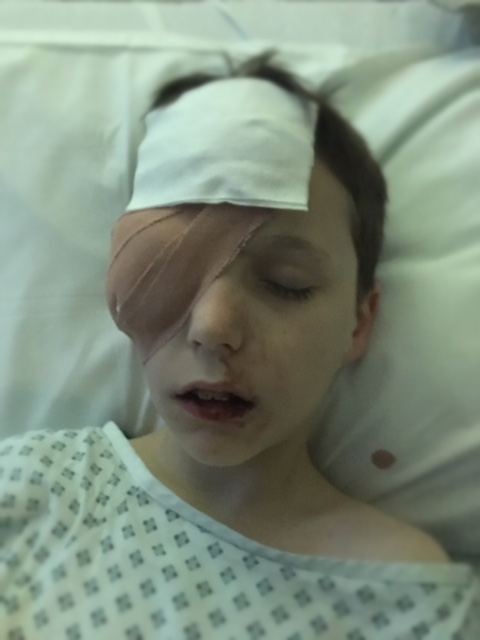 5Tyler had to have 70 operationsCredit: Nicola Sayers 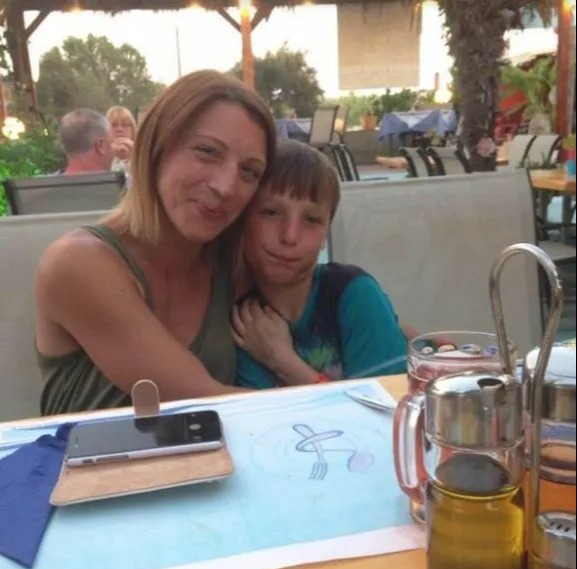 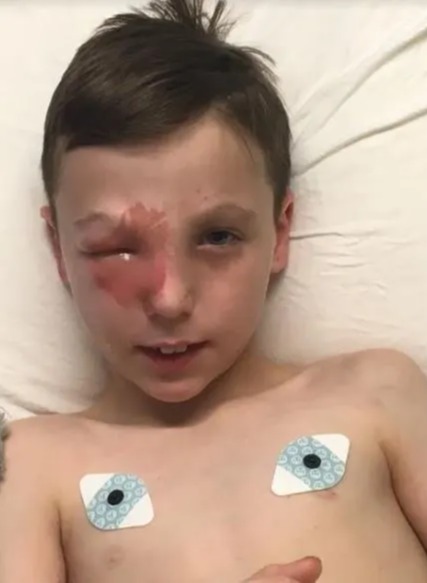 Share
Facebook
Twitter
Pinterest
WhatsApp
Previous article
Brit tourist, 39, died of ‘neglect’ in Dubai cell after he was starved & beaten in solitary confinement by cruel guards
Next article
What’s next for Dmitry Bivol? Canelo II and other superfights on the horizon if WBA champ beats Ramirez
RELATED ARTICLES
UK News