How dare Stacey Solomon’s Jackass ex ghost her but I know how she feels, modern men have no manners, says Ulrika Jonsson

BLOKES are spooky creatures, aren’t they?
I mean, for the vast majority, every day seems to be Halloween, as they do so love a good “ghosting”. 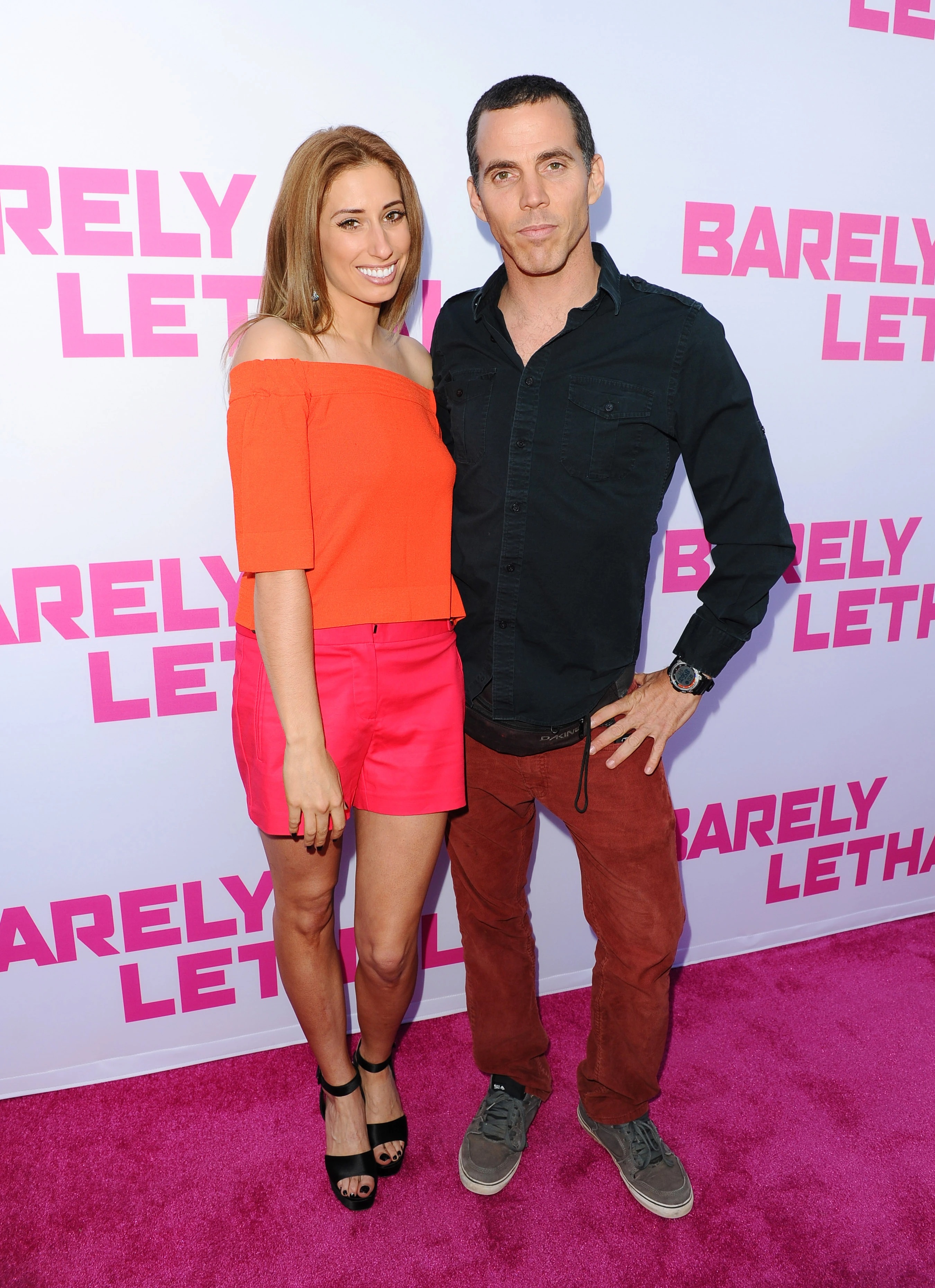 7Stacey Solomon was ghosted by boyfriend Steve-O in 2015 after they dated for six monthsCredit: RexFor those smug-married out there, you might not know that this is the verb for when a person who is seeing someone promptly breaks off all communication and disappears without explanation. Whatsoever.
Stacey Solomon got this treatment, we learnt this week, when her ex, Steve O of Jackass fame, confessed to ending their six-month romance in 2015 by ghosting her.
By his own admission, he “got what he wanted” from her and then, without warning, checked out. Without so much as a text or a phone call.
I hadn’t heard about ghosting until a couple of years ago when my daughters explained it to me. 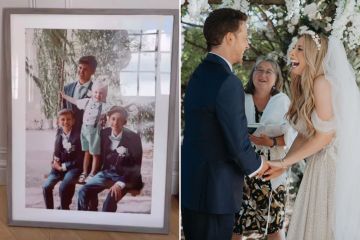 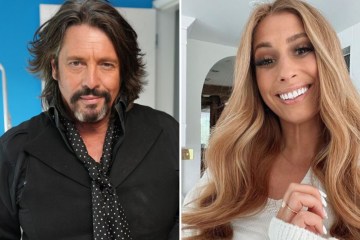 I was pretty horrified to think that this kind of behaviour went on.
By all means end a relationship — or a “situationship” — but disappear off the face of the Earth? Surely not.
Stacey was with this man for six months.
She would have got to know his family and her two sons, Leighton and Zachary.

I can only imagine how baffled, confused, heartbroken and angry Stacey must have been.
Because the thing about just disappearing — extracting yourself from someone’s life in that way — is that instead of drawing a line under things, it throws up more questions.
Stacey won’t have been the first and she won’t be the last. It’s quite the way to do things nowadays.
I know that only too well now.
In the good old days when there was no social media and no mobile phones, when you were forced to actually physically meet someone and you often mixed in the same social groups, there was a sense of accountability about things.
People took greater responsibility for their behaviour because others would call them out on it if not.
You might both know the same people and, morally and socially, it just wouldn’t be something you would get away with.
Nowadays, with greater connectivity — social media platforms and dating apps galore — no one has to think twice about entering someone’s life and then slipping out of it in this ghostly manner.
It’s definitely a modern phenomenon, presumably brought on by our collective, insatiable appetite for instant gratification.
There is more choice out there than people know what to do with.
Manners, decency, good grace or any shred of accountability have left the building, ladies and gentlemen.
And here comes a trigger warning ahead of my weekly sweeping statement: It seems to be mostly committed by men.
That’s what I gauge from my anecdotal and personal experience.
And you’re never too grand to be ghosted.
It doesn’t matter if you’re Joe Bloggs or Beyonce. It’s the new way to behave.
One guy I saw a couple of times and with whom there was an undeniable connection made me feel momentarily hopeful.
We were due to meet up again and then poof, just like that, he disappeared. Without a trace. I was baffled.
It wasn’t my ego that was bruised, it was an absolute inability to comprehend why someone would behave like that.
One short (or long) message of explanation or parting text would have sufficed.
But no. Nothing. I was pretty flabbergasted.
It felt unbelievable. Inconceivable.
The man in question eventually came back, of course.
Most of them do.
They ping you a message when they’re bored or momentarily remember your name or something triggers their needs — but it’s certainly not their conscience.
By then, of course, the moment has passed and it’s too late.
Steve O isn’t a young whipper-snapper, though. He should have known better.
To his credit he has admitted, in his autobiography, that he has kicked himself every day for the way he treated Stacey.
He has taken ownership of his behaviour, alongside an admission of sex, drug and alcohol addiction.
So, Stacey was probably well out of that situation. But at the time it must have been painful.
She’s had the last laugh, of course.
Happily married with a bevy of children around her and a business empire big enough to wipe the smile off any arrogant man’s face.
Meanwhile, ghosting will go on.
It won’t disappear, like all these guys do. Ghosting is as easy and convenient as your Tesco local.
One thing us girls know is that chasing is the last thing we do. If someone isn’t interested, we get the message and move on.
Rejection is always protection.
MATT’S BUNGLE IN THE JUNGLE
WE’RE not all gifted with the ability to make only good decisions in life.
I’m certainly not. 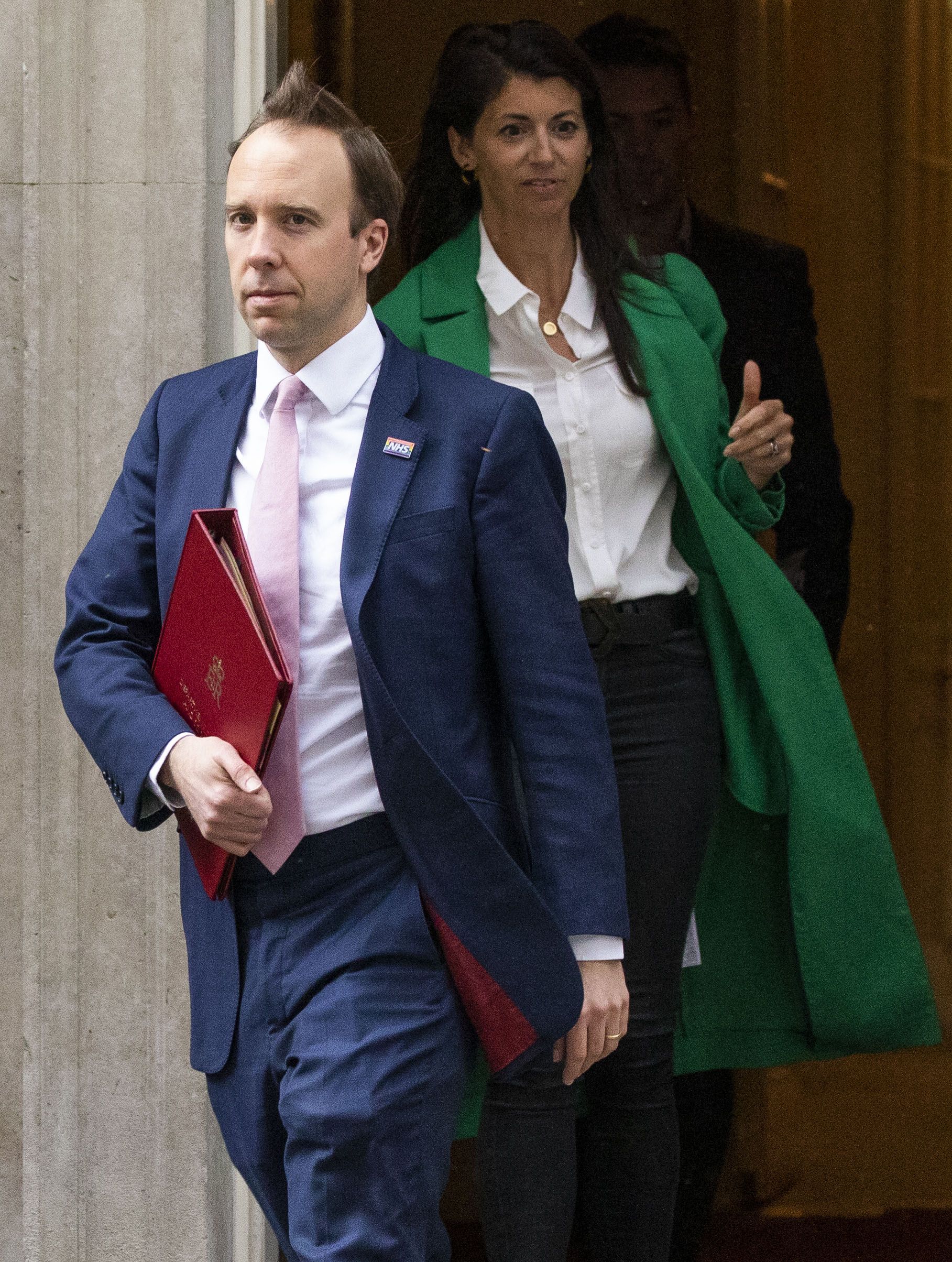 7Matt Hancock, pictured here with his girlfriend Gina Coladangelo, has made another bad choice by signing up for I’m A CelebCredit: GettyBut one great thing about bad choices is you should learn from your mistakes. Unless your name is Matt Hancock.
He cocked a lot of things up during the pandemic.
Not least his marriage, which crumbled on account of him being caught on a security camera with his tongue down aide Gina Coladangelo’s throat (at a time when we weren’t supposed to be mixing, let alone snogging).
Instead of assuming a lower profile, quietly working away at some charitable causes and perhaps dedicating his time to constituents during this cost-of- living crisis, he’s made the decision to sign up to I’m A Celeb.
He wants to go “where the people are”.
That would be in West Suffolk, Matt, in your constituency.
He naively thinks going on the show will help him engage with people about politics, those who might not otherwise do so.
As if it’s Newsnight!
He says it’s not about the money (reportedly £400k), that he’s going to make “a donation” to a hospice and raise awareness of dyslexia, as a dyslexic himself.
Who is he kidding?
If you go on a reality show in the vain hope you might be viewed as something other than who people believe you are, you will come unstuck.
On I’m A Celeb, the general public are in charge and they are going to be voting with their fingers – putting him up for every bushtucker trial there is.
It’s vanity, profile and money that have been the drivers in his decision to take part.
And I’m not sure what he will learn from this terrible choice.
Except, perhaps, how goddamn awful kangaroo penises really taste.
Well, that’s what I’ve been told, anyway.
JAMIE’S A REAL WONDER
JAMIE OLIVER has been slammed by viewers for his latest TV venture Jamie’s £1 Wonders – in this cost-of-living crisis, they say it’s tone-deaf and the meals don’t financially add up.
Granted, I’d struggle to knock something up every night of the week for just a quid and a huge part of me really resents the way we are normalising all these money-saving tips. 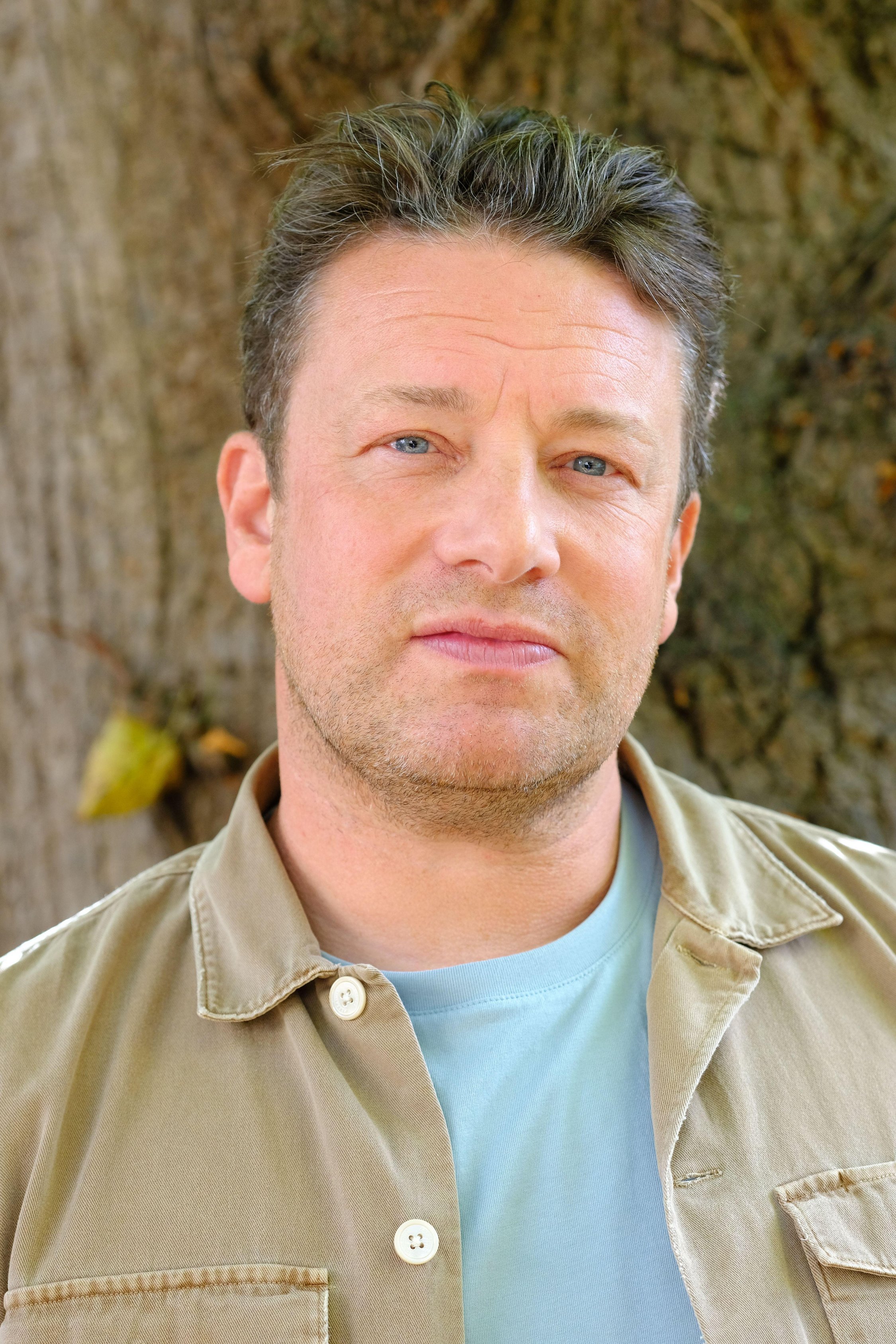 7Jamie Oliver has been slammed by viewers for his latest TV venture Jamie’s £1 WondersCredit: AlamyTo be quite frank, people shouldn’t have to resort to going without heating, putting foil on the backs of their radiators, fleece on their windows or eating cold beans because they can’t afford to use the microwave.
It amounts to a truly depressing way of life which I know is a reality for many and it must make people lose the will to live. Truly.
He’s grafted all his life
But Jamie will always be a hero in my eyes.
He’s come from humble beginnings, grafted all his life and built up his brand and business in an incomparable way.
All the while, he has championed various food-related causes, fought hard for better school meals – and even harder for all children to actually get a school meal – as well as campaigning for better labelling and less processed food.
He really is a people’s food champion.
He could have retired years ago and spent his time sitting at home in his huge Essex manor, counting his dosh.
He chooses to get involved. Time and time again.
He chooses to speak truth to power and challenge authority with credibility, passion and empathy.
No one is perfect.
But Jamie is doing more than he needs to and for that he deserves great credit.
Or a nice bowl of 99p soup.

I FEEL honoured I’ve been on your mind, Max George, sufficiently enough for you to flip me the bird on your Instagram story this week.
You really are the gift that keeps on giving. 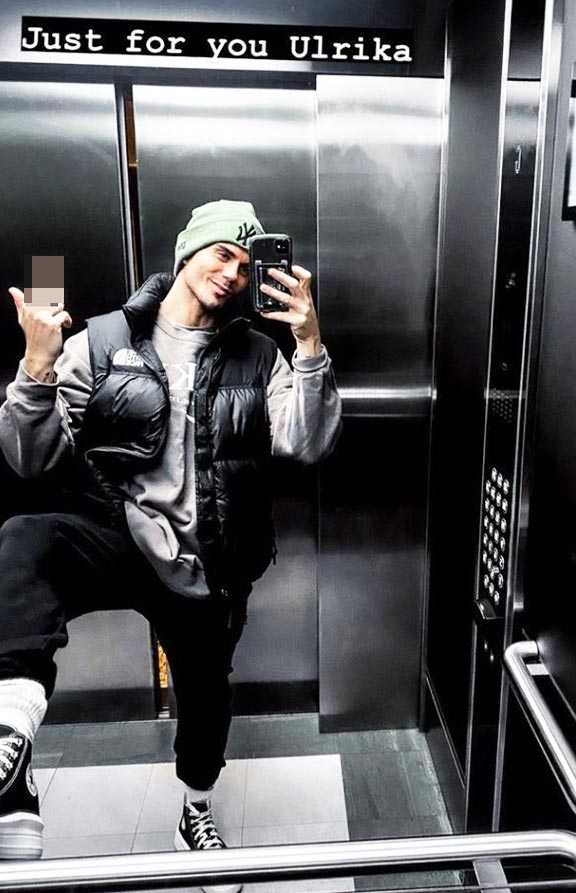 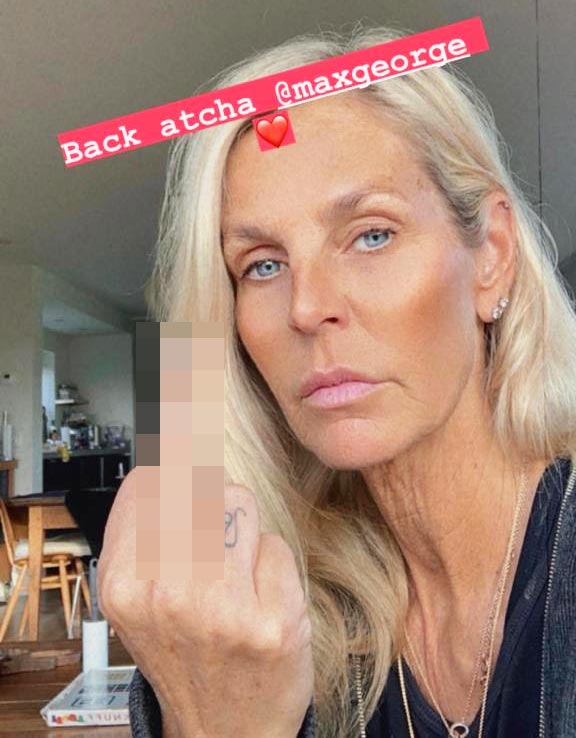 7Ulrika had a bird of her own in response to Max 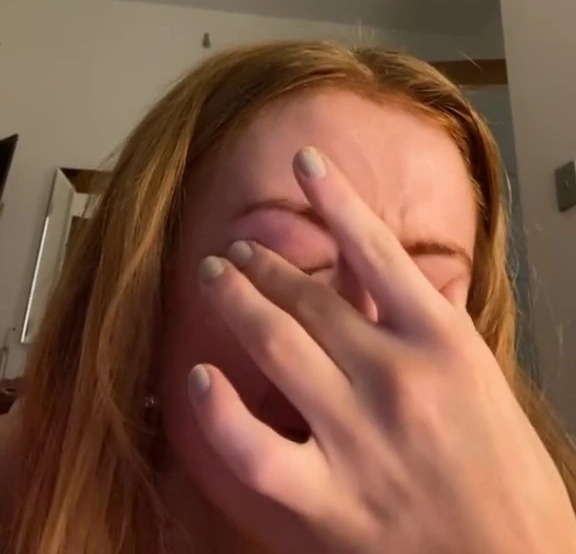 7Ulrika had said Max’s girlfriend Maisie Smith was ‘attention seeking’ last weekCredit: TikTok/@maisielousmithIt really was very sweet of you.
You must know how much I loves me a middle finger.
And this was your response to the fact that last week I levelled a perfectly reasonable criticism at your girlfriend, Maisie Smith, who took it upon herself to film herself crying on her social media and attach a suitably ambiguous quote.
(That’s probably a long word for you, Max. But it means “obscure” or “cryptic”).
And I stand by my comments, as, it appears, do many of my readers.
I was even contacted by a woman who counsels young people profoundly affected by the stress caused by these kinds of posts.
So, it’s nice to know I’ve been on your mind, Max.
Despite the fact you already have a girlfriend.

Oh, hang on . . .  that’s your style, isn’t it? Being with one woman and thinking about another.
Rumour has it, your ex, Stacey Giggs, knows that 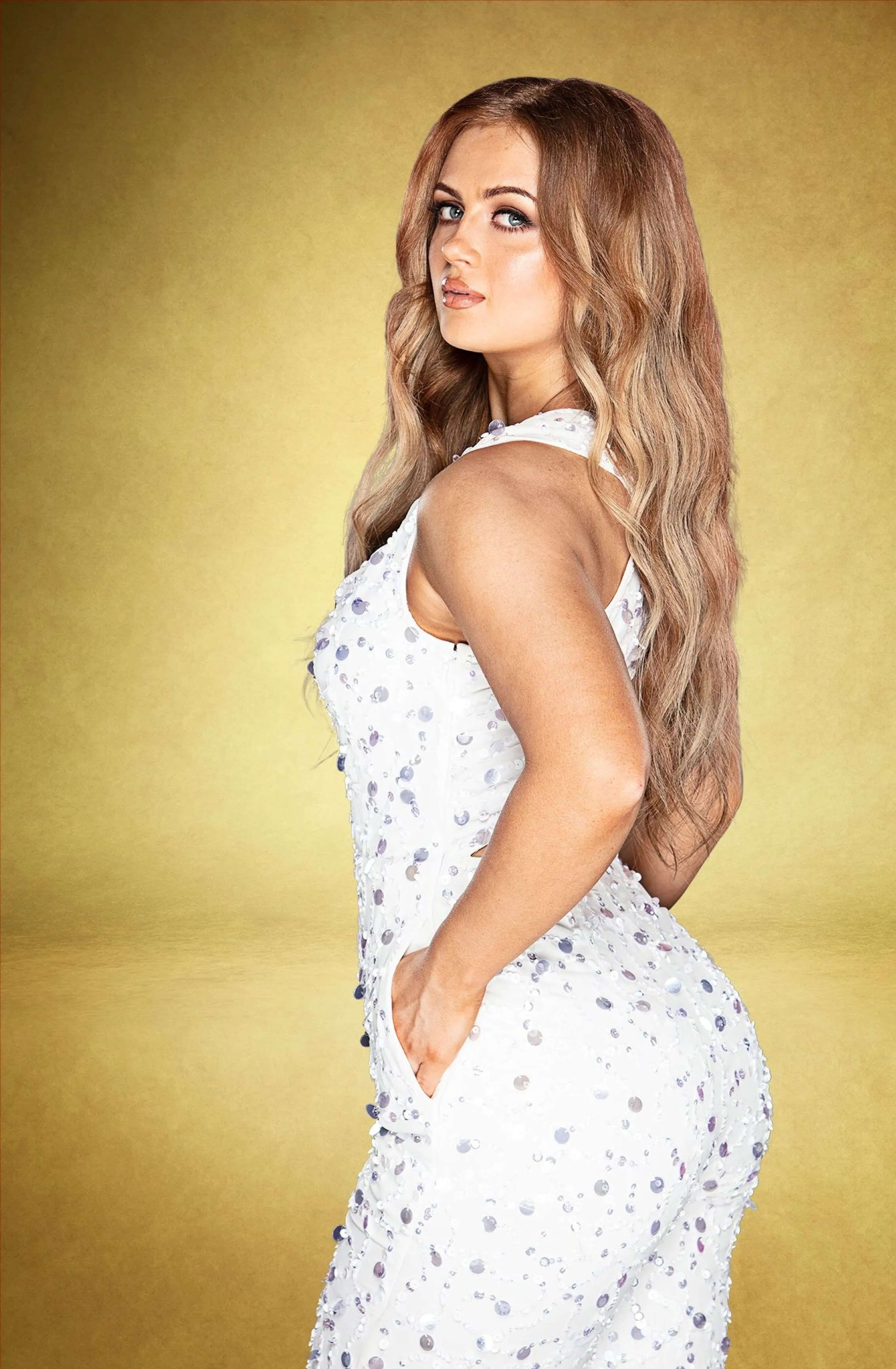 7Maisie had filmed herself crying on her social mediaCredit: Rex
Story Credit: thesun.co.uk

Ulta Beauty Stock Is a Winner in Good Times and Bad. Why There’s Still Time to Buy.

Ulta Beauty Stock Is a Winner in Good Times and Bad. Why There’s Still Time to Buy.