THIS is the first picture of fugitive billionaire’s son Farouk Abdulhak since he fled from London after the murder of Martine Vik Magnussen more than 14 years ago.
Bespectacled and bearded, Abdulhak, now 35, bears little resemblance to the image of the chisel-jawed playboy Scotland Yard issued over the sex murder of 23-year-old Norwegian student Martine in 2008. 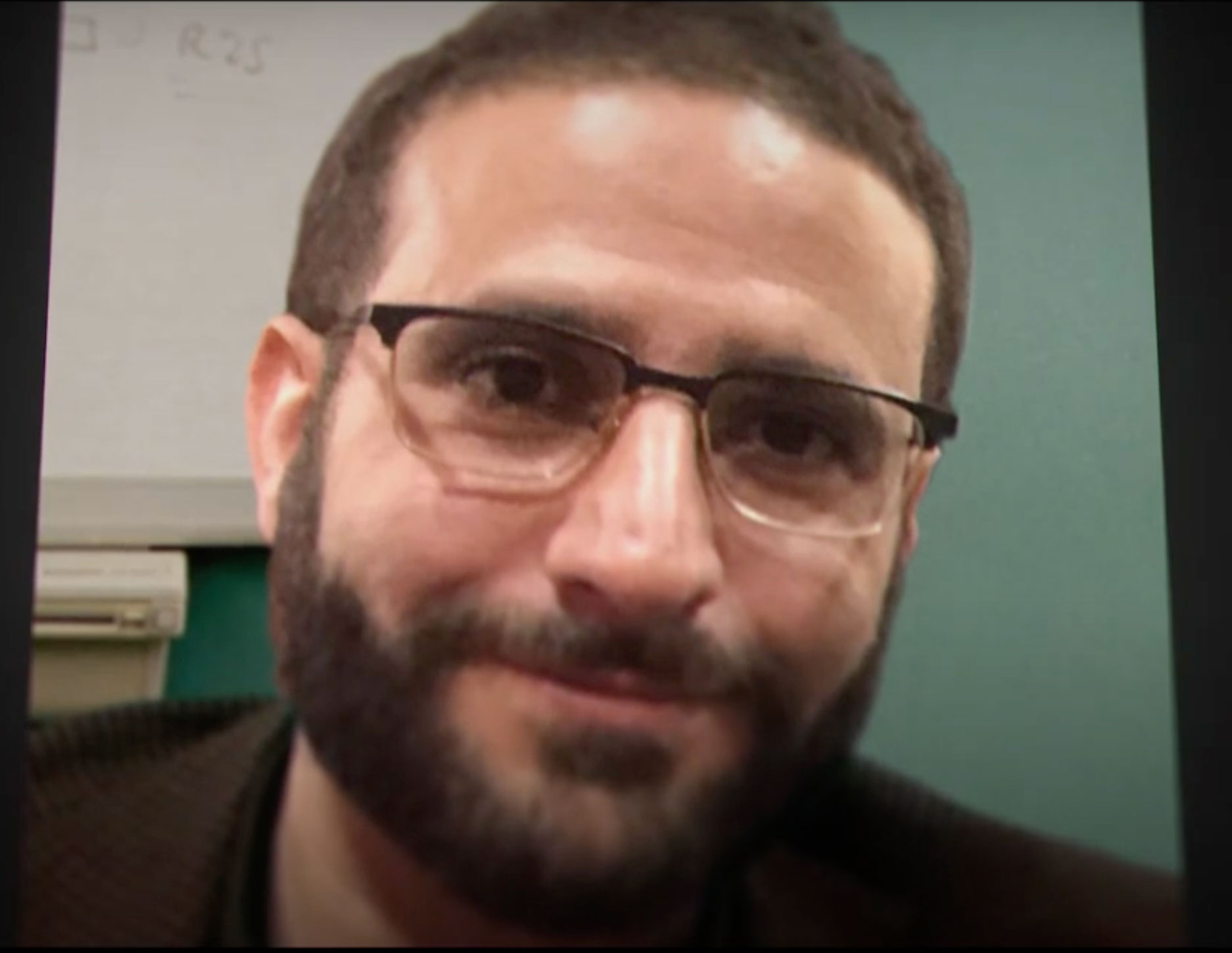 6This is the first picture of fugitive billionaire’s son Farouk Abdulhak since he fled London more than 14 years agoCredit: Supplied 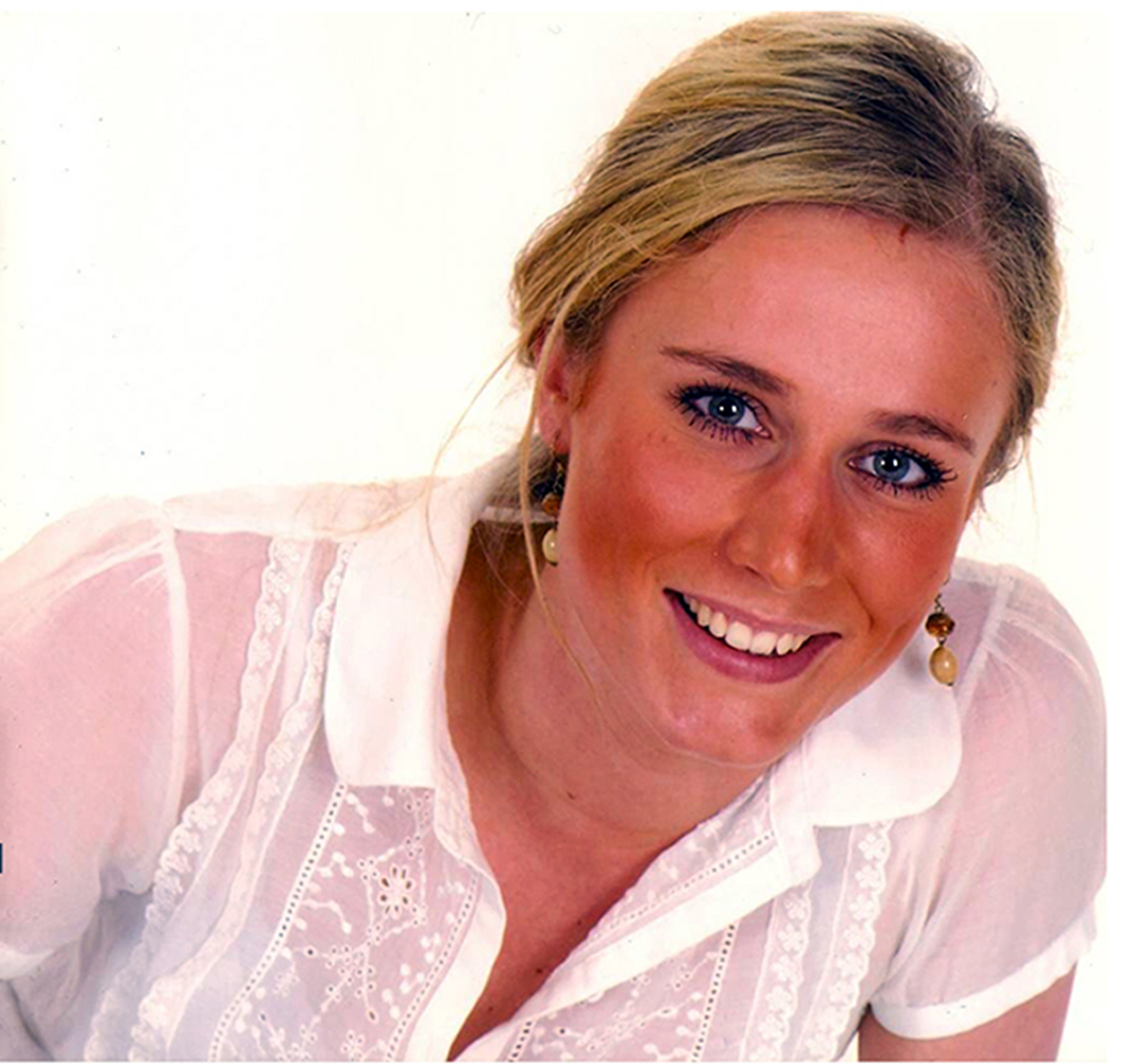 6Martine Vik Magnussen, 23, was found dead among rubble in a basement under his flatCredit: PA 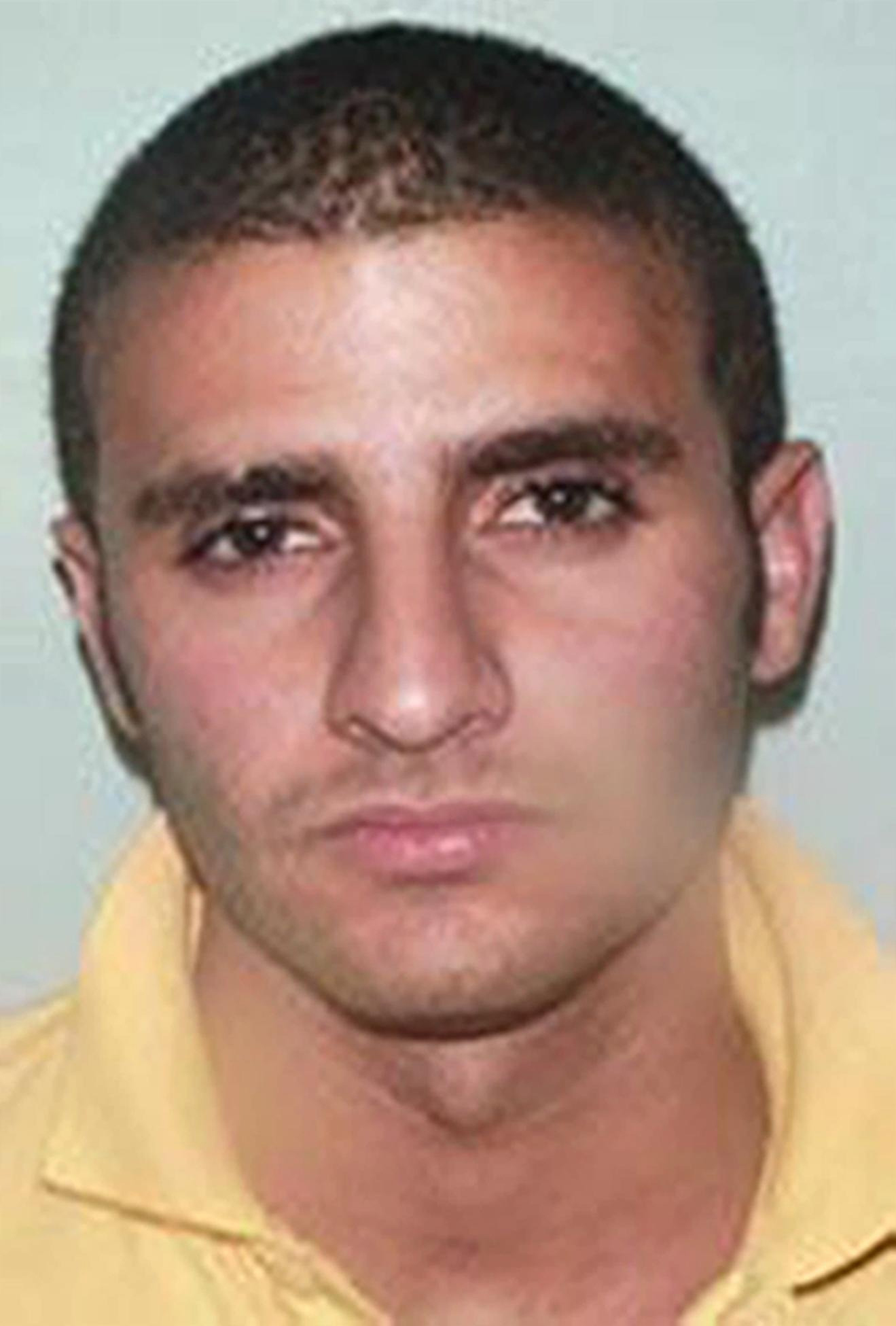 6Scotland Yard issued a photo of the suspect in 2008Credit: PAAbdulhak is the prime suspect in the case but is beyond the reach of British justice at his home in Yemen, where his late father was one of the country’s wealthiest men.
The startling new image of Abdulhak was recently obtained by the makers of a five-part documentary, ‘Martine: Chasing Justice,’ being streamed on discovery+ from today(Tues).
Married with at least two children, family friends claim Abdulhak is today under virtual house arrest, unable to leave his home and with no friends and only security guards for company.
He spends his days on a computer and watching movies. One anonymous relative said: “I talk to him almost everyday. Farouk’s entire life is staying at home. 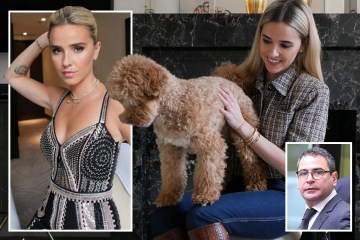 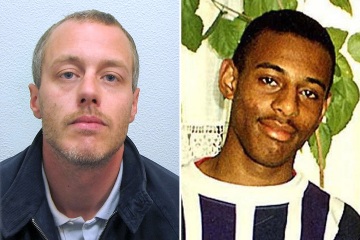 “There is no socialising. He doesn’t really have any friends. His life was over after that night, obviously.”
Abdulhak and Martine were both students at the prestigious Regent’s Business School, in Central London.
According to friends, Abdulhak was infatuated with Martine but the feeling was not reciprocated and she told him she only wanted to be friends when he previously tried to kiss her.
They were among a group of students who went out to the fashionable Maddox nightclub on the night of Thursday March 13, 2008, to celebrate finishing exams.

Martine and classmate Abdulhak stayed behind after their friends left and CCTV showed them leaving the club at 3.20am – the last time she was seen alive.
Unable to contact Martine the next day, and concerned that Abdulhak had closed down social media accounts and suddenly disappeared, friends reported her missing to police the following evening.
Police searched his flat at Great Portland Street and discovered her naked, battered body under rubble in the locked basement area of the building.
Martine had been raped and strangled and had 20 marks on her face and neck she sustained in a struggle.
Her Christian Dior earrings, snakeskin shoes, Marc Jacobs handbag, Guess watch and a silver costume diamond ring were missing along with her skinny blue jeans.
Hours after Martine’s death, Abdulhak took a commercial flight to Cairo. From there he was flown in his father Shaher’s private jet to sanctuary in Yemen, which has no extradition treaty with the UK.
Metropolitan Police homicide detectives officially named Abdulhak as a suspect in July that year – but he has eluded their grasp thanks to the influence and vast wealth of his father.
Shaher Abdulhak made his fortune from sugar, set up Yemen’s first bank and also had concessions to Coca-Cola and Mercedes in the country.
He died in 2020 but his murder suspect son still has a fortune at his disposal and is under the protection of the Houthi government.
Martine’s family have lobbied Norwegian and British politicians to try and secure justice for their daughter.
Her mother Kristin Vik said: “They claim they have done their best, but I don’t believe that. I know extradition treaties are a difficult matter.
“The British don’t want to jeopardise their relationship with Yemen. There’s an element of global politics tied up in this case. At some point a decision was made, and I don’t know when.”
Martine’s father Odd Petter Magnussen wants sanctions against Yemen.
He said: “Nothing concrete has been done to take action against Yemen. The suspect refused to be extradited voluntarily, so it became a diplomatic challenge.
“It is no longer a consular matter to be handled at the lowest level. They have the resources and network to handle this type of case.
“But they have restricted themselves to strictly diplomatic meetings with various Yemeni ministers.
“For years now, we’ve heard from Yemeni authorities that had Norwegian authorities taken action towards the regime, the case would have been solved a long time ago. It’s shameful to think about.”
‘Come back to face justice’
Yemen has offered to pursue any case against Abdulhak in their own country – and insist he has not been given special privileges.
The war-torn country’s Minister of Foreign Affairs, Hisham Sharaf, told the programme: “The issue of extradition is very sensitive.
“If a Yemeni guy has committed a crime in any part of the world, and there is no agreement of extradition, then it is out of the question.
“Our constitution says that they will serve in Yemen, such kind of verdict. We are not siding with our man, or our citizens. No. We say ‘everyone is innocent until proven guilty’. This is my principle.”
He added of Abdulhak: “I know his face. I saw him once or twice with Shaher, but I don’t have any personal relationship with the person at all.
“He is living here as a normal citizen, that’s it. No privilege is given, no immunities. Of course he has money.
“It’s a fact. I always say ‘money talks’, but whenever something happens, we deal with all Yemenis as citizens.”
But Martine’s father Odd Petter Magnussen said: “You can’t be above the law by crossing a border.”
He went on: “All I want to accomplish is for him to choose to return to the UK.
“If he does, we could send an important crime-preventing signal to international criminals out there.
“If they can retreat to a border the minute things get heated, that is the opposite of crime prevention.
“That’s why it’s important to solve the Martine case, to set an example for all of international crime.
“To show that you can no longer evade the law by crossing a border.
“I keep fighting towards that goal. I’ve made it my mission to solve it.”
In March this year a woman in her 60s was arrested on suspicion of assisting an offender.
DCI Jim Eastwood described the arrest as a “positive step,” adding: “Farouk Abdulhak should be aware that this matter has not, and will not, go away.
“My team and I will continue to seek justice and use all opportunities available to pursue him and bring him back to the UK.

“His status as a wanted man will remain and we will not cease in our efforts to get justice for Martine’s family.
“I’m appealing to Farouk Abdulhak directly. Come back to the UK. Come back to face justice.” 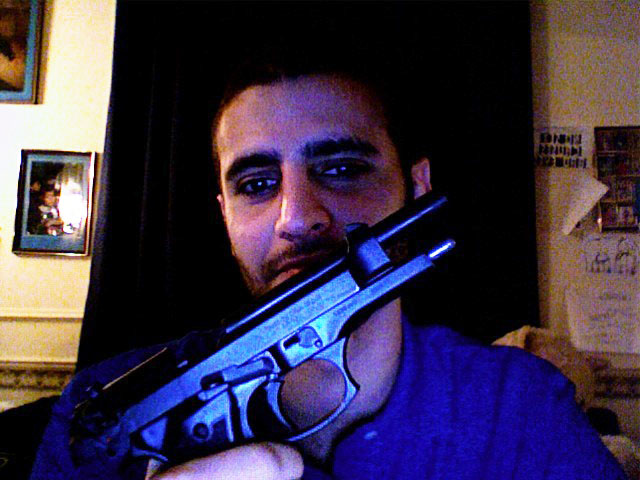 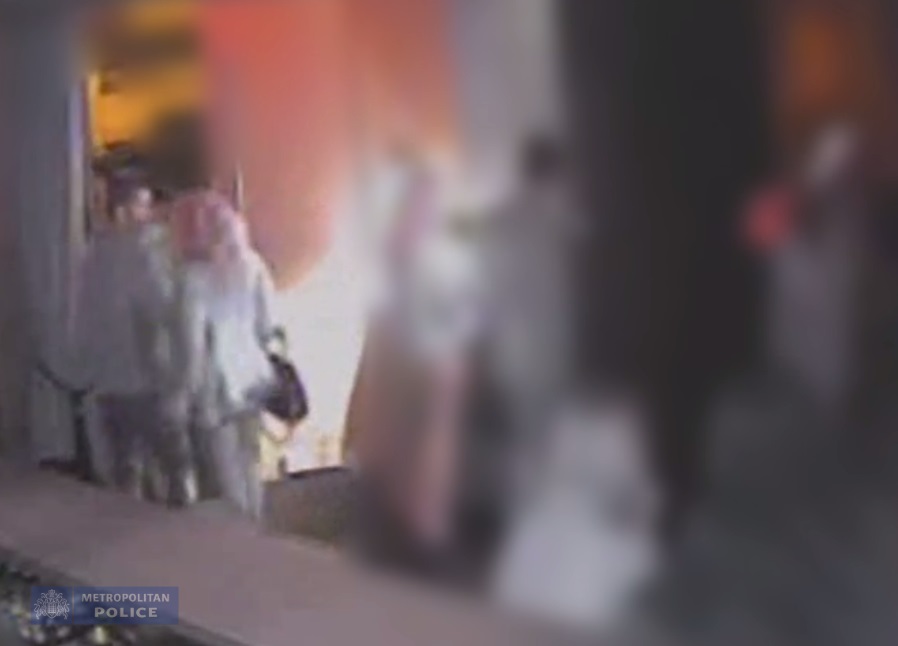 6Martine Vik Magnussen was spotted on CCTV with Abdulhak on the night she vanishedCredit: MET Police 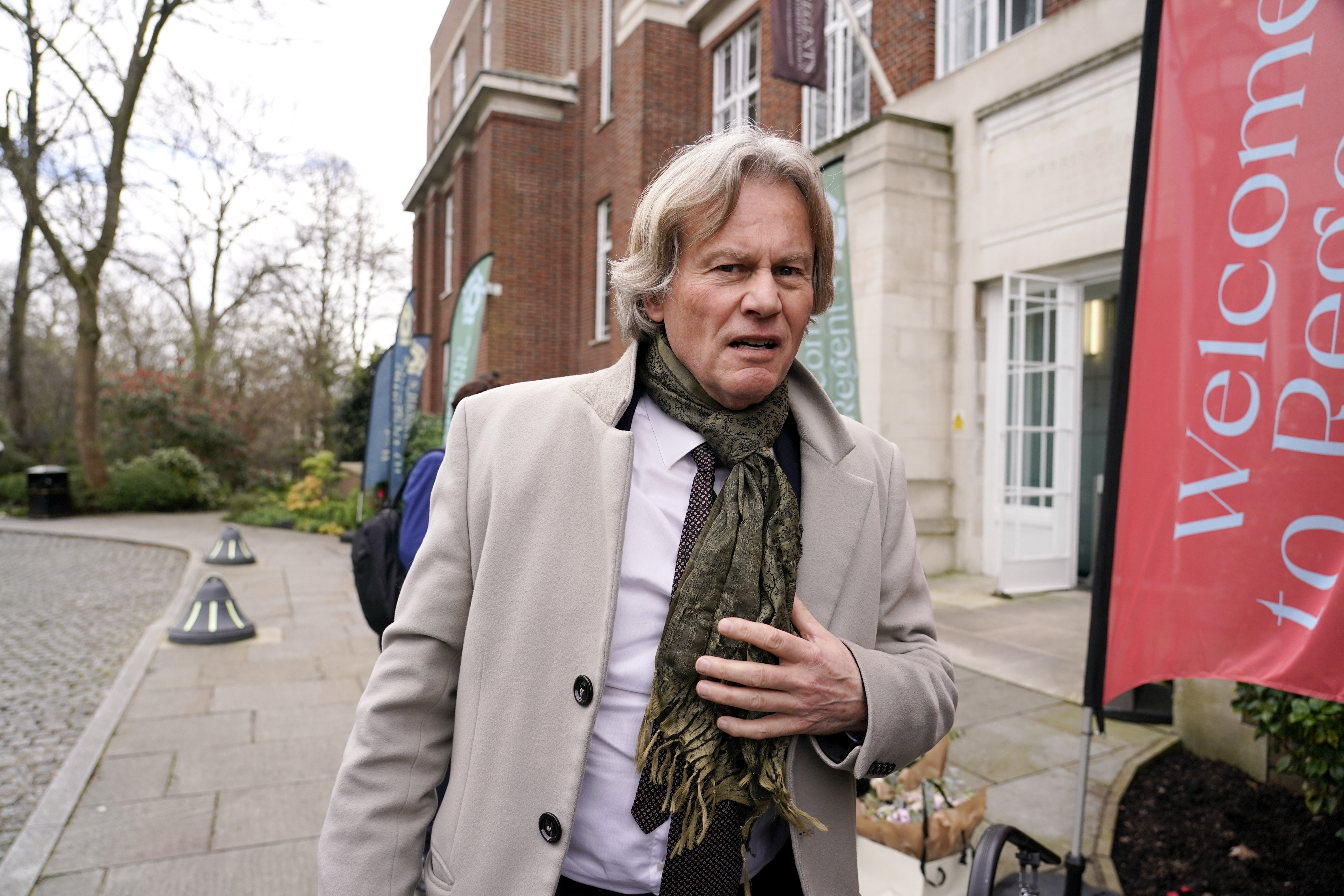