THE refugee who murdered DJ and aspiring Royal Marine Tom Roberts began his killing spree in a desolate field in Serbia — gunning down two fellow Afghans.
Violent Lawangeen Abdulrahimzai was holed up at a major staging post on the migrant trail across Europe when he flew into a rage and murdered two other asylum seekers with a AK-47 assault rifle. 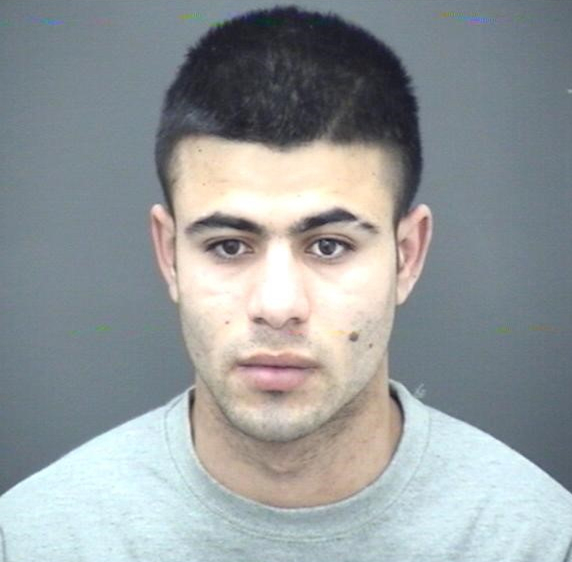 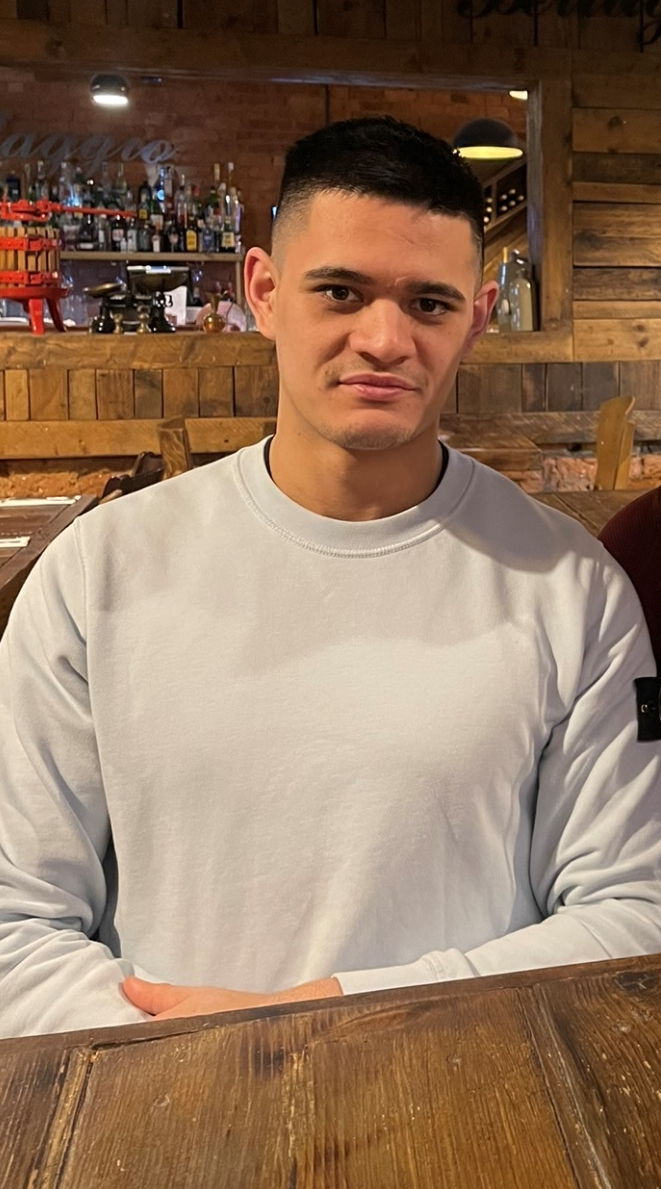 7Cafe boss Slobodan Radojev in the field where Abdulrahimzai murdered two other asylum seekers with a AK-47 assault rifleCredit: Ray CollinsHis attack came as the migrants waited in Dobrinci in northern Serbia for traffickers to smuggle them into the UK.
As he was sentenced to a minimum of 29 years in jail for Tom’s murder in Bournemouth yesterday, The Sun travelled to Serbia to piece together his trek across the continent.
He has been described as a Jekyll and Hyde character who switched in an instant from being caring and affectionate to violent paranoia.
And villagers in Dobrinci told of the same terrifying transformation as they revealed how Abdulrahimzai had calmly sipped coffee hours before his bloody rampage began.
Slobodan Radojev, 63, who runs a cafe in the village, said the thug, now 21, should never have got to Britain to kill again.
He added: “He should have been caught in Serbia and executed after he killed those two men. That’s my view. No one has the right to take another’s life like he did.
“The authorities failed to stop him every step of the way and an innocent man paid with his life.
“And his poor family are now paying for it every day — and will do so for the rest of their lives.”

Dad-of-two Slobodan served the killer a cup of Turkish coffee and let him charge his phone at 7pm on the night of the double murder.
He said: “I had seen him about five times in the previous few days.
“He would always come in with about three or four other migrants.
“On that night, he came into the village centre as the migrants did every day. He bought some bread and juice from the shop over the road and then came in here.”
I knew that some of them were criminals.Retired Coppera
A few hours later, a retired cop called Pera who lives in the village heard a number of gunshots.
He said: “Every day there were migrant groups in the village. I knew some were criminals using the migrant route as cover to travel abroad.
“I was not scared, but after the shooting I slept with my gun under my pillow.”
When Slobodan woke the next day — August 1, 2018 — he thought it odd there were no migrants in the village.
A farmworker later discovered the bodies of two men in a field.
They had suffered multiple gunshot wounds.
I miss him every day, every hour, every minute.Dad Philip Roberts
After using a taxi to flee, Abdulrahimzai got across the border despite the Serbian police launching a major manhunt.
He then made it to Norway where he applied for asylum, but his application was rejected in November 2019.
A few weeks later, he caught a Brittany Ferries service from Cherbourg in France to Poole, Dorset.
He told UK officials he was 14, but later checks found he was 18.
However, as a minor, his records were not run through international police systems, which would have shown he was convicted in his absence of the double murder.
He had also been convicted of drugs offences in Italy.
Instead, he settled in Bournemouth but his foster carer Nicola Marchant-Jones told of warning signs.
She said he would “go from zero to 100” and pick fights with strangers.
Cops were told seven times he was carrying a knife before he killed Tom, 21, in March last year in a row over an e-scooter.
Loved ones broken by Tom death
LOVED ones of Tom Roberts told of being left “broken” yesterday in emotional impact statements read to court.
Dad Philip, who was the only person to read his out, said: “I miss him every day, every hour and every minute.” 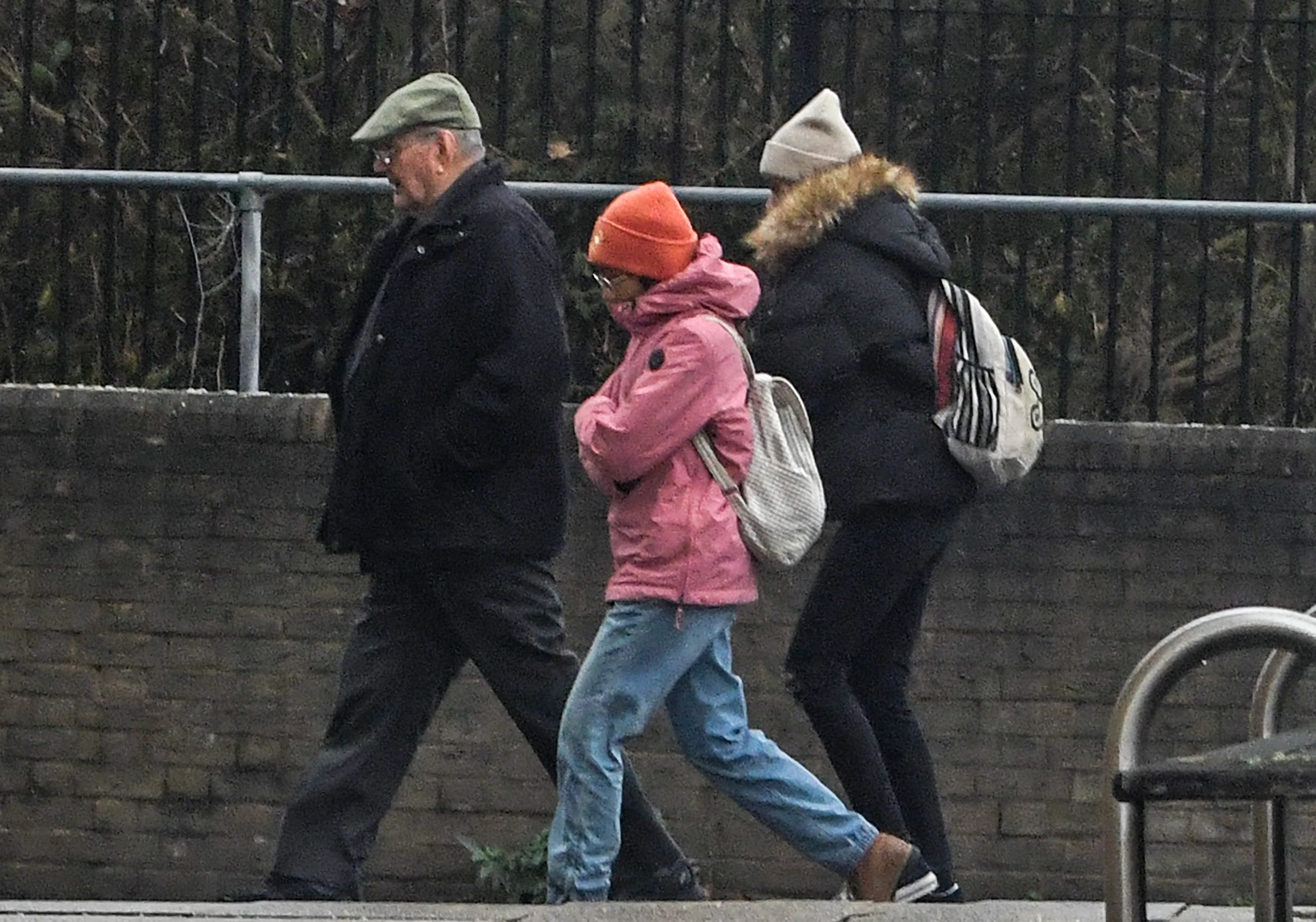 7Tom’s dad Philip said: ‘I miss him every day, every hour, every minute’Credit: SolentHe added: “Before he went out with his friends . . . I told him to be careful. He replied that he would. That was the last conversation I had with him.”
He said arriving at hospital to see Tom dying was “the most tragic moment of my life”.
His mother Dolores Wallace-Roberts said: “My heart bleeds, broken-hearted knowing you are not here any more.”
His partner Gemma Walker, who he was due to go on holiday with a week after his murder, said: “My world, my life and my purpose has been ripped away.”
She told how she was “trapped in an endless cycle of disbelief” and added: “Every day I wake up knowing that Tom is no longer in bed lying by my side.
“Sitting in that hospital room, waiting and praying, is the most traumatising thing I have ever had to do.

“Listening to the doctors declare that they couldn’t save him — it is haunting. I hear it and see it playing on repeat. Being speechless and in utter shock and disbelief.
“It has physically and mentally broken me.”
Row over Serb term
KILLER Lawangeen Abdulrahimzai “took the life of a thoroughly decent man”, a judge said yesterday — yet he may not face jail for the Serbia ­double murder.
He was convicted there in his absence in 2020 and is wanted to serve a 20-year sentence.
But Britain says it will not extradite him after his jail term here unless it gets assurances he will get a retrial in Serbia.
Jailing Abdulrahimzai for Tom’s murder at Salisbury crown court, the judge said: “Your act of extreme violence has left a family with a tragic loss they will feel for the rest of their lives.”

7The village of Dobrinci on the migrant route was rocked by the killingsCredit: Ray Collins

7Abdulrahimzai ‘s attack came as the migrants waited in Dobrinci in northern Serbia for traffickers to smuggle them into the UKCredit: Ray Collins

7Abdulrahimzai flew into a rage and murdered two other asylum seekers with a AK-47 assault rifle
Story Credit: thesun.co.uk