SIX people are feared to be dead after two planes collided in a midair crash, hitting the ground in a fiery crash during a performance for Veterans Day weekend.
The accident happened on Saturday day around 11.30 in the morning outside the Dallas Executive Airport during a WWII-themed airshow for the public called Wings Over Dallas. 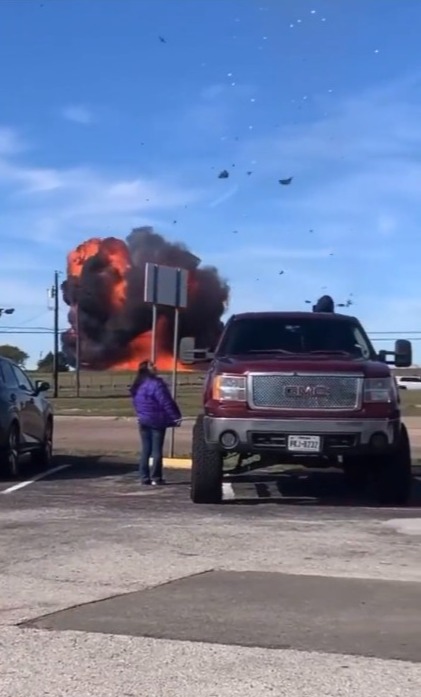 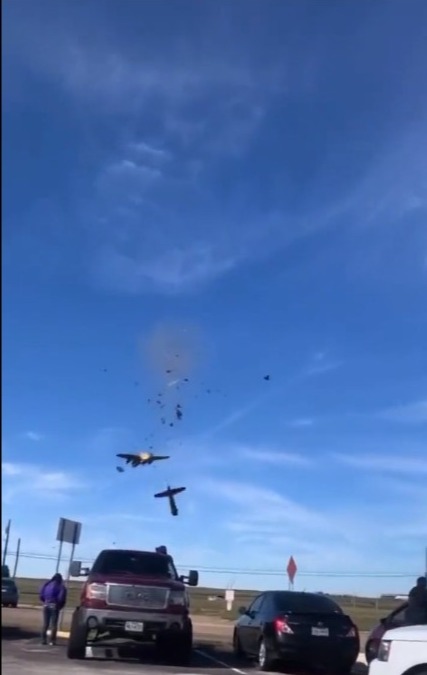 2The pilots were flying WWII-themed aircraftCredit: Twitter/@heckyessicaIt appears the pilots were flying single-engine planes similar to aircraft flown during the war.
According to the FAA, the planes were a Boeing B-17 Flying Fortress and a Bell P-63.
As the B-17 was heading toward the airport, the smaller P-63 seemingly came out of nowhere and clips the back of the larger aircraft, sending both of them to the ground.
Several people in attendance filmed the shocking moment with their shock able to be heard as the planes fall.
Fireballs exploded in the air and almost immediately sirens can be heard in the background.
According to video shared on social media, the larger plane was split in half on impact, relatively close to a crowd of people watching from the outskirts of the airport.
An announcement on the intercom tried to keep spectators calm, informing them to remain in place.
It’s unknown how many people were onboard each plane or if there were any injuries.
The area has been sectioned off as first responders arrived at the scene.

More to follow…For the latest news on this story, keep checking back at Sun Online.
The-sun.com is your go-to destination for the best celebrity news, sports news, real-life stories, jaw-dropping pictures and must-see video. Like us on Facebook at www.facebook.com/TheSunUS and follow us from our main Twitter account at @TheUSSun.