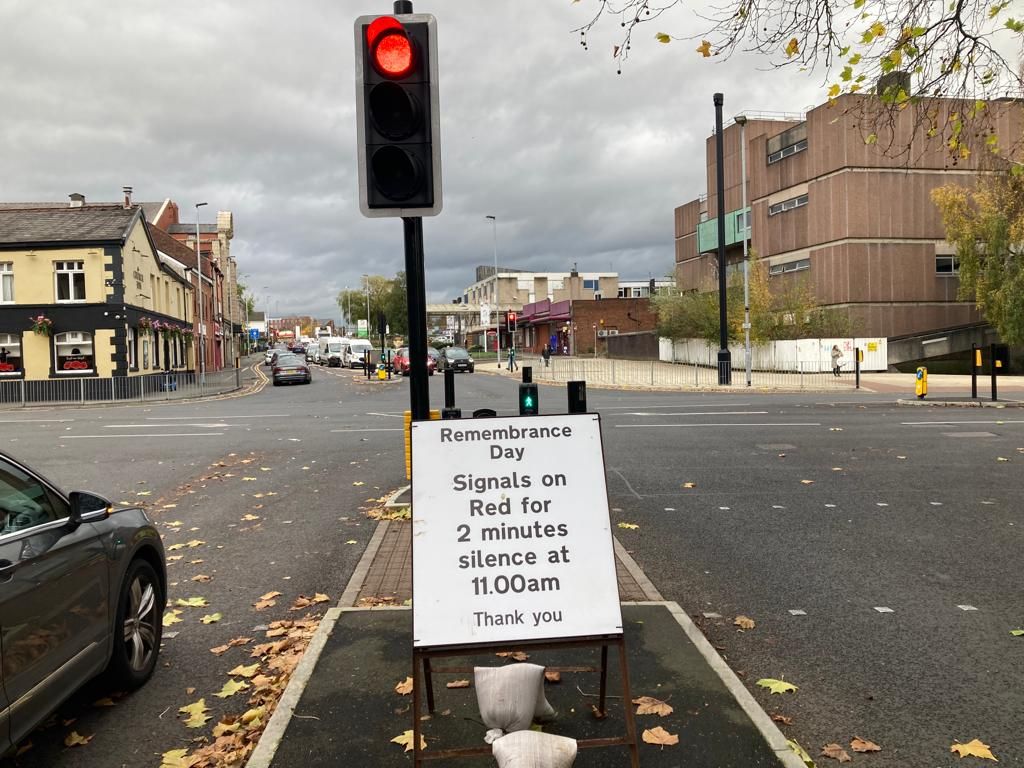 1Signs say traffic lights will stay red for Remembrance DayCredit: MEN MediaLocals said they have never seen drivers be asked to observe the silence by keeping lights red before.
One motorist who spotted the signs in Swinton told the Manchester Evening News: “Obviously it’s vitally important to honour the sacrifices of those who gave their lives to protect our country.
“Armistice Day and Remembrance Sunday should always be observed with respectful dignity – as it always is in Swinton.
“Large crowds come every year to watch the parade and pay their respects. 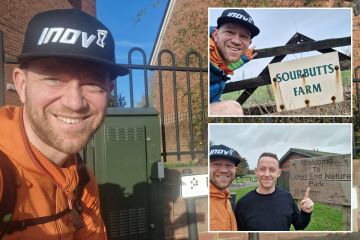 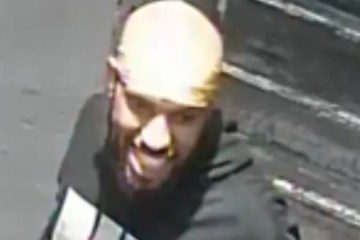 “But this is something I haven’t seen before.
“I’ve heard of minute silences in shops, transport interchanges and in public buildings, but I’ve never seen motorists asked to observe a silence before by holding red lights.”
Councillor Mike McCusker, lead member for planning and sustainable development said: “This is done every year on Remembrance Day, November 11, as a mark of respect to the fallen because the junction is close to the cenotaph where the two minute silence will be observed.

“As soon as the two minute silence has ended the lights will return to normal. We thank motorists for their understanding.”
Transport for Greater Manchester said: “We are holding the signal on red on behalf of Salford City Council”.