HomeUK NewsCops hunt suspect after woman in her 20s raped before member of...
UK News

COPS are hunting a suspect who allegedly raped a woman before a member of the public scared him off.
A man is reported to have raped a woman in her 20s sometime between 4am and 6am on May 14, 2022, before leaving an address in Fernie Street, Manchester. 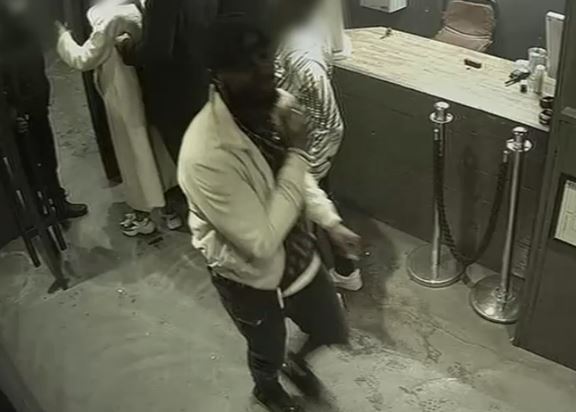 1Police have issued an image of the man they want to questionCredit: GMPIt is believed that the victim and her friend had met the offender in a bar on Tib Street in Manchester city centre before the incident occurred.
Detective Sergeant Natasha Feerick, from GMPs City of Manchester CID said: “Since May, we have followed up on a number of enquiries and we now need the public’s help to identify this man.
“It is believed that a member of the public disturbed the offender during the incident causing him to run away.
“Our specialist officers are supporting the victim and we would like to speak to the man in the video in connection to this incident and are appealing to the public for any information.”
Anyone who witnessed this incident, who may have CCTV footage or mobile phone footage from that area on that evening is asked to contact Greater Manchester Police on 0161 856 1146 quoting 2316 of the 15/05/22.