FUGITIVE Nicholas Rossi claimed he woke from a Covid coma to new tattoos on his arms as part of a plot to frame him.
Advocate depute Paul Harvey had the fugitive, 35, rattled after getting him to admit that his looks, tattoos and fingerprints all matched the suspect hunted by the Americans. 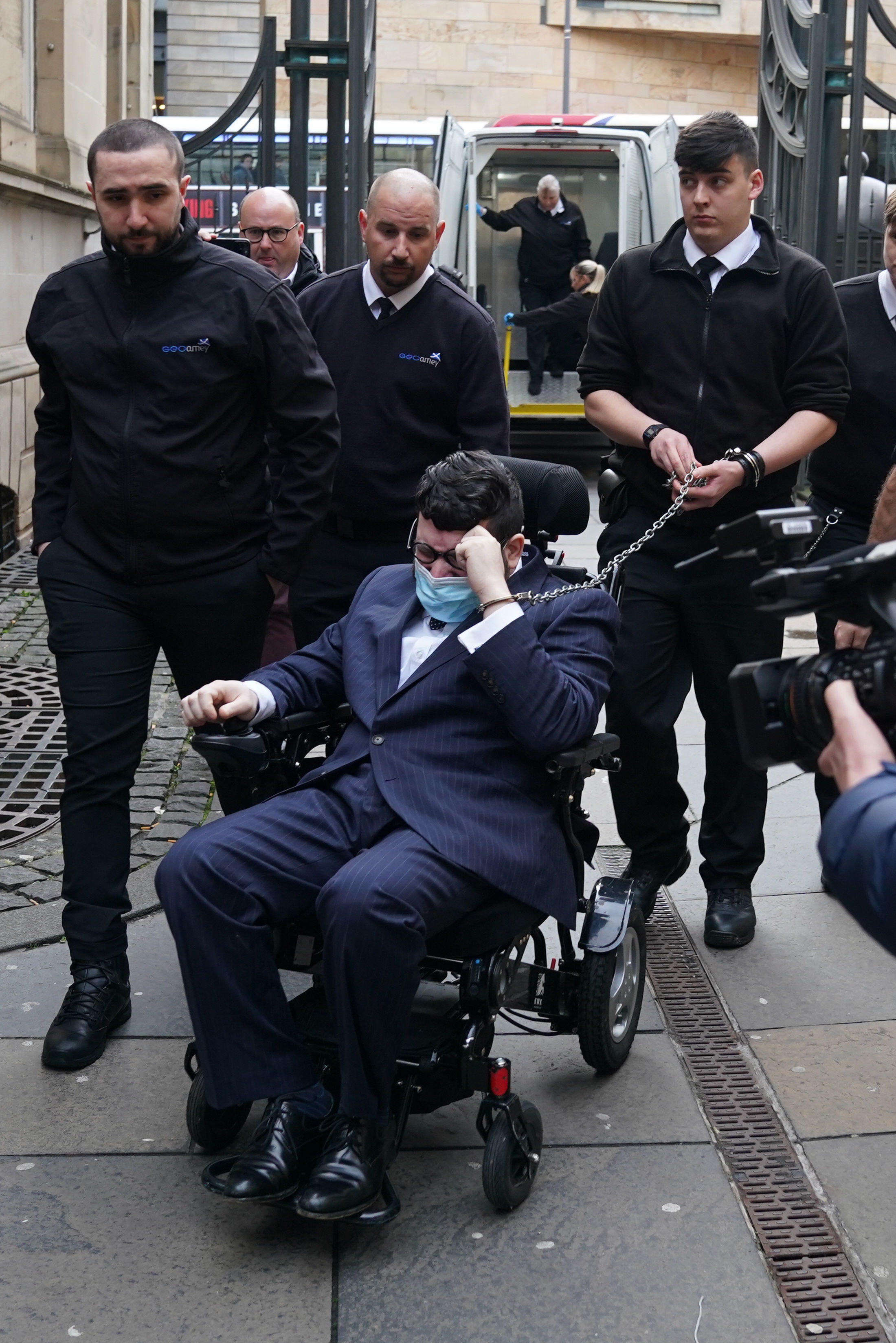 2He was arrested on October 13 last year at the Queen Elizabeth University HospitalCredit: PA 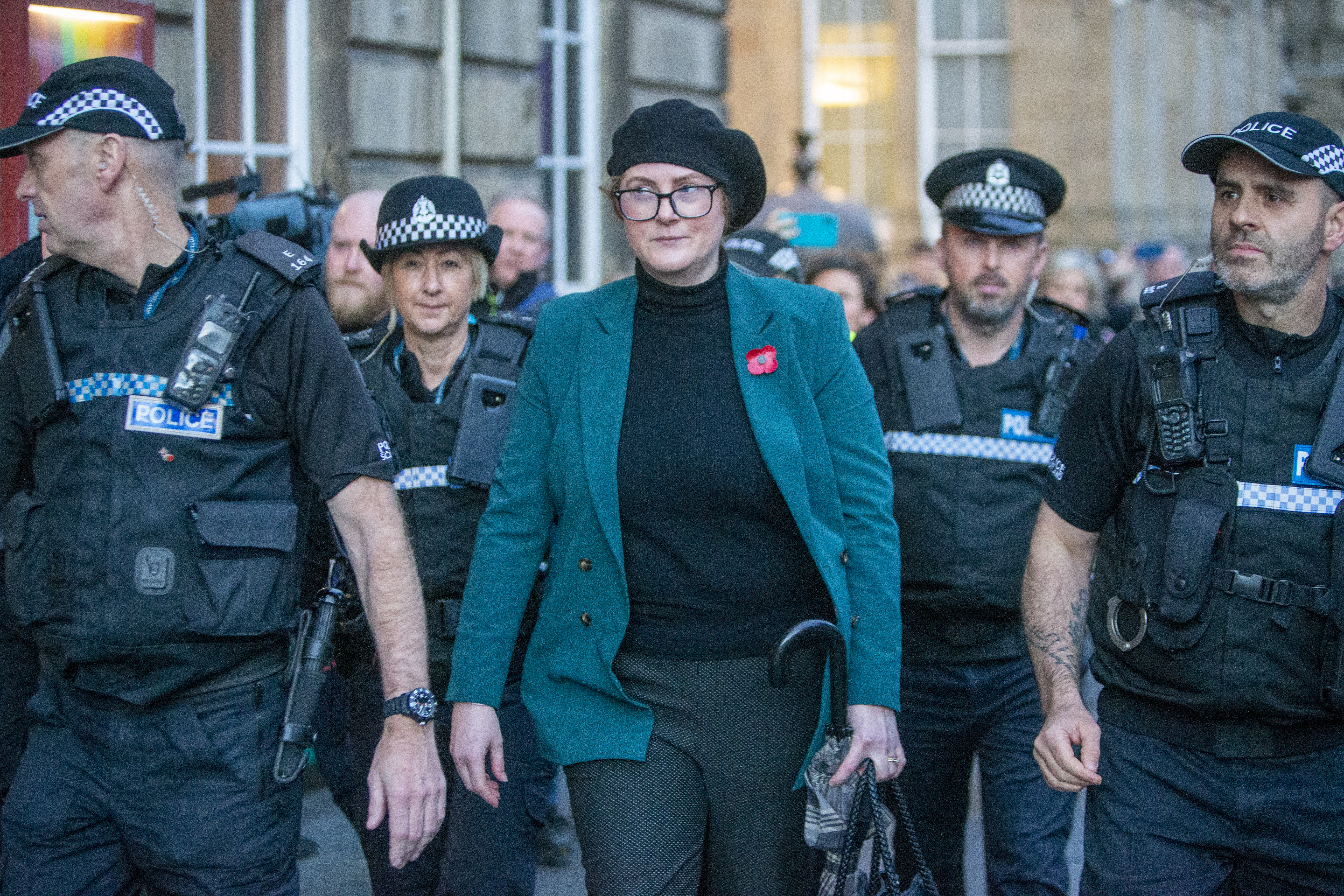 2Miranda Knight, wife of US fugitive Nicholas RossiCredit: Michael SchofieldBut Rossi — who uses more than a dozen aliases and insists he’s Arthur Knight — bizarrely claimed a corrupt NHS worker called Patrick took his prints while he was in a coma with Covid at the Queen Elizabeth University Hospital in Glasgow last December.
He told his extradition hearing “Patrick” sent them on to crimebusters in the States as part of a plot to stitch him up.
Mr Harvey then highlighted one picture in particular of the wanted man that bore a stunning resemblance to wheezing Rossi, who sat in a wheelchair chained to a custody officer at Edinburgh Sheriff Court.
He also said Rossi’s accent swung from “posh English to north Dublin”, a quirk the fugitive blamed on having three tracheostomies.
The Crown lawyer told the clearly flustered American: “Arthur Knight is the latest name you have used to evade the authorities.
“You are the person the US authorities seek. You are Nicholas Rossi.”
During his extraordinary hour of evidence in front of a packed court, Rossi claimed he went into hospital last year with no inkings — but woke up with two arms full of them.
When asked if he now accepts that he has tattoos, he replied: “Yes I noticed them in November. When I awoke from being in a coma they were there. But they were not there when I first went into hospital.

“They started to fade away by the December or January.
“They were put on my body to make me look like I am Mr Rossi.”
He also said he didn’t have any more information on “Patrick” other than he took his prints.
And the convicted sex offender said his pictures had been “transposed” onto an Interpol red notice seeking his arrest — therefore making him appear to bear a striking resemblance to the ‘real’ suspect.
Mr Harvey showed Rossi his marriage certificate to wife Miranda, 41, from February 2020 where he called himself Nicholas Brown.
The court had earlier heard from Rossi’s GP practice showing he’d changed his name three times since then – from Nicholas Knight Brown to Arthur Winston Brown and finally, Arthur Winston Knight.
Mr Hanvey said: “You are Nicholas Rossi. There are five photos on the Interpol notice, they are photos of you. Same colour of hair, same colour of eyes, same beard.
“That is you. The truth is you got those tattoos in America.”
Rossi, from Utah, replied: “I’ve never been to the USA.”
The prosecutor then took him to medical notes where he stated both his parents had died of heart attacks in their 30s.
Mr Harvey said: “The reason you know about your parents is because you are not an Irish orphan.”
He later denied being in Utah in 2008 or raping anyone.
The court also heard from another fingerprint expert who said there was “similar characteristics” on prints she analysed from Rossi compared to ones on the red notice.
Anita Vessa said: “I was asked to compare the prints against a Red Interpol notice and FBI warrant.
“I compared all three documents and have no doubt they all match.”
Rossi’s wife Miranda also gave evidence to say her husband’s entire background was told to her by him and that she had not known him before 2012.
The hearing continues.
We pay for your stories and videos! Do you have a story or video for The Scottish Sun? Email us at scoop@thesun.co.uk or call 0141 420 5200