A BLAZE at a swanky Mayfair restaurant favoured by celebs erupted after a sparkler in a cocktail set a Christmas tree alight.
Revellers were seen fleeing MNKY HSE in central London last night as flames shot up the walls. 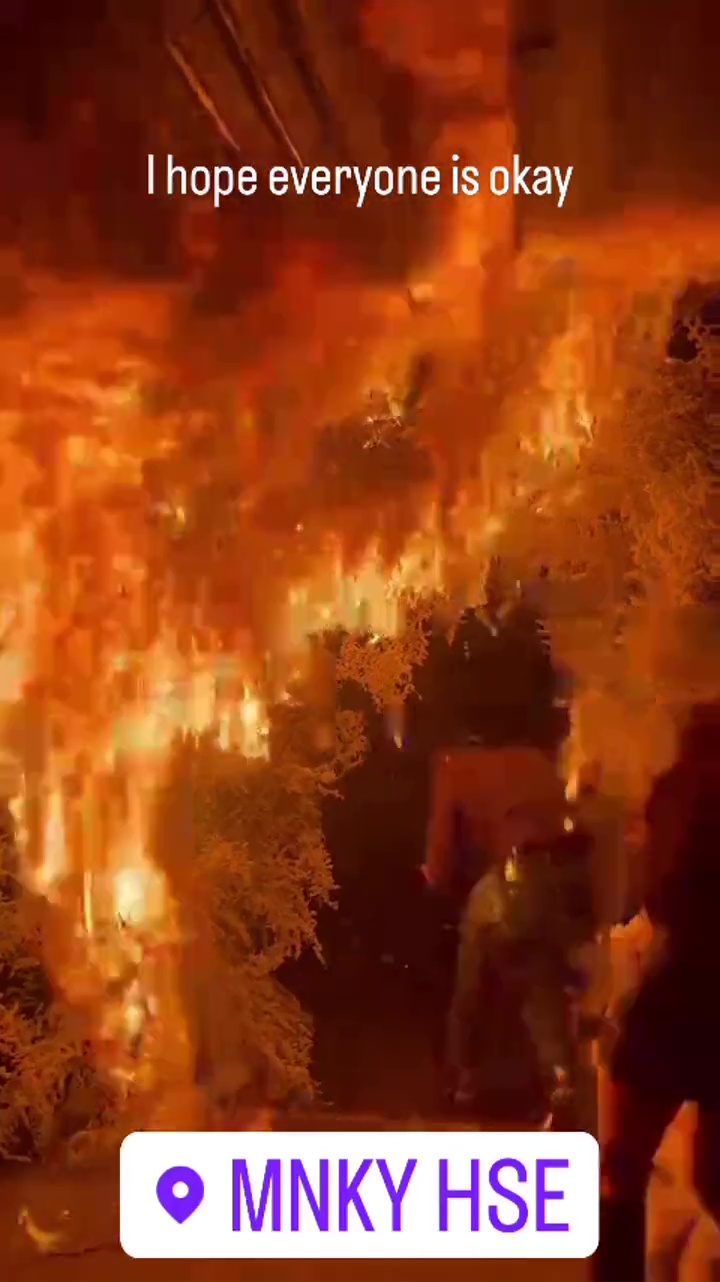 7Flames could be seen shooting up the walls of the restaurantCredit: @CrimeLdn/TwitterOne claimed the blaze took hold “within seven seconds” with screams filling the Latin American eatery.
Shocking footage shows diners rushing to escape as the fire tore through the restaurant.
Some Christmas party-goers were still clutching their drinks as they ducked under a door to get out.
Five people were treated in total with three taken to hospital, the London Ambulance Service confirmed. 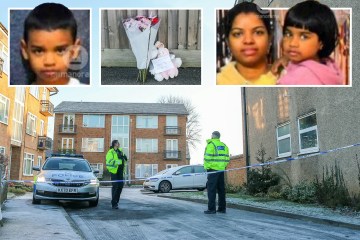 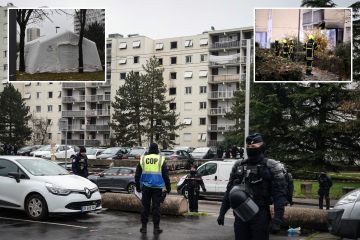 There is no update on their condition but London Fire Brigade does not believe anyone was seriously injured.
Around 300 people were also evacuated from the restaurant, which was packed with revellers enjoying the festive period, by hero staff and fire crews.
The cause of the fire is now under investigation but LFB said they believe it was started by a drink sparkler that set a Christmas tree alight.
They added: “This shows the dangers of flames around Christmas trees, whether you’re in a commercial premises or whether you’re at home.”

MNKY HSE is popular with celebs including Love Island stars, who dined there after their August reunion episode.
London Fire Brigade confirmed they were scrambled to the Dover Street restaurant at around 9.40pm.
They said the flaming Christmas decorations were extinguished by the time they arrived with the blaze out entirely around 40 minutes later.
The force added: “Around 300 people were evacuated by on-site staff and crews carried out a systematic search of the property to ensure no one was inside on arrival.
“Five fire engines and around 35 firefighters from Soho, Lambeth, Kensington and Chelsea fire stations attended the scene.”
A London Ambulance Service spokesperson said: “We were called at 9:41pm yesterday (16 December) to reports of a fire at a restaurant in Dover Street, Mayfair.
“We sent a number of resources to the scene including two ambulance crews, an incident response officer, a clinical team manager and members of our Hazardous Area Response Team.
“We treated five patients and took three people to hospital.” 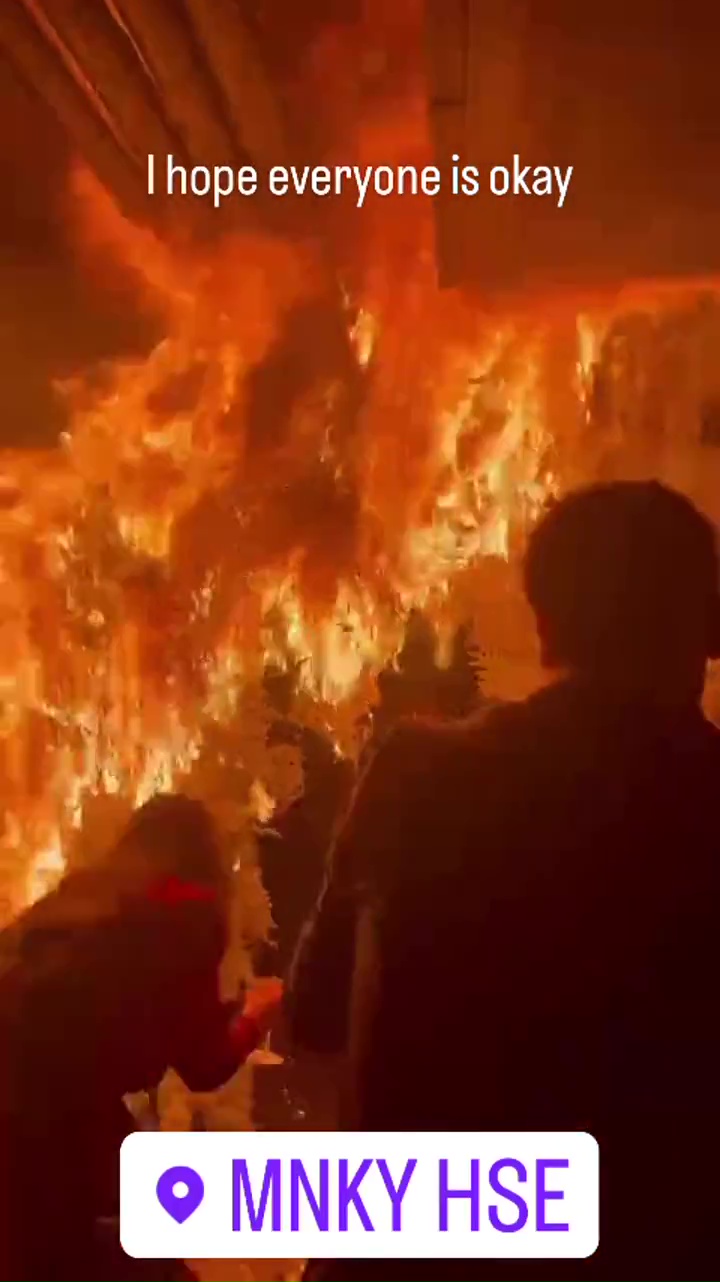 7Some revellers were still clutching their drinks as they fled the restaurantCredit: @CrimeLdn/Twitter 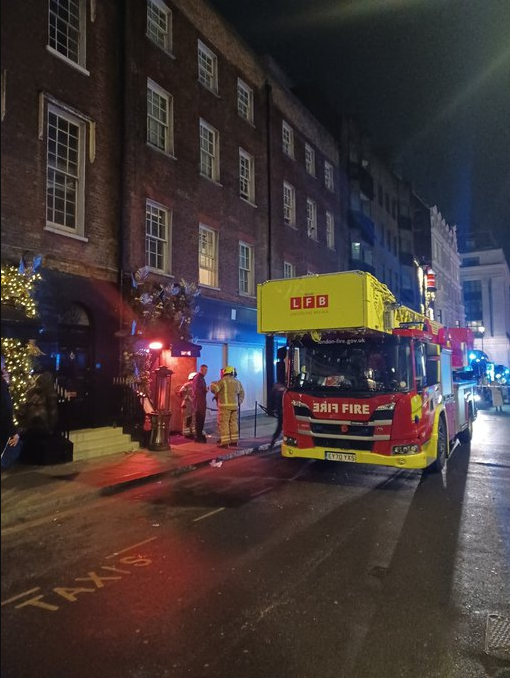 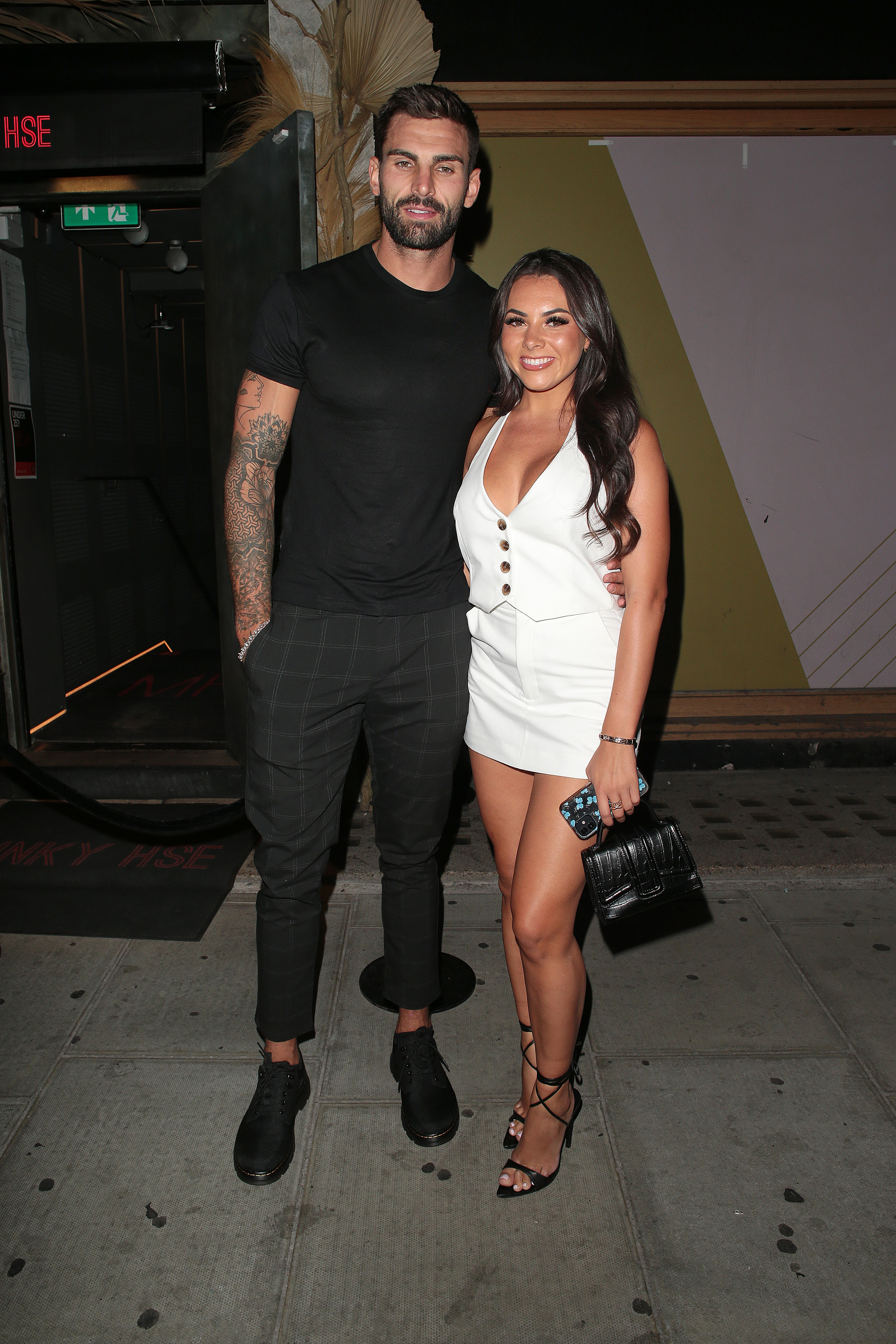 7This year’s Love Island stars including Adam Collard and Paige Thorne recently went to the restaurant after their reunion showCredit: Getty 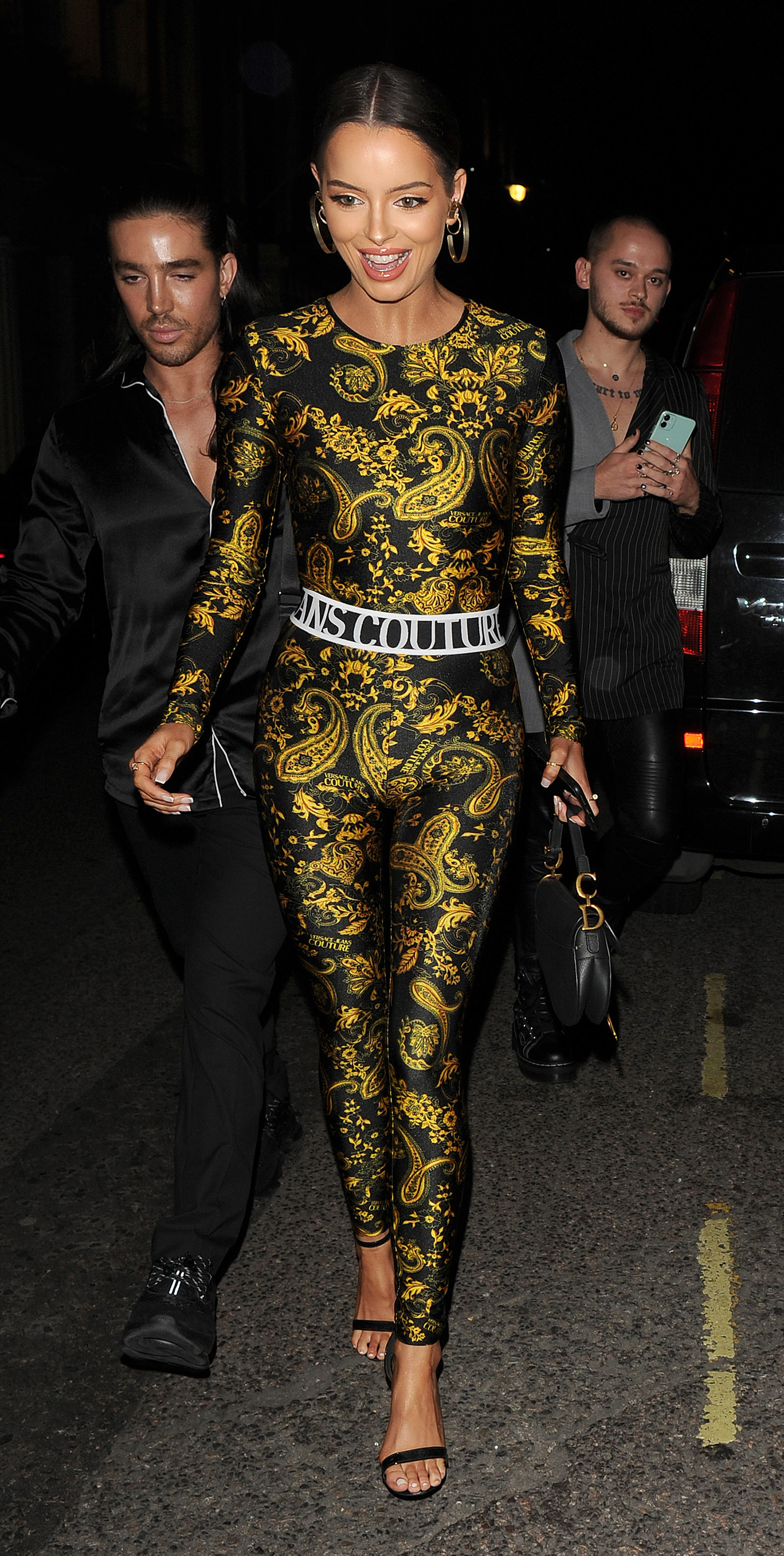 7Maura Higgins attends the bar in MayfairCredit: The Mega Agency 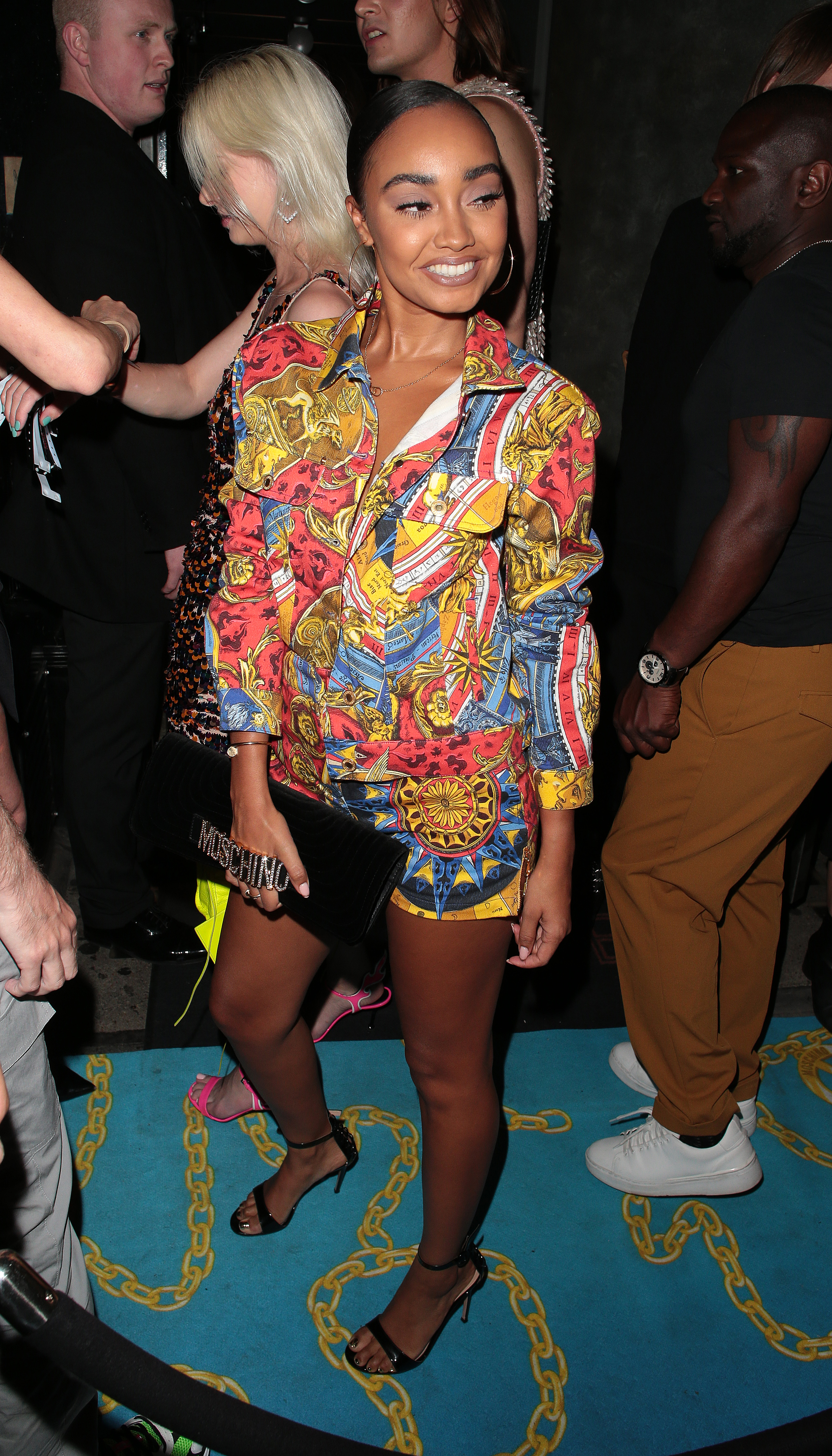 7Leigh-Anne Pinnock pictured at an event at the glam restaurantCredit: Getty 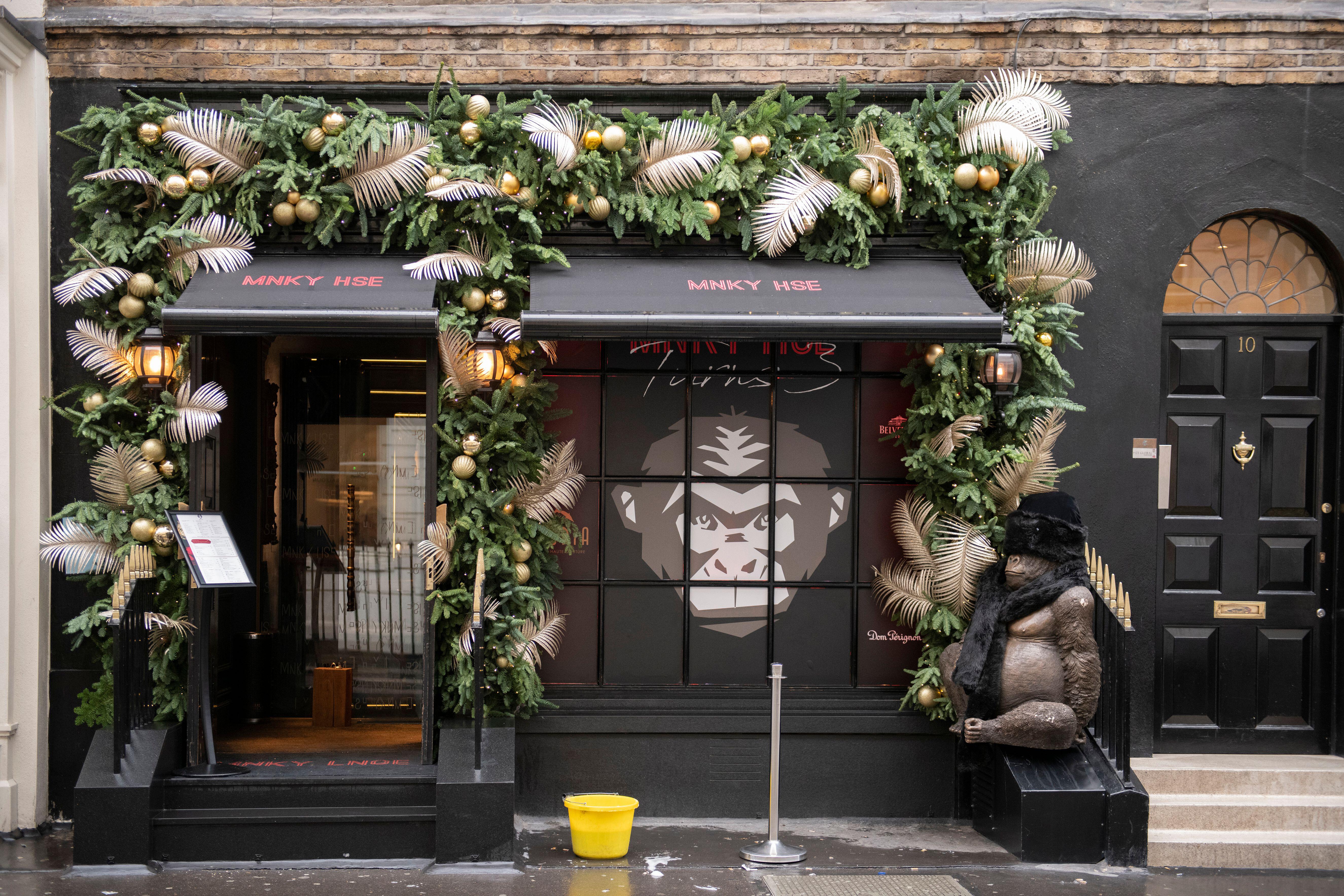 Meng Foon on Waitangi Day: A day for difficult conversations