NEW incredibly detailed photos have revealed for the first time just how far China’s militarisation has escalated in the flashpoint South China Sea.
Chilling images show the massive sprawl of Chinese military operations on the man-made islands – which are armed to the teeth with deadly hardware including missile aircraft, flight hangars, and spy planes. 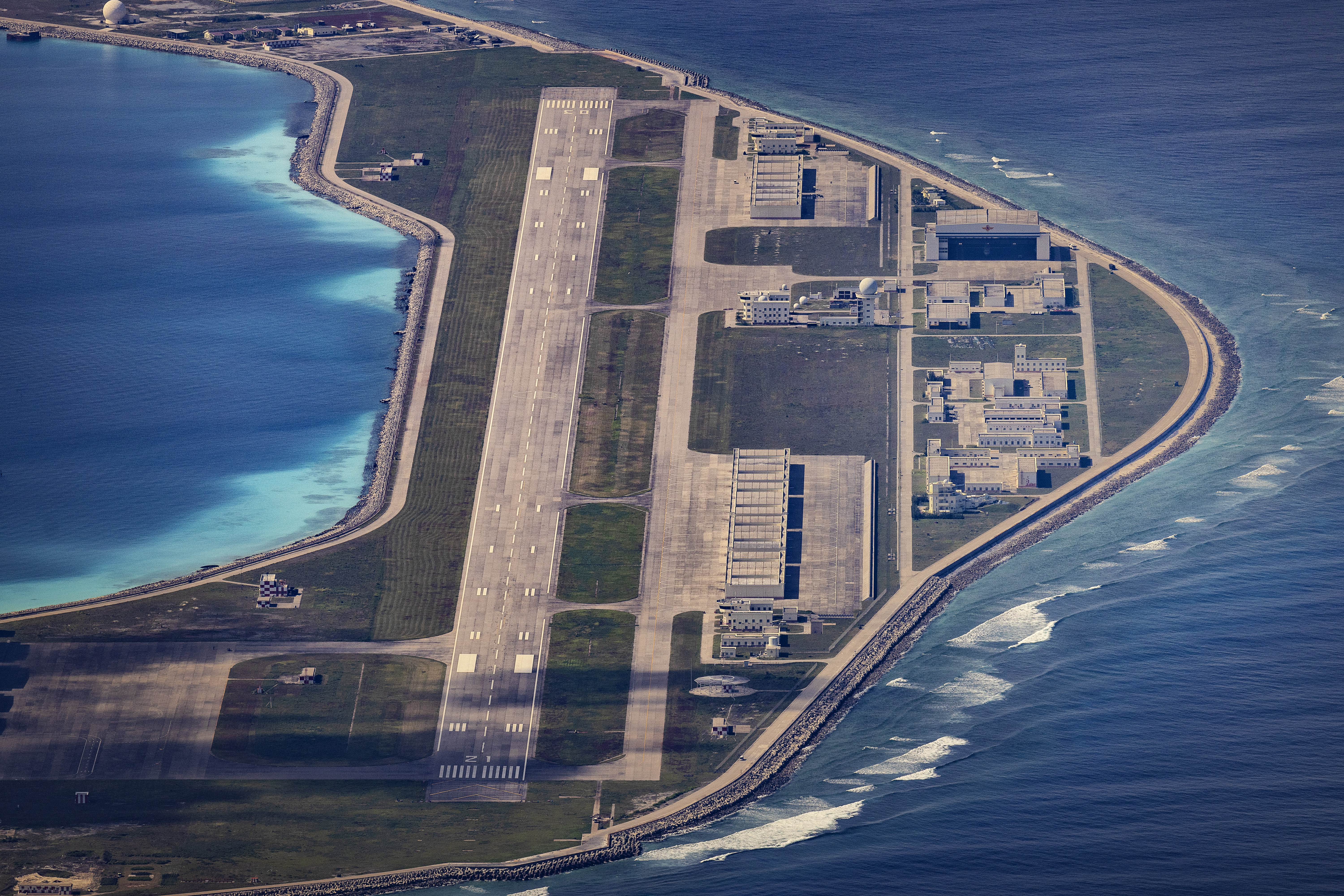 4An airfield, buildings, and structures are seen on the artificial island built by China in Mischief ReefCredit: Getty 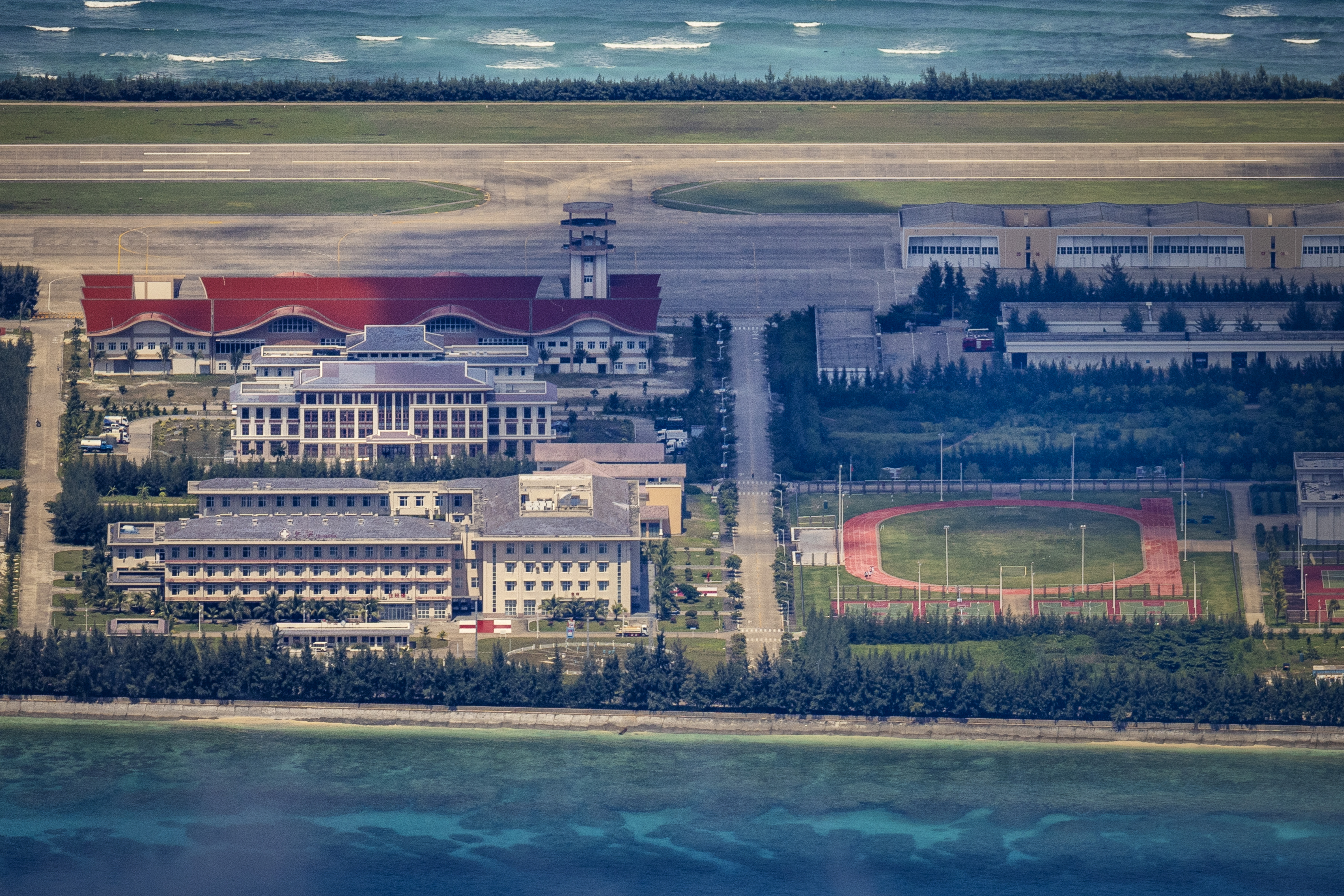 4China has asserted its claim of ownership over the South China Sea by building artificial islands – and arming them to the teethCredit: GettyAdditional barracks and greenhouses have been constructed since photos were last seen of the islands in 2018 – along with an airport boasting a 3.1 km runway, according to The Telegraph.
Nearby hangars are thought to be hosting military transport aircraft.
Chinese President Xi Jinping formerly denied plans to militarise islands in the South China sea, but photos in 2018 showed China was building enormous military bases on the islands, with radar stations, communications towers, fast attack boats, and helipads.
In 2017, China built a floating nuclear power plant to power the artificial islands it has been constructing in the South China Sea.
“To improve the livelihood and work conditions of people living on the islands – and strengthen the necessary military defences of the South China Sea within China’s sovereignty – China has rationally expanded the area of its islands and reefs,’’ the regime announced in 2017. 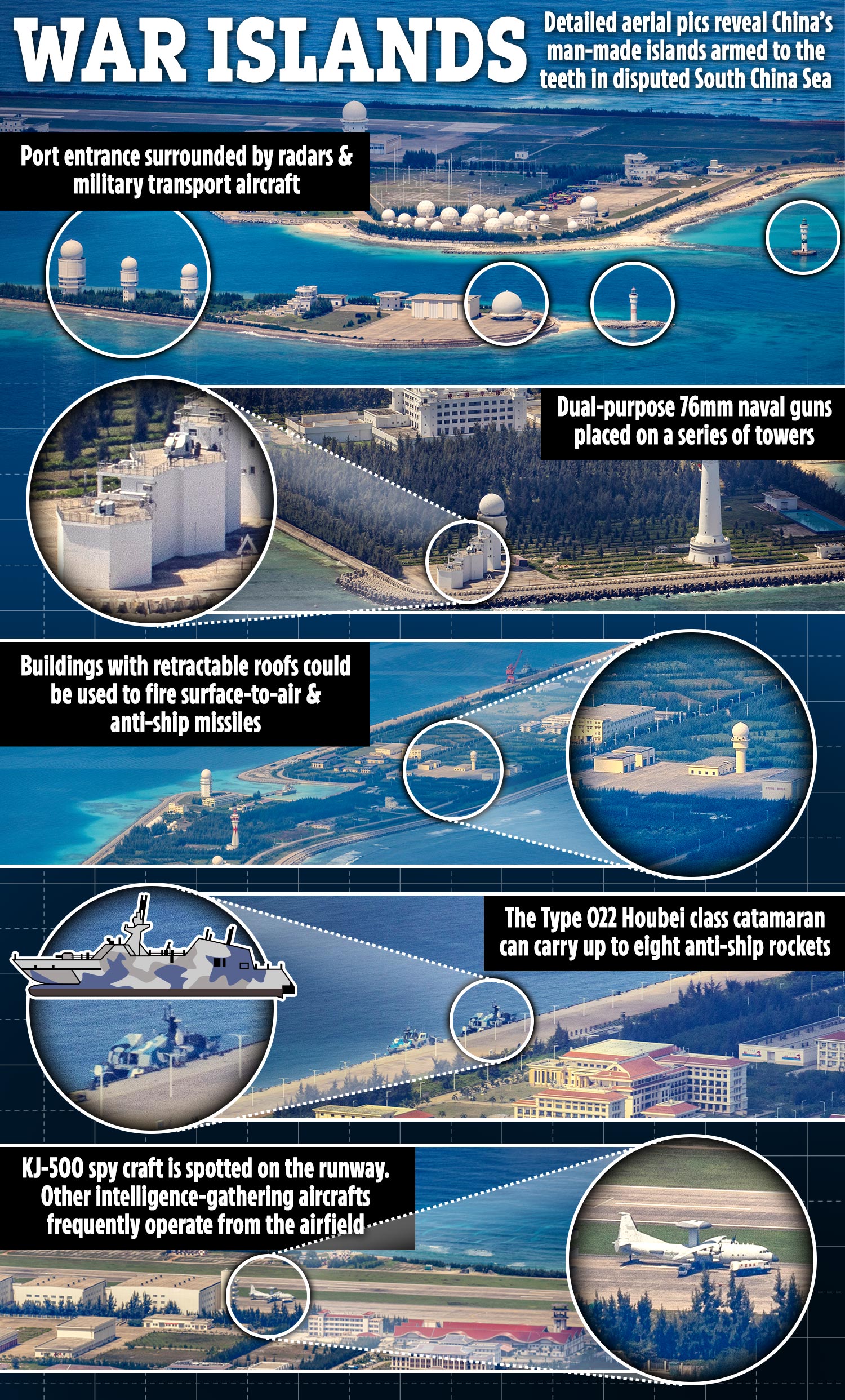 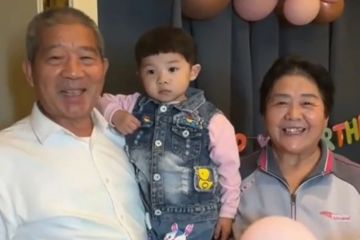 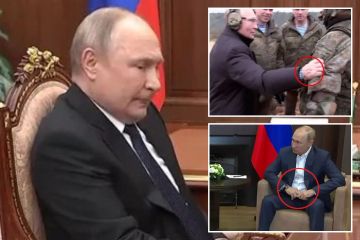 Clashes in the South China Sea have increased exponentially in the last decade.
China seized a shoal from the Philippines in 2012, engaged in a tense standoff with Vietnam over oil in 2014, and had a three-way row with Malaysia and Vietnam over the deployment of a Malaysian drillship to the sea in 2019.
The largest of the islands in the archipelago, Taiping Island, is currently controlled by Taiwan – which is at the centre of invasion plans being drawn up by Beijing.
When it was reported earlier this year by the media that the Taiwanese military was planning on extending the airstrip on Taiping Island, China reacted swiftly, saying Taiwan was “playing with fire”.
“Any attempt to collude with external forces and betray the interests of the Chinese nation is playing with fire and will surely be punished by both sides of the [Taiwan] Strait,” the spokesman for Beijing’s Taiwan Affairs Office said.
In March, U.S. Indo-Pacific commander Admiral John Aquilino said the U.S. had intelligence that China had fully militarised three islands in the South China Sea.
He cited it as the “largest military build-up since World War II by the PRC (People’s Republic of China)”.
The latest photos appear to have confirmed his statements. 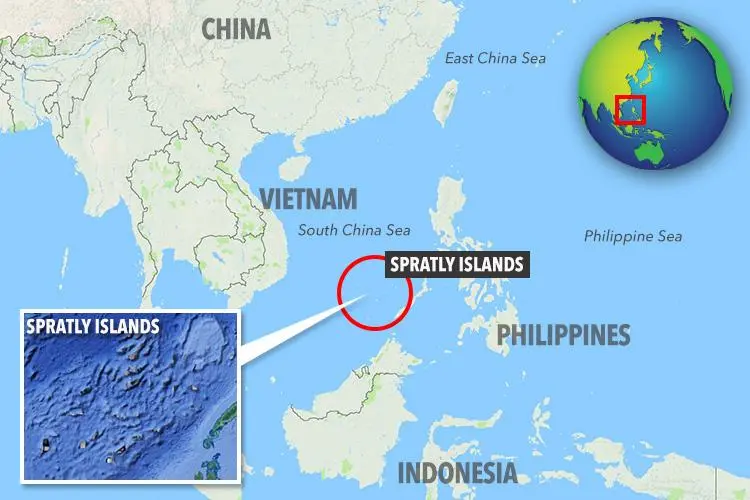 4
The continued militarisation of these islands violated international agreements, including a 2016 arbitration ruling in favour of The Philippines.
The tribunal in the ruling stated ‘‘there was no legal basis for China to claim historic rights to resources ” in the area.
The Spratly archipelago’s ownership continues to be disputed by China, Brunei, the Philippines, Vietnam, Malaysia, and Taiwan, as the area boasts natural resources such as natural gas, oil, and fisheries.
China’s military facilities in the archipelago are based on Mischief Reef, Gaven Reefs, Subi Reef, Fiery Cross Reef, Hughes Reef, and Cuarteron Reef.
This recent is a snippet of what China has been doing to grow its military operations worldwide.
This year alone, China has increased its defence spending by 7.1 per cent, making its defence budget the second largest in the world. 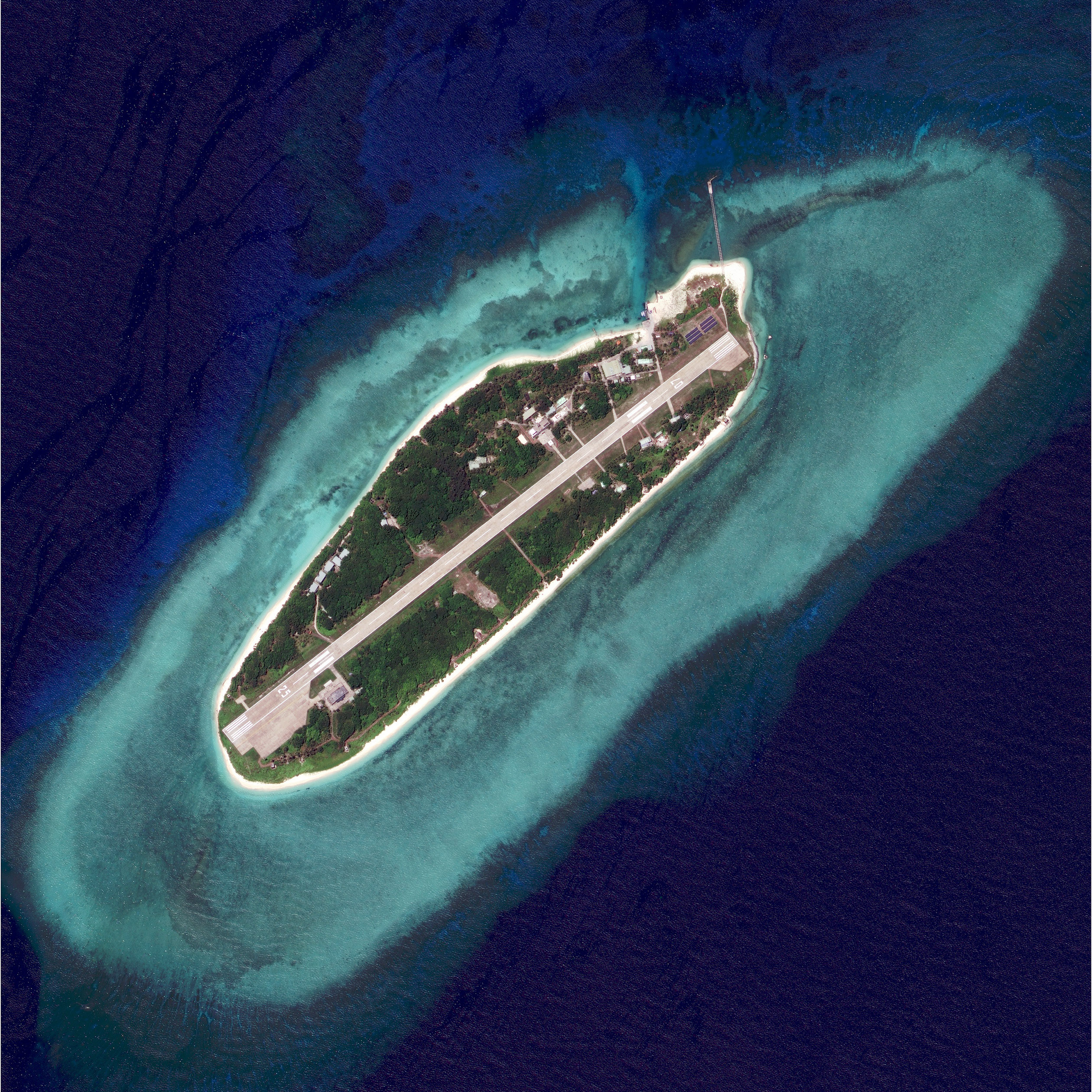 4Taiping Island is one of the many disputed islands in the South China Sea.Credit: Getty – Contributor
Story Credit: thesun.co.uk